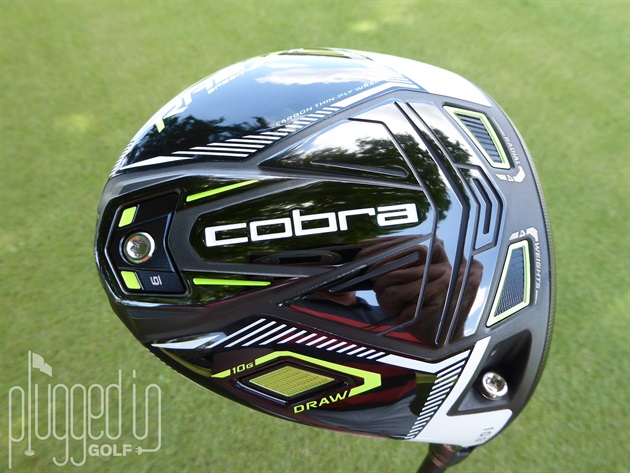 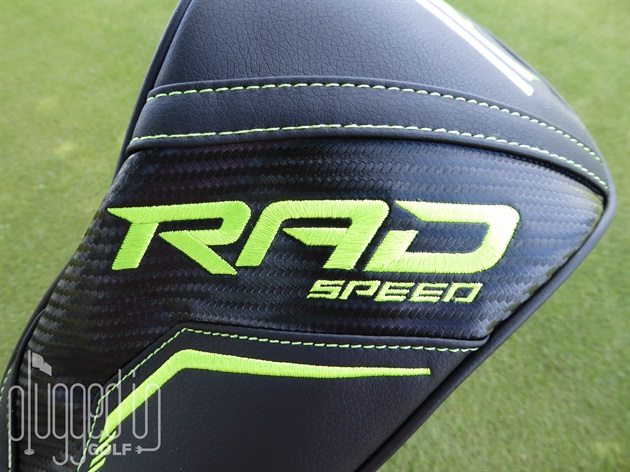 Matt Saternus kicked off our reviews of the 2021 Cobra drivers with the uber forgiving RADSPEED XB [full review HERE], proclaiming it the “the best feeling, best performing Cobra driver that I’ve ever hit.”  He followed that up with the standard RADSPEED [full review HERE] that offers moveable weights and a symmetrical shape.  In this review, I put Cobra’s third driver option, the draw biased RADSPEED XD, to the test. 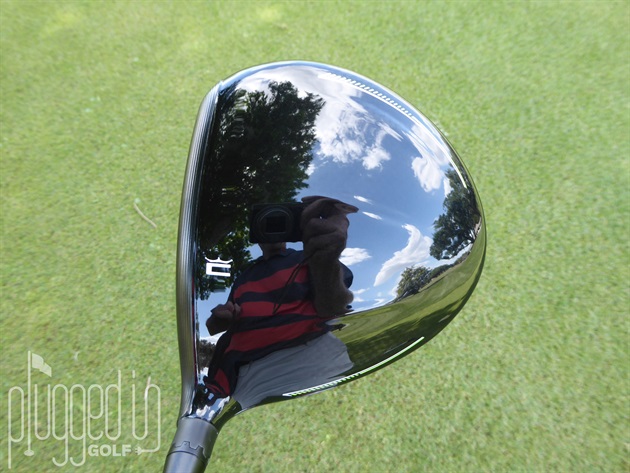 In the bag, the neon green stitching of the RADSPEED headcover is bold and eye catching.  Slipping off the cover, the distinctive color across the sole of the XD continued to hold my attention, highlighting both the model and weight ports.  Accents in white add to a look that’s busy yet somewhat expected of a Cobra club.

At address, the clubhead is long face-to-back with a hint of triangularity.  The deep gloss finish on the black crown is accented with pinstripe graphics and a crowned C alignment aid.  Although my photo makes the crown look mirror like, it’s much less so in a true ready position. 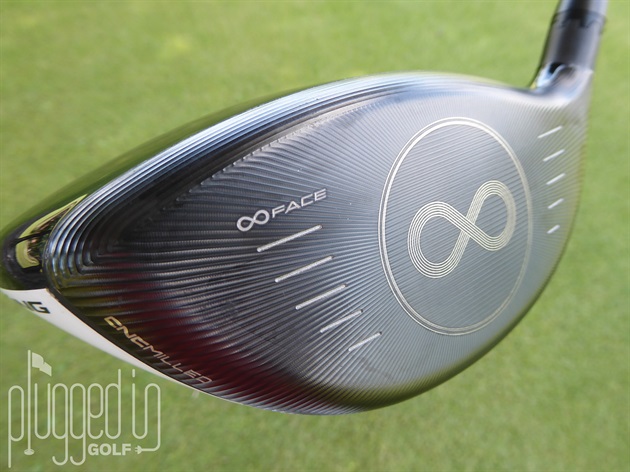 Extending to the edges and beyond, similar to the SPEEDDZONE, the Infinity Face is still true to its name and still mesmerizing to look at.  But new for the RADSPEED drivers, Cobra designers revamped the center section to horizontal instead of circular milling for better moisture management (think early morning tee times).  That’s the kind of details you get with collaborators like Bryson and Lexi. 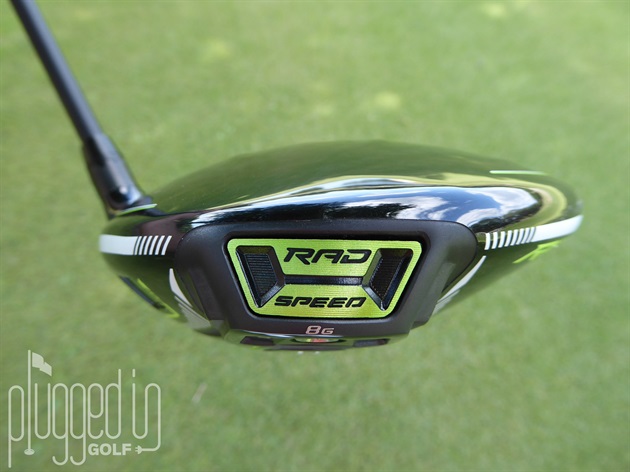 The Cobra RADSPEED XD offered an interesting dichotomy with a relatively soft feel at impact yet a deep pitched, fairly loud sound.  Even though the sound and feel seemed at odds, they combined in a very satisfying way that had me thinking “boom” without feeling the need to swing hard.  Feedback to my ears and hands was minimal unless my strikes were far from reasonable. 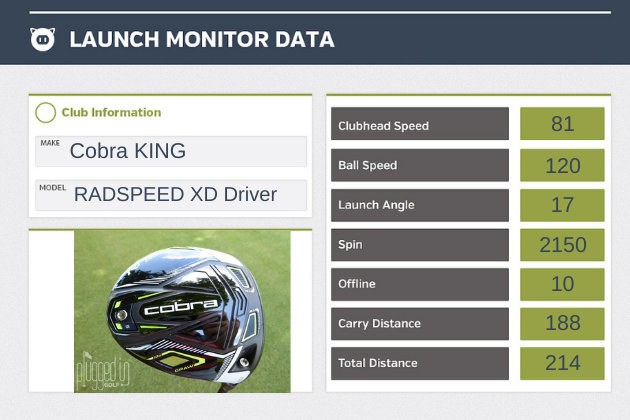 Readers of previous RADSPEED reviews may recall that the name refers to Cobra’s new RADIAL Weighting design.  In simple terms, the concept is to place weights as far from the club heads center of gravity as physically possible to maximize the radius of gyration.  Common to all three RADSPEED drivers are weight pods in the front and back of the heads. 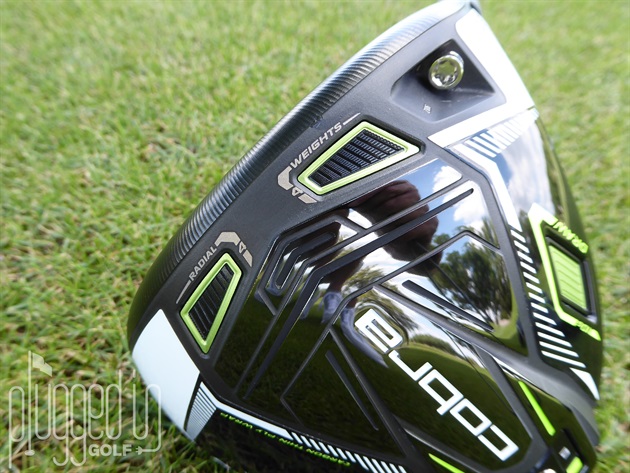 For the XD, designers utilized 4 gram pods in the front to keep spin low while a 14 gram pod in the rear boosts forgiveness. 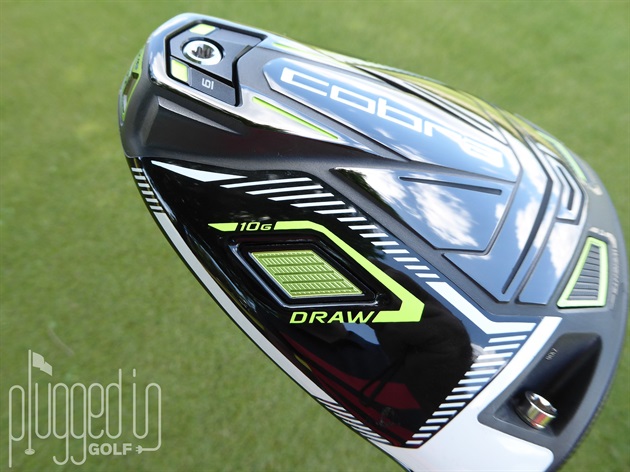 Additionally, the XD has a 10 gram pod on the heel side about midway between the face and the back to promote face closure – a slice busting feature.

As someone who typically produces a slight draw, the thought of a club that promotes an XTREME DRAW (hence XD), was a bit concerning, but my mind was quickly put at ease.  Not only was I not finding the far left side of the fairway as I had feared, my drives were actually staying right of center.  Trying to work the ball left to right with the RADSPEED XD, I ended up with near straight ball flight that validated the design intent of the driver. 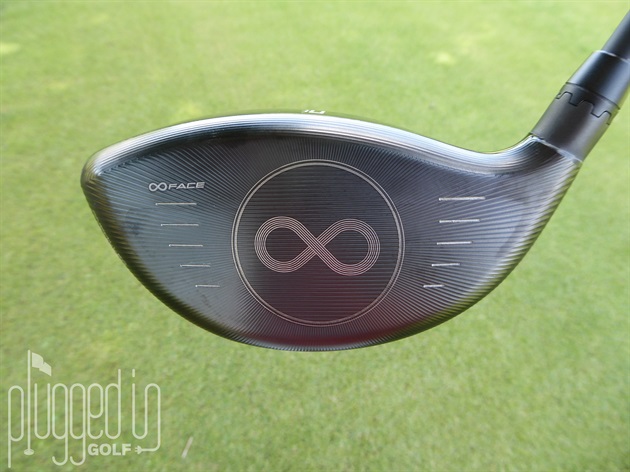 Reviewing the launch monitor data I gathered at Club Champion, Master Fitter Jay exclaimed “Impressive!”  Not only were the numbers good, they were very consistent.  Smash factor held strong in the 1.47 to 1.50 range even as I was tinkering with my swing.  Spin was in that nice mid-range that produced good height as well as roll-out. 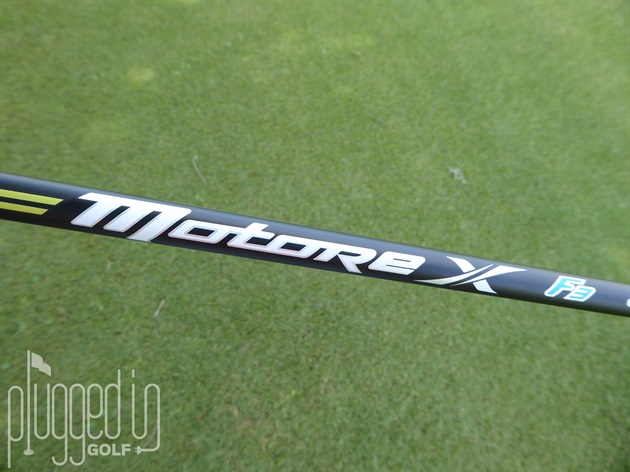 This was my first experience with the Fujikura Motore X shaft [full review HERE] and it seemed a great pairing – adding to the overall stable feel of the club.  I typically end test sessions by trying to ramp up speed and the RADSPEED XD and Motore X shaft combo delivered 2 additional mph without compromising spin or accuracy, while gaining 10 yards of carry. 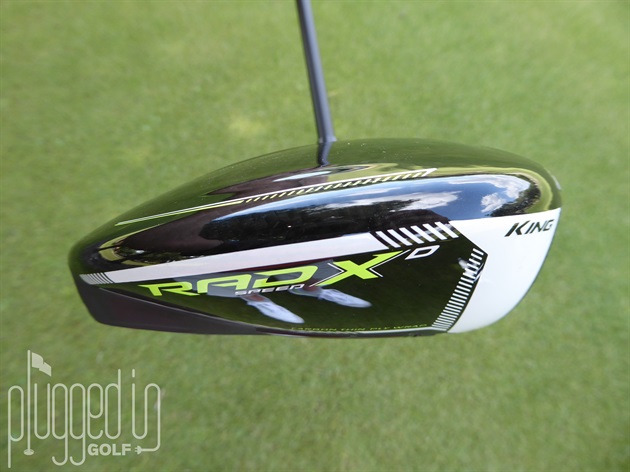 I didn’t mention the Infinity Face in the performance section, but it deserves some of the credit for the impressive, consistent spin and ball speeds found in my testing.  Similar to the drivers Matt tested, Cobra delivered on their performance declaration with the draw-bias RADSPEED XD.  For any golfers struggling with a slice, the RADSPEED XD driver deserves a few swings. 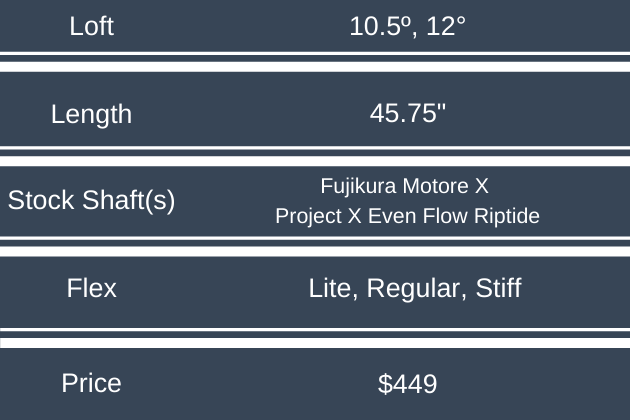