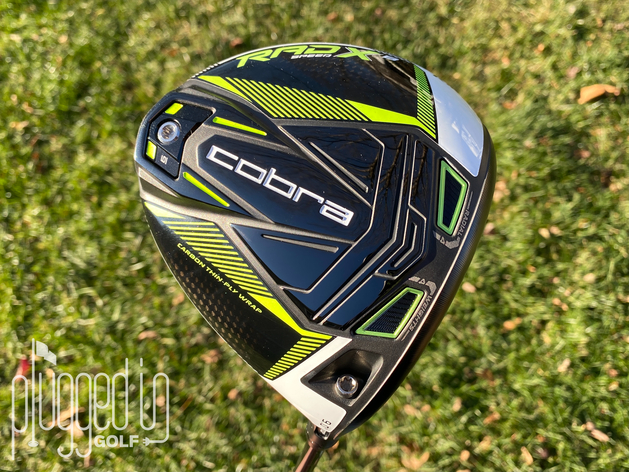 The Cobra RADSPEED XB driver is the most forgiving option in their new family.  Bold looks, as expected from Cobra.  Easy to hit straight and long. 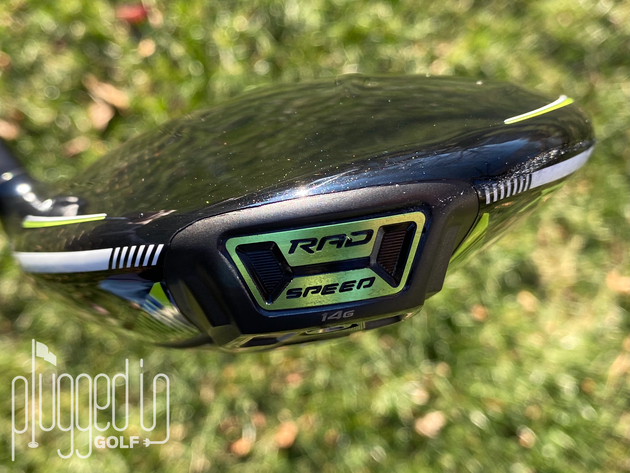 As has become their custom, Cobra struck first in the war of 2021 products with the announcement of the RADSPEED line.  Included in this family are three new drivers, each targeted at a different type of golfer.  In this review, I’ll be examining the RADSPEED XB (Xtreme Back) driver, which is designed for maximum forgiveness.

Check out the latest from Cobra, the LTDx Max driver, HERE 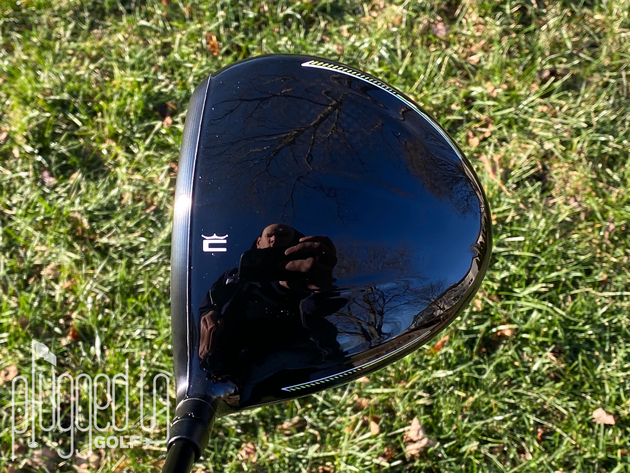 After an autumn of reviewing traditional, minimalist players irons, the Cobra RADSPEED XB driver was a welcome change of pace.  Cobra is never afraid to go bold, as you can see in the black/white/neon yellow color scheme.  On the headcover and the sole, the yellow screams off the black background.

At address, the RADSPEED XB driver is very long from front to back with a rounded triangular shape.  There’s a lot going on with the crown – patches of carbon fiber at the edges, white trim around the perimeter, and the “C” alignment aid.  It could be seen as distracting, but, for the Cobra player, I expect it to be a welcome break from the norm. 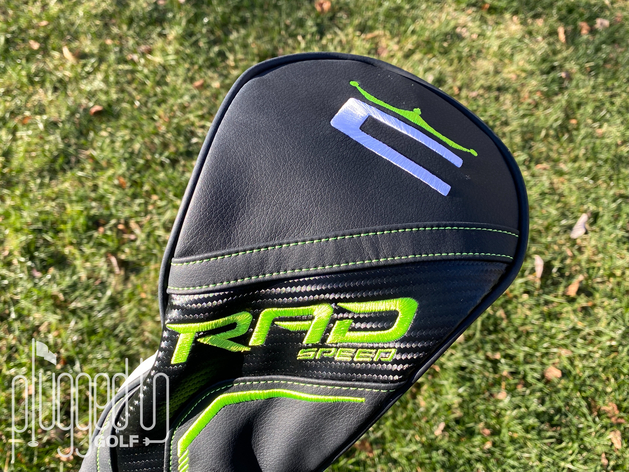 The one element that stands out in almost every position is the face milling.  Even at address, the infinity symbol and mill lines are visible and make the RADSPEED XB markedly different. 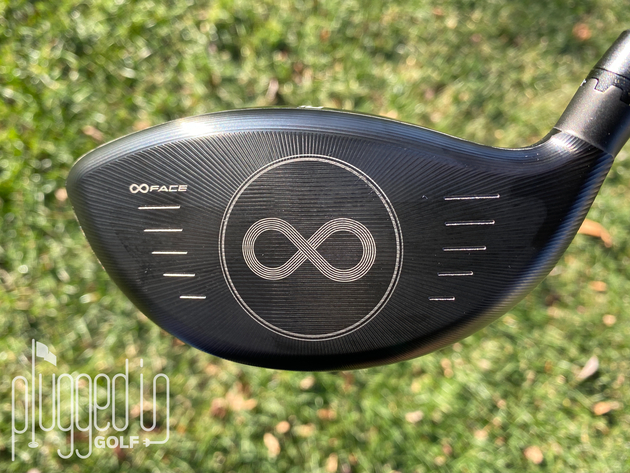 With such a bold look, I was fully prepared to hear a very loud impact sound.  While the Cobra RADSPEED XB driver isn’t quiet, it’s far from the loudest driver out there.  Impact creates a staccato, mid-pitch sound with slightly above average volume.

The amount of forgiveness in this head is evident in the feedback.  Unless I hit a ball on the outer edges of the face, I could barely feel it.  Similarly, the sound of pure strikes is almost indistinguishable from mishits. 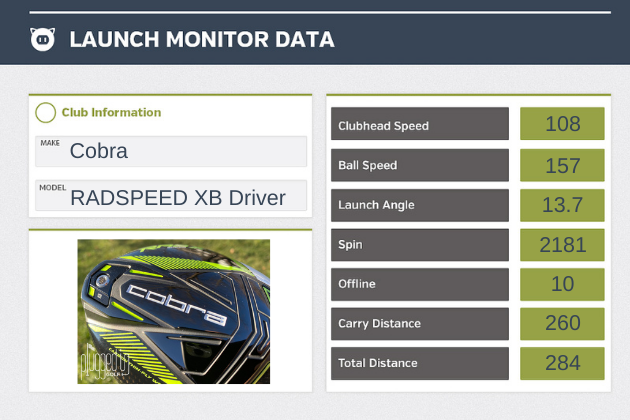 The name “RADSPEED” refers to Cobra’s new RADIAL Weighting.  Cobra has increased the distance between the front and back weights to “unlock faster ball speed with high forgiveness.”  In my podcast with Tom Olsavsky [listen HERE], I also learned that Cobra aimed not to maximize the rear weighting but to find a balance between front and back weighting that optimized performance.

All of that is a preface to me saying that the RADSPEED XB is the best feeling, best performing Cobra driver that I’ve ever hit.  In the past, many Cobra drivers felt excessively back weighted to me, which made them awkward to swing.  The RADSPEED XB feels “normal” during the swing but still has huge forgiveness. 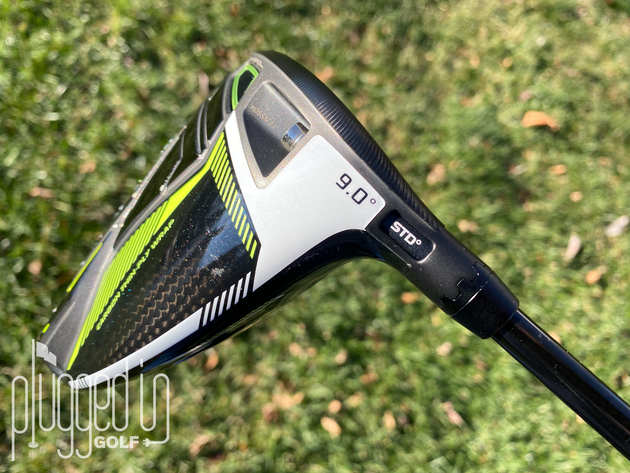 During my launch monitor testing, I was impressed with the consistency of the ball speed and distance.  As I worked into the testing session, I was hitting a lot of shots that were good but not pure.  Despite that, my smash factor never dipped below the high 1.4s.  When I finally got in rhythm with the Project X HZRDUS Smoke Blue RDX shaft and started finding the dead center of the face, there was a pleasant 5-10 yard boost. 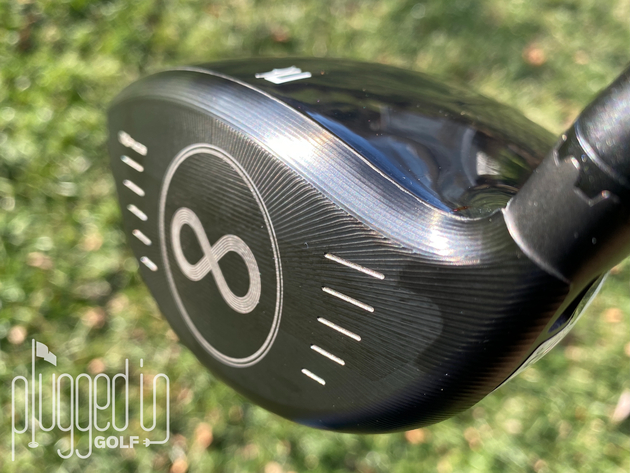 While reviewing the data, what caught my eye was the accuracy.  The RADSPEED XB is a mid-spin driver that really wants to put the ball in the short grass.  Whether it was those good-not-great shots, the pure ones, or the unmentionables, my drives didn’t curve much.  Every shot feels solid and ends up being at least a little better than expected. 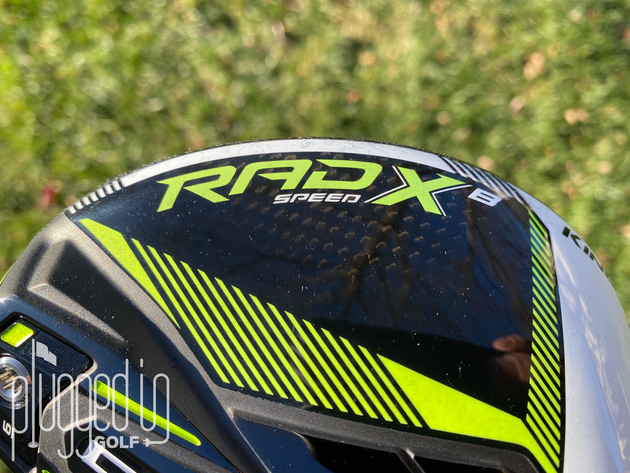 Last year’s SPEEDZONE drivers got a ton of love from a lot of people I respect, but it wasn’t for me.  The RADSPEED XB driver, however, has me joining the chorus to sing Cobra’s praises.  This driver is impressive both for its top end performance and its forgiveness.  When you’re testing drivers for 2021, this is one you cannot overlook. 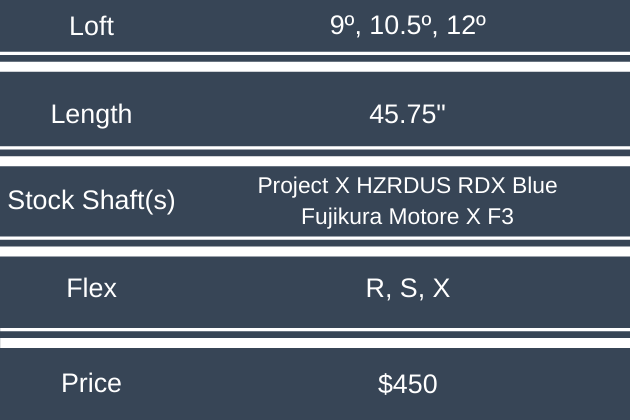