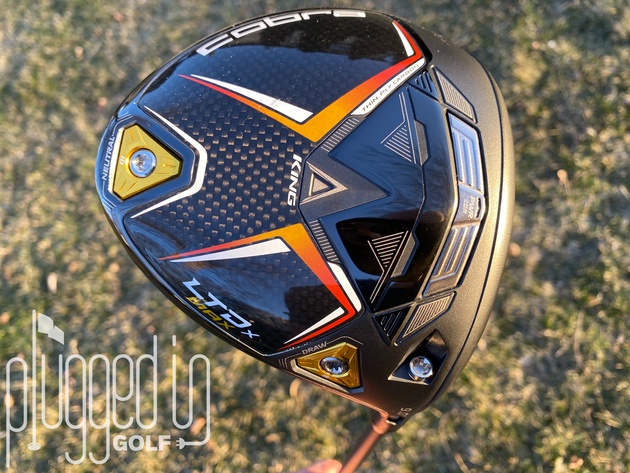 The Cobra LTDx Max driver checks the boxes for looks, sound, and feel.  One of the most consistent, easy to hit drivers I’ve tested this year.  Limited feedback. 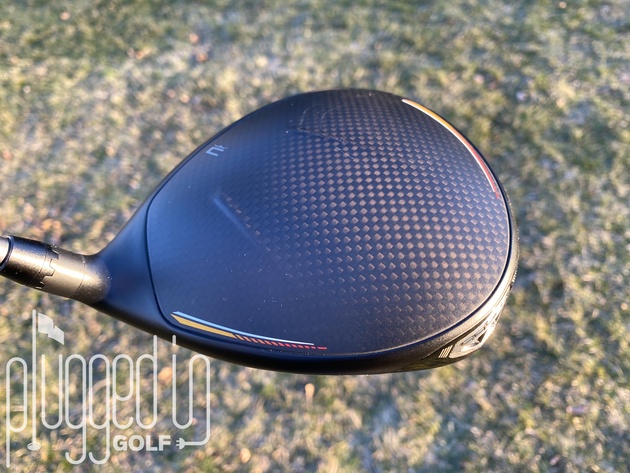 It’s been hard to get away from the hype surrounding a certain red-faced driver this year, but there’s been a growing contingent telling golfers, “Cobra’s new line may be even better.”  Having heard this from some trusted sources, I was eager to test the Cobra LTDx Max driver.  In Cobra’s three driver lineup, this is designed to be the most forgiving and the one offering more help in producing a draw. 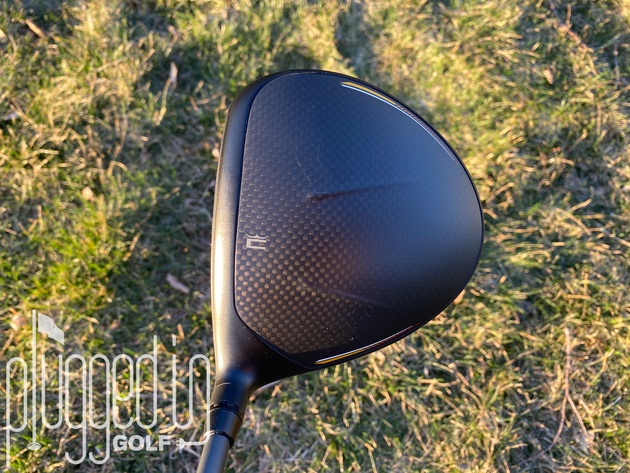 My preconception about Cobra drivers is that they tend to be overly triangular.  Knowing that I was testing the Max model, I thought the shape might get really exaggerated in that direction.  However, I think that Cobra did a great job shaping this driver.  In fact, I would classify it as more oval than triangle.  It leans slightly toward the heel, but it’s not something I noticed at a glance.

Moving beyond the shape, the address look has a lot of interest.  The crown is primarily carbon fiber with a thin “frame” on the leading edge.  Within the carbon fiber, there are two raised fins, similar to what you see on PING drivers.  They frame the ball and the alignment aid very nicely. 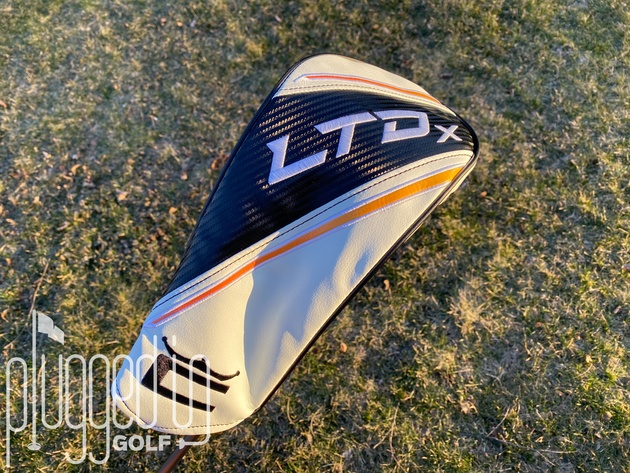 Flipping the Cobra LTDx Max driver over, my eye bounced between the gold weights and the bold graphics.  After taking in the more aggressive elements, I noticed that the sole is largely carbon fiber, just like the crown.  Overall, I like the look of this club.  It has that louder, Cobra style without going too far into “look at me!” territory.

The Cobra LTDx Max driver is available in two colorways: Matte Black/Gold Fusion (shown here) and Gloss Peacot/Red.  I’ve been a big fan of the Peacoat/Red colorway since I tested a fairway wood with that combo a couple years ago, but the black/gold is great, too.  The Gold Fusion really pops. 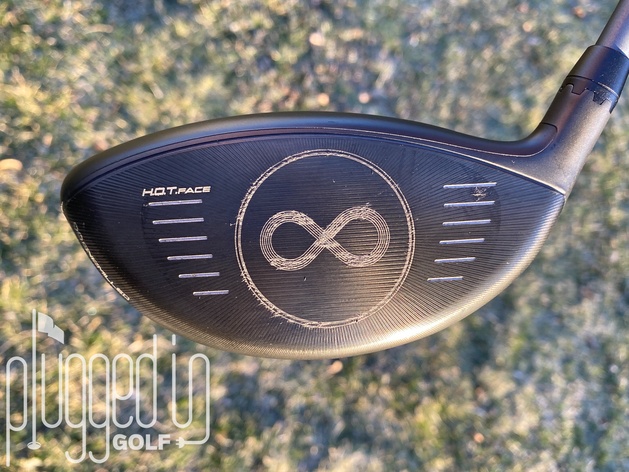 The Cobra LTDx Max driver has two modes when it comes to sound and feel: pure and other.  When you strike the ball in or near that cool circle on the face, you get a solid feel with a little pop.  The sound is a lively “crack,” medium in volume and mid-low in pitch.  It made me think of a snare drum.

When you get into the outer reaches of the face, the sound and feel get very dull.  The sound is almost persimmon-like, and the feel loses the explosiveness.

This all-or-nothing feedback is good for this driver’s target player.  It lets them know when they really messed up and congratulates them on good or great swings.  The high level player who desires pinpoint feedback will be left wanting. 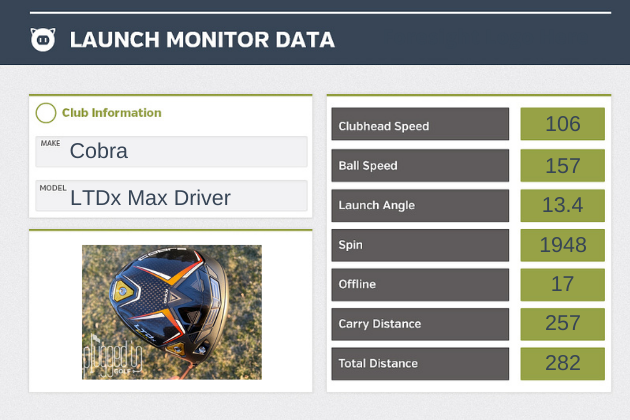 The sound and feel of the Cobra LTDx Max driver give you a clear indication of how it will perform.  If you hit the ball near the center of the face, the result is going to be good.  This is one of the most stable, consistent drivers of the year.  If you see a bad result from this club, it’s because you made a swing that deserved it.  Ball speed, launch, and spin are all very robust if you aren’t hitting extreme toe or heel shots. 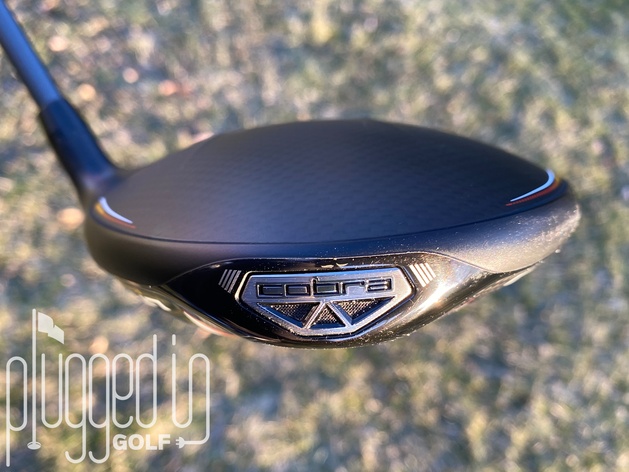 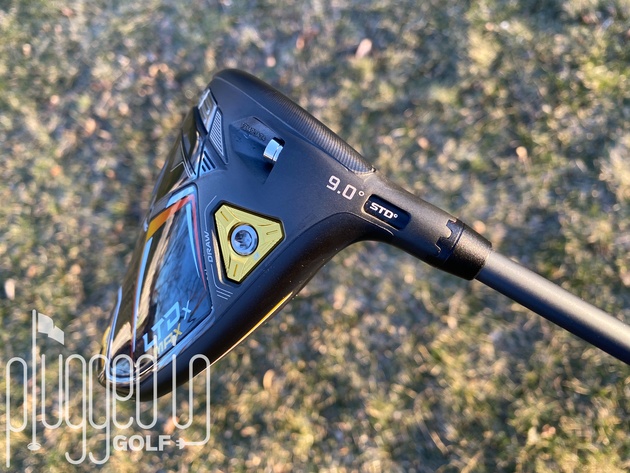 Additionally, Cobra has a graphic showing the ball flight tendencies of each driver.  The LTDx Max has a built-in draw bias that, per Cobra, produces a five yard draw.  They say that the LTDx [review HERE] produces a “soft draw” and the LTDx LS [review HERE] favors a “soft fade.”

I found that in the stock setting, the LTDx Max has a small but noticeable draw bias.  With a normal swing, the ball almost always ended up on the left side of the center line, but it wasn’t screaming left.  I could hit a straight shot or get the ball to move right with moderate effort.  If you need more draw bias, check out the Cobra Air-X Offset driver HERE. 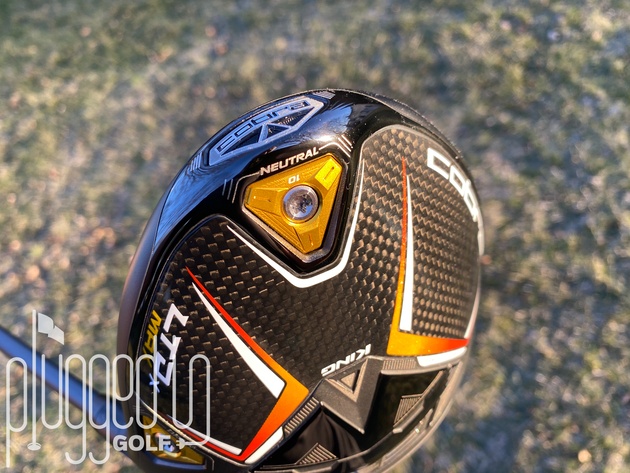 Finally, the Cobra LTDx Max has two modes of adjustability.  First, there are two weight ports.  The included weights weigh 10 and 3 grams.  Putting the heavier weight in the heel enhances the draw bias.  Additionally, Cobra allows for loft and lie adjustments at the hosel.  Cobra has my favorite system for this because it shows the setting in a window on the hosel. 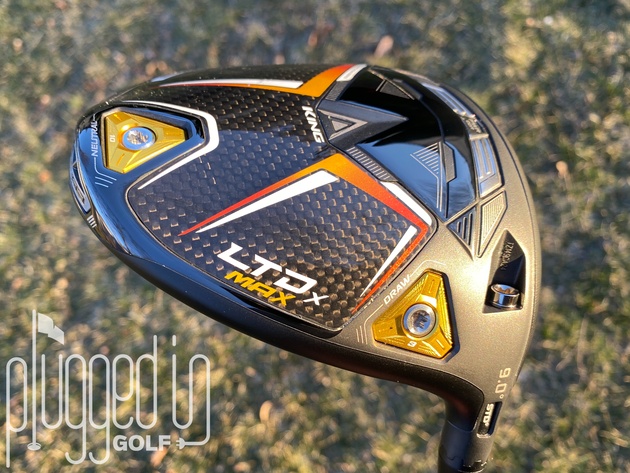 If you’re looking for a driver that delivers big performance without the hype, the Cobra LTDx Max could be right up your alley.  This is a remarkably consistent driver with the ability to go from slight draw bias to reasonably strong slice fighter.  Get fit for the right shaft and settings, and you’ll enjoy predictable tee shots all season. 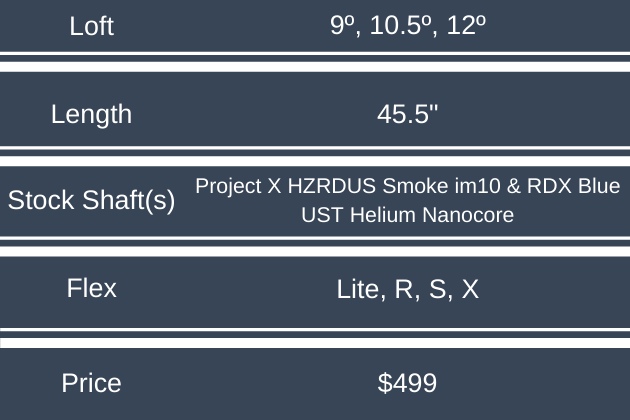