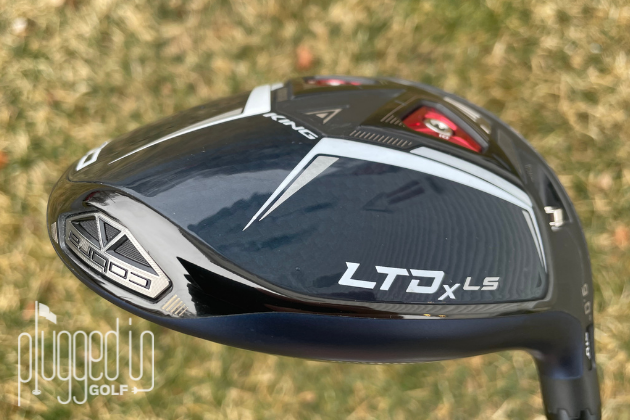 The Cobra King LTDx LS driver is going to surprise people in 2022.  High ball speeds, unique feel, and adjustability make it a sleeper pick in the driver category this year. 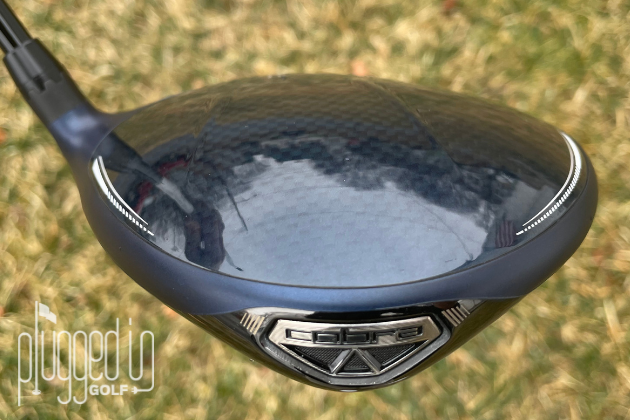 Cobra first introduced its Cobra King line of woods in the fall of 1996.  5 years later, they relaunched the King line and reached to number three in the wood market share.  Cobra continued to see tour wins over the years and found success worldwide.

Today, almost 26 years after its first launch, Cobra is releasing the latest version of the Cobra King drivers.  The LTDx LS claims to be its lowest spinning driver ever for better players with high swing speeds.  I put this driver in my bag to see how well those claims held up. 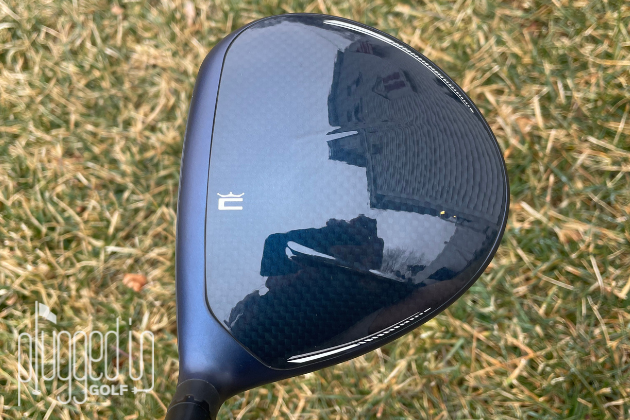 I was impressed with the color options for the 2022 Cobra drivers.  In this review, we tested the peacoat and red finish which is highlighted by an gloss navy crown.  Alternatively, the black and gold color scheme has a matte crown finish.  I like the options of both matte and gloss crowns in the same lineup.

The gloss crown is framed by a matte edge in the same color blue.  The sole of the club hosts two red replaceable weights near the front of the club.  Just behind the weights is another gloss navy carbon plate.  I am a big fan of the red, white, and blue color scheme, and I think Cobra nailed this design.

Color scheme aside, I wanted to give a mention to the loft window on the hosel.  Unlike other manufacturers, the loft is clearly marked with the degrees even as you adjust it.  This is a small detail that I think goes a long way, particularly for those who enjoy tinkering at home. 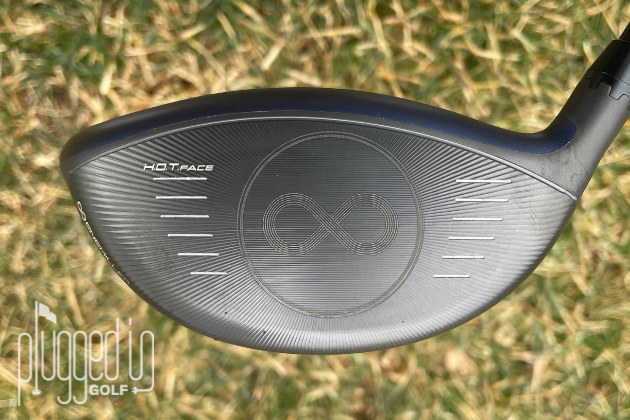 The Cobra King LTDx LS driver is the most unique feeling driver I have ever hit.  The steel milled face feels more like a forged iron than a typical driver.  It sounds very low in pitch with a metallic “snap.”  It felt quite natural to get used to as I knew exactly when I hit it on the screws.  I also knew when I didn’t.

Anything hit in the center of the face felt as if it would never land.  This is certainly a welcome feeling for most golfers.  Anything outside of that zone was not as enjoyable.  The instant feedback is very good for the better player. 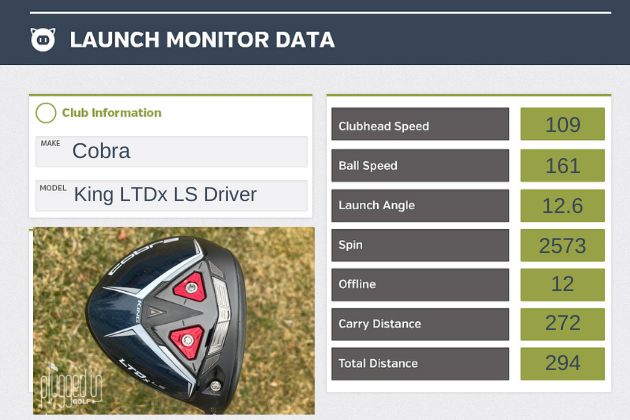 One thing that stood out with the new Cobra King LTDx LS driver is its speed.  Not just clubhead speed but the ball speeds off the face as well.  This is certainly a direct result of their new H.O.T. face technology which maximizes ball speeds using varied thicknesses across the face.

In addition to the face, a new lighter titanium chassis allowed weight to be distributed more low and forward.  Thus, bigger and longer drives.  What’s the tradeoff?  As the lowest launching and lowest spinning driver of the three models, it is also their least forgiving.  It is geared towards the better player who finds the center of the face more often than not.  Seeking more forgiveness?  Check out the Cobra LTDx driver HERE or the LTDx MAX driver HERE.  I realized this quickly as my best strikes were longer and further than any driver I have hit.  The problem was strikes that strayed from center saw a significantly larger dispersion area. 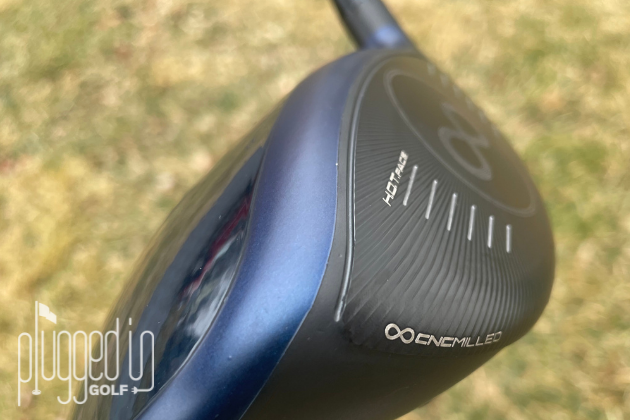 Despite my mishits, as I got comfortable with the Cobra King LTDx LS driver, I was able to use its adjustability to fine tune my ball flight.  Being that the LS model is less forgiving, the adjustable features were that much more important.  The LS model promotes a fade in the standard settings, which I prefer, but the hosel allows for adjusting to a draw setting should you need it.  The adjustable hosel that I mentioned earlier also changes the loft 1.5 degrees in either direction.

Something I found unique with Cobra drivers is that they offer tour length versions for their drivers.  This is a stock setup that’s one inch shorter (44.5″) than the standard at 45.5″.  Combine these options with a choice of crown finish, interchangeable weights, loft and lie adjustability and it might be the most customizable stock driver available. 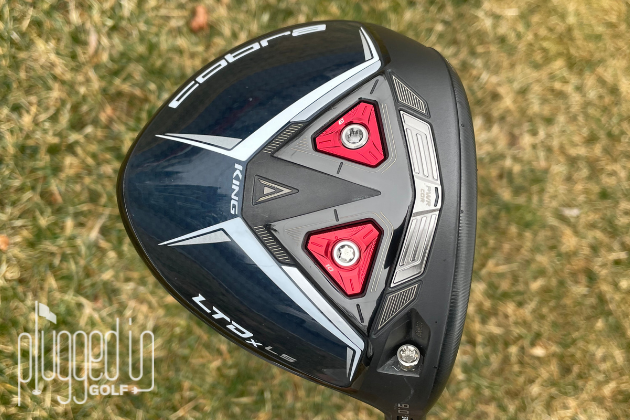 Cobra took a large step forward in the driver category in 2022.  The Cobra King LTDx LS driver is going to surprise golfers with its ball speeds alone.  Add in the pleasantly unique feel of the milled face and wide range of adjustable features and you get a recipe for success for golfers everywhere.  It is at minimum a must try for every golfer looking for a driver for 2022. 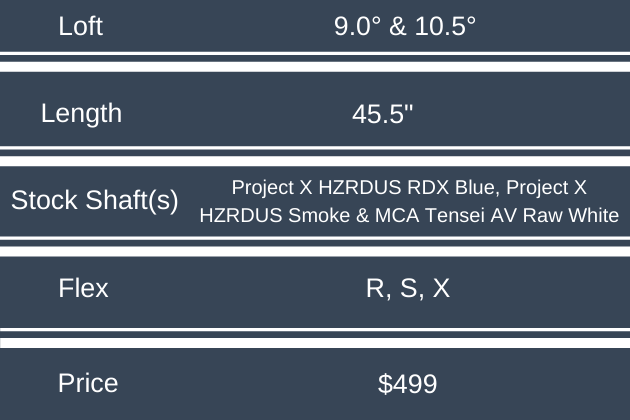