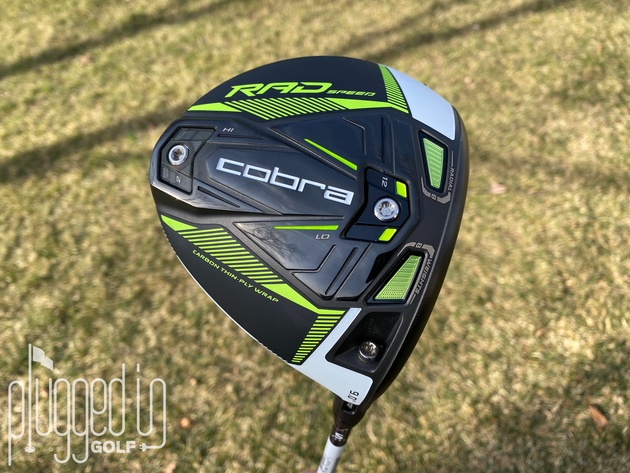 The Cobra RADSPEED driver is like two drivers in one thanks to the adjustable weights.  Excellent ball speed and low spin.  Unique sound. 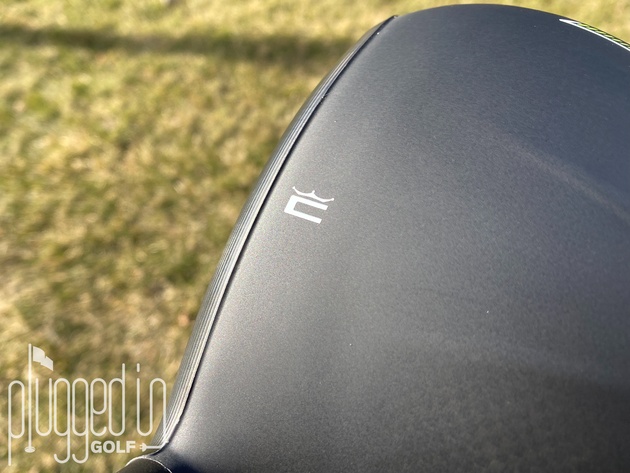 Earlier this year, I tested the Cobra RADSPEED XB driver [review HERE].  For the first time in several years, I really clicked with a Cobra driver, which I attribute largely to the Radial Weighting.  When I was offered the opportunity to try the RADSPEED driver, I jumped at the chance to see how Radial Weighting worked in concert with movable weights. 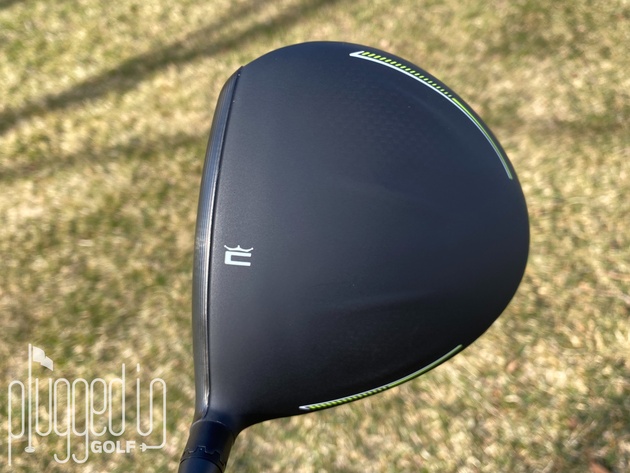 Cobra has the reputation as the boldest of the major OEMs, but they balance that boldness with mass appeal in the RADSPEED driver.  The Turbo Yellow is definitely a head turner, but, at address, there’s only a hint of it at the edges of the crown.

In terms of size and shape, the RADSPEED driver hits a nice sweet spot for me.  It’s not overly stretched from front to back, but it’s not compact either.  The symmetrical shape suits my eye.  Overall, I found it to be a powerful looking club at address. 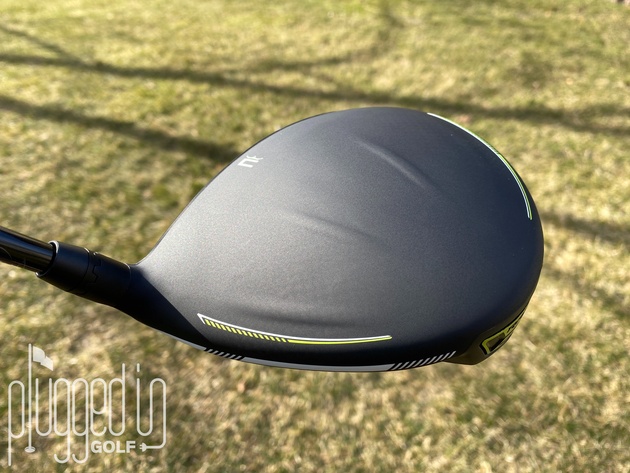 The sole of the RADSPEED driver is definitely bold, but by sticking to black, white, and one loud color, I don’t see more traditional players being put off by it.  Due to the bold Turbo Yellow graphics, the movable weights on the sole fly under the radar.  My favorite part of this driver visually is the mesmerizing Infinity Face.

The Cobra RADSPEED driver is offered in two colorways.  Shown here is the Black/Turbo Yellow version.  You can also get Peacoat (Navy)/Red.  I’m not generally a fan of colorful heads, but Cobra did a fantastic job with the “Peacoat” crown – it’s unique without being distracting. 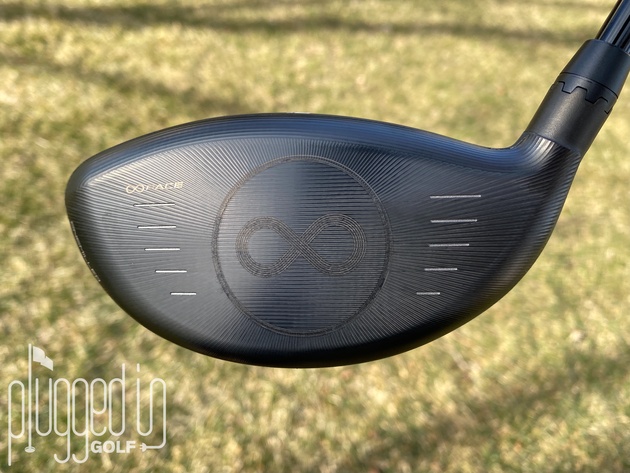 The Cobra RADSPEED is one of the most acoustically interesting clubs I’ve hit recently.  At impact, it produces a sound that’s high pitched but not shrill.  It has a sharp, staccato character that I associate more with lower-pitched clubs.  I usually don’t find high-pitched clubs to sound strong and meaty, but somehow the RADSPEED is both.

In terms of feel, the RADSPEED driver sits somewhere between solid and explosive.  The ball feels like it’s hot off the face, but contact is more satisfying than a typical hollow slap.  There is some feedback on strike quality, but it’s surprisingly muted for a players club. 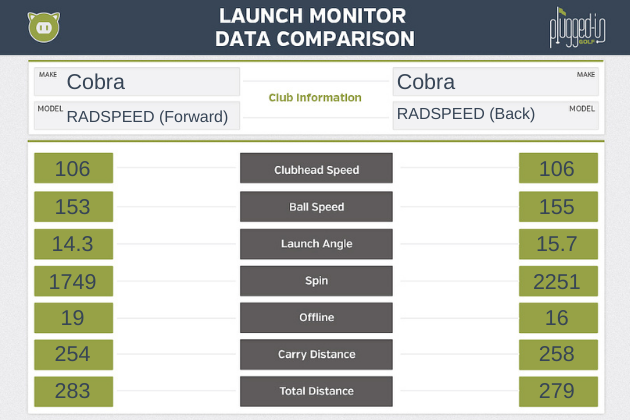 One trend I’ve noticed lately is OEMs providing more specific, accurate information to the consumer about the differences between their products.  Cobra is taking part in this with their RADSPEED drivers, and I applaud that.  Per their website, the RADSPEED is targeted at 0-15 handicaps (the RADSPEED XB is 5-15) and claims the fastest ball speed, lowest spin and launch, and most workability of the three new Cobra drivers.  These performance differences come about as a result of “forward-biased RADIAL WEIGHTING”; the RADSPEED XB has “back-biased RADIAL WEIGHTING”. 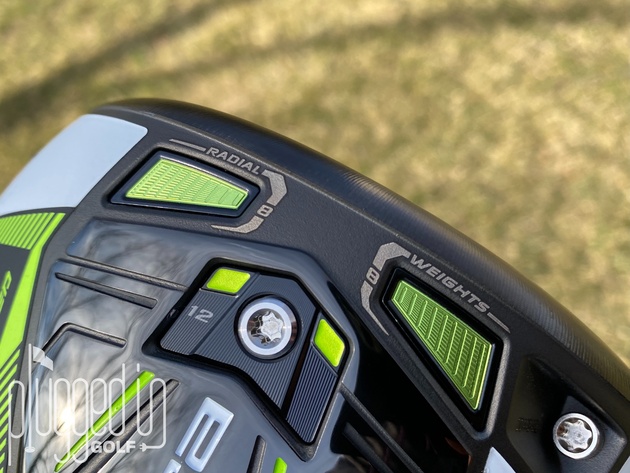 When I switched the weight to the back position, the numbers really moved.  Both the forgiveness and the spin jumped up noticeably.  As you can see in the chart above, my average ball speed was better with this more forgiving configuration.  Regarding spin, it’s always worth mentioning that you may see larger or smaller differences depending on your swing.

What surprised me about shifting the weights was that it didn’t change the feel as much as I expected.  I typically find that when the weight moves forward to back, one setting is good for me and one is terrible.  With the RADSPEED driver, both were very comfortable.  This may be attributable to Cobra’s Radial Weighting. 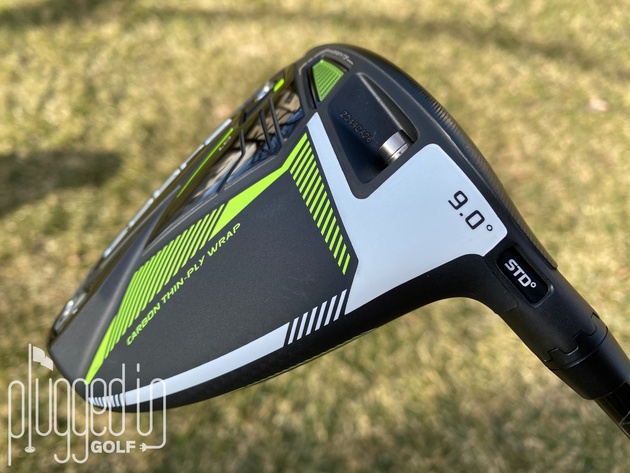 Cobra went the extra mile with the shaft options for the RADSPEED driver.  From Project X, they’re offering the HZRDUS Smoke RDX Blue [full review HERE], which is counterbalanced with a fairly stiff tip.  They also have two Fujikura Motore X options [reviews HERE].  The Motore X F3, available in regular and stiff, is a good option for the player with a moderate transition seeking a mid-launch, mid-spin shaft.  The Motore X F1, offered in stiff and X, is heavier with a stiffer shaft for higher speed, more aggressive swings. 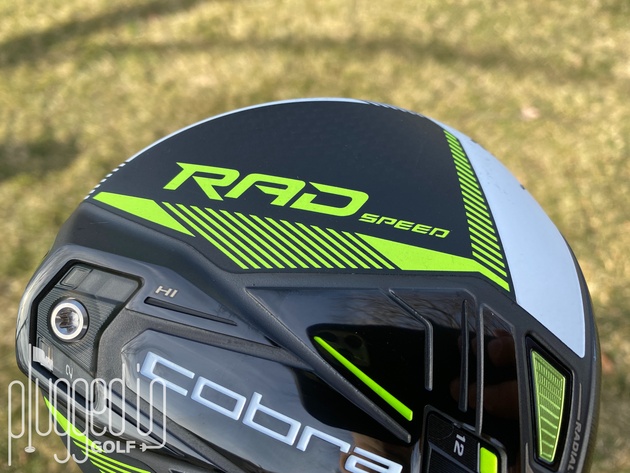 Whether you’re looking for solid forgiveness or very low spin, the Cobra RADSPEED driver can deliver for you.  The movable weights had a major impact on performance for me, so make sure you get fit for the right weighting as well as the best shaft.  When tuned to your specs, the RADSPEED is an outstanding driver. 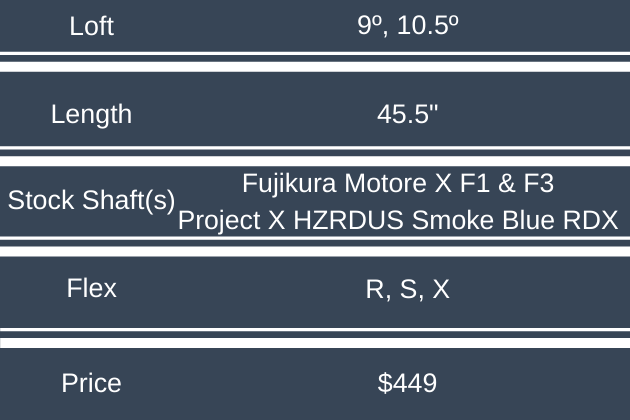