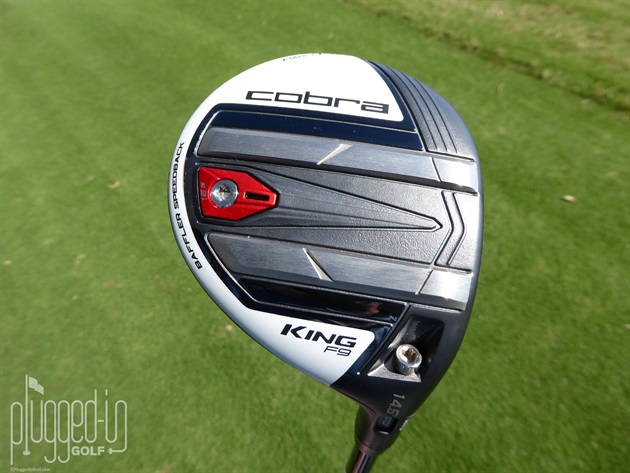 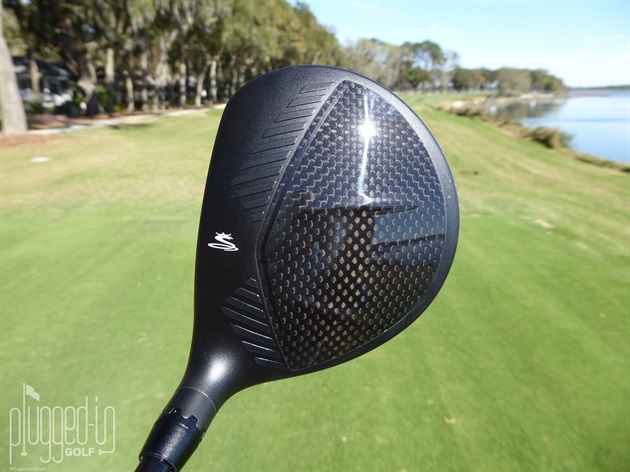 Being part of a strong lineup like the Cobra KING F9 Speedback club family isn’t always easy.  The big dog driver (review HERE) has been the talk of the town while even the hybrid (review HERE) has received a ton of attention.  Can the middle child fairway wood find its own voice?  I set out to give it a fair chance. 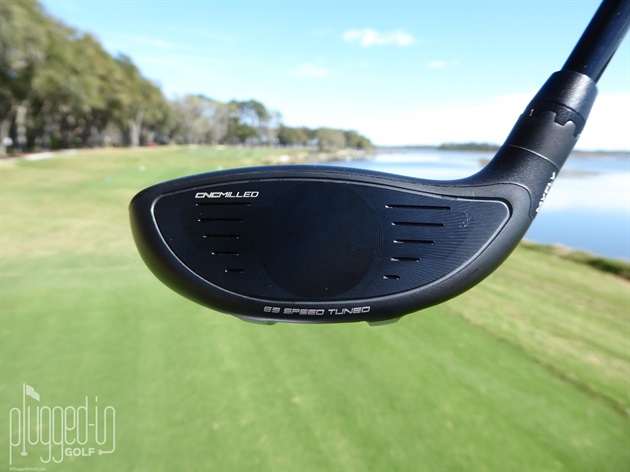 At address, the Cobra KING F9 Speedback Fairway looks like a smaller version of the driver.  The only distinguishing aspect is that the exposed carbon fiber is an insert rather than wrapping over the edge.  Two subtle ridges on the insert focus your eyes to the classic Cobra logo and centerline of the club face.  Helping to direct air flow, slightly raised polymer ‘trips’ are positioned across the front of the crown, providing visual interest without looking busy.

On the sole, dual Baffler rails give this fairway wood distinction while the red weight pod adds a pop of color.  The all-black CNC milled face looks like it means serious business.  The KING F9 also comes in an eye catching black and yellow combination. 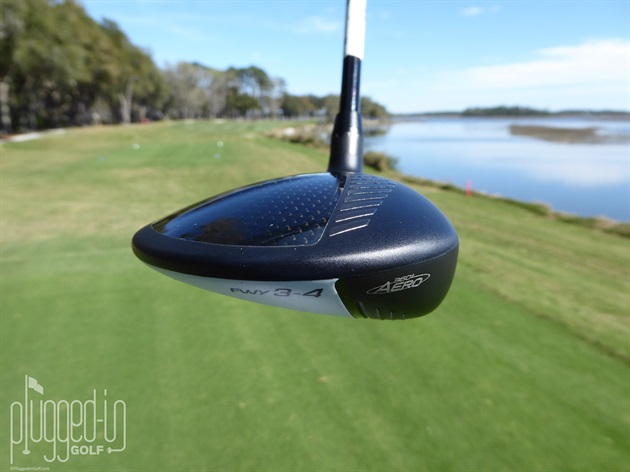 The sound at impact is reminiscent of the crack of snapping a green branch – crisp and restrained.  Paired with the Fujikura ATMOS Blue 7 shaft, the head felt solid and reactive when striking the ball anywhere on the face.  There’s the obvious feedback on extreme heel, toe or thin shots; otherwise the designed forgiveness is reflected in the uniform feel. 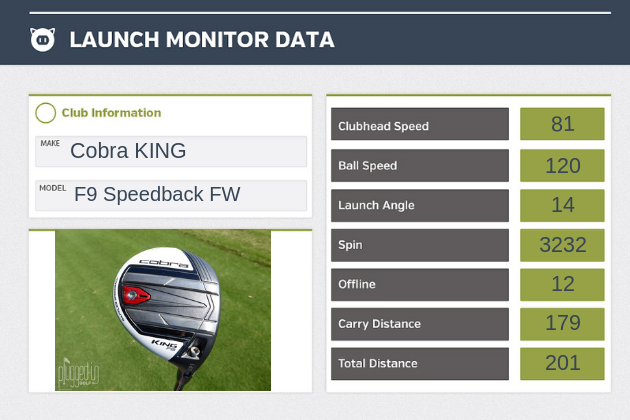 After learning about, and enjoying the benefits of, the CNC face milling on the Cobra KING F9 Speedback Driver, I was amazed to see it included in the fairway.  Turns out this was the first ever Cobra fairway to include the remarkable feat of precision milling, which also incorporates Dual Roll Technology designed for straighter, more consistent ball flights.   Data collected at Club Champion confirmed the consistent distance I had observed in my range testing.  What was eye opening were the extremely high smash factors – this face is hot. 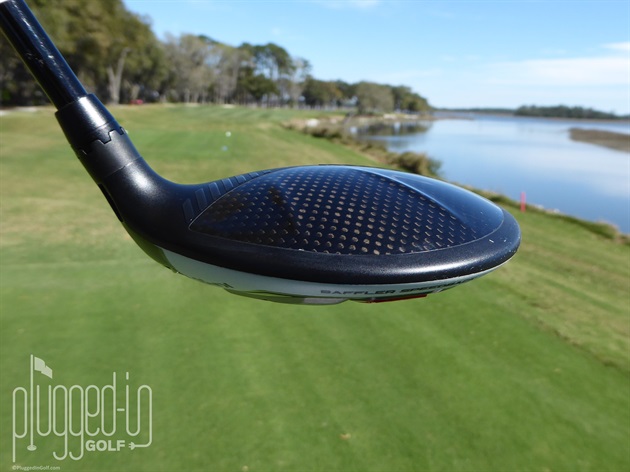 The Cobra KING F9 Speedback Fairway comes standard with a 15 gram tungsten weight that can be changed out to adjust swing weight.  The resultant deep and low center of gravity promotes higher trajectories and helps power the club head through turf.

Having gamed the F8 Hybrid for a year, I’ve come to believe in the Cobra Baffler Rails and their ability to glide the club head through grass of varying height.  The Baffler Rails of the F9 Fairway are shallower than the Hybrid and designed for more of a sweeping club path.  When my swing got a bit steep, the rounded leading edge of the Cobra KING F9 Speedback Fairway Baffler Rails kept me from digging into the turf and losing valuable yardage. 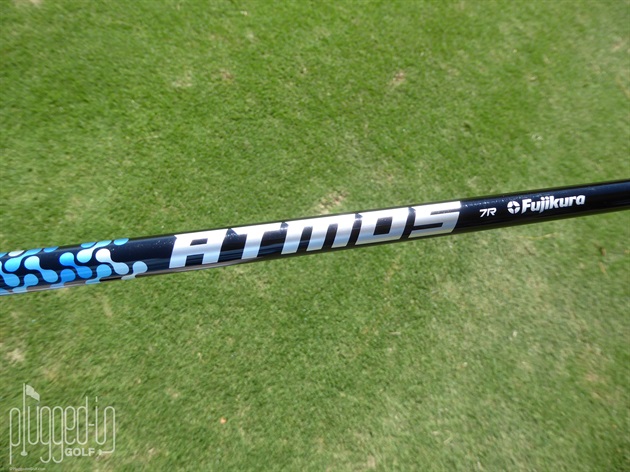 One note of caution – if you test the club on tight or worn artificial turf, be cognizant that the Baffler Rails raise the bottom of the club and thus the center of the clubface a bit.  Performance is still good, but as I learned, hitting off a more forgiving mat and grass, ‘real’ performance is much more impressive.  Also note that teeing up the Cobra KING F9 Speedback Fairway makes for an impressive mini-driver. 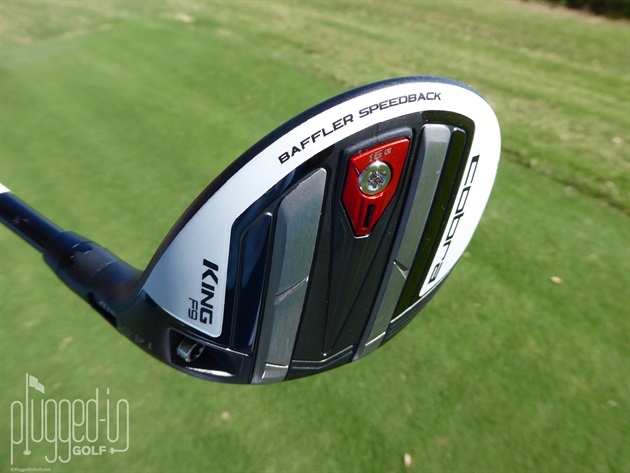 So often, fairway woods can’t incorporate the technology of their bigger siblings due to their physical limitations.  Not so with the KING F9 Speedback Fairway, where the Cobra designers were able to integrate CNC face milling to a revamped aerodynamic head.  Along with re-engineered Baffler Rails, this is a fairway wood worthy of consideration by golfers of all abilities. 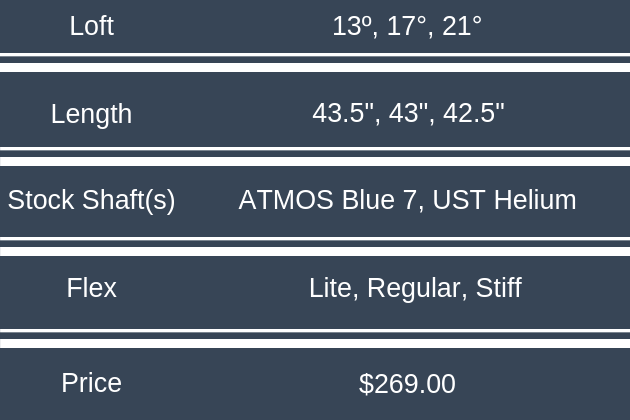