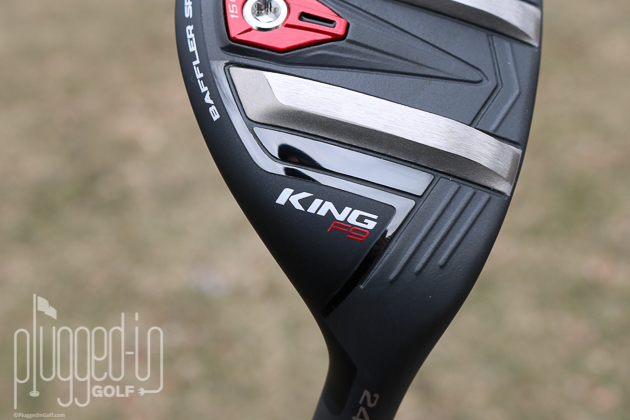 The Cobra KING F9 Speedback hybrid is one of the best iron-replacement hybrids I’ve tested.  Consistent distance with plenty of spin to hold greens. 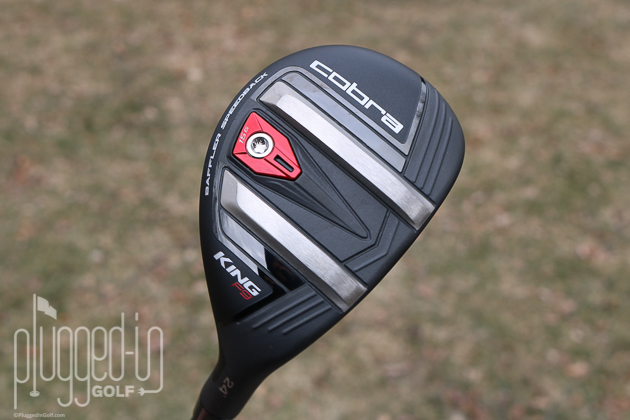 With so much emphasis on distance, it’s easy to forget that hybrids were first conceived of as a replacement for long irons.  The KING F9 Speedback hybrid shows that Cobra hasn’t forgotten, because it’s a stellar stand in for that hard-to-hit 3I or 4I. 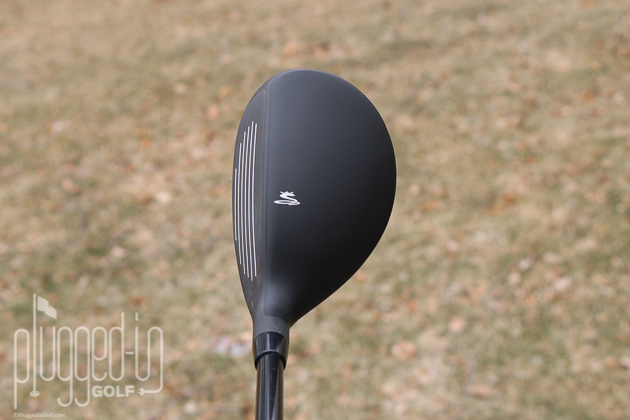 The Cobra KING F9 Speedback hybrid has a large, symmetrical shape at address.  In comparison to the F8 hybrid, the F9 is 10% bigger, but it ditches the crown graphics for a clean matte black look with a Cobra alignment aid.

The variable length version of the KING F9 has a black and red color scheme that’s carried from the sole through the head cover.  The F9’s sole has a lot more visual interest than your average hybrid with a red weight and silver rails. 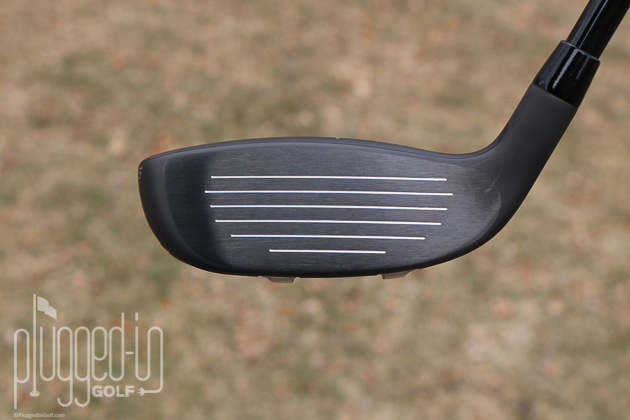 At impact, the Cobra KING F9 hybrid is surprisingly quiet.  There’s a small, metallic “tink” when you strike the ball perfectly, but that sound disappears when you stray from the center.  The feel of impact is very solid; not what I expected from such a large hybrid.

That small audio difference between pure and mishit shots is the extent of the audio feedback from the F9.  Your hands will feel the difference between good strikes and big mishits, but this is a club that’s designed for stability over precision feedback. 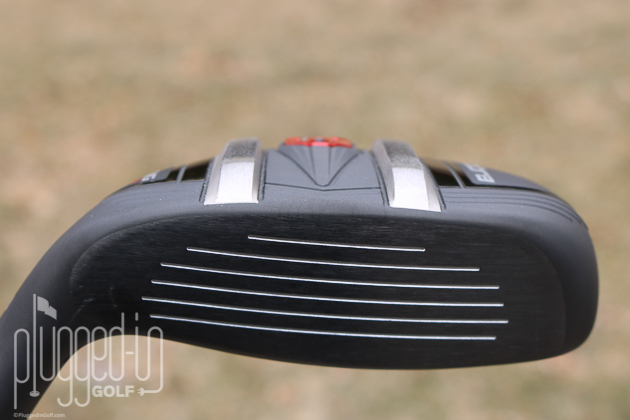 Distance sells.  That’s Golf Marketing 101.  However, when you’re staring at a long par 3, you don’t need crazy, brain-melting distance; you need predictable distance with the right amount of spin.  That’s exactly what the Cobra KING F9 Speedback hybrid does.

In my testing, the F9 hybrid delivered fairly high ball speed that was consistent from shot to shot.  The spin was in line with the iron that the hybrid would replace.  It was not so high that shots would balloon, but it was high enough that they would hold a green.

Critically, I did not see any shots that went much longer than expected.  Those unexpected rocket shots are what keep many players – myself included – from swapping out an iron for a hybrid.  Cobra seems to have removed that concern which makes me much more likely to bag one of these in place of my 4I.

Finally, the F9 hybrid features Cobra’s Baffler Rails.  I always find myself conflicted when discussing sole rails.  Many times, as with the F9, I do get the sense that they improve turf interaction and help to save fat shots.  Then I wonder if it’s a placebo, and I’m just paying more attention to turf interaction because of the rails.  I may never get a definitive answer, but I can say that the F9 produced very acceptable results from some chunky impacts. 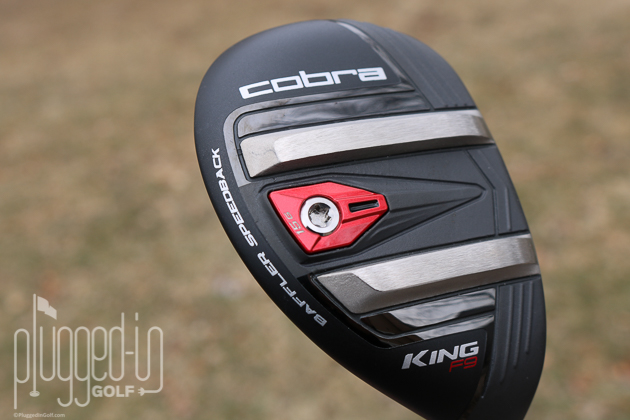 If you like to use your hybrids as precision instruments, you should go demo the Cobra KING F9 Speedback hybrids.  These are perfect long iron replacements because they provide consistent distance and green-holding spin. 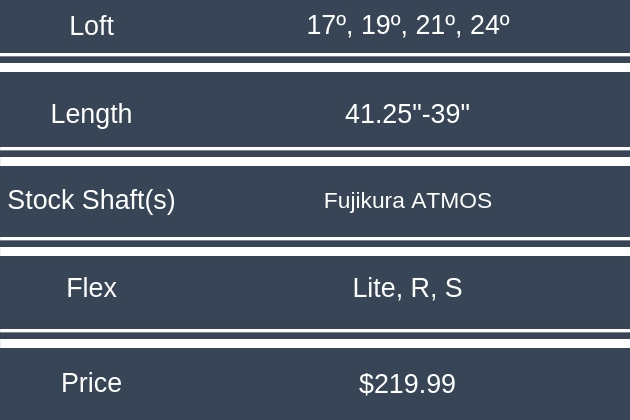