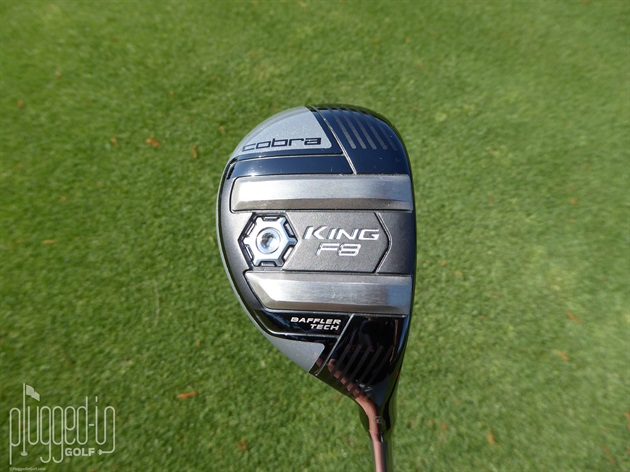 The Cobra KING F8 hybrid is an evolution of a proven design.  The dual Baffler Rails provide forgiveness and versatility for consistent results. 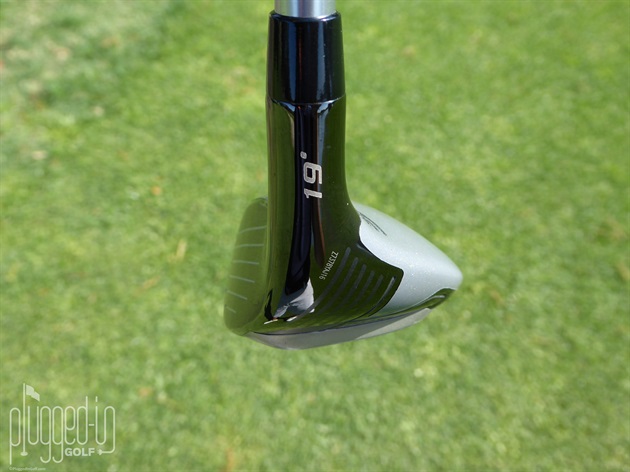 My love affair with hybrids started when I was seeking a club for the 190 yard par 3s that my long irons weren’t finding reliably.  Those sneaky architects had discovered my weakness, and apparently I wasn’t alone. Tom Crow, the founder of Cobra Golf, figured it out over 40 years ago.  There’s been a lot of innovation since the Baffler was introduced, but on Cobra hybrids, the rails are here to stay. 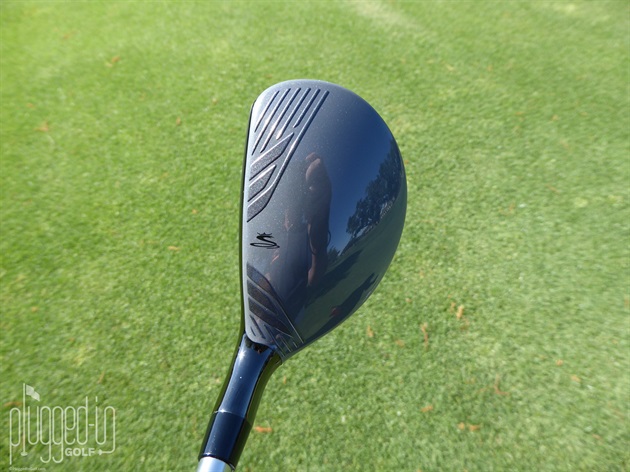 Pulling off the Cobra head cover, the rails really grabbed my attention.  Set against the black and grey of the sole, the silver rails look industrial and purposeful.  Overall the sole is a bit busy with three names and the weight port.

Fortunately, what’s meaningful is how a club looks at address, and the KING F8 hybrid has eye appeal topside. 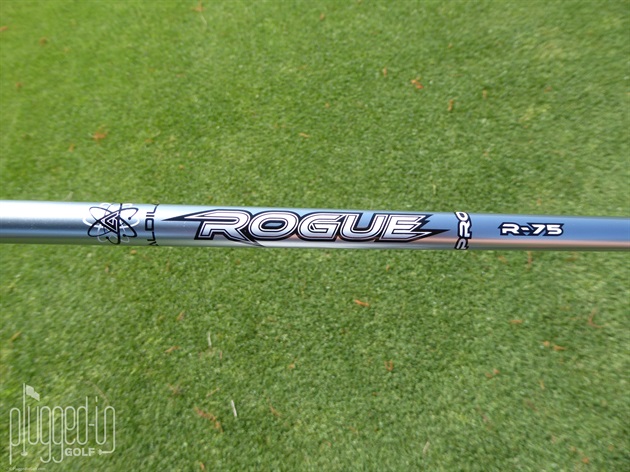 The deep grey crown is accented by aero trips and the quintessential Cobra logo for alignment.  Those aero trips aren’t just for aesthetics.  The lightweight polymer is designed to direct air flow in specific directions throughout the swing.  I’ve really grown to like the dark face, but it does show wear quickly.  The nardo Lamkin grip and matte silver Aldila Rogue Pro shaft complete a well thought out visual package. 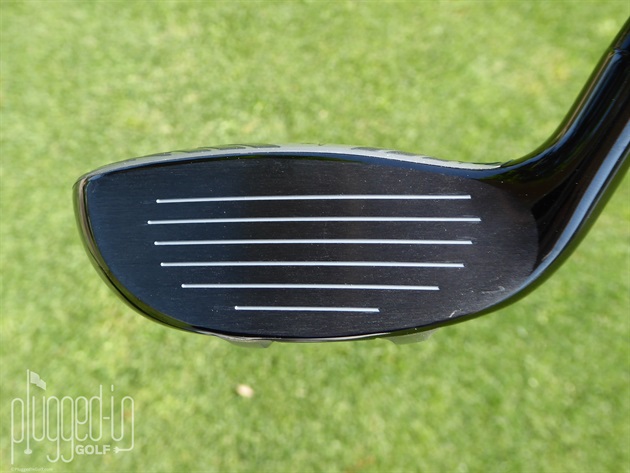 From the very first air swing of the Cobra KING F8 hybrid, the head felt heavy.  Not out of balance heavy, but more like ‘all I have to do is get this head delivered to the ball and it’s going to fly.’  Striking the ball, the sound is a fairly muted ‘thwack’ that was consistent across the face.  Every reasonable strike felt solid.  I had to get way out on the toe to feel some head twist.

For the KING F8 hybrid, Cobra designers decreased the spacing between the dual Baffler Rails for more stability.  Cobra also made the rails taller to increase the leading edge bounce to prevent digging.  I don’t have any experience with the previous model, but stability at impact is clearly attributable to the rails guiding the club for consistent contact.  I was taking almost no divot, a marked difference from my gamer. 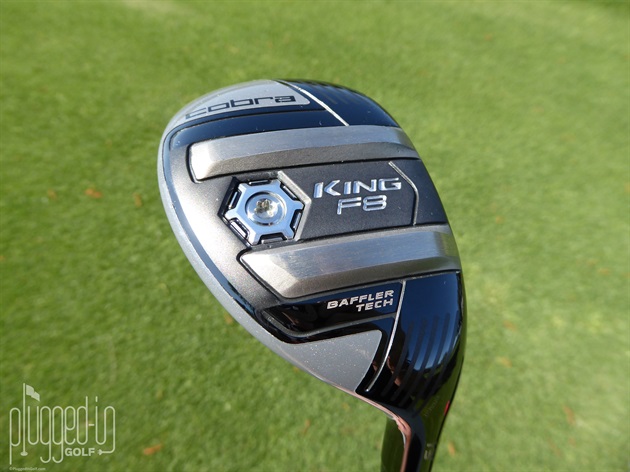 What I pictured with my practice swings was exactly what I experienced hitting balls.  The Cobra KING F8 hybrid’s launch trajectory was mid-high and the ball flight straight.  Extremely thin shots stayed low but really ran.  Even those toe shots found their way back to the target line with solid distance.

What I really enjoyed out on the course was the playability from all sorts of lies.  With the low, rear positioned weighting and Baffler Rails, I had consistently good results whether on nicely mown grass or in some gnarly rough.

At Club Champion, launch monitor data confirmed excellent ball speed and launch angle.  What really grabbed master fitter Evan Addington was the 42° landing angle, which meant green stopping power on those pesky par 3s.  I was seeing a couple yard left bias, but the sample grouping was so tight, it was something I could easily compensate for. 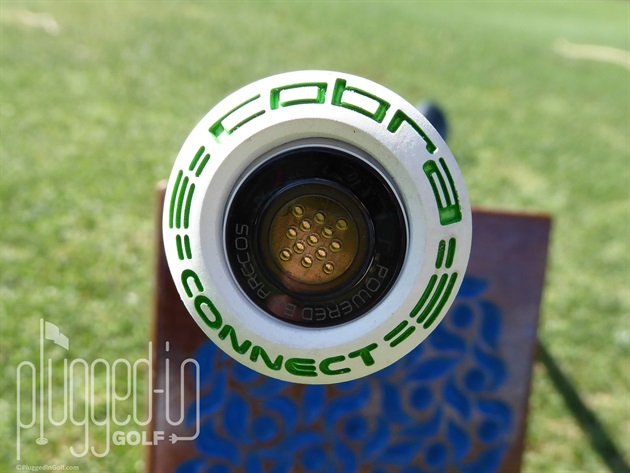 Just like the other 2018 KING F8 woods we’ve reviewed, the hybrid comes standard with Cobra Connect – an embedded sensor that works in conjunction with the Arccos 360 mobile app.  Beyond simple shot tracking, Arccos 360 has tour style analytics to help improve your game.  Learn more about the Cobra Connect feature here.  And see what Matt S learned from using Arccos 360 here. 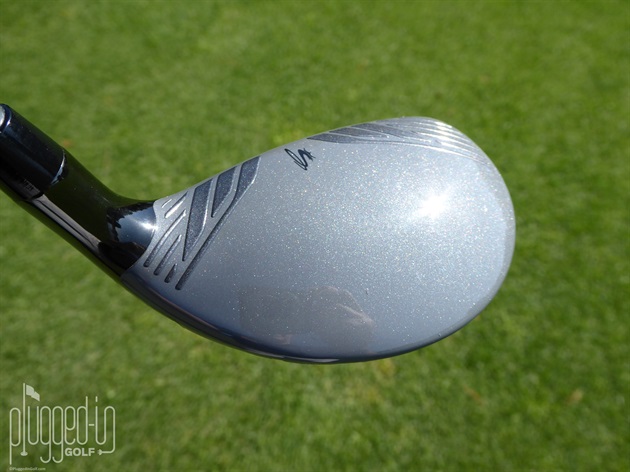 For a while, I’ve appreciated the ability of hybrids to glide through rough and provide forgiveness on longer shots.  The Cobra KING F8 hybrid provided both of those attributes, but what I really found compelling was the ability of the Baffler Rails to deliver consistency in ball striking.  Chunky shots were all but eliminated for me.  I’m looking forward to landing on greens and putting for birdies. 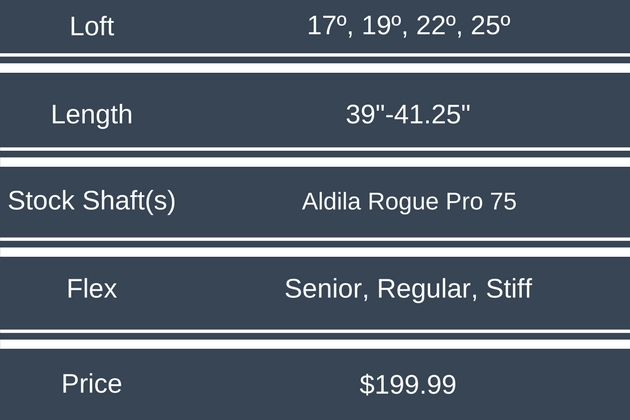