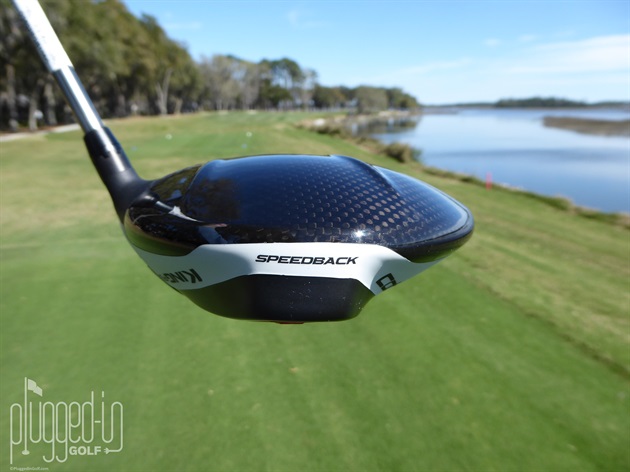 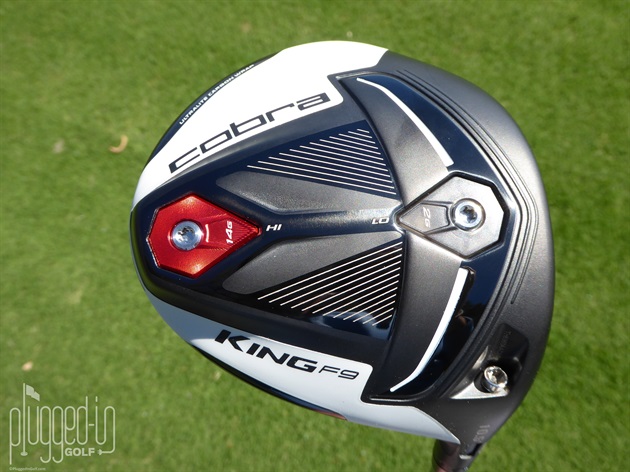 Hang around enough golfers in various places and common subjects emerge out of the chatter.  The Cobra KING F9 SPEEDBACK Driver has been one of those common subjects – and the talk is all positive.  What I discovered during testing was a driver worthy of all the hype. 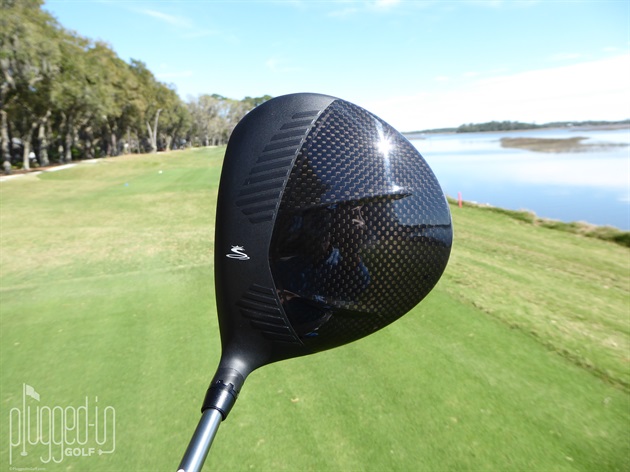 Eye catching from the very first photos was the Ferrari yellow trim.  Bold like Rickie’s orange Puma apparel, the black and yellow head combo is distinctive and attention grabbing.  I went with the more subtle avalanche off-white that also has a matte black finish on the crown.

The crown features exposed carbon fiber that wraps over the trailing edges.  Two ridges direct your eye to the classic Cobra logo and centerline of the club face.  Across the front of the crown, slightly raised polymer ‘trips’ are one of the aerodynamic features of the KING F9 Speedback.  They also provide visual interest without looking busy.

The front edge of the crown is rounded and leads to a tall face.  The bottom of the club head highlights the namesake SPEEDBACK shaping, which features a raised skirt and low weight pod on the trailing edge.  The shaping is sleek and distinctive in keeping with the aero theme. 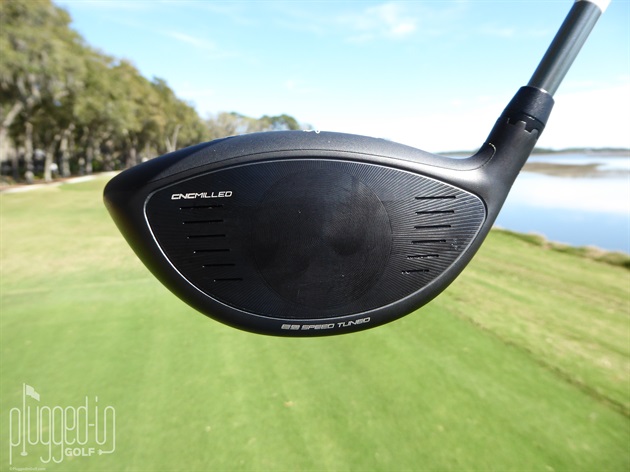 While counter balanced, the UST Mamiya Helium shaft still left the club with a bit of head weight that provided subtle feedback on head location during the swing.  The overall balance of the Cobra KING F9 Speedback kept me feeling the driver could take more swing speed – ‘let it fly’ danced in my head.  I could tell strike location with my hands yet the contact felt stable regardless of impact point.  Sound was a consistent, medium volume composite ‘crack’ with a deep tone. 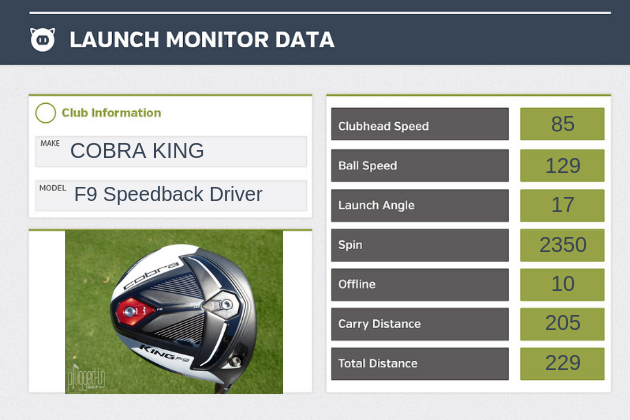 From my first few hits on the driving range I knew I’d be guilty of adding to the buzz around the Cobra KING F9 Speedback driver.  On reasonably good strikes, my shots had wonderful trajectories that carried past my normal landing markers and rolled out nicely.  Not as attention grabbing but equally noteworthy was the forgiveness on mishits.  Catching one low on the face still sent the ball high and straight.  High on the face and towards the heel, the ball started left then worked its way back towards the target line.  Tagging one out on the toe created a flight that was low but straight. 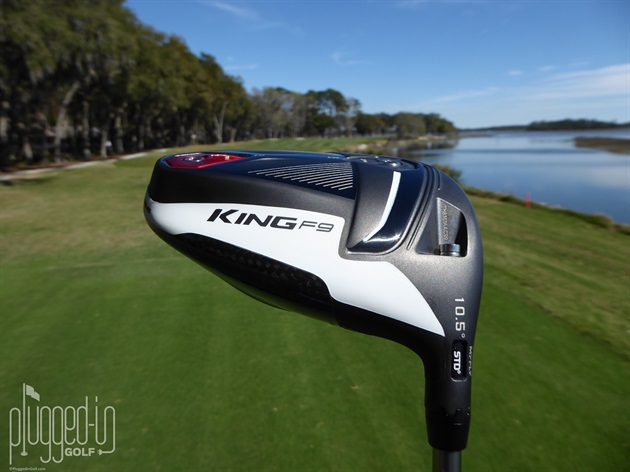 Earlier, I mentioned many of the performance elements of the driver head that achieve Cobra’s two main design goals – max clubhead speed and low center of gravity.   Most features have dual functions like the two ridges that frame the ball and add rigidity to the carbon fiber crown and return more energy to the ball.

On the launch monitor at Club Champion I wasn’t surprised at the data as it echoed my experiences outdoors.  Across the board, the numbers were super solid – highlighted by impressive ball speeds and remarkable consistency.  With four high quality aftermarket shafts to choose from, 8 adjustable loft settings, and the ability to swap weight positions, fitters can set up the Cobra KING F9 Speedback driver to maximize performance for golfers of all abilities and swings. 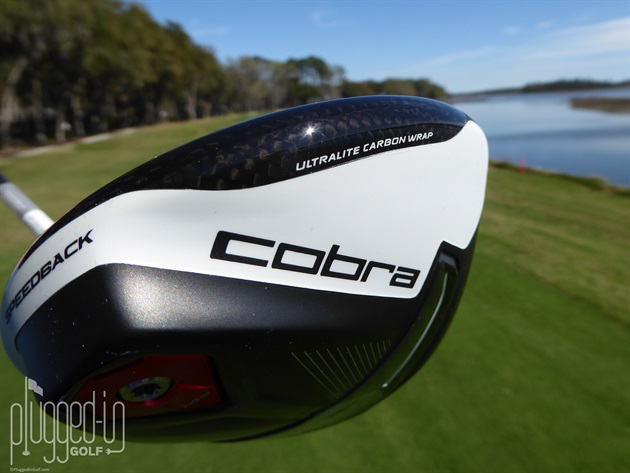 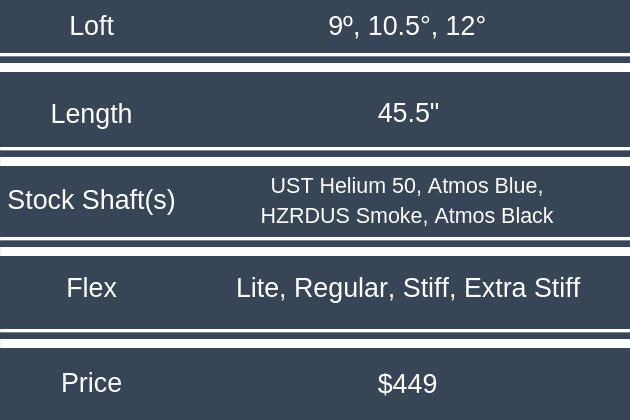