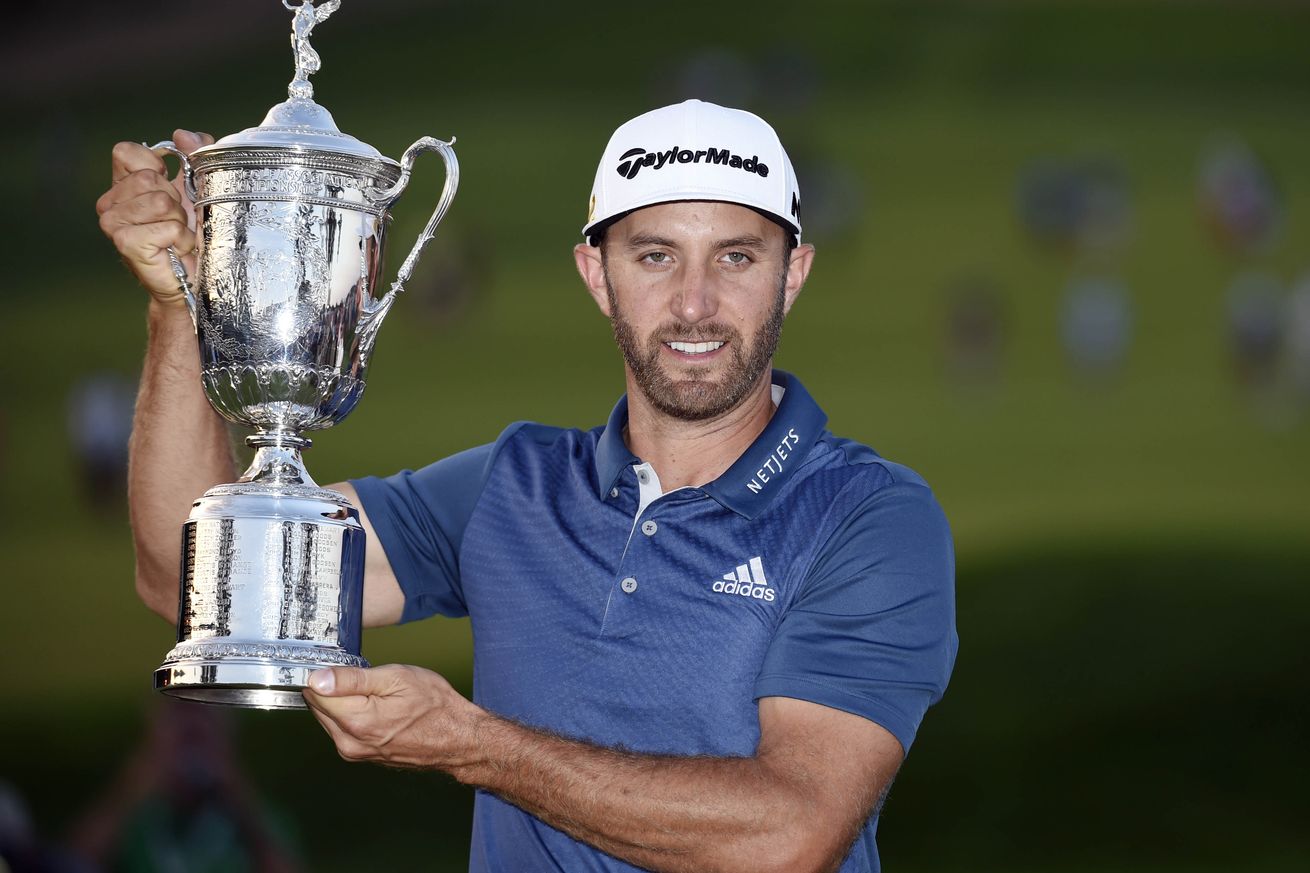 Dustin Johnson outlasted Ireland’s Shane Lowry on Sunday to capture the 2016 US Open at Oakmont Country Club in Oakmont, Pennsylvania, the first ever Major Championship for the South Carolina native.  Johnson finished the week with a 1-under 69 on Sunday en route to his 4-under par performance for the week, good enough to finish three shots clear of the field for his first ever Major victory.  Johnson wasn’t always in the driver seat, however, at Oakmont where Shane Lowry held a four shot lead after finishing his third round early Sunday morning, where it seemed he would be able to cruise to victory.  Unfortunately for Lowry, this was far from the case.  The Irishman stumbled to a 6-over 76, leaving him in a tie for second with Jim Furyk and Scott Piercy.

Johnson came out of the gates at Oakmont extremely hot, shooting a 3-under 66 and one stroke off of Andrew Landry’s lead.  After a variety of weather and darkness delays that pushed every round back at least half of a day, Johnson shot a consistent 69 and 71 in the second and third rounds, and hung around his 3-under number.  The rest of the field wasn’t so fortunate, as some huge numbers were posted through the second and third rounds, and many big names missed the cut, including the likes of Rickie Fowler, Rory McIlroy, Phil Mickelson, and Tiger Woods (just kidding!).

While DJ didn’t set the world on fire in his final round, he played consistent golf on a course that was anything but that.  He carded three birdies and two bogeys on his final 18, including a penalty stroke on the par 4 5th, which was assessed after his round in a heavily debated decision by the USGA.  Johnson’s ball had moved as he went to address his putt on the 5th green, and originally no penalty was incurred as he did not feel his actions caused the ball to move.  The USGA decided to inform Johnson on the 12th hole that the incident would be reviewed after the round, and that a decision would be made at that point, thus Johnson, nor the rest of the field, knew where he really stood on the scorecard.  At the end of the day, the penalty was assessed, but it didn’t matter as Johnson closed with some of the most clutch, stellar golf of the year.  He held a three (or was it two?) shot lead going into the tough 18th, where he piped a 300+ yard drive that was followed up by one of the most beautiful approach shots I have ever seen.  Johnson stuck a laser beam of a 6 iron to about three feet and tapped in for an easy birdie.  Even with the penalty assessed, Johnson finished with a very commanding 3-shot victory.

This US Open victory is the first Major Championship of Johnson’s career, which came after eleven top 10s and two runner-up finishes in Major Championships.  This is also Johnson’s tenth win on the PGA Tour, and even more impressive, his ninth year in a row on Tour with at least one victory, which is the current longest active streak.  Pretty impressive stuff, but let’s be honest here, this is what many have expected of DJ for so long.  He is a physical specimen on the course, and I don’t think many would argue that he is hands down the BEST athlete on the Tour (not necessarily golf athlete, but all around athlete).  Now he has a Major Championship to go along with it to quiet the haters.  Regardless of the win, always remember: Dustin Johnson is engaged to Paulina Gretzky, so he always wins. 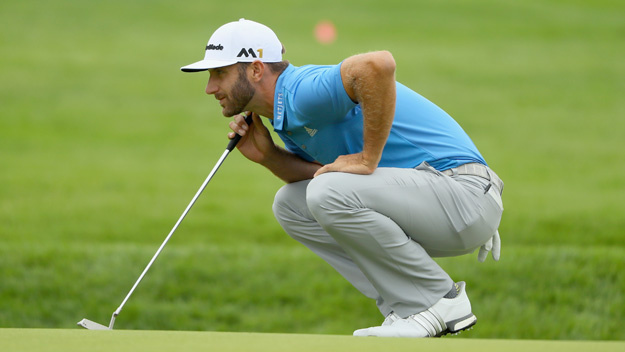 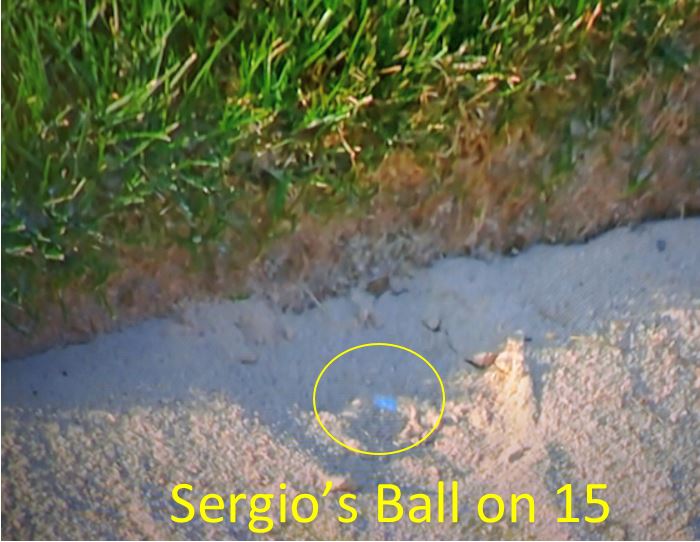 So How Hard Was Oakmont?

Leading up to the US Open, conversation revolved around how tough Oakmont would play, and if the winner would even manage to break par.  But how hard did Oakmont really play at the end of the week?  Let’s take a look at some interesting stats and facts:

I could go on with these for days, but I think it’s very clear: THE US OPEN WAS HARD. 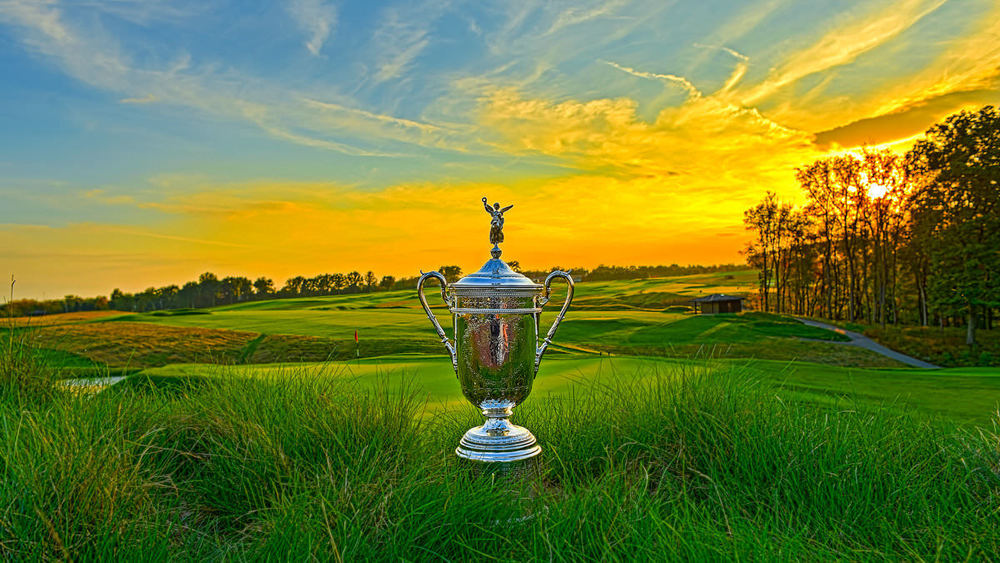 Well, I must say, I was a bit better this go around than at the Masters, having picked the winner.  You can find my original picks here.

While the Jordan pick was my original pick to win it all, I still had Dustin Johnson as my six to ten pick (as did our very own Bill Bush, I have the texts to prove it).  Johnson was a popular pick among the golf community, and it seems like we were all right. He played some of his best golf of his life, and seemed to finally pull that talent together and win a Major.  It was a much deserved victory for him.

Spieth turned in a mediocre performance, but was outplayed by World No. 1 Jason Day, who most people in my pool went with as their one to five pick.  I’m still happy with picking him, and he was in the hunt for the first three rounds, he just had a tough Sunday.

While Matsuyama was in the hunt, he fell off big time in round 2 and missed the cut.  This was a big hit for me in regards to my pool, and someone like Branden Grace or Brooks Koepka would have been a much better pick.

Chappell also blew it, missing the cut after making four of the previous five at the US Open.  This one was the hardest to swallow, as I was between Chappell and Lowry.  That would’ve made me look brilliant, right?  Alas, I went with the stats, rather than my heart, and I picked Chappell.  This is the second time I’ve opted out of picking Lowry, and it’s come back to bite me.

For my outside top 50, I would say I did ok.  Horschel made the cut, which was a plus, but he didn’t set the world on fire with his scores.  Regardless, he kept me from posting high numbers like good ol’ Matusyama and Chappell.  Dufner also proved to be a great outside 50 pick, with his T-8 finish and his consistent play all week.  He was an extremely popular pick in my pool.  Surprisingly, only one guy in the pool picked Bryson Dechambeau, which is surprising to me as he has played so well and has a ton of talent.  I guess people are scared by his single length irons?  With that, when I saw the guy’s picks who had him, I kicked myself for not remembering to pick him.  Since he was ranked around the 250 mark, I think a lot of people missed him.

All in all, my picks were not as awful as Bill always makes them out to be, as I picked the winner, but still not where I’d like to be.  Check back in the week before The Open Championship to see if I can do any better.