The TaylorMade Tour Preferred Ultimate Driving Iron lives up to its name by combining clean, traditional looks with surprising forgiveness and playability.

Though many people thought that last summer’s driving iron trend was just a passing fad, 2014 is proving that this segment of the golf club market is here to stay.  Among the new contenders in this market is the TaylorMade Tour Preferred UDI or Ultimate Driving Iron.  As part of TaylorMade’s re-energized Tour Preferred line, the UDI offers better players an alternative to hybrids and fairway woods and allows for course-specific set make ups. 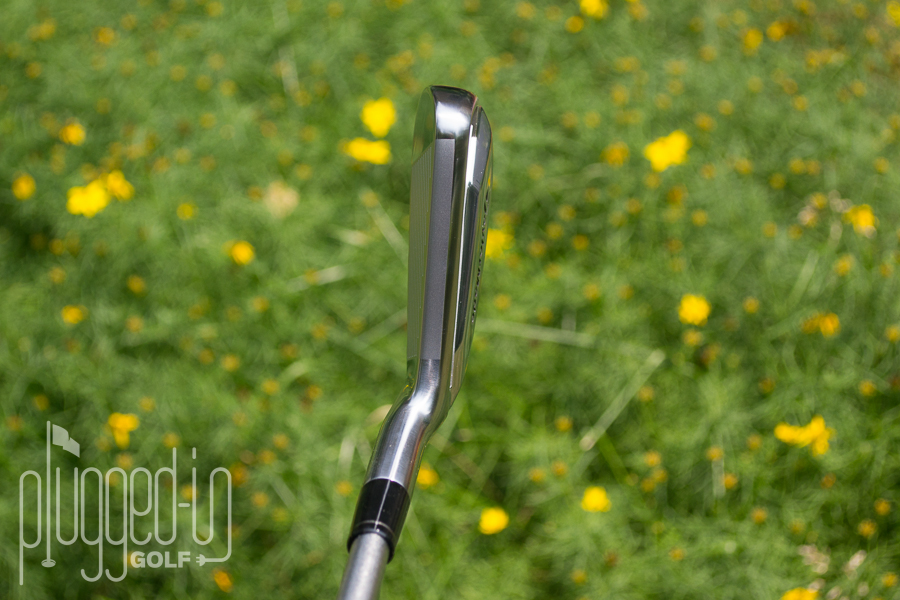 While most driving irons end up being really bulky to promote forgiveness and high launch, TaylorMade stayed true to the Tour Preferred moniker and made a club that better players will love to look at.  At address, there is very minimal offset, the top line is fairly thin, and there isn’t a big chunk of the sole sticking out behind the top line.  In the bag, the look is equally clean with straightforward TaylorMade and Tour Preferred branding on the back of the club.

Bottom line: the TaylorMade UDI is one of the two best-looking driving irons currently available, and it’s arguable that it owns the #1 spot. 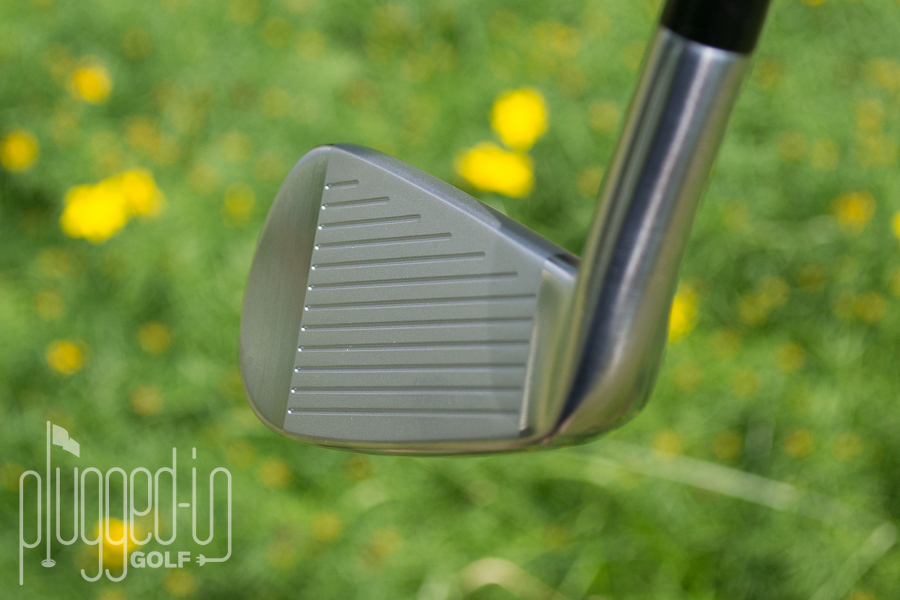 At impact, the TaylorMade Tour Preferred UDI produces a really crisp, solid sound on flushed shots.  You can get a sound and feel pretty close to that if you catch it a little thin, but any other misses will produce a much duller sound, more of a “thud.”  In my opinion, this is exactly the kind of clear feedback that a players club should provide. 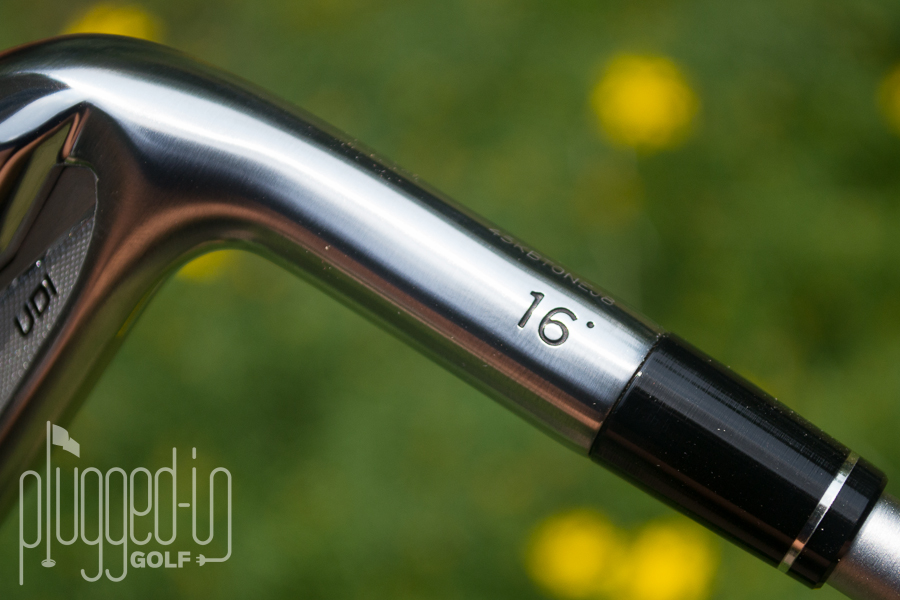 If you watched the third round of the PGA Championship, you saw Jason Day pound his TaylorMade UDI 1-iron 290 yards.  While I can’t claim that I hit my UDI that far, it’s clear to me that there’s some meaningful technology inside this club.   How do I know?  Because driving irons and I have a  long, star crossed relationship: I love them, but can’t keep one in the bag.  Why?  Superhuman delofting and very mortal club head speed combine to create short carry distances and unplayable trajectory.  With the UDI, however, I saw my launch angle climb 2°-3° higher than expected while maintaining low spin.  Translation: the UDI launched the ball higher than almost any other driving iron, but maintained a strong, piercing ball flight.  I don’t expect that the 1-iron will stay in the bag, but, for the first time, a 20° iron is a real possibility (the UDI is available in 16°, 18°, and 20°).

There are two things that I think contribute to the strong performance of the UDI: an excellent shaft choice, the KBS C-Taper Lite, and the Speed Pocket.  I think the C-Taper Lite is a perfect choice for the type of player who’s going to bag the UDI because they probably play a 120-130 gram iron shaft and they’re not going to want a lightweight shaft in their driving iron.  That said, this is a club that they want to hit a long way, so shaving a little weight is a good thing.  At approximately 110 grams but with great stability, the C-Taper Lite is a perfect compromise.

The Speed Pocket is a technology that I was already familiar with from my review of the SpeedBlades irons.  In those irons, I saw an improvement in ball speed, higher launch, and excellent forgiveness, especially on thin shots.  All those characteristics were present in the UDI as well.  “Even God can’t hit a one iron, “ according to the punchline to one of golf’s oldest jokes.  Clearly God’s 1-iron didn’t have the Speed Pocket. 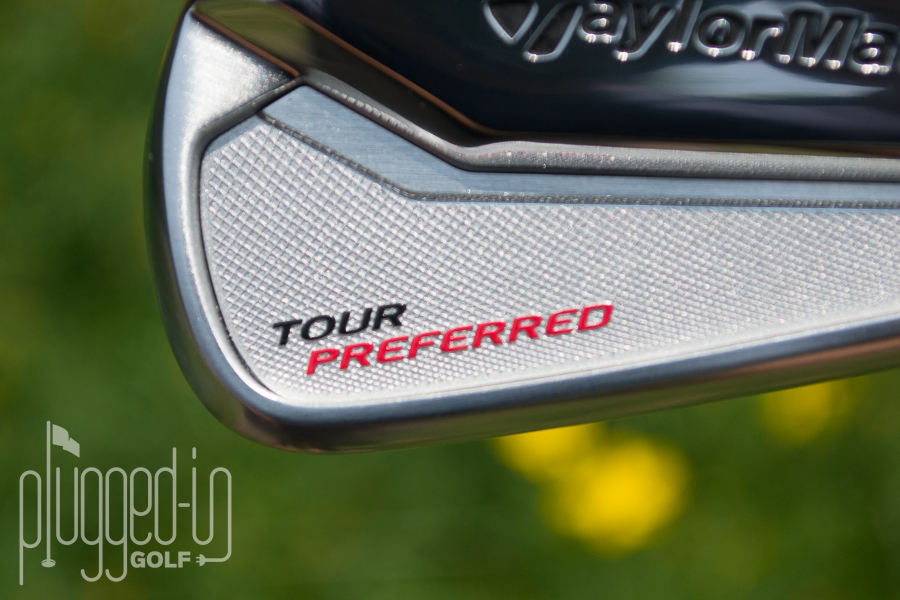 I often say that there are few, if any, bad golf clubs anymore.  The TaylorMade Tour Preferred UDI is a lot more than “not bad,” it’s damn near perfect.  From the knockout aesthetics to a perfect shaft choice to the Speed Pocket, this is exactly the club that better players have been looking to add to their bag.  TaylorMade may have been fashionably late to the driving iron party, but they’ve arrived in style.