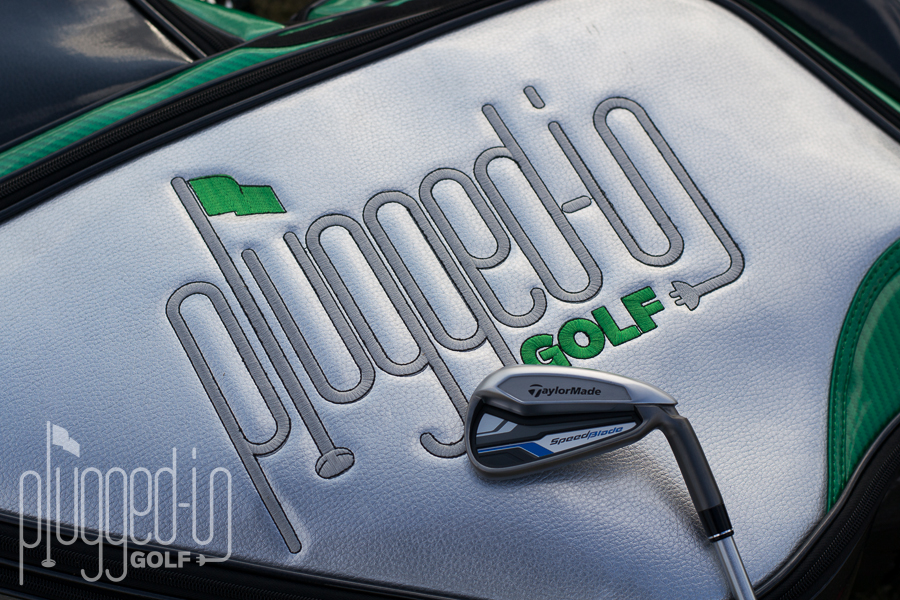 Truly easy to hit.  These irons make the ball go a long way and land softly.

Prior to the BMW Championship last year, TaylorMade unveiled the SpeedBlade iron.  While not their first iron with Speed Pocket technology, it is the longest and widest Speed Pocket yet.  TaylorMade claims that this offers golfers more ball speed, higher launch, and more distance.

In February, I had the opportunity to be fit for my own set of SpeedBlades at the TaylorMade Performance Lab (story HERE).  I was blown away by the technology used in the fitting, but today we’re going to answer the most important question: will these clubs lead to better golf? 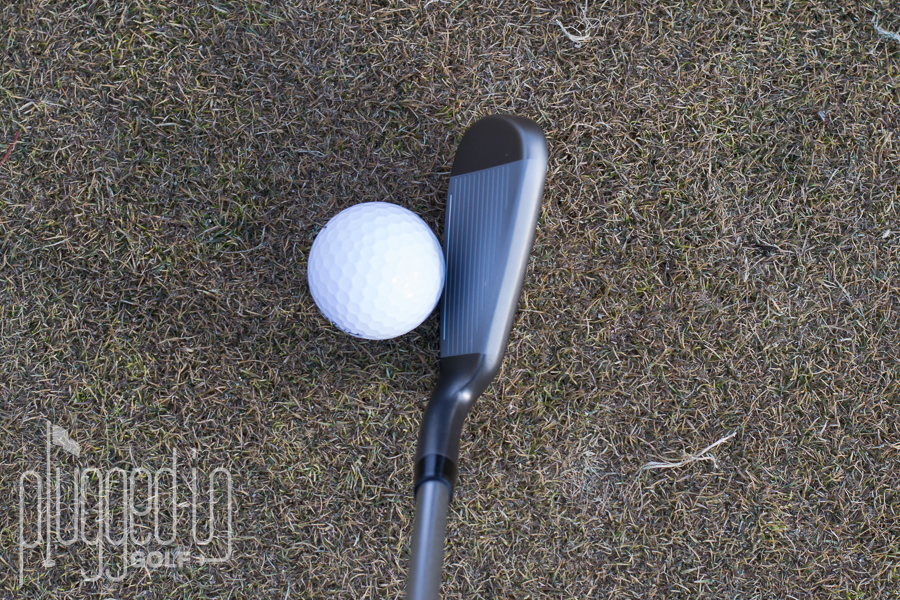 The TaylorMade SpeedBlade is a good looking game improvement iron.  The top line is not razor thin, but it’s not overly beefy either.  The overall size of the blade promotes confidence without totally enveloping the golf ball.  At address, I particularly like the way the contrast between the middle of the face and the heel/toe areas frames the ball and hides some of the club’s bulk.

At the end of the day, these are pretty good looking clubs.  They’re not going to fill the forums with drooling emoticons, but the looks shouldn’t turn anyone away either.  The SpeedBlades look like what they are: game improvement irons packed with technology. 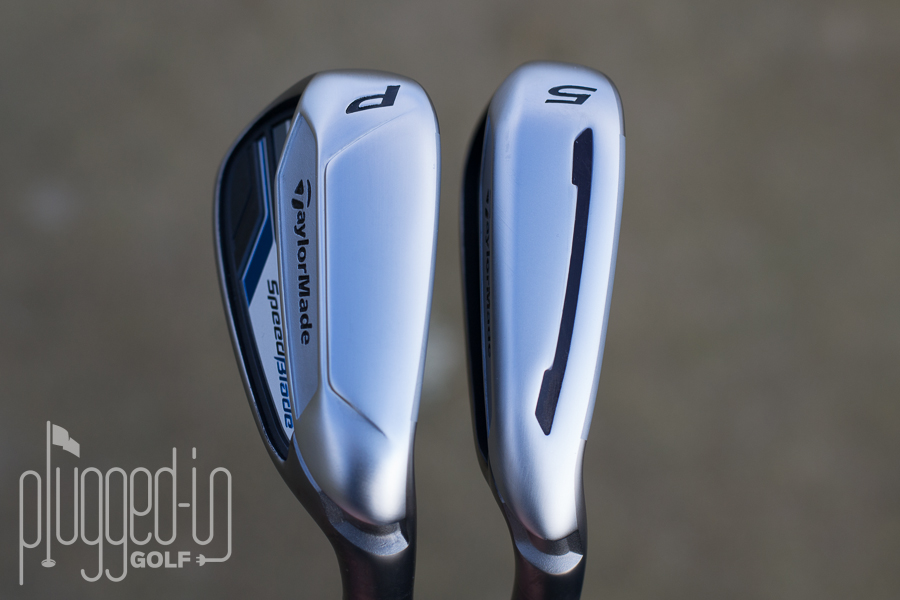 Since I’ve played nothing but forged irons my entire golfing life, you might expect that I would rail against the feel of the cast SpeedBlades.  You’d be wrong.  Cast or not, the feel of the SpeedBlades on a pured shot is very sweet.  It may not be “buttery soft,” but anyone who says that it isn’t satisfying would be lying.

Where the difference between the SpeedBlades and my current irons becomes more apparent is on mishits.  With the SpeedBlades, there is far less feedback about the location of the mishit and the feel is very firm.  The trade off is that mishits perform much more like centered shots.  I think most golfers would take that trade. 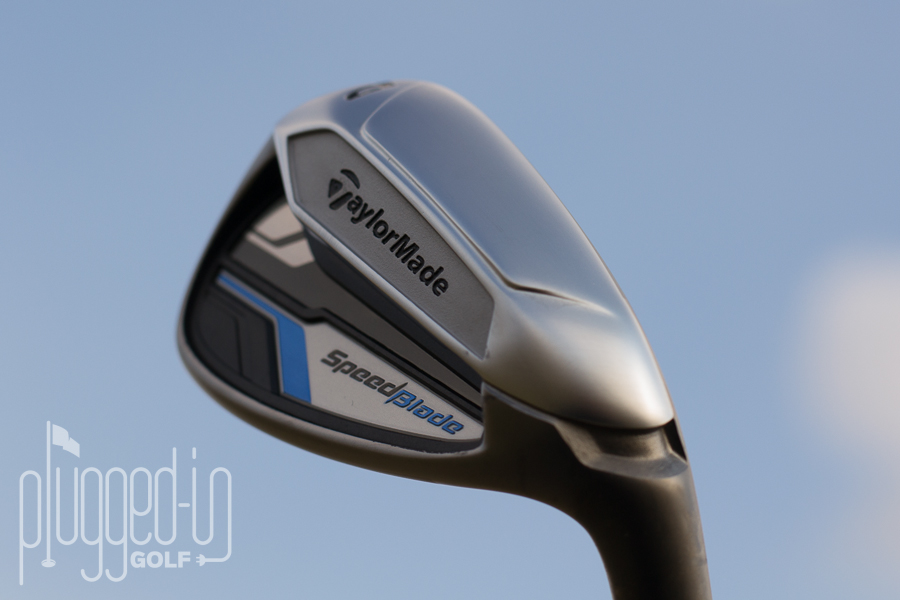 Let’s start with the one performance trait that everyone cares about: distance.  To no one’s surprise, the TaylorMade SpeedBlades are long.  Compared to my current irons, the 6-iron is about 13 yards longer and the 5-iron is even longer than that.

I hear you, haters.  “The lofts are just jacked up and the shafts are too long.  They just stamped a ‘6’ on a 5-iron.”  Here’s the problem: you’re wrong.  If that were the case, I’d be the first one to run to the presses with a boldfaced review skewering TaylorMade for bamboozling golfers too dumb to know the difference, but it’s not.  These irons are really special.

Here’s the first thing that no one’s talking about: shots from these irons land softly.  If this iron was just about “jacked up lofts,” the shots would be rolling out like a driver down a burned out fairway.  They don’t.  On average, shots from the SpeedBlades landed 1-3° more steeply than shots from my current irons.  That means these irons go farther and hold greens better.

The second thing no one’s talking about: the distance in these clubs has been added intelligently.  You’ll notice that the 8-iron through PW don’t have Speed Pockets.  That’s because they don’t need them.  The PW from my forged “players” irons goes 135 yards, so does my SpeedBlade.  The SpeedBlade 9-iron is 2-3 yards longer than my current gamer.  The 8-iron is 5-6 yards longer.  You see where this is going.  TaylorMade didn’t just make all your clubs longer, they improved the gapping between the irons so that they will connect to your fairway woods and hybrids better.

Finally, these clubs are really forgiving.  Hit the ball anywhere on the light grey portion of the face and you’re going to get a decent result.  I was lucky (?) enough to have a horrid ball striking day during my first session with the SpeedBlades, and this magnified the difference between them and my old irons.  Thin shots in particular benefit tremendously from the Speed Pocket.

Overall, these irons are long, the shots land softly, and they are very forgiving.  What’s not to love?

If you’re interested in getting more info about the Speed Pocket technology in the SpeedBlades, check out this video from TaylorMade and Sports Science HERE. 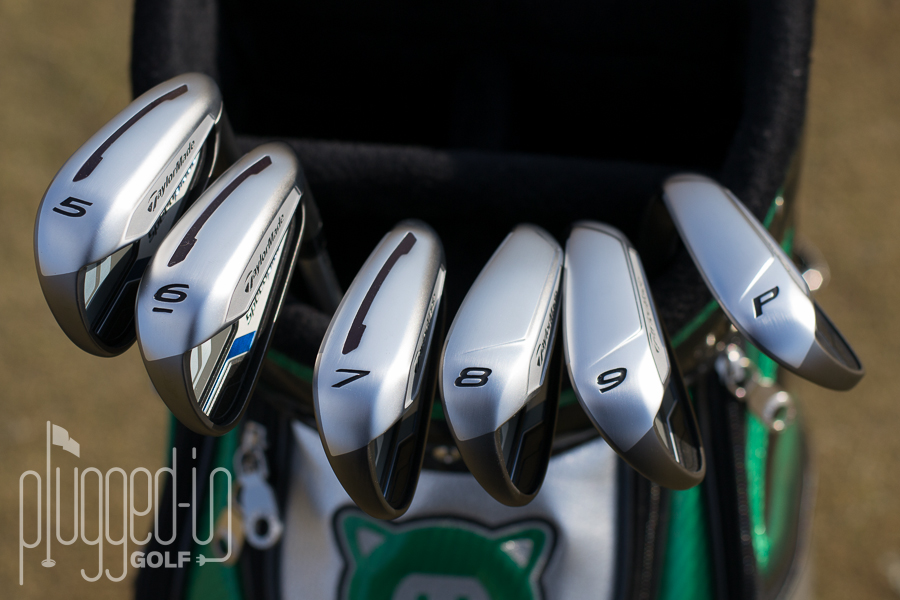 I’ve long been skeptical of distance irons, but the TaylorMade SpeedBlade has made a convert of me.  TaylorMade added distance in a way that makes sense and doesn’t require you to buy 4 more wedges, regardless of what the “experts” on the forums would have you believe.  Moreover, these clubs are extremely consistent and forgiving.  Regardless of your handicap, if you want to hit your irons longer and get more forgiveness, the SpeedBlades should be the first club you try.