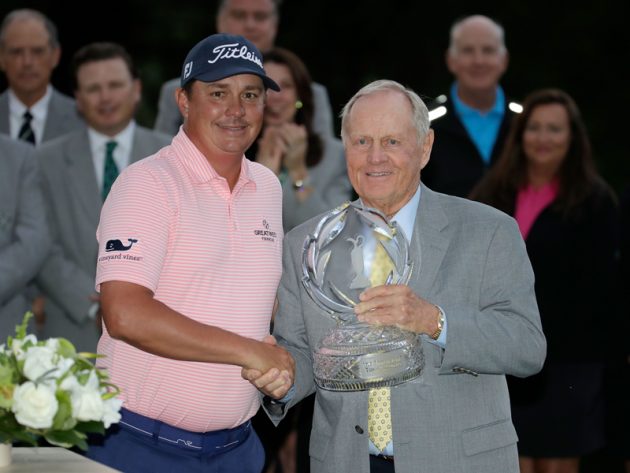 Jason Dufner bounced back in his final round to capture the Memorial Tournament at Muirfield Village Golf Club last weekend.  The win is good for Dufner’s fifth on Tour, with his last win coming at the 2016 CareerBuilder Challenge in a playoff.

Dufner started the week out strong, carding back to back 65’s, good for the low rounds of the day for both rounds 1 and 2, as well as for the 36-hole scoring record at The Memorial.   Heading to the weekend, Duf carried a comfortable five stroke lead at 14-under.

On Saturday, things feel apart, albeit temporarily, for Dufner.  He struggled in the third round, making four straight bogeys on the front, and finished with a five-over 77.   Daniel Summerhays grabbed the 56-hole lead heading to Sunday after a 68, and Dufner was now seven shots back.

Sunday’s front nine was a roller coaster for Dufner.  After he made birdie at the second, he alternated bogey-birdie from the 4th to the 8th holes, leaving him even on his front 9.  On the back, Duf went bogey free, and made birdies at the 10th, 12th, 15th, and 17th holes.  He grabbed the clubhouse lead from Anirban Lahiri and Rickie Fowler (10-under), and posted the clubhouse lead at 13-under after dropping a 20-foot bomb to save par on the 18th.  Summerhays faded fast on the back nine, and Dufner locked up the 3 shot victory.

This is Dufner’s 5th win on Tour, including his PGA Championship Major win.  After an up and down last few seasons, Duf-Daddy will look to carry his solid play into the US Open at Erin Hills in a few weeks. 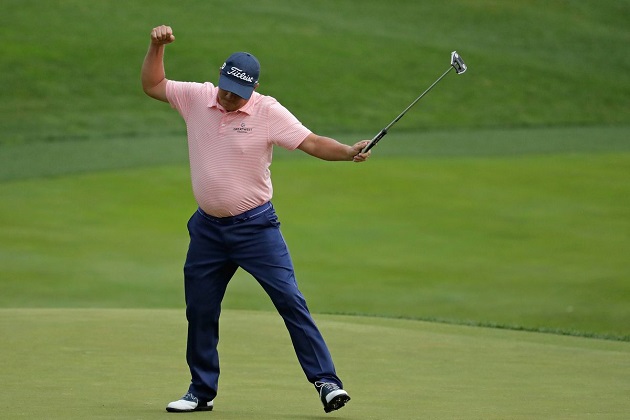