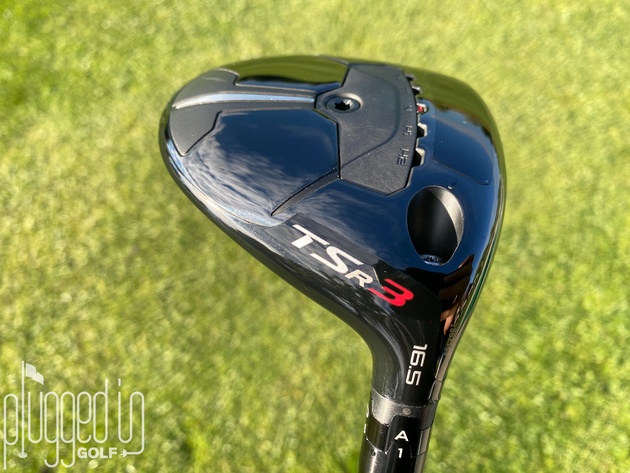 The Titleist TSR3 fairway wood is a beautiful fairway wood that’s surprisingly friendly to a wide range of players.  New, lower CG makes it easy to launch.  Lots of adjustability with weight and hosel settings. 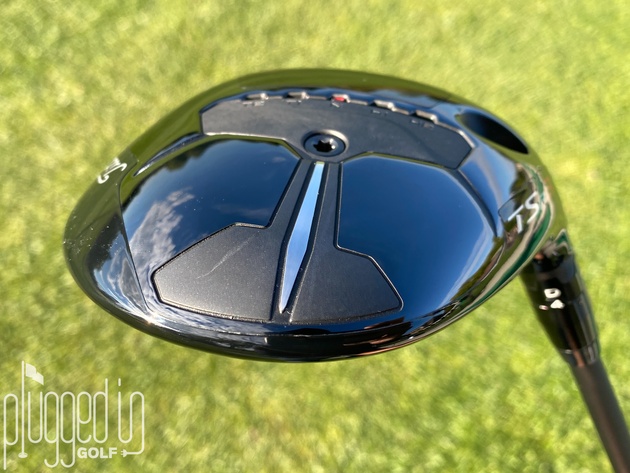 When the Titleist TSR fairway woods hit retail, over 60 PGA Tour players had already put them into play.  Tom Kim earned his first Tour win with the TSR3 FW in his bag, and the #1 and #4 ranked women in the world were bagging TSR FWs, too.  Credentials like these are surely impressive, but how does this club work in the hands of a weekend golfer?  Should recreational players stick to the TSR2 or is the TSR3 a realistic option?  I’ll share my answers in this review. 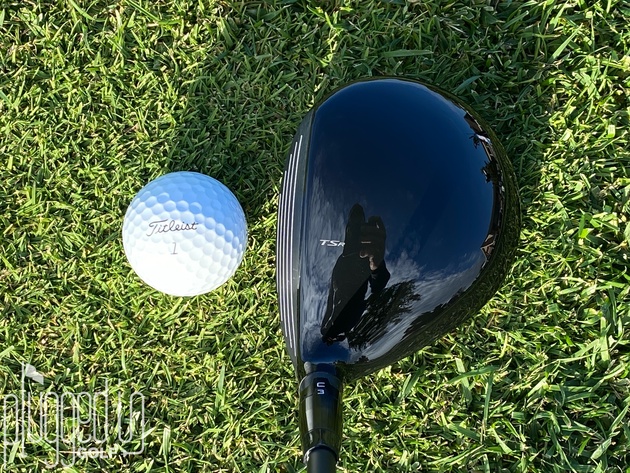 If you were expecting the TSR3 fairway wood to be a massive departure from the TSi3, you don’t know Titleist.  This club maintains the traditional, rounded shape with a slightly below-average head size.  One standout change, however, is on the face.  Where the TSi3 had scoring lines only on the heel and toe, the TSR3 has them across the entire face. 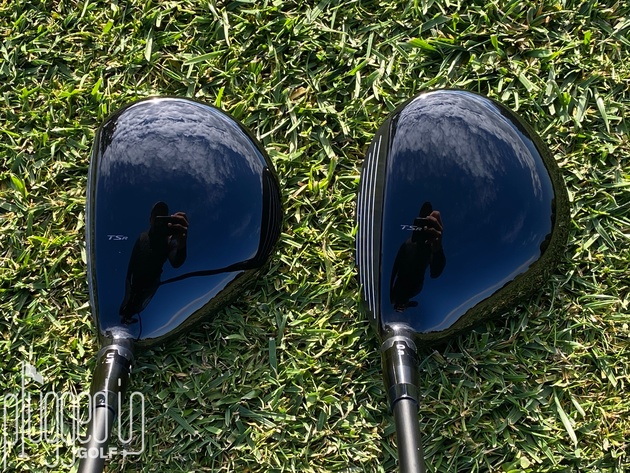 Setting the TSR3 fairway wood (above, left) next to the TSR2 [review HERE], you can see that the TSR3 has a smaller footprint.  That said, the gap is not as big as in prior generations.  Titleist did make the TSR3 fairway wood slightly larger than the TSi3 FW [review HERE].  Side by side, the 3 is clearly smaller than the 2, but on their own, the shape difference stands out more than the size difference.  The TSR2 is more stretched from front-to-back and the shape favors the heel.  In contrast, the TSR3 has a hint of the traditional pear shape, with less mass on the heel side.

If you hit your 3W primarily off the tee, check out the Titleist TSR2+ FW HERE 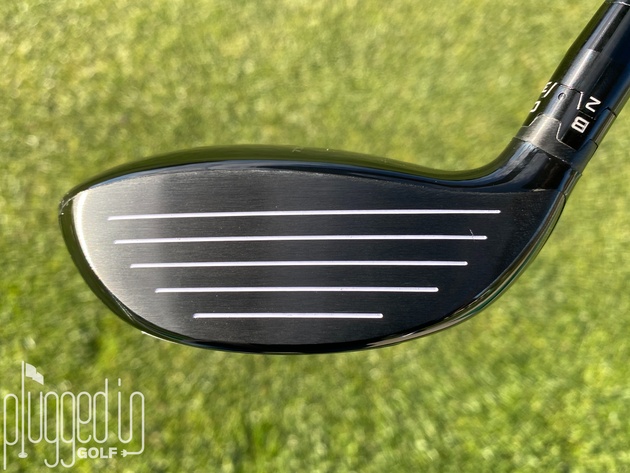 As much as I love the quiet impact sound of the Titleist TSR drivers, I like the sound of the TSR3 fairway wood even more.  On center, this club produces the quiet, metallic “tink” that, to me, is exactly what a fairway wood should sound like.  The sound does dull a bit on off-center strikes, providing a noticeable amount of feedback.

A trait that runs through the entire TSR family of woods is the ball feeling light on the club face.  This matches well with the quiet impact sound.  The TSR3 FW still feels solid behind the strike, but it’s more of an Ali-quick jab than Tyson-heavy hook.  Even with this light impact sensation, you can easily feel where the ball met the face. 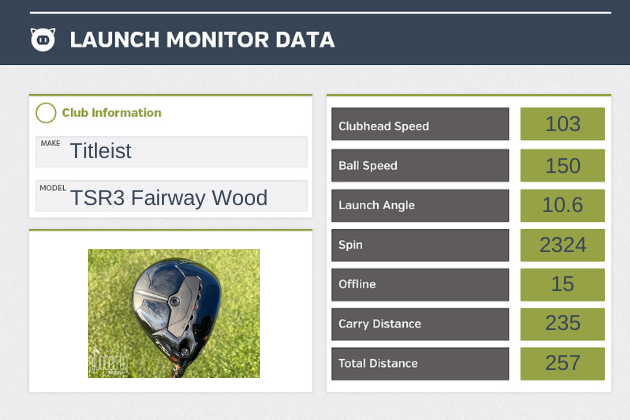 Over the last few weeks, I’ve had the chance to be fit for and extensively test the entire Titleist TSR line.  With the drivers, I found that the TSR2 [review HERE] is built for a huge range of players, but the TSR3 [review HERE] is geared toward the stronger ball strikers.  After spending a lot of time with the TSR2 and TSR3 fairway woods, I’ve learned that they are much closer together than the drivers.

Titleist’s focus in designing the TSR fairway woods was optimizing the center of gravity.  In the TSR2 FW, they created their lowest CG ever.  The TSR3 FW also received a lower CG which makes it easier to launch high and consistently.  Despite it being the “players” head, I had no difficulty launching the TSR3 similarly to the TSR2.  I actually had a little more confidence with the smaller TSR3 because I prefer the smaller head for shots off the turf. 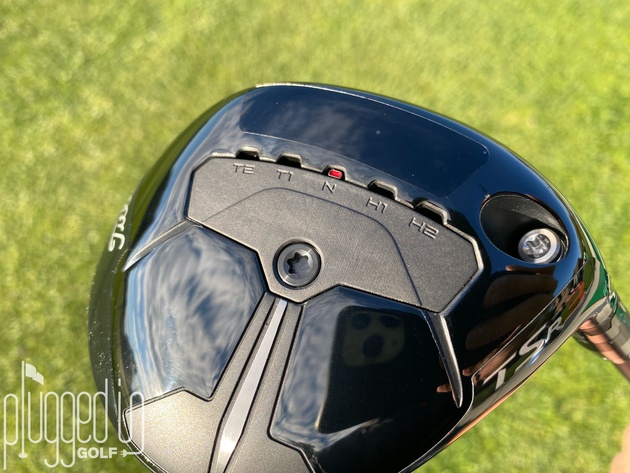 Another change from the TSi3 to the TSR3 is the SureFit Adjustable Track CG System.  Where the TSi3 had three positions for the weight, the TSR3 FW has five positions.  This gives players more choices and a wider range of CG options.  This sliding weight is 13 grams, and it feels more impactful than the one in the TSR3 driver.  It’s not going to straighten a brutal hook or slice, but it will visibly alter your ball flight if you’re near the center of club face.  Players who need to make a bigger change can still lean on the excellent SureFit Hosel to open or close the face, add loft, and adjust the lie.

Overall, the Titleist TSR3 fairway wood impressed me with its high performance, versatility, and forgiveness.  It hits a sweet spot for size that gives confidence off the tee and turf without being unwieldy.  Your best swings are going to produce unbelievably good results, but it’s also going to let you get away with some less-than-perfect efforts. 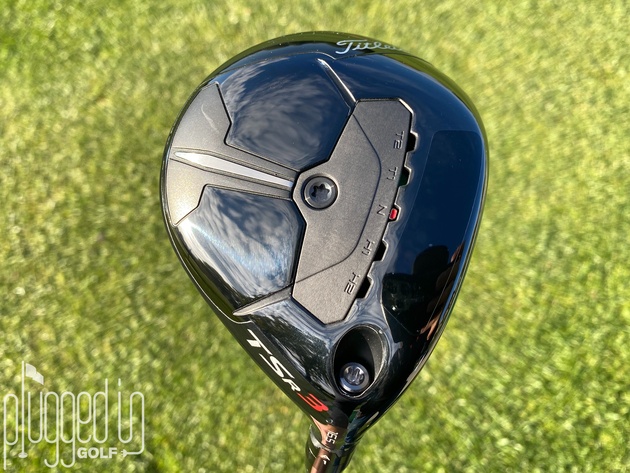 Titleist has given golfers two fantastic long game options with the TSR2 and TSR3 fairway woods.  For players that prefer a more traditional appearance and added adjustability, the TSR3 is the easy choice.  What makes this offering special is that you can get those high level features without sacrificing ease of use. 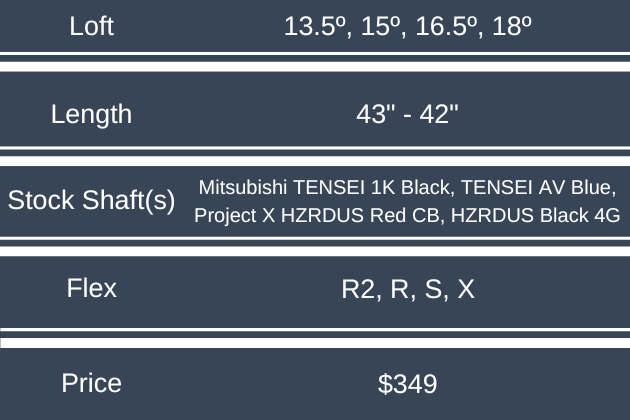