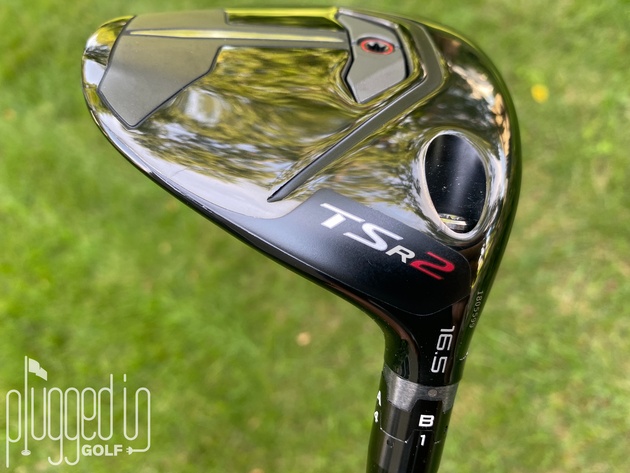 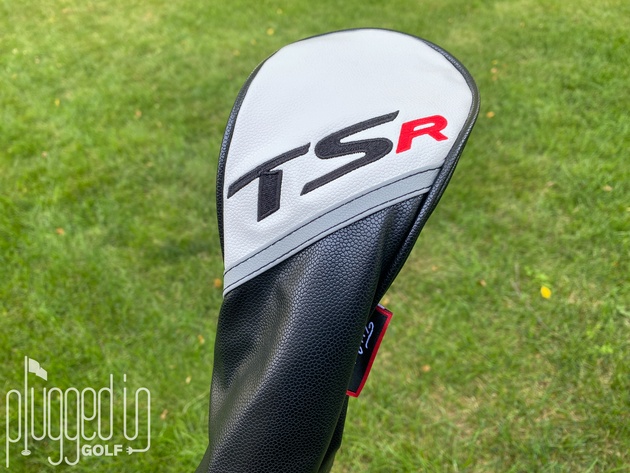 Just like its big brother, the TSR2 driver [review HERE], the Titleist TSR2 fairway wood was Tour-validated long before hitting retail.  Over 60 PGA Tour players have bagged TSR fairway woods since their release in the second half of the season.  I had the chance to try the full line at a Titleist fitting event, and the TSR2 fairway wood was the runaway winner for me.  I’ll explain why in this review. 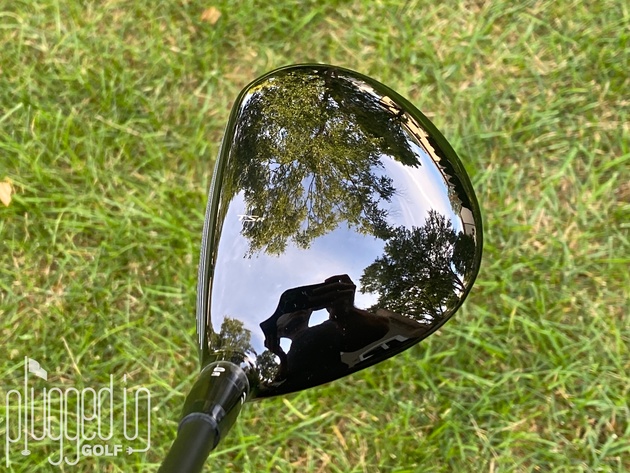 At address, the Titleist TSR2 fairway wood has a clean, traditional look.  The gloss black crown is only adorned by a small “TSR” alignment aid.  It has a medium-sized footprint and a rounded, symmetrical shape.  The face height strikes a good balance, allowing players to feel confident off the tee or turf.  One change from the previous generation is that the scoring lines now extend all the way across the face.

The sole of the TSR2 fairway wood is similar to the TSi2, but with a few noticeable changes.  Most impactful, the weight had been moved forward (more on this later).  Titleist has also replaced the dark grey with more black and pushed the branding to the toe and heel.  To me, all these changes are positive, making the TSR2 FW an absolute beauty. 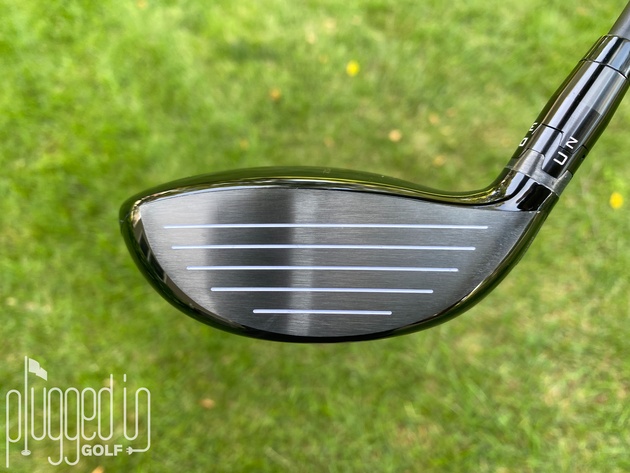 One thing you never have to worry about with a Titleist wood is a loud, obnoxious impact sound.  Titleist knows that its loyal following wants a quiet, understated tone, and that’s exactly what the TSR2 fairway wood delivers.  When the ball is struck, there’s a quick, metallic “tink” that doesn’t ring out or sustain.  It is high-pitched, but it’s so quiet that it seems mid or even low pitched.

The feel of impact aligns well with the sound.  The golf ball feels light and quick off the club face.  Both the sound and feel seem like they’re trying to be as discreet as possible.  Though the feel is light, you can get a good sense of impact location through your hands. 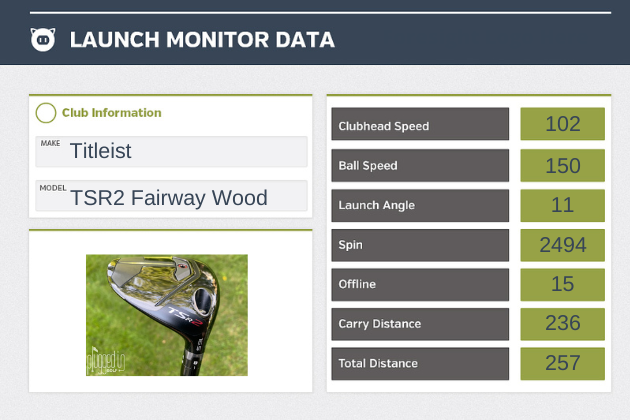 After testing the TSR drivers at my Titleist fitting, we moved to the fairway woods.  I smiled at my fitter and said, “This is the part I was dreading.”  However, with the TSR2 fairway wood in hand, I proceeded to reel off three of the best shots of my life – high, long, and straight.  Fitting over.  I hit the TSR3 FW to be polite, but I knew which one was going home with me. 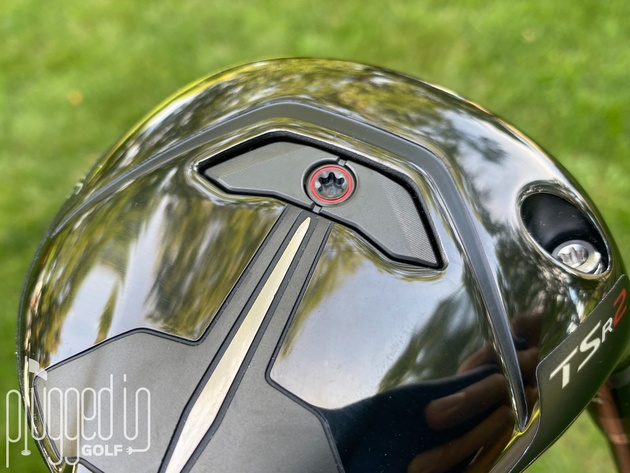 When I got the TSR2 FW in for complete testing, I continued to be impressed.  The biggest talking point around the TSR2 is the new, lower CG.  Comparing it to the TSi2 FW [HERE], you can clearly see how the weight has been pushed forward.  The goal of this lower CG is to create higher launching shots, which is exactly what the TSR2 does.  My good strikes flew on a trajectory I rarely see with a fairway wood, and even thin strikes were playable. 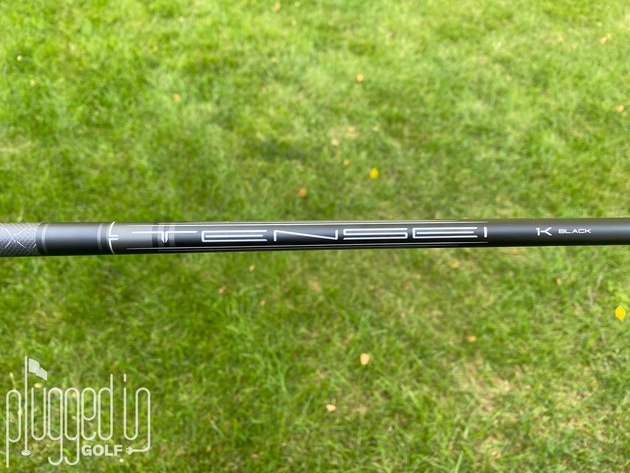 Titleist balanced this high launch with “mid spin” to make the TSR2 FW extremely versatile.  The spin is low enough that it still has plenty of distance.  High spin players may find more distance in other clubs, but no one is going to label the TSR2 FW as short.  On the other hand, there’s enough spin that a skilled player can hold a green or shape a shot with the TSR2.  Especially in the higher lofts, the TSR2 FW can absolutely be scoring club.

The TSR2 fairway wood is also highly adjustable.  Titleist’s SureFit hosel continues to offer golfers more options than any other: 16 settings to dial in loft and lie.  This gives you the opportunity to find both the shot shape and trajectory you desire.  Additionally, the sole weight can be changed to adjust swing weight. 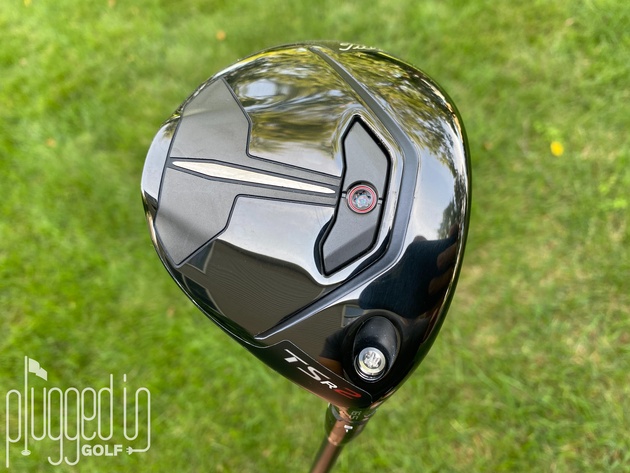 The Titleist TSR2 fairway wood is the club players are going to want to bag for its looks and its performance.  From every angle, it’s dripping with visual appeal for the better player.  On the course, it’s easy to hit and opens up a world of shot making options. 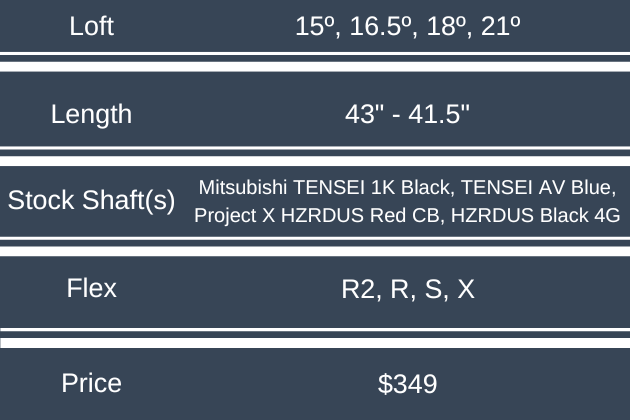