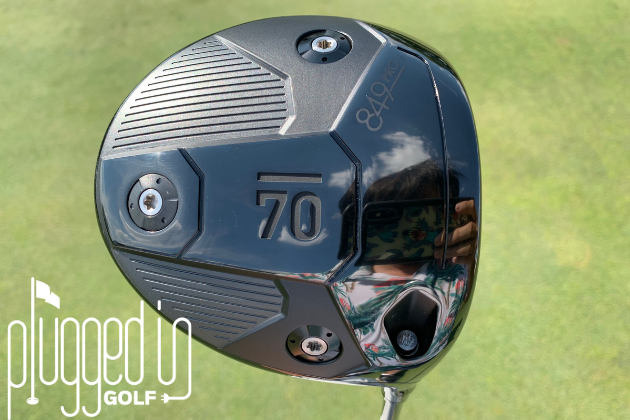 Offering what may be the best value in a top-tier performing driver, the Sub 70 849 Pro is a low-spin distance monster designed for better players.  Solid feel and performance should have many questioning what they’re paying for when purchasing a more expensive club than this. 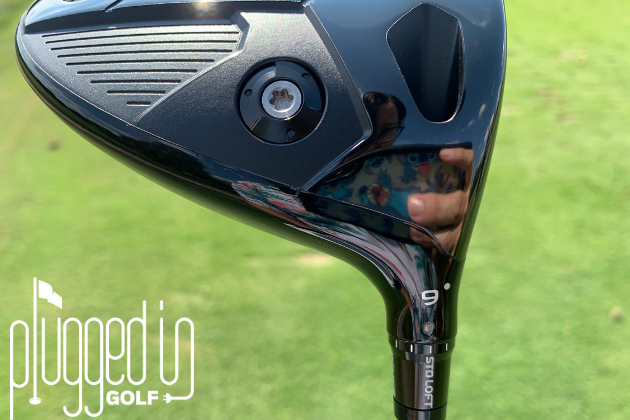 Price should never be the sole reason you buy a club.  If anything, the sole reason for making a club purchase should be performance.  However, driver costs in 2021 are astronomical.  A new driver will most likely be the most expensive club in your bag, especially if you get an aftermarket shaft.

While drivers from other major OEMs range from $400 on the low side to $550 or beyond, a new driver from Sub 70 will only cost $300.  With performance that makes you feel like you’re not missing out, this needs to be a serious consideration for those looking to upgrade their big stick. 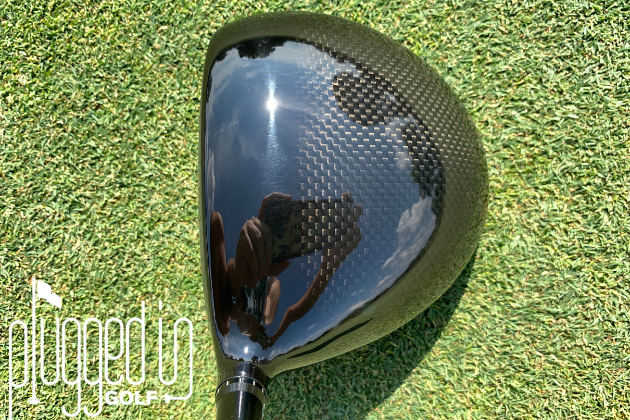 Pulling this out of the bag made me feel like Batman needing to outdrive The Joker in a battle for Gotham’s safety.  This sleek, slightly elongated driver looks at once classically handsome and modern at address.  The club’s Batmobile-black coloring, lightened a bit by an carbon fiber in the crown, is completely devoid of any alignment dot or design.  Sub 70 succeeds here in opting for a clean, simple aesthetic.

The Sub 70 849 Pro driver does look a smidge smaller than many of the other drivers currently on offer.  Instead of maxing out on size, it comes in at 450cc.  The shaping of the topline of the toe does tend to look more closed than other drivers I’ve been testing recently, but that can be adjusted through the loft sleeve.  What can’t be adjusted is the glossy top which I think would be more appealing in a matte finish to avoid glare. 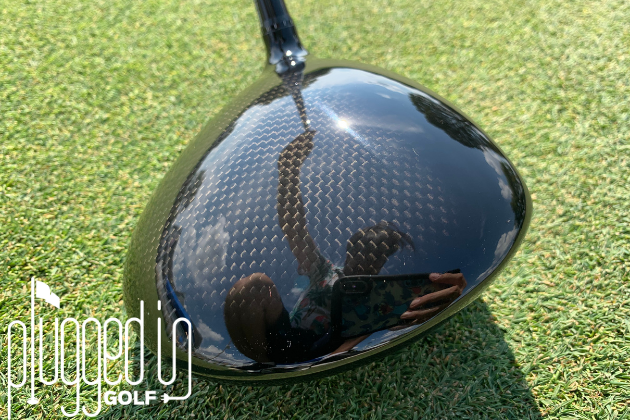 On the underside of the club, the blacked-out looks continue.  The only color comes from the three silver weights on the heel, toe, and rear of the sole.  There’s also a simple text to show that it’s an 849 model and a Sub 70 branded club. 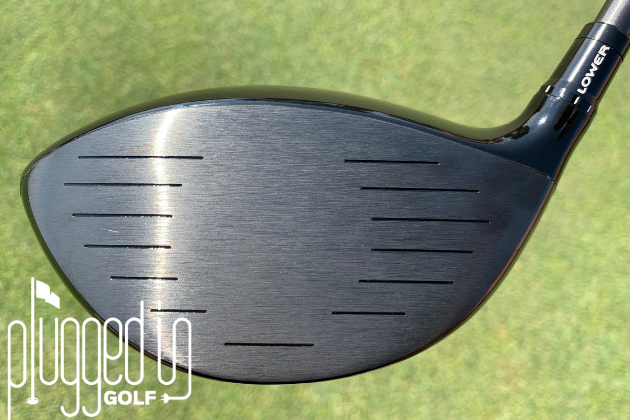 Off the clubface, the sound is great: powerful, but not too loud or echoey.  Perhaps a bit higher-pitched, it’s not one that continues long or rings in your ears.

In terms of feel, the recent driver that reminds me of the Sub 7- 849 Pro is the Callaway Max LS.  Both are soft, fast, and powerful.  As opposed to the feeling of a PING 425 LST (review HERE) that is thick and heavy, the 849 Pro is positively airy.  When well-struck, this driver feels almost squishy compared to other drivers – like you’re hitting off of a cloud!  I should also note that the driver head is light, weighing in at only 203g (for reference, the PING 425 LST is 208g). 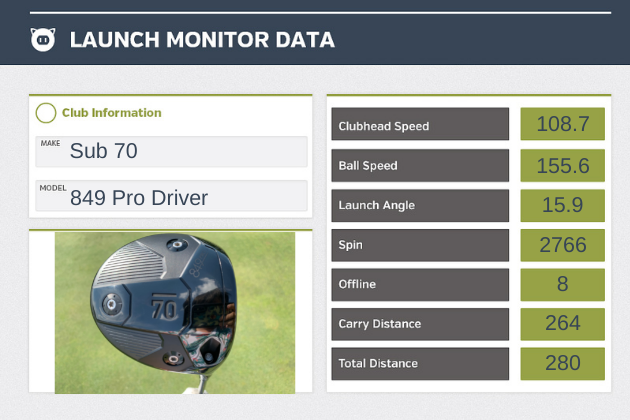 I have to be honest and say that because it’s not a major OEM, I wasn’t expecting the Sub 70 849 Pro to keep up with the best drivers… but boy, was I wrong!  Not only did it keep up, it actually exceeded every major driver I tried.  With the help of some fitter friends, I tested the Sub 70 849 Pro against six different shafts in eight different heads from all of the major names in the industry you’d expect.

The results were astounding.  While other drivers offered a bit more consistency on the non-centered strikes, nothing could beat the Sub 70 on my best swings.  It was spinning lower and carrying longer, and I’m still at a loss to explain why.  The numbers represent my initial test, but following that, lofting down the driver by two degrees I was able to get even more out of it.  With a 7-degree head, I could get ball speeds in the 160s, over 110 mph clubhead speed, 280 yards of carry, and over 300 yards total.

This is a club designed for the better player, with “Pro” in its name for a reason.  As I alluded to earlier, this club was not forgiving at all on mishits.  While strikes towards the toe weren’t massively punished, heel strikes were a very, very bad idea.  I like to think of myself as a pretty good ball-striker, but the occasional strike towards that side of the clubface was pretty much catastrophic, shooting spin way up and killing speed.  Strikes that didn’t find the exact middle were quite inconsistent, much more so than any other major OEM driver. 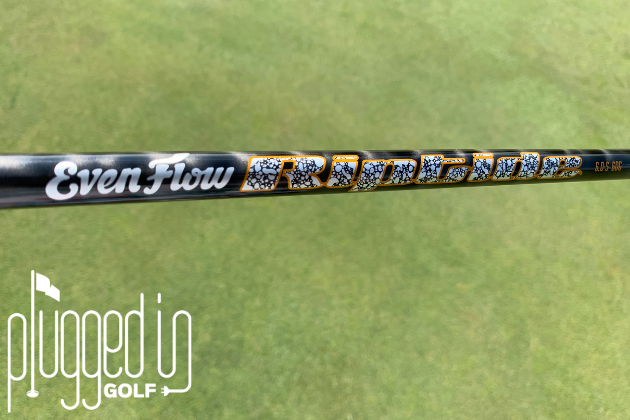 Sub 70 allows for a lot of customization from length to grip to the shaft.  There are multiple stock shafts from Project X including the Evenflow Riptide [review HERE] and HZRDUS Smoke Black [review HERE].  And if you’re willing to fork up some extra cash, there are plenty of other shafts you can order with this driver instead, including Fujikura Ventus, Mitsubishi TENSEI AV Raw, and Graphite Design Tour AD models (a $300 upcharge – as much as the driver itself).

It’s also very adjustable after it arrives at your doorstep, too.  The loft sleeve offers adjustments of up to two degrees up and two degrees down, while also having the ability to make the driver more upright.  You can further nail down your desired spin and ball flight through the use of the three weights in the sole. 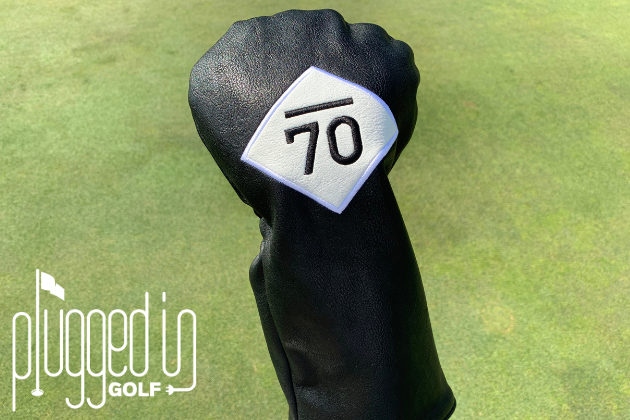 The Sub 70 849 Pro Driver made me feel like a superhero when striking it.  It comes in at a price point that Peter Parker could afford, offers technology that would make Bruce Wayne blush, and when hit well, made me feel like I had Superman’s muscles (at least, if I didn’t hit it off the heel).

Taking off my cape for a moment to be real with you though, this club is a gem.  I’m dumbfounded.  It’s so good.  It may lack forgiveness, but it makes up for that in pure potential and power.  It’s my new gamer driver, and honestly, I think it should be a new driver you all look into as well. 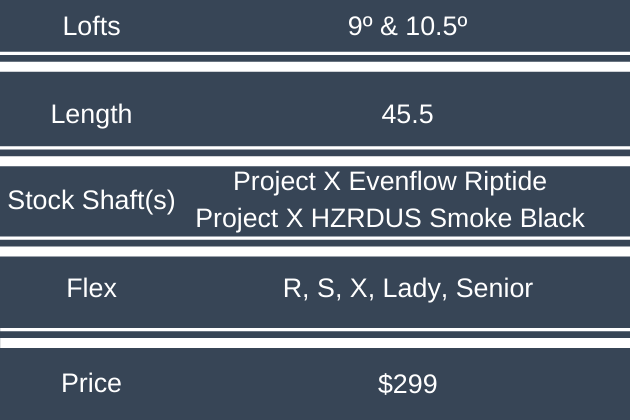