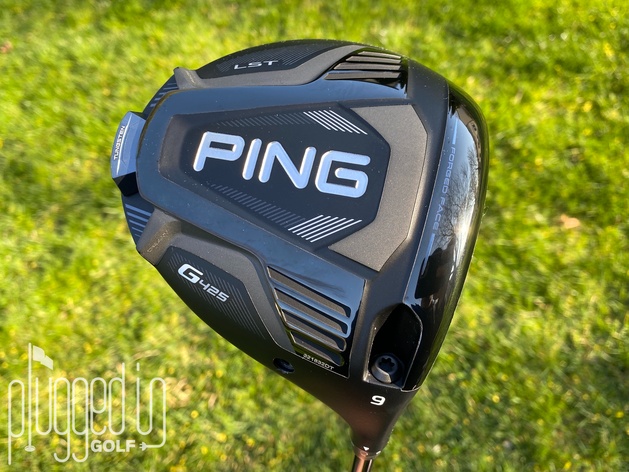 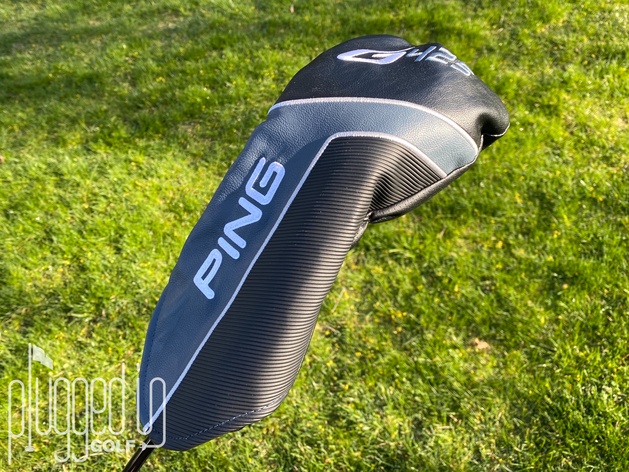 Predictably, the new G425 Max driver [review HERE] has already claimed a spot in my bag.  But every time PING releases a new series of drivers, I’m tempted by the LST model.  In this review, I’ll discuss whether the slim, beautiful G425 LST can dethrone big brother. 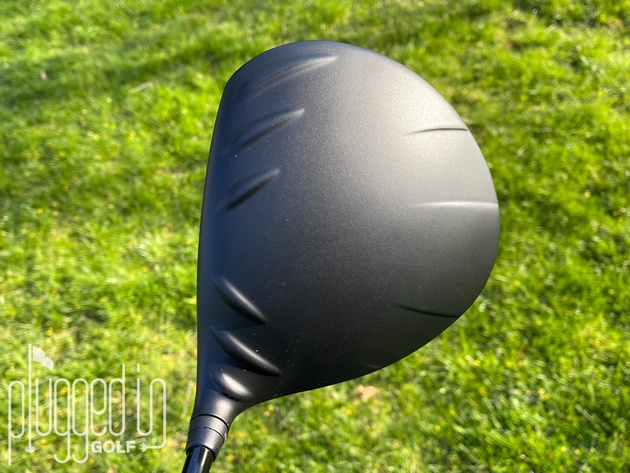 At address, the G425 LST driver is noticeably smaller than the G425 Max.  It is a smaller head (445 cc), and it really shows in the front to back measurement.  The LST isn’t tiny or intimidating, but it does have a more compact, traditional look.  It is symmetrical and has a rounded, less triangular shape. 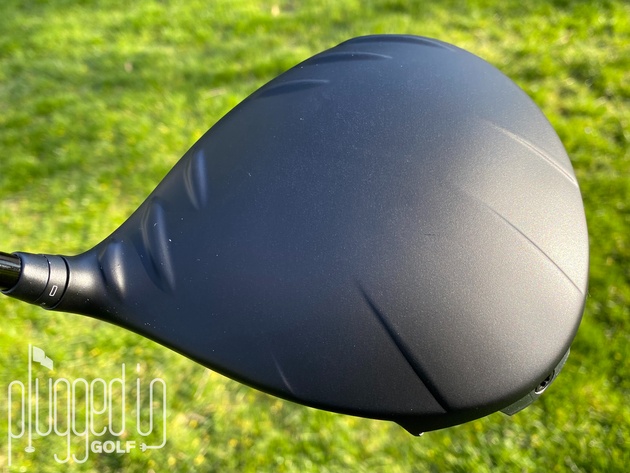 Aside from the shape and size, the G425 LST driver looks identical to the G425 Max or G425 SFT.  All the new PING drivers have matte black crowns with turbulators at the leading edge.  The sole has a clean, black and silver color scheme and a muscular geometric design. 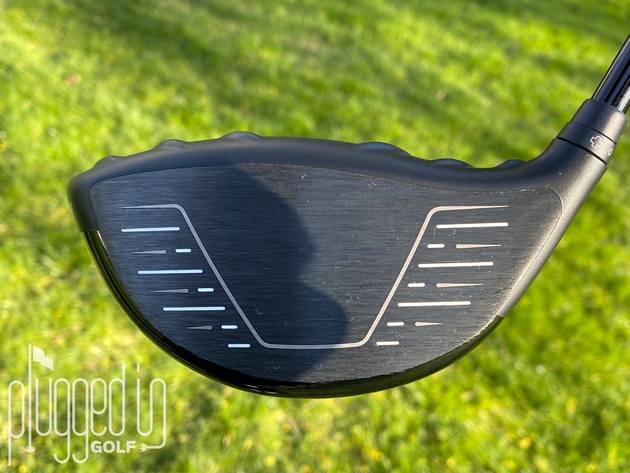 In keeping with that “same, but different” theme, the G425 LST driver sounds much like the G425 Max but a bit quieter.  The sound of impact is a strong, percussive “clap” that’s turned down a couple decibels from the Max.  Audio feedback is clear with the sound turning a bit off-key on mishits.

The strong, solid feel of impact compliments the sound well.  Even though this is a smaller head, it still feels extremely stable. 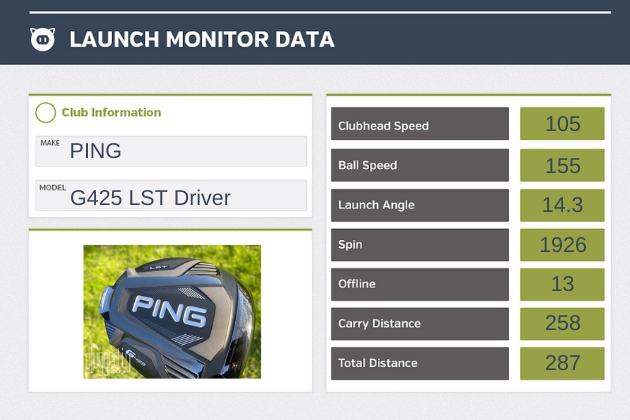 The PING G425 LST driver delivers on its namesake feature.  I saw a drop of about 200 RPM between the G425 Max and the G425 LST.  As always, your mileage may vary, so make sure you get fit before you buy.

What has impressed me about PING’s LST drivers is how they remain very forgiving and stable despite being lower spinning.  While there is small trade off in forgiveness, you don’t need to be a plus handicap to game the G425 LST.  Even when I hit shots off the heel, the distance was very respectable and the ball didn’t fly off the planet.  Like its predecessor, the G425 LST has a spectacular forgiveness to looks ratio. 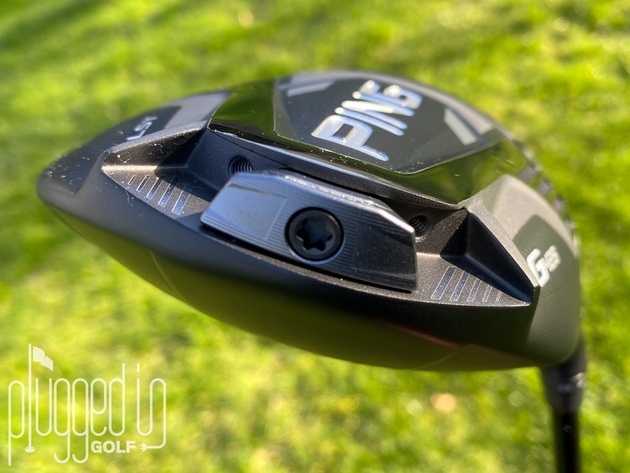 The G425 LST driver boasts the same substantial adjustability as the G425 Max.  Loft can be adjusted up or down as much as 1.5 degrees.  The “Flat” position shouldn’t be overlooked either – it’s a godsend for those who hook and pull their tee shots.  There is also a weight in the back with  three positions – Fade, Neutral, or Draw.  In the LST, the weight is lighter than in the Max – 17 gram vs. 26 grams – but I still found the impact to be significant. 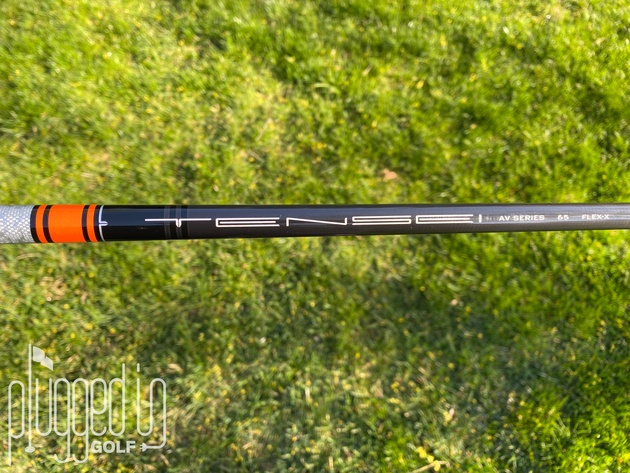 Also like the G425 Max, PING offers a great array of stock shafts in the G425 LST driver.  There are three proprietary models: ALTA CB 55 Slate, PING Tour, and Alta Distanza.  For the player that wants a hot aftermarket shaft in their driver, PING also offers the Aldila Rogue White 130 MSI [review HERE] and Mitsubishi TENSEI AV Orange in 55 and 65 gram weights. 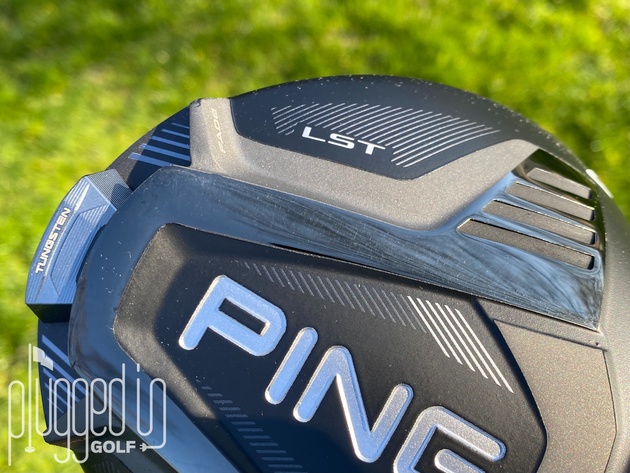 Once again, PING has managed to make a smaller, low spin driver with forgiveness that can still rival almost anything else on the market.  While I’ll be sticking with the G425 Max to get all the consistency I can, higher spin players should not be scared to try to find more distance with the G425 LST. 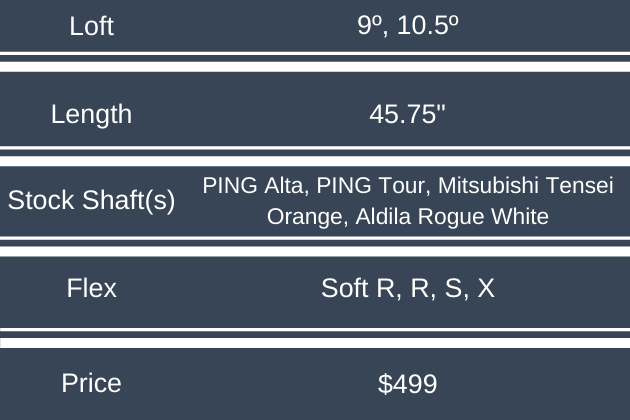