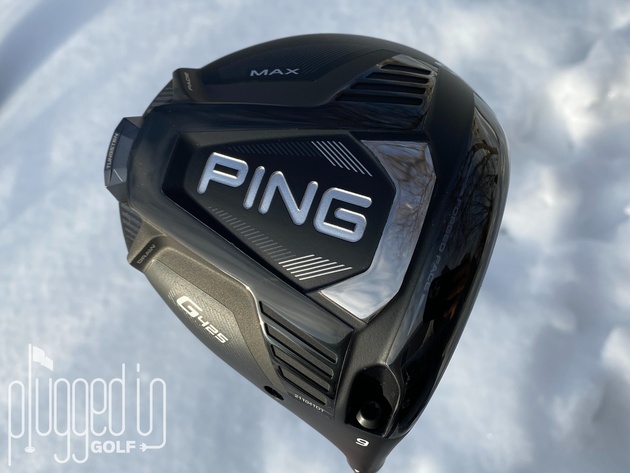 The PING G425 Max driver has the same adjustability as the G410 Plus but with more forgiveness.  The easiest-to-hit, most consistent driver on the market. 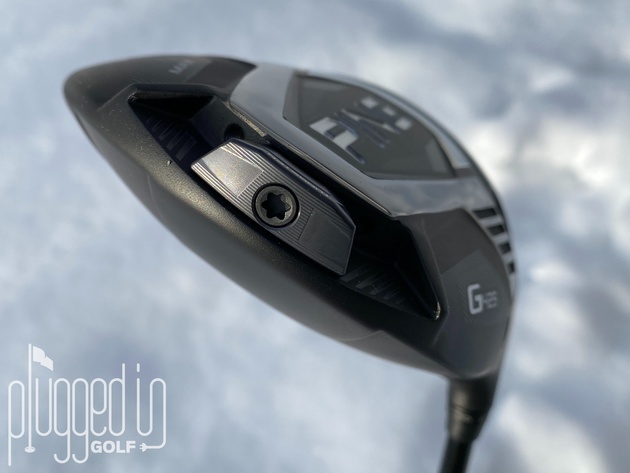 Going back to the G30, I’ve been gaming PING drivers.  With every new release, I’m left to wonder, “How are they going to make this one better?”  The additions to the G410 Plus [review HERE] were obvious: a more versatile hosel adjustment plus a moveable weight.  For the new G425 Max, PING has taken the adjustability of the G410 Plus and merged it with the beloved, uber-forgiving G400 Max [review HERE] to create their most forgiving driver ever. 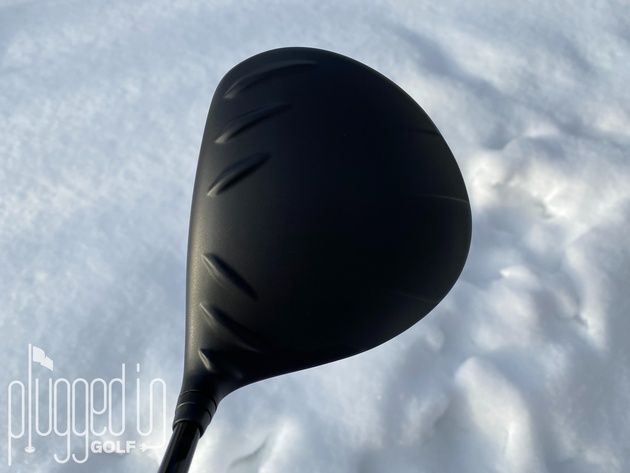 The PING G425 Max ditches color completely, opting for a black and silver color scheme worthy of Batman.  I love the sole design because it looks futuristic without being cheesy.  Whenever I pulled the headcover off this club, I felt like I had a weapon in my hands. 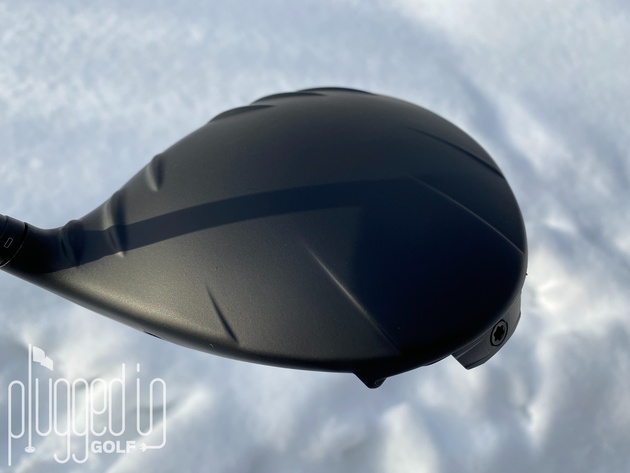 At address, the G425 Max has a lot of similarities with the past several generations of PING drivers.  It’s a matte black head that has ridges (turbulators) along the front edge instead of an alignment aid.  There are also subtle depressions along the back of the crown, also designed to improve aerodynamics.

The differences between the G425 Max to the G410 Plus are subtle but noticeable.  First, the crown is slightly darker and the depressions along the back edge are less noticeable.  In terms of shape and size, the G425 Max is a little beefier than the G410 Plus.  It looks a little longer and a bit wider, more rounded than triangular.  Again, the differences aren’t huge, but with the drivers side by side, they’re apparent. 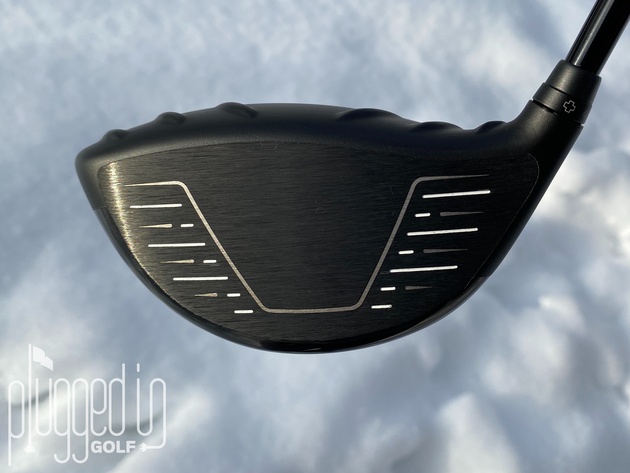 I felt like PING really dialed in the sound and feel with the G410 Plus, and clearly they agreed because not much has changed in the G425 Max.  Impact feels extremely solid and stable; you need to hit the very edge of the face to make it twist.  That said, your hands still get a clear picture of where impact occurred.

The sound is quiet, mid-bass, with a slightly hollow “pop” or “clap” character.  You won’t hear much difference between pure strikes and middling contacts. 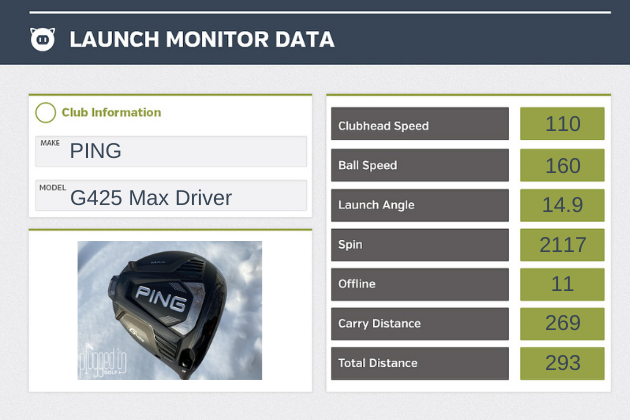 Let’s get right to the big question: did PING maintain the adjustability of the G410 Plus while also boosting the forgiveness?  Yes.  The G425 Max delivers on that promise in a big way. 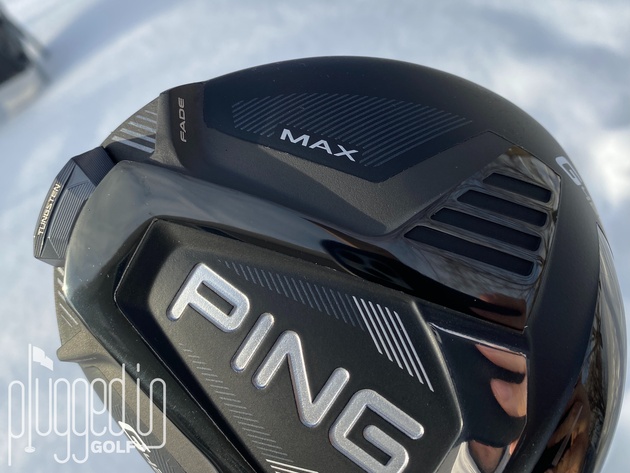 What’s impressive is that the G425 Max achieves this boosted forgiveness without giving up adjustability.  This driver uses the same adapter as the previous one, so you can use all the same shafts in the same eight positions.  Loft can be adjusted up or down as much as 1.5 degrees.  The 26 gram weight in the back can be put in three positions – Fade, Neutral, or Draw.  Each position has a noticeable impact on the ball flight and the position of the sweet spot.

As one of the leaders in custom fitting, PING offers a great array of stock shafts in the G425 Max driver.  There are three proprietary models: ALTA CB 55 Slate, PING Tour, and Alta Distanza.  For the player that wants a hot aftermarket shaft in their driver, PING also offers the Aldila Rogue White 130 MSI [review HERE] and Mitsubishi TENSEI AV Orange in 55 and 65 gram weights. 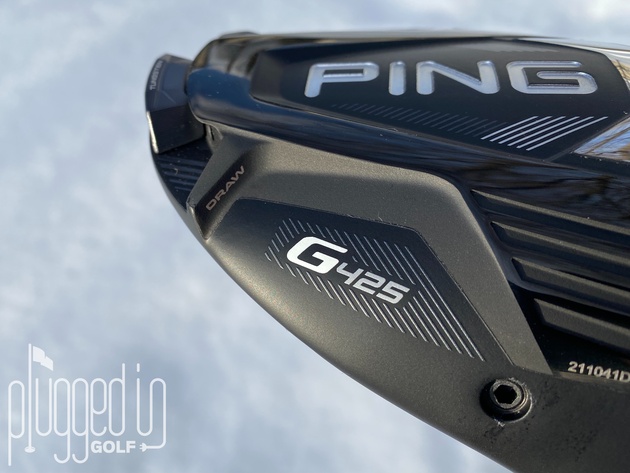 This probably isn’t going to surprise anyone, but the PING G425 Max is going to be in my bag for 2021.  I love the G410 Plus, but if I can get more forgiveness without giving anything up, I’m going to take it.  If meaningful adjustability and maximum forgiveness sounds like a winning combo to you, head to your PING fitter to dial in the G425 Max driver. 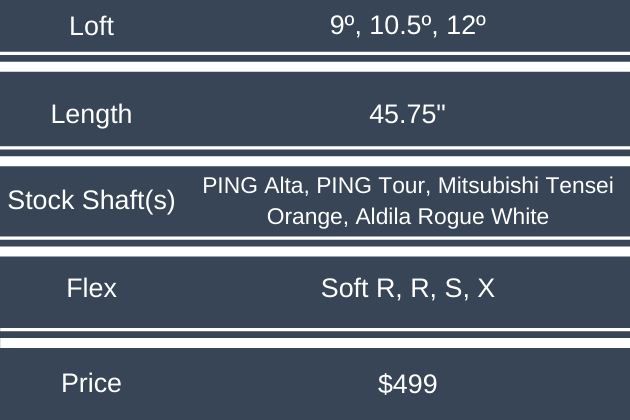