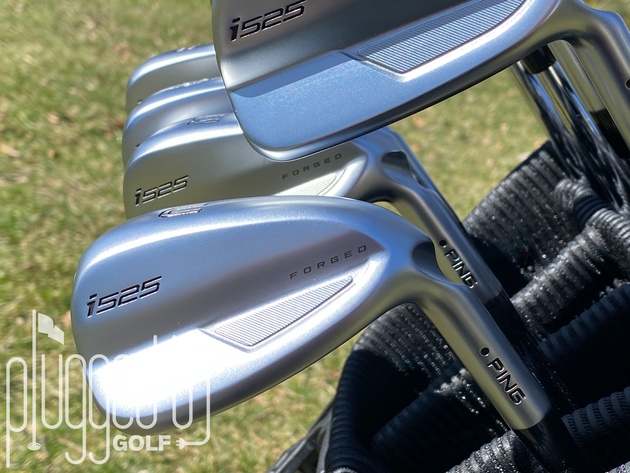 The PING i525 irons are one of the best-performing sets available.  Fantastic forgiveness in a compact package.  Excellent distance with sensible gaps between every club. 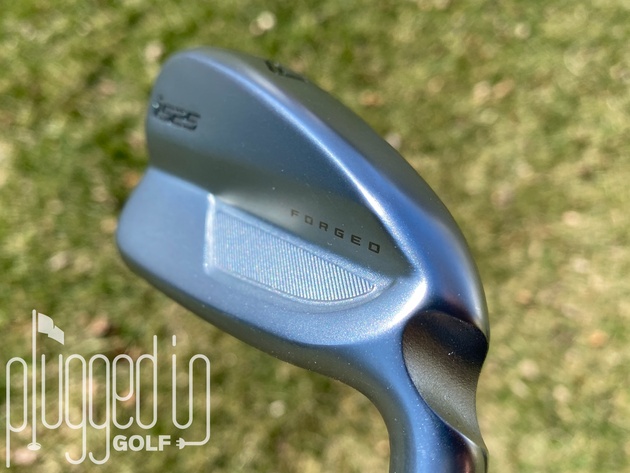 Many golfers are obsessed with labels.  “Are these players irons or game improvement?  Players or players distance?”  The new PING i525 defies easy categorization, but one thing is clear: this is a damn good iron. 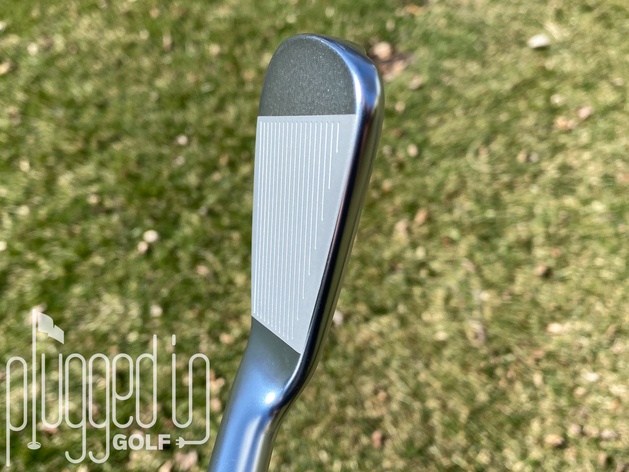 PING refers to the i525 irons as having a “players-style blade length and offset with a modest top line.”  I can’t say it much better than that.  At address, these clubs look extremely clean.  Players who need a razor thin top line or super compact head can opt for the PING Blueprint [review HERE], but these are going to look great to the vast majority of golfers.

The in the bag styling of the i525 matches that players look at address.  There’s “i525” branding on the toe and a slim “Forged” toward the heel, but that’s it.  You can’t even tell that these are PING irons unless you look at the hosel.  The screw in the toe lets you know this is a hollow body iron, but everything else about the way this club looks will have you thinking it’s a blade. 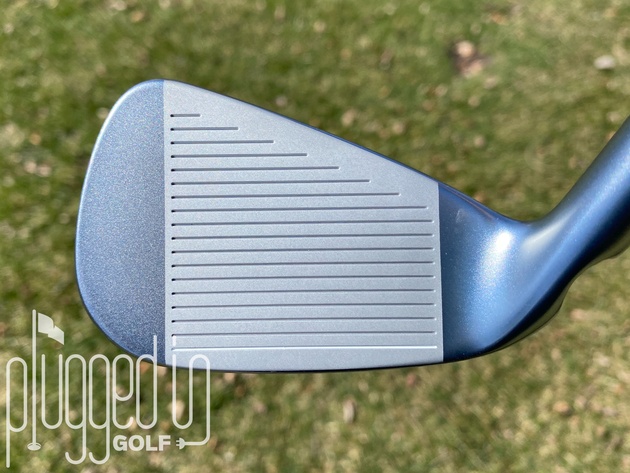 In terms of performance, PING irons stand up against any other OEM.  However, the sound and feel of their last few hollow body irons has been a relative weakness.  PING took this to heart with the i525 irons and injected a polymer into the face to improve the experience of impact.

Striking a premium ball with the i525 irons produces a sound that’s only slightly louder than average.  It’s a satisfying, percussive “snap” that sounds both fast and strong.  When you miss the center, the sound becomes less authoritative.

The feel of the i525 is solid with a little pop.  Feedback through the hands is excellent, clearly communicating where the ball met the face.  As you move away from center, the pop disappears and there’s a little extra vibration. 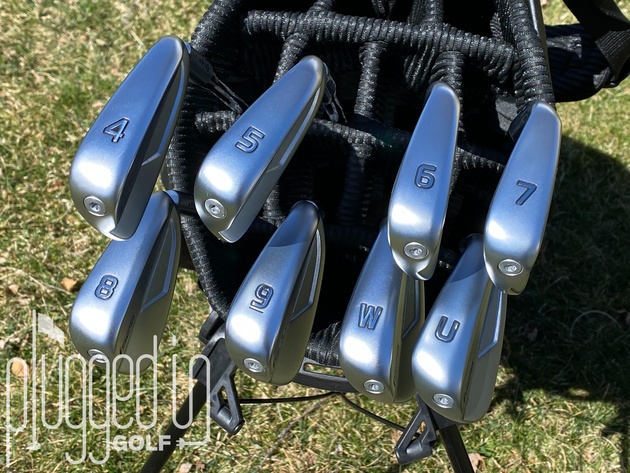 There’s a lot to say about the PING i525 irons, but I’m going to start with an area that PING consistently dominates: forgiveness.  Going back numerous generations, PING has been at the forefront of packing tons of forgiveness into compact irons.  They continue to lead in that category with the i525.  Throughout the set, the launch, spin, and ball speed are very consistent even when the strike moves around the face.

This forgiveness is powered by two design elements: “extreme weighting” and the hollow body design.  PING put tungsten weights not just in the toe of the iron but also in the tip of the shaft to make the head extremely stable.  This strong perimeter weighting supports a thin, forged steel face that gives shots more ball speed and consistent, high launch angles. 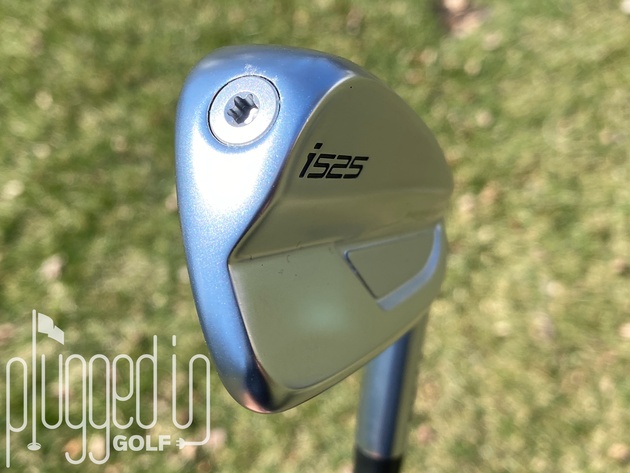 Additionally, the PING i525 irons are long.  The first key to distance is always ball speed.  The i525 has the ideal combination of high peak speed and excellent speed retention on mishits.  This is paired with very consistent, fairly high launch angles and optimized spin.  I found the i525 irons to be one or one and half clubs longer than my Blueprints throughout the bag.

In spite of their length, I hesitate to call the i525s “players distance” clubs.  This is because that label is most often used for compact clubs that add distance through very low spin and have poor gapping throughout the set.  Neither of those is true of the i525. 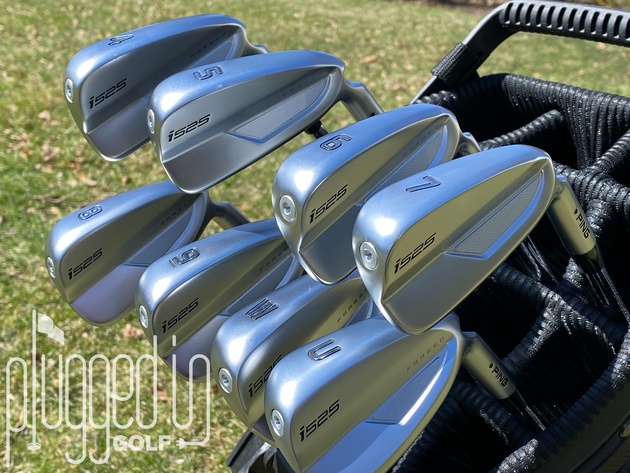 First, the PING i525 irons produce plenty of spin.  This gives them superior stopping power on the greens and more shot shaping ability.  In fact, they matched my Blueprints almost exactly when it comes to landing angle.

Equally important, there are meaningful, sensible distance gaps between each club.  Too often, a set has supercharged 6 and 7 irons with very little gap to the 4 and 5 and a chasm to the 8.  In testing the entire set, I saw gaps of roughly 10 yards between each club.  This is intelligent distance.  Players distance with a heavy emphasis on players. 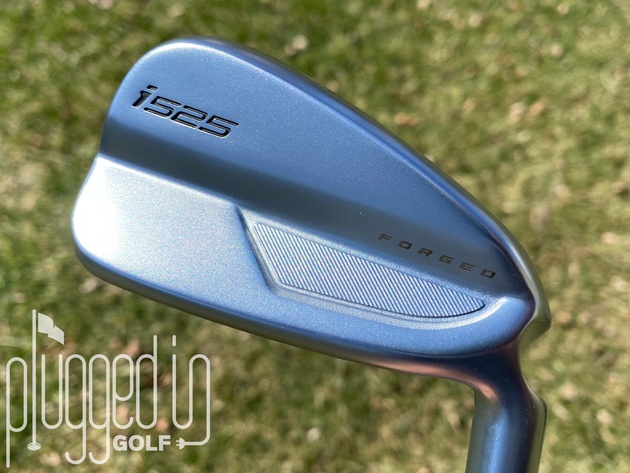 The PING i525 irons are one of the most impressive iron sets I’ve tested this year.  Regardless of what category you put them in, they’re long and consistent with standout looks.  If you want to hit your irons a long way and still score well, this is a set you must consider. 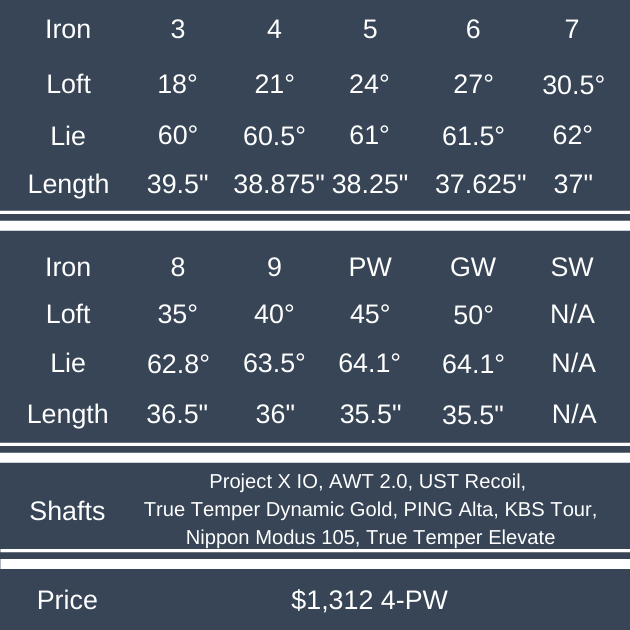