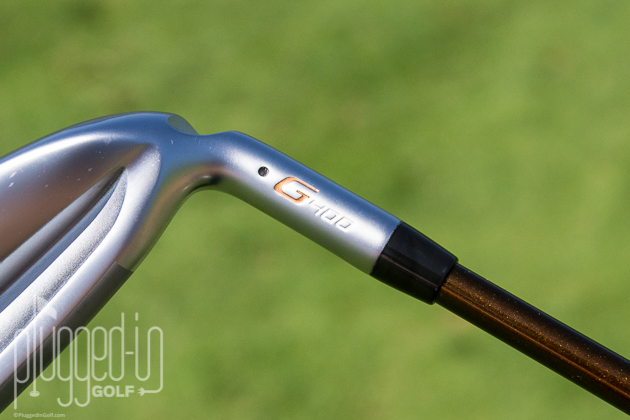 The PING G400 Crossover is one of the most-improved clubs in the new line up.  Much more forgiving, though still not a club meant for everyone. 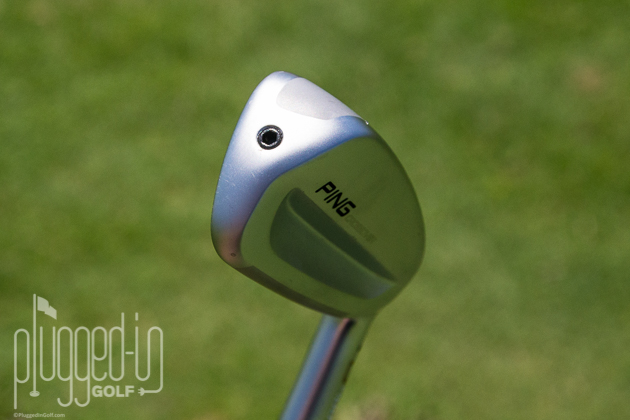 I loved the PING G Crossover when it came out.  It was in my bag for a long time.  Then, as often happens, I went through a bad spell with it, the 4I from my iBlade set stepped up, and the Crossover went into the backup bag.

When I saw that the G400 line would include a Crossover, I was excited.  Perhaps it could supplant my 4I or even my hybrid.  Read on to find out if it did. 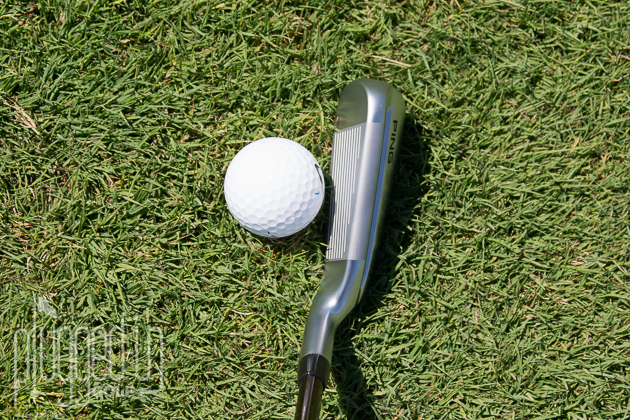 The Crossover got a new finish for the G400 line, trading the black of the G series for chrome.  Looking at the G and the G400 side by side, it appears that the two models are nearly identical in size.  On its own, however, I’d swear the G400 is smaller.  I guess chrome is slimming.

Color aside, the Crossover looks pretty typical for a driving iron type club.  The sole is slightly visible beyond the top line and there’s a good amount of offset.  These may not be the preferred traits for better players, but they’re necessary to make the club perform. 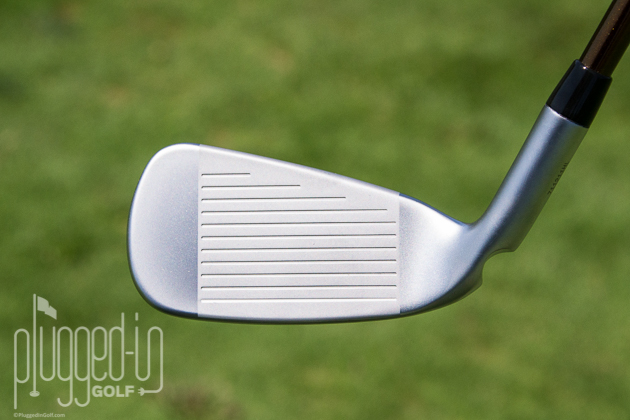 The PING G400 Crossover blends the feels of the G400 irons and the G400 hybrid.  It’s solid like the irons, but not to the same extent because of the hollow construction.  Similarly, the sound is robust and strong but with a note of explosiveness like the hybrid.

In terms of feedback, the Crossover is excellent.  It’s much more stable than its predecessor, but you’re still able to precisely locate where you struck the ball.

It only took a few swings with the G400 Crossover to feel the difference in forgiveness.  The 20-gram tungsten toe weight makes the G400 Crossover much less penal on mishits compared to the G, especially when you miss toward the toe.  That forgiveness shows up in higher ball speeds and better dispersion.  PING claims that dispersion will be 17% tighter.

Even with the added forgiveness, it’s important to recognize that the G400 Crossover is a club designed to hit the ball on a low, piercing trajectory.  As a result, it’s not going to be the best option for players that hit it low (like me) or players with below-average swing speeds.  Getting this club fit is absolutely crucial, and I think most players will do best with the Alta graphite shaft as opposed to the Tour graphite or the steel shaft.

What hasn’t changed about the Crossover is the thing I love the most: the feeling of pure control over every shot.  There’s virtually no gear effect, so you won’t see heel or toe shots curving wildly.  If you have the skill, the Crossover will deliver subtle draws and cuts on command.

Sadly, the G400 Crossover will not be in my bag.  As my PING fitter informed me in no uncertain terms, I just hit the ball too low.  I need the added boost of a hybrid or a fairway wood to get optimal distance and green-holding trajectory. 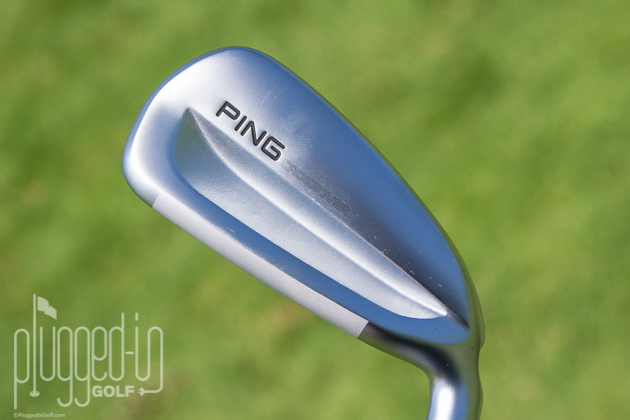 In a line up full of outstanding clubs, the PING G400 Crossover may be the most improved.  The added weight in the toe gives it a huge boost in forgiveness that makes it even more playable than the G.  If you can make the strong ball flight work for your game, the Crossover will become one of your go-to clubs. 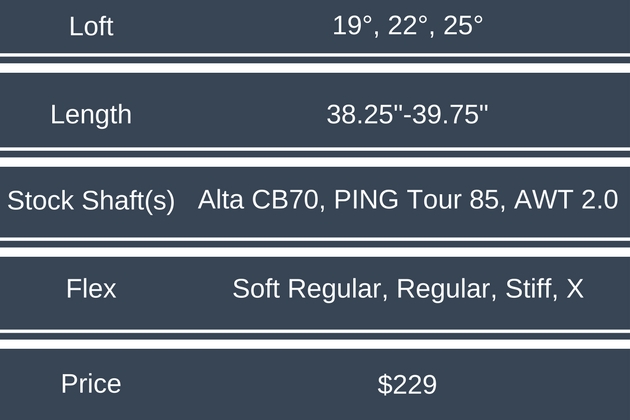