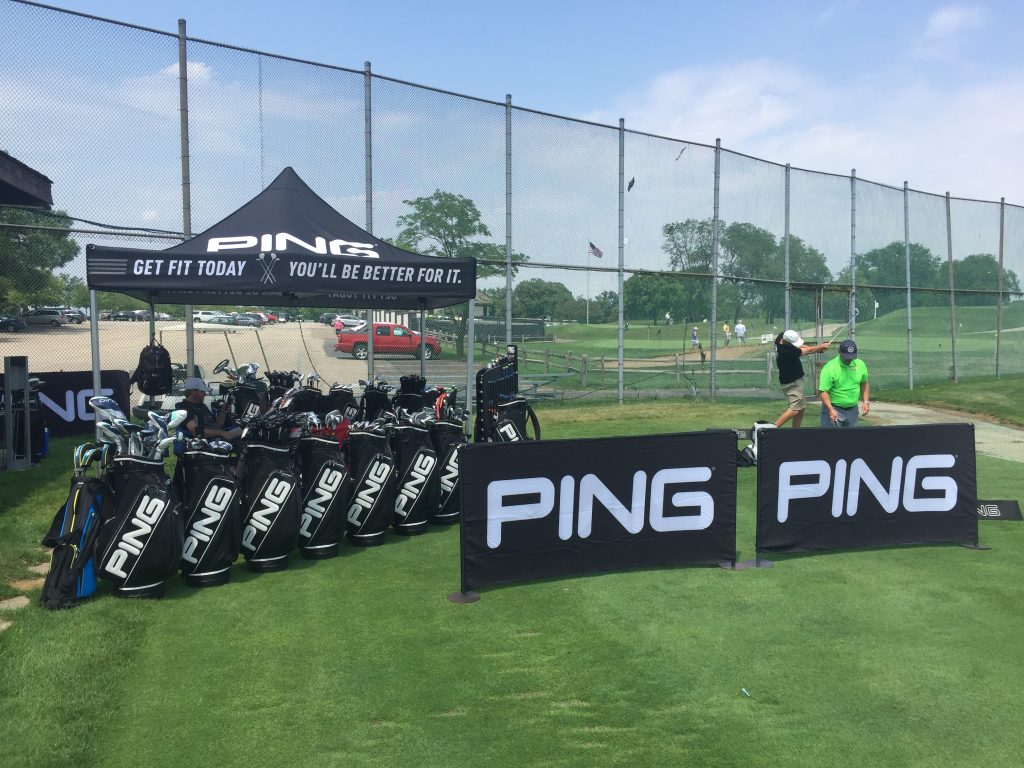 A Tour Van In Your City

For true golf equipment nerds, almost nothing is as revered as a Tour van.  We follow OEMs’ social media accounts for a glimpse into these mysterious vehicles.

Sadly, 99.9999% of us will never be fit by a Tour van.  However, PING is bringing that level of fitting expertise to the doorstep of millions of golfers.  In conjunction with the launch of the G400 series, PING has outfitted a van with every PING club imaginable, PING fitting specialists, and, of course, Trackman.  The best part is that it’s available to anyone who wants to be fit. 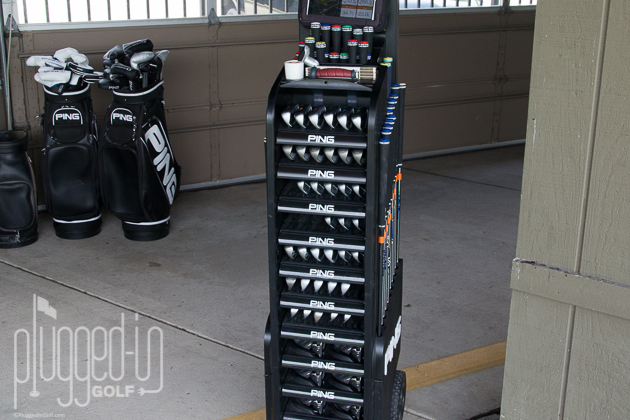 I showed up for my fitting at Cog Hill and met my fitter, Eric Stabenow.  He asked me to warm up with my 7 iron, observed my ball flight, and asked questions about my game and set.

After I was warm – which didn’t take long in 100% humidity – Eric took my static measurements, and we discussed iron models.  This is the fun part for a lot of golfers, trying the different types of clubs.  Since I had already reviewed each of the older models, we limited our fit to comparing the G400 to my iBlade gamers.  Unsurprisingly, the G400 irons are much longer than my iBlades.  My best swing with the G400 7I carried 190 yards, 25 yards longer than my iBlades!

PING has changed their iron fitting process for 2017, so the next step is now fitting for length.  I measure into and play standard length, which Eric said he rarely pushes people away from.  He said that many people think they should be in longer clubs, but he finds that they’re harder to control.

After length comes lie angle.  My measurements suggest a slightly upright iron (Blue Dot in PING terms), but I’ve always played standard/Black Dot to offset a tendency to hook.  Eric also had me try an iron that was one degree flat, but my contact was better with standard.  This is one of many examples of the quality of PING’s fitters: they’re focused on results (ball flight), not what charts or measurements say.

The final step in the iron fitting is choosing the shaft.  Eric said that with the shaft, more than anywhere else, he relies on asking the player questions.  He was less interested in staring at the Trackman numbers than he was in making sure the shaft felt comfortable in my hands.  Having already tested virtually every iron shaft under the sun, it was easy for me to find a shaft I was comfortable with. 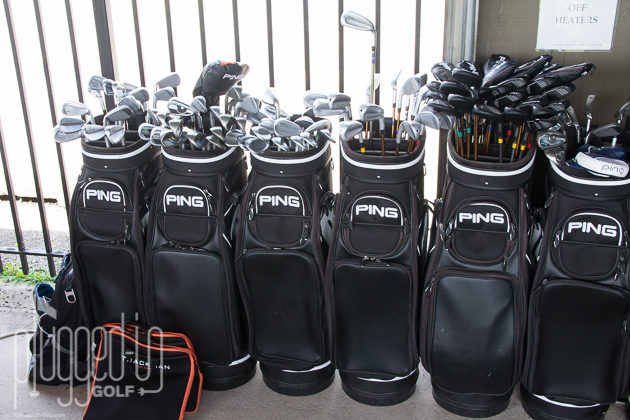 The G400 line has three options for this section of the bag: Crossovers, hybrids, and fairway woods.  Eric had already noted my tendency to hit a low ball, so we started with a 22 degree hybrid.  Immediate success.  It was flying 215 yards and landing softly.  Matched with the PING Tour 75 shaft, it did everything I needed.

For fun, we tried a couple other things against the 22 degree G400 hybrid.  We tried the 19 degree hybrid, but the ball flight was lower than we wanted.  We also looked at the Crossover.  I loved the G Crossover and had one in my bag for quite a while.  The new G400 Crossover is even better – it’s much more forgiving – but the low ball flight that it creates just isn’t a match for my swing.  Eric also put out the idea of a high lofted fairway wood, but I ended the experimenting – I was happy with the hybrid.

I was expecting that Eric would hand a 3W to me for the final spot.  Instead, he put together a 5W.  He said that with my low flight, a 5W would be as long – maybe longer – and much more playable.  The first two swings proved him prophetic – 240 yard carry distances on a trajectory that would actually hold a green.  Trust the professionals!  They know what they’re doing! 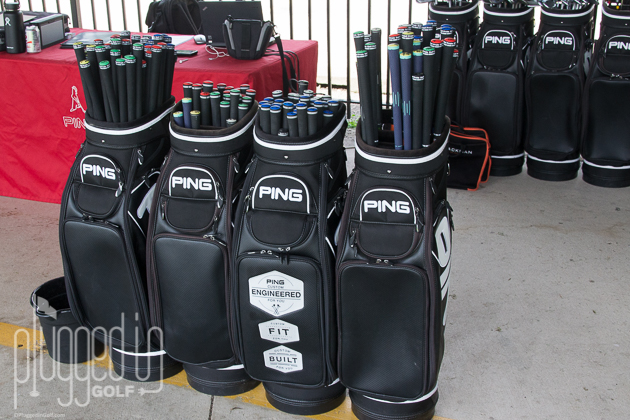 Since I’ve been trying to improve my swing, I’ve been fighting the driver like crazy.  I was not excited about this part of the fitting, but I went ahead and made a handful of passes with my current gamer.  Eric’s first question – which, to his great credit, he asked without condescension – was, “Why did you choose the LS Tec over the G?”  I sheepishly answered, “I was concerned about high spin” while thinking, “Because I’m an idiot.”

Eric put together a G400 driver with the PING Tour 65 shaft, and the first ball took off like a rocket.  I hit two more, and each was better than the best with my current driver.  Was a little of that the honeymoon effect?  Absolutely.  Is it also smart to play the most forgiving driver you can?  Duh.  High spin can be a problem but unless your impact location is incredibly consistent, it’s a distant second to forgiveness.

To close, I want to share a great nugget I picked up from Eric during the driver fitting relating to the hosel adjustability.  Eric noticed that I had my gamer set to -1 degree of loft (open face).  I explained that I preferred the look of the open face and that I wanted the anti-hook help.  Eric told me that by opening the face, I was making the driver more draw biased.  He went on to explain that’s why PING does not advertise using the hosel to correct directional issues. 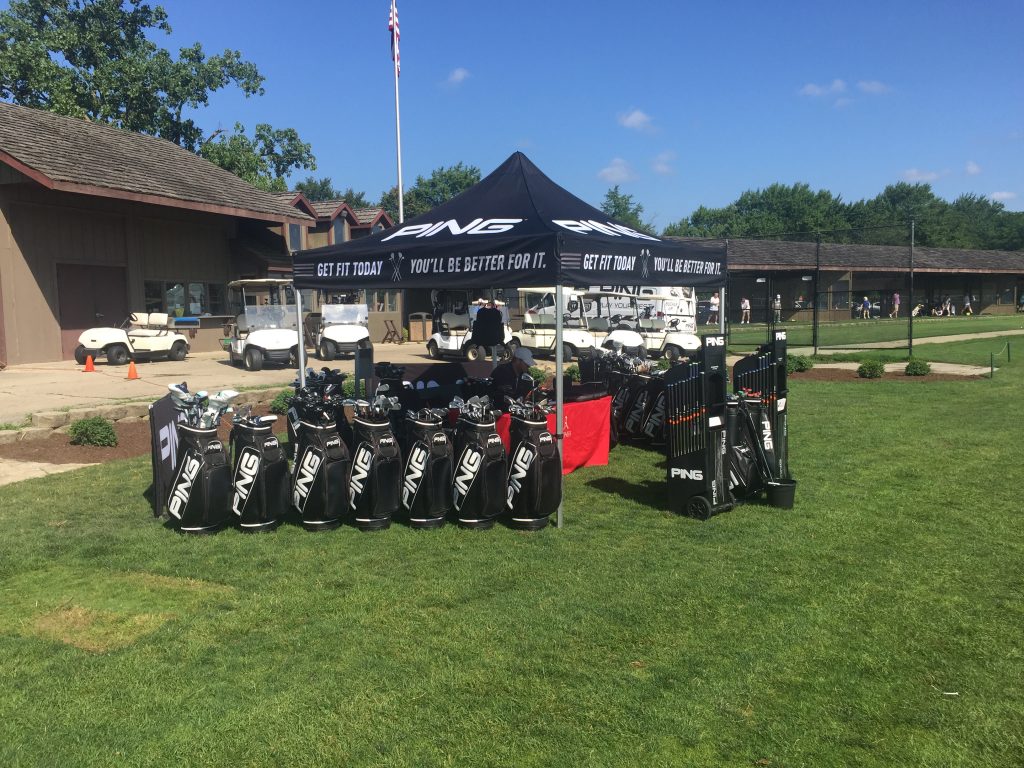 I’ve been through more fittings than I can count, but I was very impressed with PING’s fitting experts.  I walked away having learned numerous important things about fitting and what’s best for my swing.

If you’re interested in being fit by PING’s touring specialists, you can call 1-800-474-6434.  They’ll be in Chicago at Cog Hill, St. Andrews, and Pine Meadow through September 17th and moving on to other markets later in the year.