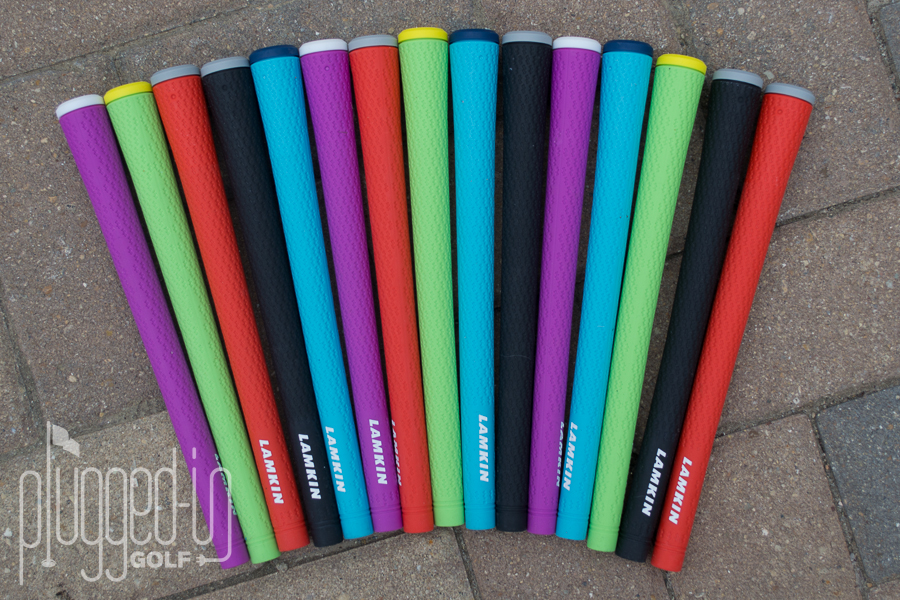 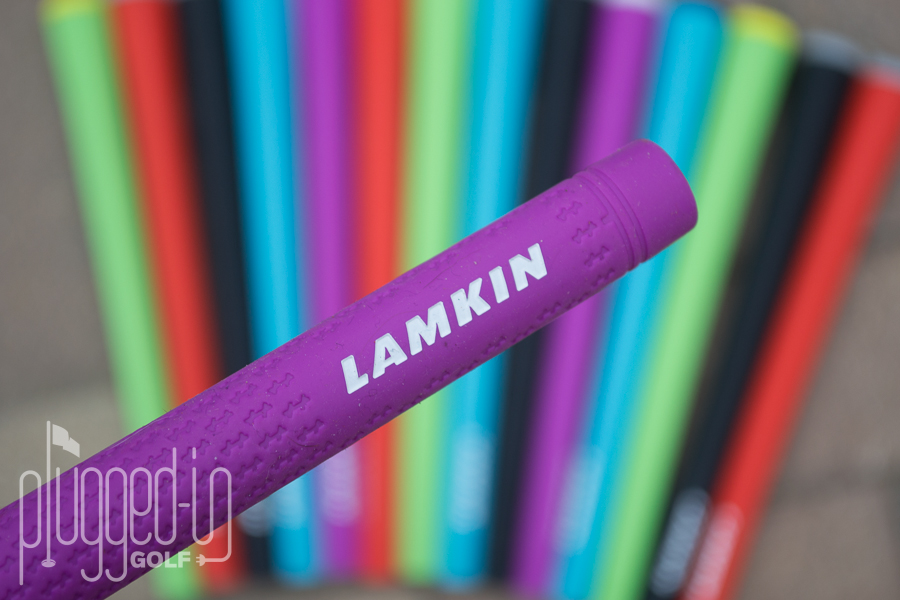 The first time I held a Lamkin i-Line grip in my hand, I could not get over at how much this grip felt exactly like an Iomic grip, and how refreshing that was to see from one of the larger brands.  Of course, as I did my product research, I quickly learned that the i-Line was actually co-designed by Lamkin along with Iomic so it was no coincidence that this grip felt so similar.  The next natural step was to get this grip on a bunch of clubs and out on the course as soon as possible. 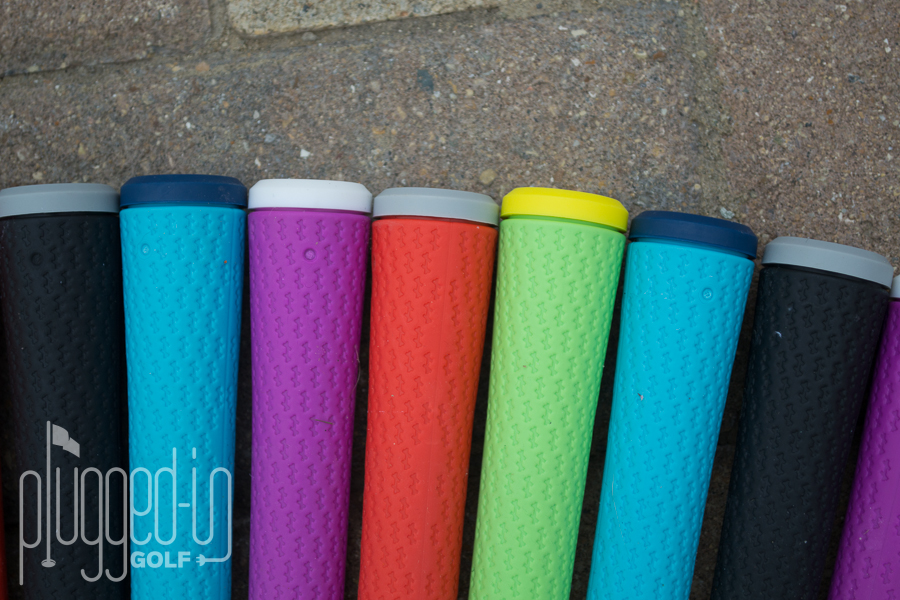 Consistent with the current grip trends, Lamkin offers the i-Line grips in standard colors as well bright and bold color options for those golfers looking to make a statement with their clubs.  You can buy the i-Line in black/grey, lime/yellow, magenta/white (one of my favorites), orange/grey, turquoise/blue, and yellow/lime.  Etched into the grip is the signature Lamkin Crossline pattern and finished off with the new Lamkin wordmark logo in white.  Though the design on the grip itself is minimal, these i-Line grips certainly look good on a set of golf clubs and are easy to keep looking good with basic cleaning. 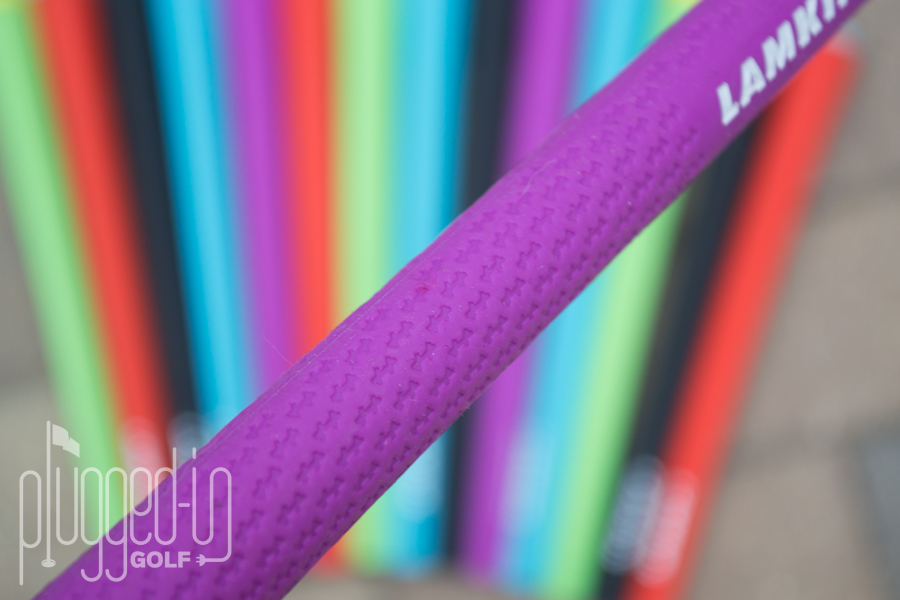 I would find it hard to believe that any other grip in the Lamkin lineup feels anywhere near as soft and easy on the hands as the new i-Line grips.  It’s time for me to come clean here and admit that I have arguably the softest, weakest hands in the world and they get torn up easily.  The problem is, I prefer a little cord in my grip thanks to a recent grip change (see our Lamkin UTx review here).  For kicks, I put some i-Lines on a set of irons to see how I would like this softer grip and how my hands would hold up over time.  To my massive delight, I don’t think I’ve ever felt more comfort in a grip than I did with these i-Line grips.  I really put them through their paces over a three day period, and my hands felt better than they ever have when it comes to “golf wear.”

Feel was a major reason for why Lamkin teamed up with Iomic to develop the i-Line grip.  Iomic wanted to develop a grip that maintained its soft and very tacky feeling round after round and this is a corner of the market that Iomic has had pegged for years.  Not only did Lamkin use a thermoplastic material to accomplish this, but they focused on exactly how the Crossline pattern was etched into the material in order to make sure the grip stayed soft and comfortable.  For this reason, you will notice the edges of the pattern are more rounded and less abrasive than typical for the Crossline pattern found in Lamkin grips which results in more traction.

I’ve established that Lamkin i-Line grips feel great, but how do they perform?  Often times these super soft, tacky grips make the club feel a little muted and dead because they focus so much on being pillows for your hands instead of a performing golf grip.  The first thing I noticed on the range was that I still had the response I would look for out of premium grip.  I still got all of the shot feedback I was looking for, but at the same time, the i-Line still did a great job of keeping shock minimized.

Another concern with these soft and tacky grips is how they handle dirt and moisture.  My experience is that they always get slick and turn into dirt magnets which creates a quicker need to replace your expensive grips.  Fortunately, the Lamkin i-Line performs well with both aspects.  I’m not going to try and convince you that you don’t need to “manage the dirt,” but a simple damp towel and quick wipe of the grip will address your dirt issues.  When the grips get wet, they don’t become too slick.  I’m not trying to tell you that you should pour a bucket a water over them before every shot, but using these grips in the rain will not be a concern for you. 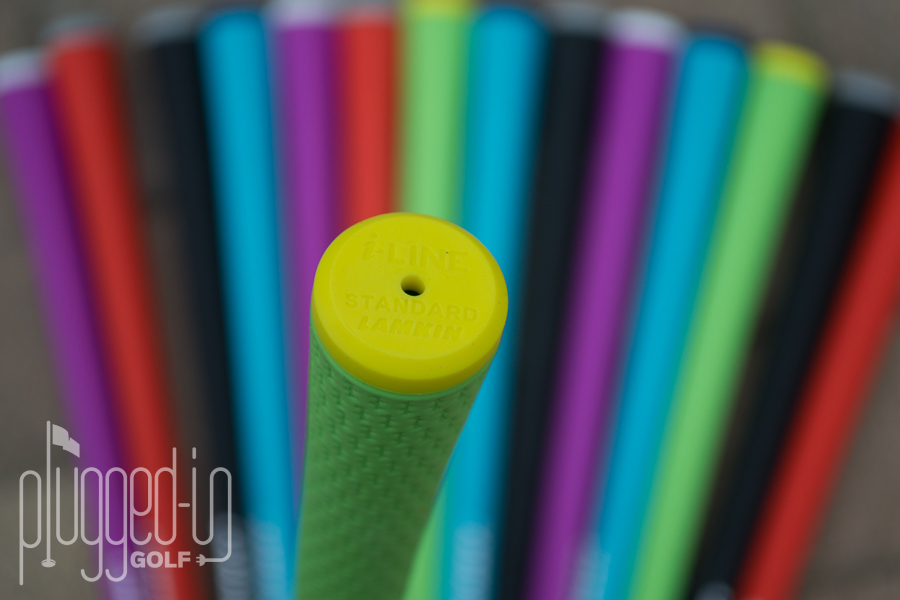 I really have to hand it to Lamkin in 2014.  I’ve had plenty of experience with different Lamkin grips in the past, but in 2014, Lamkin has produced two grips that have made me switch from a previous brand to one of their products.  I’ve been playing the UTx grip pretty much all season long, but after installing some i-Line grips, I’m strongly considering the switch again…especially considering my fragile little hands.  Either way, I can’t go wrong.

Additionally, the i-Line grip is fairly affordable in the overall grip market, let alone the high-end, tacky, premium rubber grip market.  The i-Line’s cousin, the Iomic Sticky is going to run you about $15 a grip and they’re harder to acquire, whereas you can head over to most of your big-box golf stores and pick up a nice Lamkin i-Line grip for $7.99 a piece.  That’s just flat out a great deal.  Frankly, I think the i-Line is a better grip than its previously mentioned cousin as well.  For my money, the Lamkin i-Line is a no brainer for someone looking to play a soft, premium grip with high-end performance. 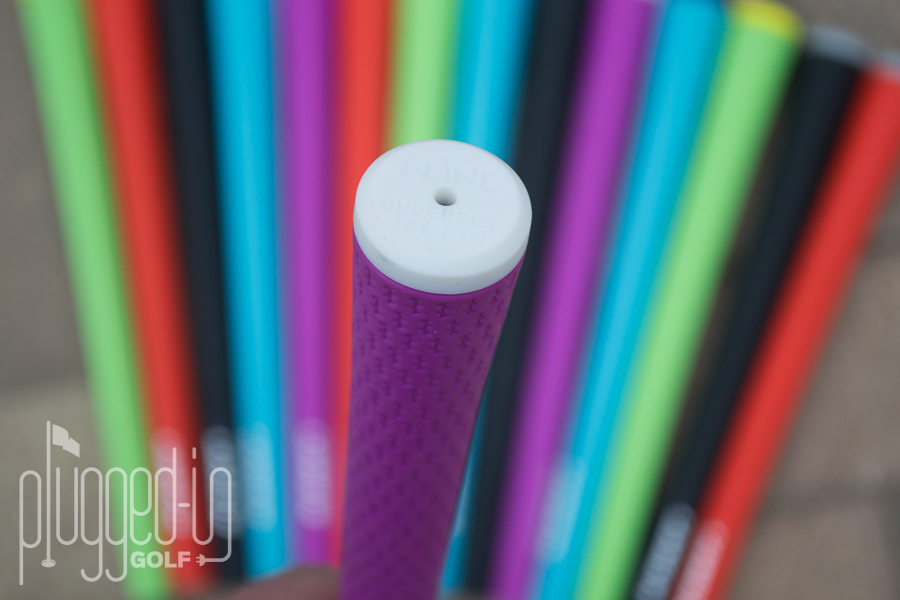 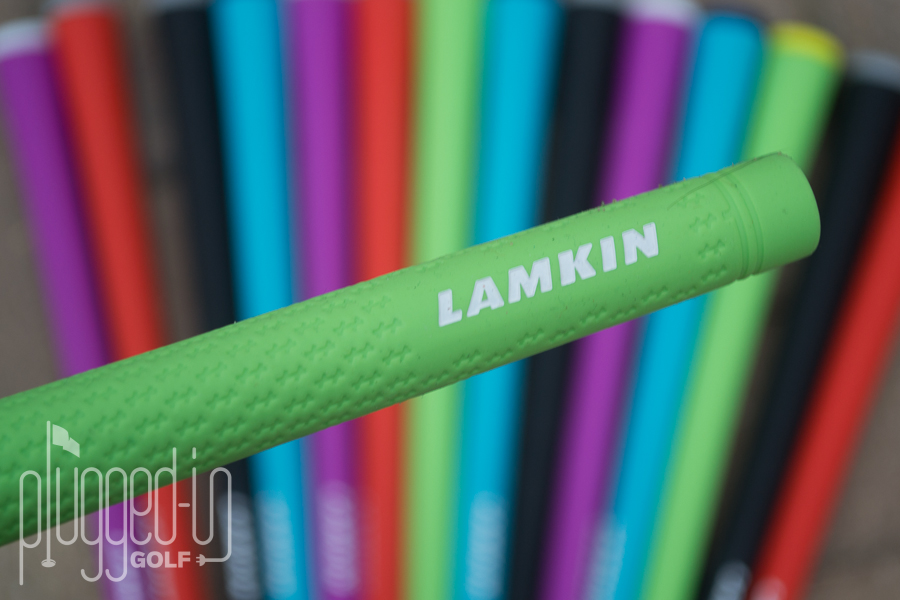 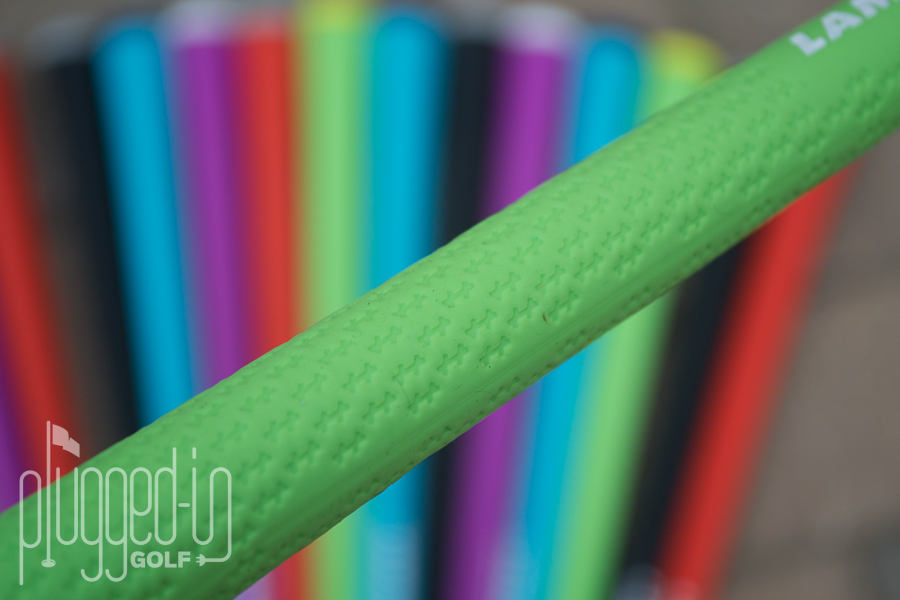