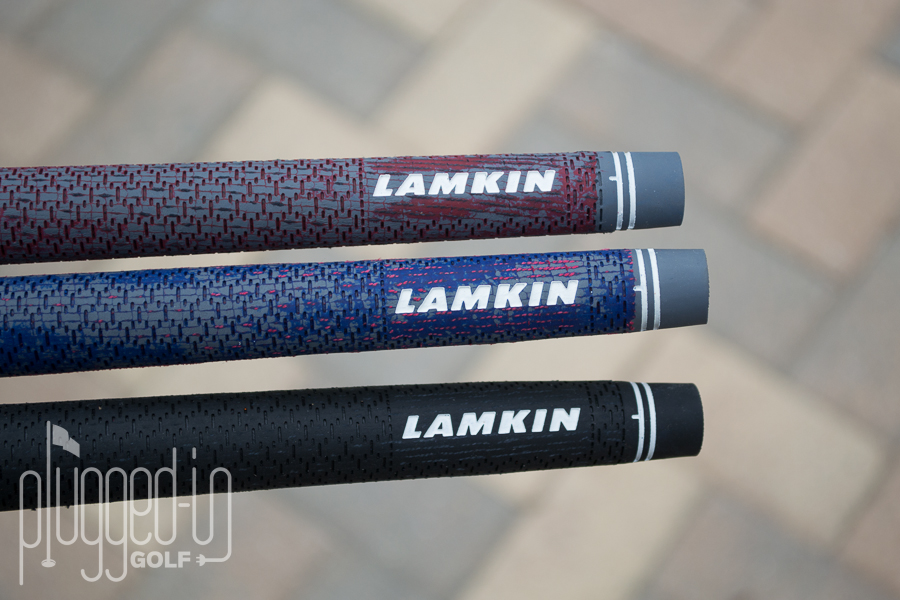 Great grip.  Excellent feel.  One of the best all-weather grips in golf. 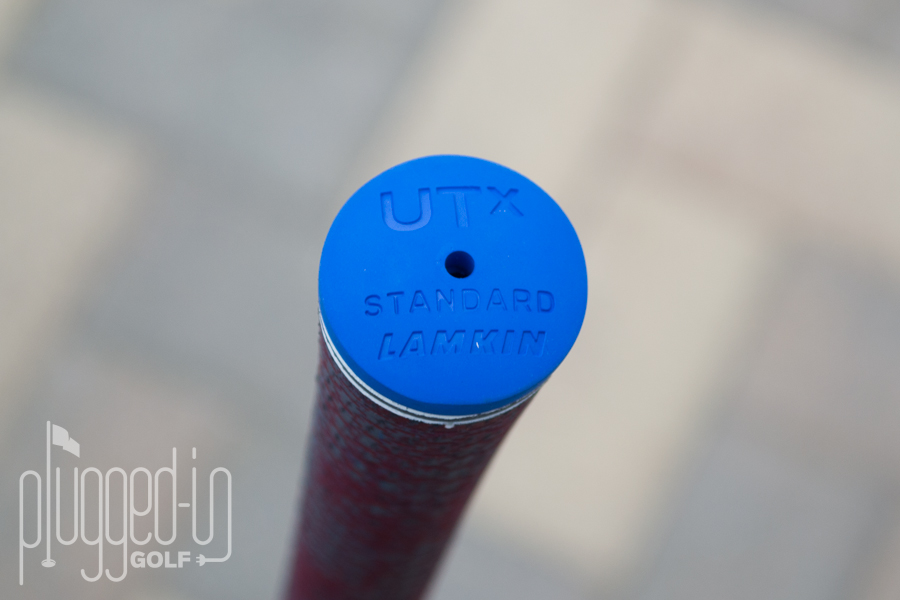 It seems like everyone that makes a grip will go ahead and tell you that they have an all-weather grip that is a performance leader no matter the conditions.  More often than not, it’s just flat out untrue.  Some grips feel terrible unless they’re soaking wet, some grips still get too slick when wet, and others only feel good as long as they’re dry and dirt free.  I’m not ashamed to admit that this is exactly what I was expecting from Lamkin in the new Lamkin UTx grip.  I was wrong.  All I can say to you is that the Lamkin UTx is a giant killer and I did myself a great service putting these on my clubs. 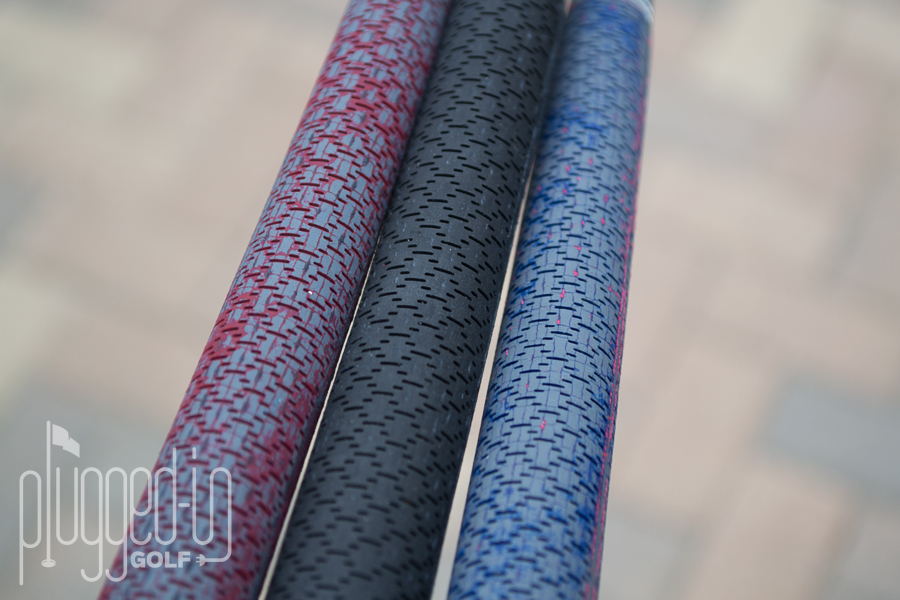 There are three different color variations of the Lamkin UTx grips.  For the traditionalist, there’s a basic black with a blue cap and white branding, but for those looking for a bit more flash, there’s a blue and a red option that has an marble looking pattern in the coloration.  Personally, the red is my favorite and a few may find their way into my bag instead of the basic black.

Visually, The grip pattern is very reminiscent of the R.E.L. ACE 3GEN. 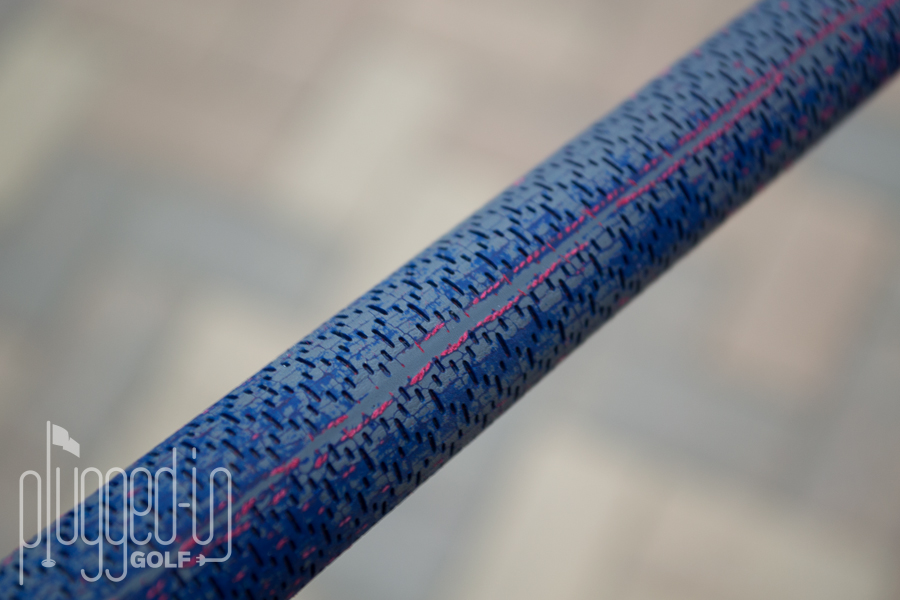 All-weather grips tend to be uncomfortable to me, simple as that.  I don’t know if it’s the weird blends of different materials, heavy cord, or overly tacky rubbers, but it just never works out for me.  I’m typically better off just keeping my regular ole grips dry as best I can and going from there.  Fortunately, the Lamkin UTx may finally be the alternative that actually works for me.  The UTx is plenty tacky and maintains more than adequate grip when wet, a condition we face often in spring golf in the Midwest.

In addition to excellent grip, the UTx does an good job of maintaining a desirable response level during the shot with comfortable shock absorption.  Again, typically when grip companies go out of their way to absorb shock in the grip, you end up with a bulky grip and zero response in the club.  This couldn’t be further from the truth in the Lamkin UTx. 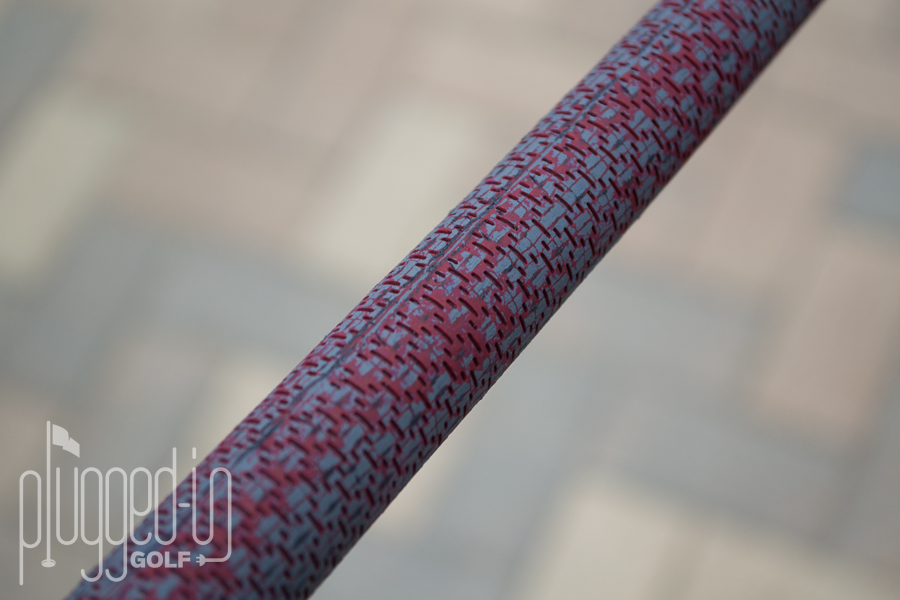 With the Lamkin UTx grip, your hands are not going to be all torn up after a big practice session or long 18 and they aren’t going to be stinging from all the lasers you were hitting.  The next time you tee up in rainy conditions, you won’t even have to worry about the club slipping out of your hands and you’ll still feel all of the benefits previously mentioned.  From a performance perspective the UTx truly has everything you can ask for in response or feedback on your shots while maintaining a high level of grip and comfort in any condition that Mother Nature may throw at you.

As the resident “cords or nothing” guy, I wanted to throw my two cents into this review.  When I first picked up the UTx, I was underwhelmed.  When it’s not installed on a club, it doesn’t feel like there’s a lot of cord of this grip.  Don’t be fooled!  Once I installed it, the cord become more prominent as did the grip’s tack.  The UTx has a really pleasing balance of cord and tack that delivers comfort and grip, even when you’re playing without a glove.  For me, this is the most impressive new grip I’ve seen in years and one of very few that I could game regularly. 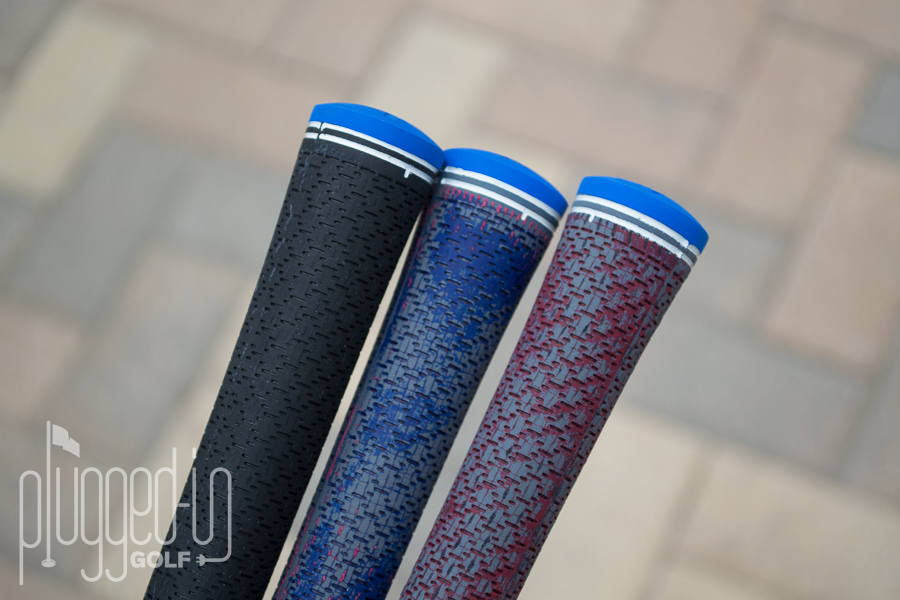 I’ve been using the same $5 rubber grip for about eight years now.  It’s been fine for me, and I haven’t seen a reason to invest any more money than that on a grip.  Unfortunately for my bank account, I tried this Lamkin UTx grip.  At PluggedInGolf.com, we often run into a new product we haven’t used before that may find its way into our playing rotation, and it usually does for a period of time until the next impressive thing rolls around.  I’m confident in telling you that I think I found a mainstay in the UTx grip.  I don’t have a lot of free time in my life, so I have to be willing to golf in rain on occasion if I want to get a few holes in.  With the Lamkin UTx grip, I’ve found a grip that feels better than my current gamer grip, and performs better in diverse weather conditions.  The grip is your only point of contact with the golf club so it’s crucial that you make sure you feel confident every time you put that grip in your fingertips, and the UTx gives me that feeling. 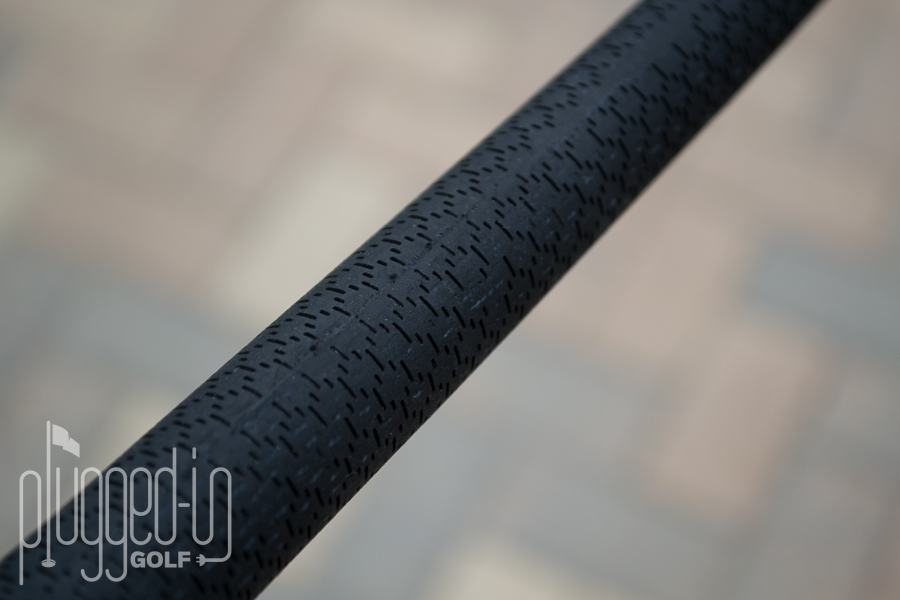