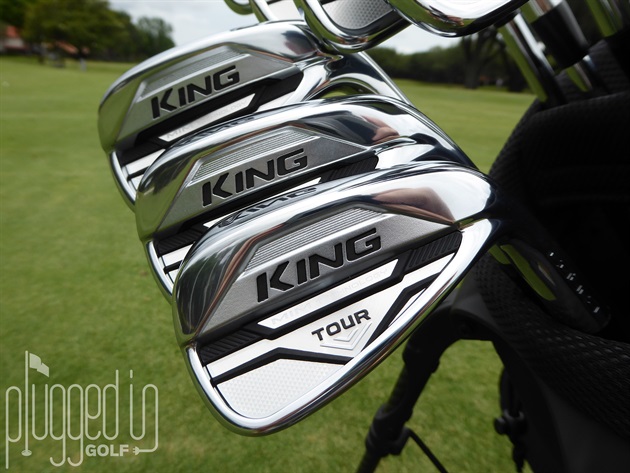 With great feel and forgiveness, the Cobra KING Tour irons offer golfers both playability and consistency.  Modern looks that reflect its modern technology. 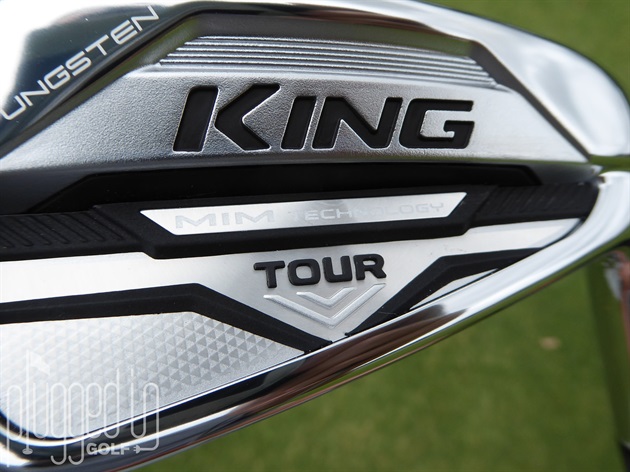 Situated nonchalantly between ‘KING’ and ‘TOUR’ on the back of the namesake irons is the real headliner – ‘MIM TECHNOLOGY.’  MIM stands for Metal Injection Molding, a state of the art manufacturing process that allows Cobra to produce club heads with amazing precision, and with uniform metal grain structure that surpasses forgings.  What does the MIM Technology mean to you the golfer?  Keep reading to find out. 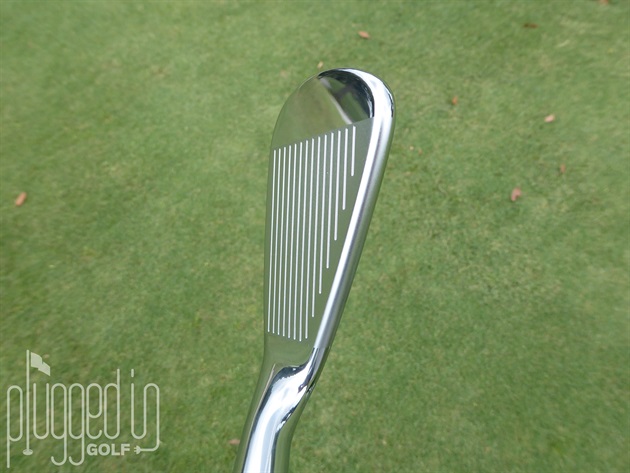 The Cobra KING Tour irons have a look that caused me to hesitate on categorization.  The narrow topline and slight offset clearly communicate a pure players irons.  But both a little more length in the blade and a slightly wider sole might cause purists to raise an eyebrow.  If, like me, you find the compact look of blades intimidating, the KING Tour irons should be very appealing.

While the irons are devoid of the bold colors that give Cobra woods identity, the large ‘KING’ on the backside makes a clear statement of the brand.  There’s a lot going on in the cavity, but the chrome and black motif gives it a unified look.  The matte finish on the face and grooves devoid of paint fill give the irons a clean, classic look. 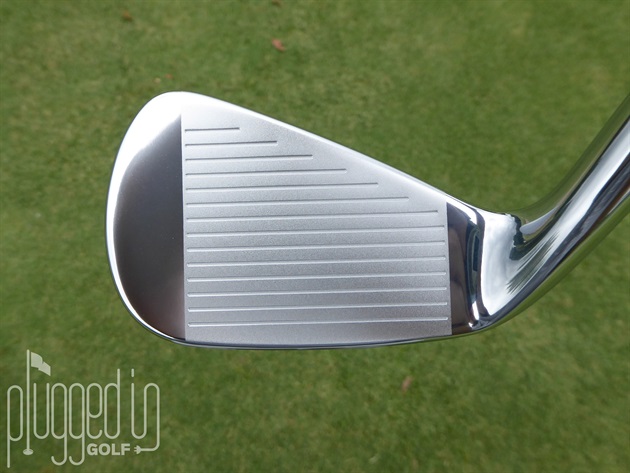 The Cobra King Tour irons produced a pleasant medium volume ‘thwack’ that was fairly consistent across the face.  Usually the first note I make, I had to revisit the sound after being enthralled with the soft, satisfying feel.  The irons offered excellent feedback on strike location without ever feeling harsh.

Feel is where the MIM Technology really shines for golfers.  Unlike a forged carbon steel head where the metal is literally pounded to achieve a tight grain structure, the MIM process starts with powdered stainless steel that results in a uniform, ultra tight grain, ensuring a consistent soft feel across the face – and face to face through the set. 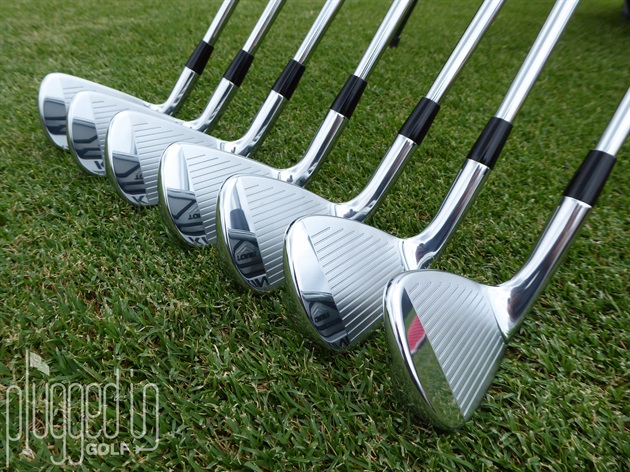 Once I was able to shift my focus from the wonderful feel, I began to note how consistent the ball flights were.  Not only were shots tracking nice mid trajectories, they were landing in a fairly tight grouping.  Even on far less than perfect strikes, the carry was generous – more in line with what I’ve experienced with game improvement irons. 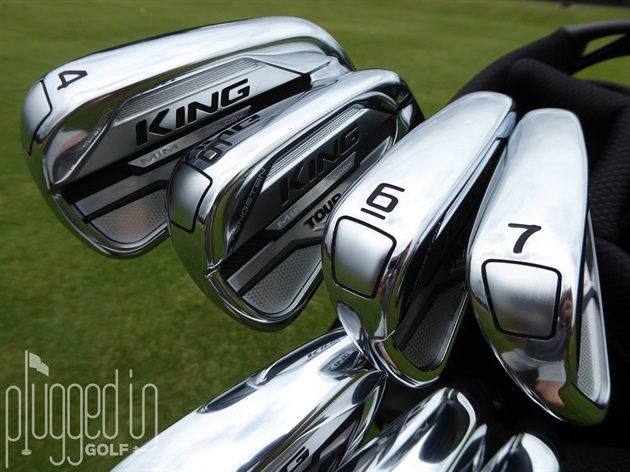 As I mentioned earlier, Cobra designers did a marvelous job at communicating feedback, but they also were able to deliver stability.  The non-harsh feel comes from a vibration dampening TPU insert behind the face.  For stability, team Cobra utilized a tungsten insert in the toe.  Both attributes were executed with precision thanks again to the MIM process. 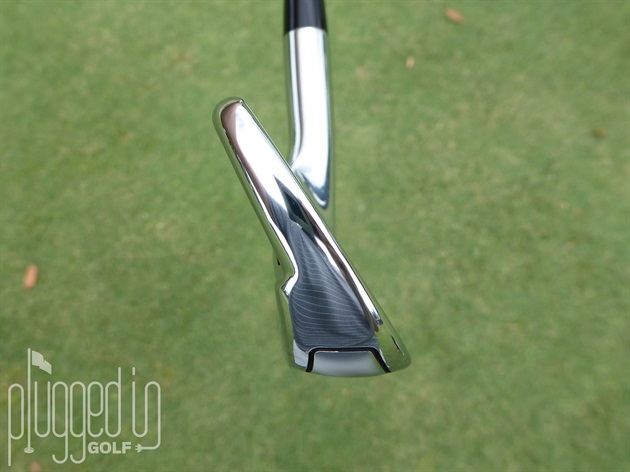 The Cobra KING Tour irons have lofts that align with today’s players segment.  Spin was on the low side for me.  I attribute that to the KBS $ Taper shafts which are designed to be low spin.  Regardless, the irons offered plenty of workability.   As always, a proper fitting session will be the key to unlocking the full performance potential of the irons. 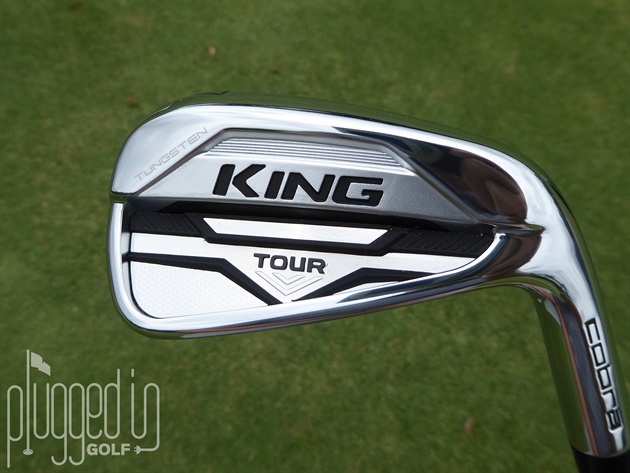 The Cobra KING Tour irons offer another great option in the players irons category for golfers seeking both feel and forgiveness.  What differentiates the King Tour irons is the advanced manufacturing technique MIM, which Cobra describes as “the most precise way to make a precision iron.”  And even though having ‘Tour’ in the name implies these irons are for better players only, they’re equally appropriate for those aspiring to be such. 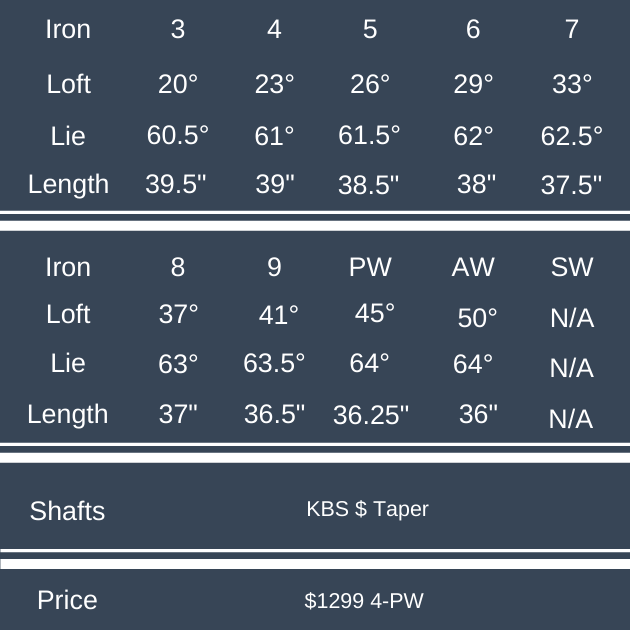