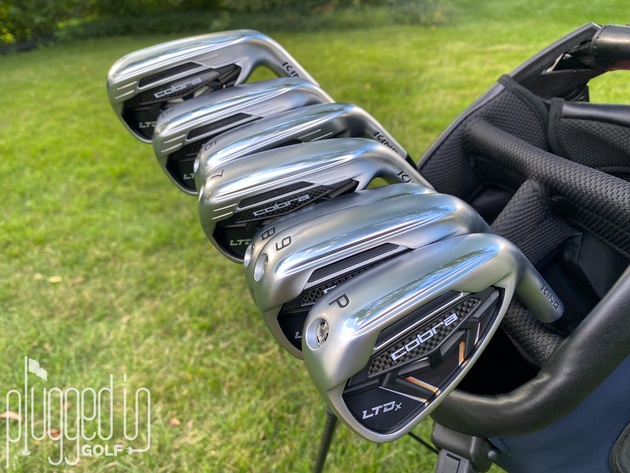 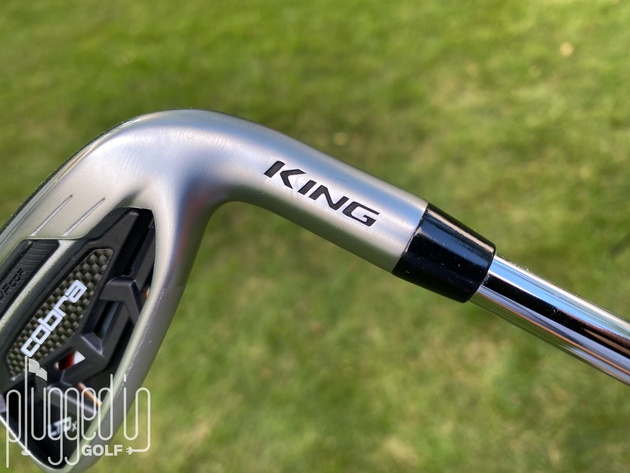 Cobra’s excellent LTDx drivers [review HERE] have received tremendous, well-deserved praise this year.  I have not heard the same level of fervor around their LTDx irons.  I brought a set in for testing to find out if golfers are missing a winner or if Cobra put all their focus on the big stick. 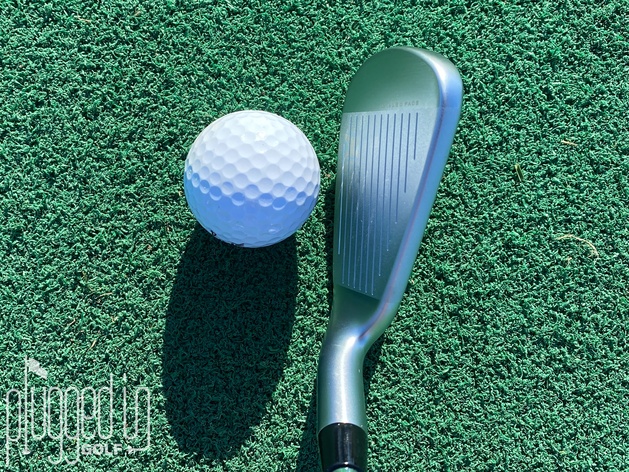 At address, the Cobra LTDx irons are exactly what a game improvement iron should be.  There’s a noticeable amount of offset that grows as you move toward the longer irons.  The top line is medium thick, and the blade length provides a little comfort when framing the ball.  Additionally, the matte finish across the club head does a good job of reducing glare. 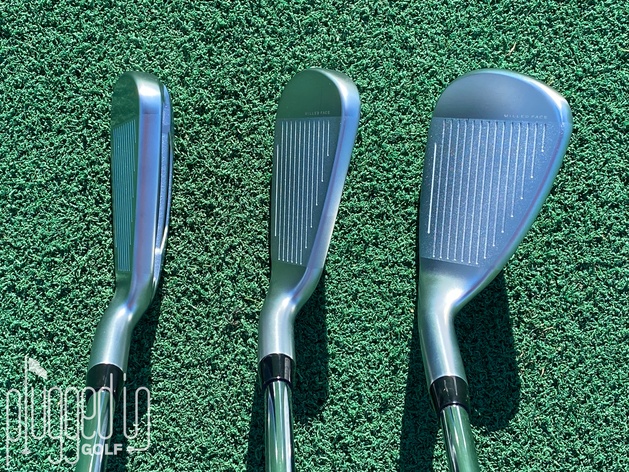 In the bag, the LTDx irons are at once low key and eye-catching.  With only a sliver of orange in their largely-black cavity, these clubs don’t scream out for attention.  However, when you take a good look at them, the construction is mesmerizing.  The polymer injected casing of the core bar reminded me of Cobra’s 3D-printed putters like the Agera [review HERE] and Supernova [review HERE].  Finally, the toe weights on each iron hint at the outstanding forgiveness. 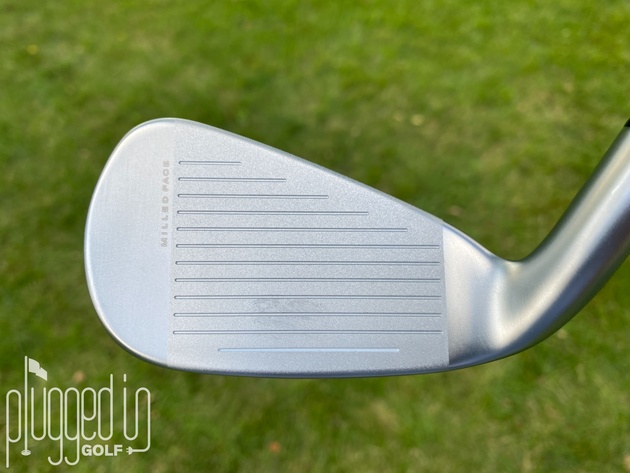 Striking a golf ball with the Cobra LTDx irons produces a quiet “knock” with a medium firm feel.  There is a very pleasant, softer impact feel for truly perfect strikes. 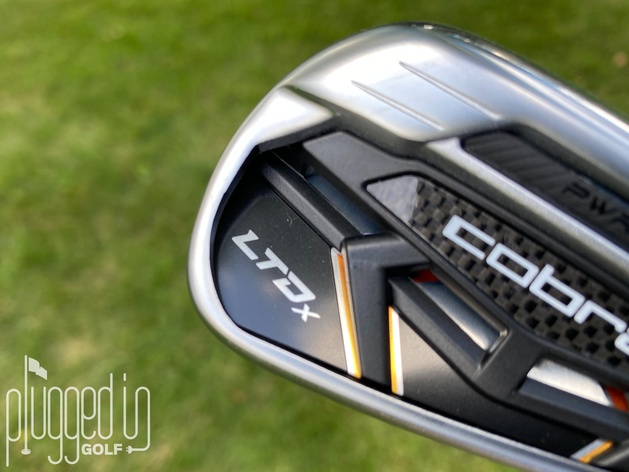 The LTDx irons look high tech, and that’s born out when you read Cobra’s overview.  These irons features PWRSHELL Face Technology – an L-Cup face that promotes higher ball speed and higher launch – as well as a multi-layer PWR-COR weighting system.  This involves a steel core bar that positions weight low in the head but is separated from the face by a polymer casing so it doesn’t keep the face from flexing. 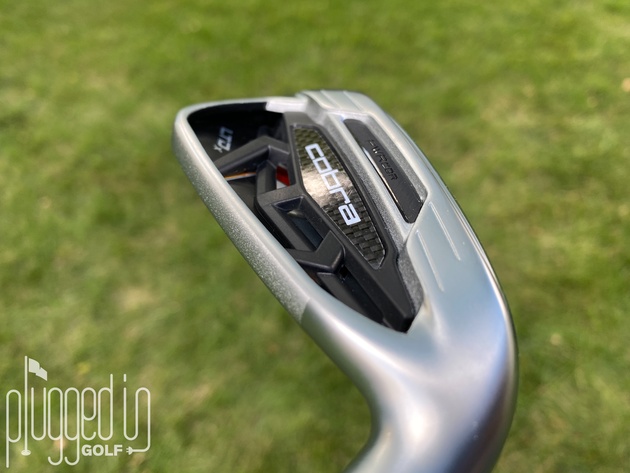 That low CG was immediately evident when I started testing these irons.  My notes state, “Everything gets up!” with the exclamation point for emphasis.  From the pitching wedge through the 4I, every club launches the ball high with tremendous consistency.  This is particularly valuable in the long irons where a thin, low launching shot can leave you well short of your target. 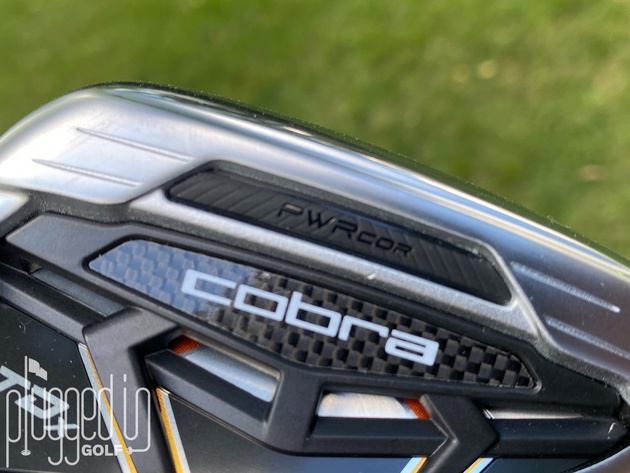 With their emphasis on low CG, I was curious what the spin would be like throughout this set.  I took the LTDx irons to the launch monitor with Tour-quality golf balls to test.  Pleasantly, I found ample spin to hold greens throughout the set.  The scoring irons pair their very high launch with slightly lower spin for control in the wind.  Mid irons had average spin, and the long irons were average, maybe even a touch above average, which is great for maximizing carry distance. 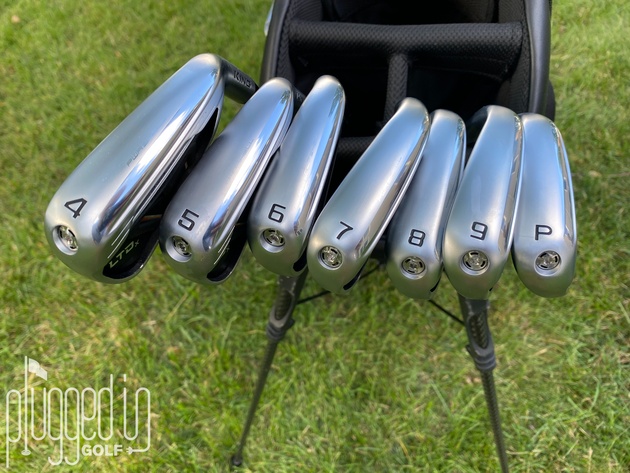 Finally, Cobra’s visible efforts to pack weight into the heel and toe pay off with great stability.  You need a substantial mishit to feel any twisting at all.  While you can work shots with these clubs, they’re primarily interested in flying straight. 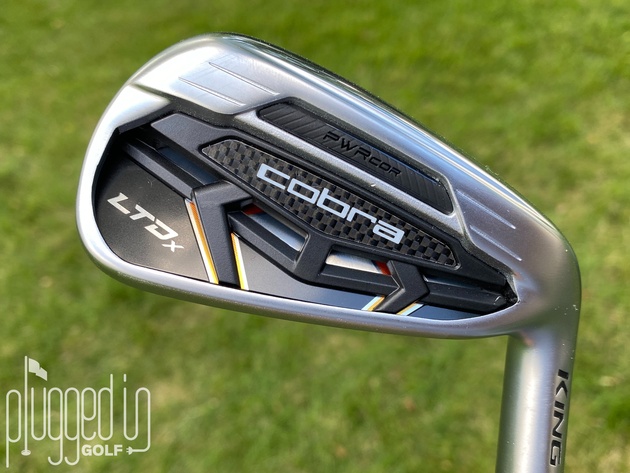 As good as the drivers are, the Cobra LTDx irons are just as good, maybe better.  If you want more forgiveness and consistency in your approach game, make these a part of your next fitting. 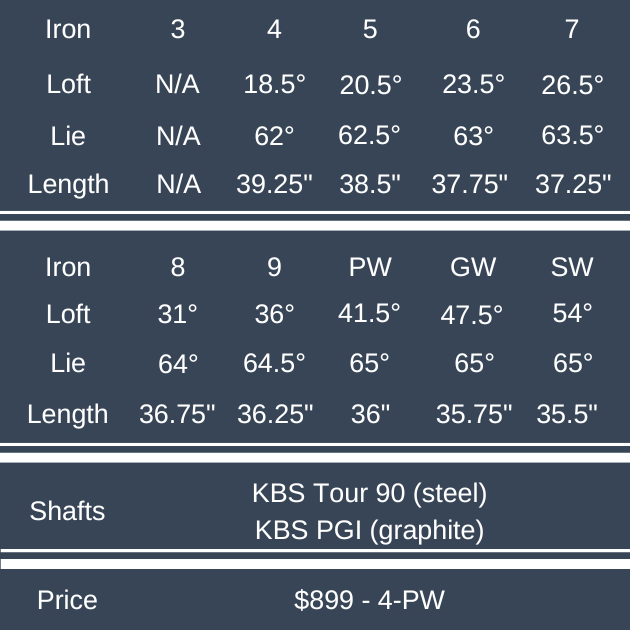