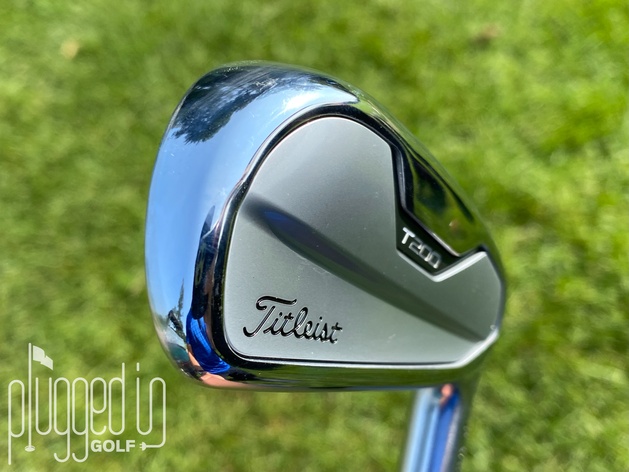 In the 2021 family of Titleist irons, the T100 is undoubtedly going to be the headliner.  That’s the iron that will get the most play on Tour (Jordan Spieth is already gaming them) and the most chatter on forums.  However, the iron that more recreational players need to check out is the T200.  With more forgiveness and substantially more distance in a similarly appealing package, this iron gives you the best of both worlds. 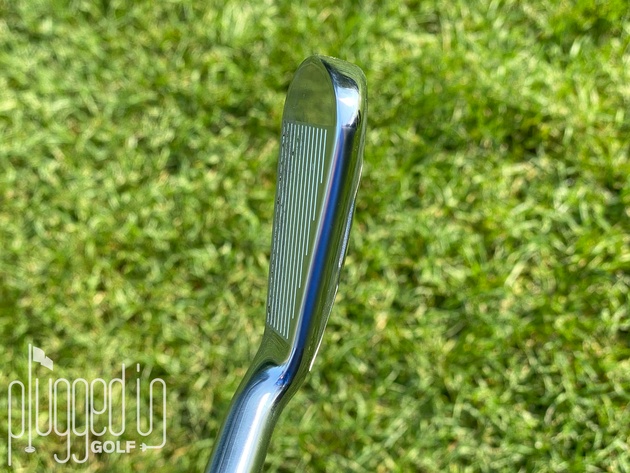 Titleist heard the carping about the cavity of the original T200 [full review HERE] and responded with one of the cleanest backs you’ll find on a major OEM iron.  The brushed silver back plate is framed by chrome and only modest “Titleist” and “T200” branding are seen.  In the bag, the only hint that these irons have forgiveness is the moderate sole width.

At address, the 2021 T200 irons look notably better than their predecessor.  The original T200 wasn’t thick in the top line, but it had a significant amount of offset.  That’s been dialed down substantially in the new model, and the top line and blade size have remained fairly compact.  The offset in the T200 is actually the same as the T100 and T100S [review HERE], making it easier to blend sets. 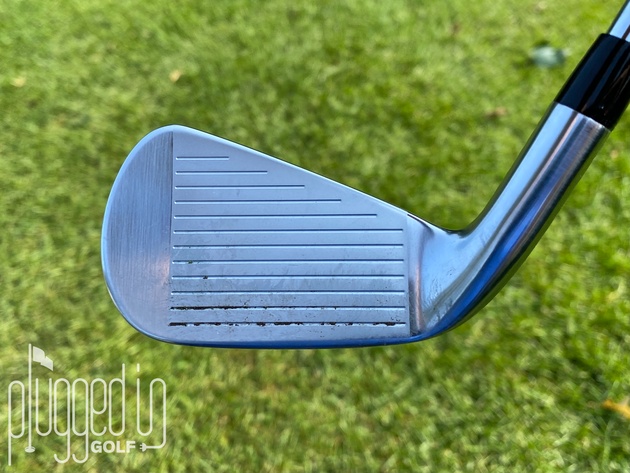 The 2021 Titleist T200 irons have a forged face as part of a multi-material body.  This, combined with the “Engineered Muscle Plate” on the back, helps to minimize the difference in sound and feel between the T100 and T200.

Impact with the T200 feels solid, though not quite as soft as the T100.  What enhances the feel difference is the audio difference: the T200 is a little louder with a bit more “crack” than “thud.”  To be clear, the T200 is very close to the T100 in the big picture, but you come here to read my nit picking, so pick I will.

Feedback from the T200 irons is very good throughout the set.  I had no problem locating impact and distinguishing pure strikes from mishits.  Pleasantly, mishits don’t sting, they just aren’t as satisfying as centered strikes. 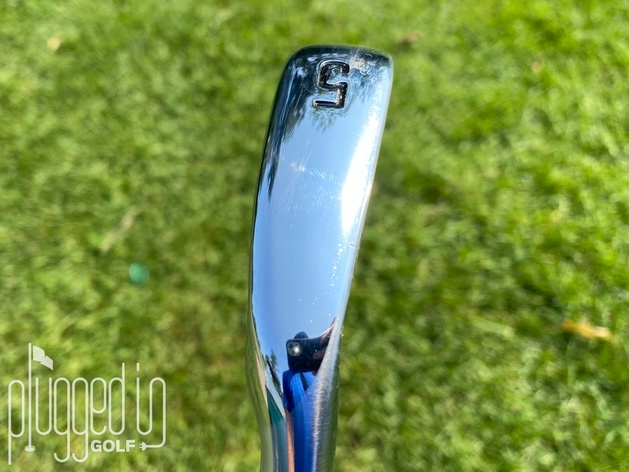 The headline here is that Titleist has made the T200 look better and feel better while maintaining a very impressive amount of forgiveness and distance.  This is a great iron for a player who wants that classic look but may not have elite ball striking or speed.

Titleist refers to the T200 as “The Tour’s Distance Iron,” so let’s talk about distance.  In my testing, the T200 carried 10 yards farther than the T100 and had a steeper landing angle.  That’s a wicked combination.  This is achieved by pairing lofts that are 2-3 degrees stronger than the T100 with a lower CG for easy, high launch.  The T200 set ends at a 22 degree 4I, and, as always, I recommend getting fit so you don’t end up with long irons that don’t have meaningful distance gaps.

Another option, especially for those looking at combo sets, is what Titleist is calling the T200 Utility Build.  This is the same T200 iron offered in 17, 20, and 22 degrees with a graphite shaft at $249/club.  My Titleist fitter told me that this option is becoming extremely popular on Tour because of the way that it combos with the T100 irons.  I tested it in my fitting and, if you pair the right shaft with this head, it can be one of the best and best-looking utility irons available. 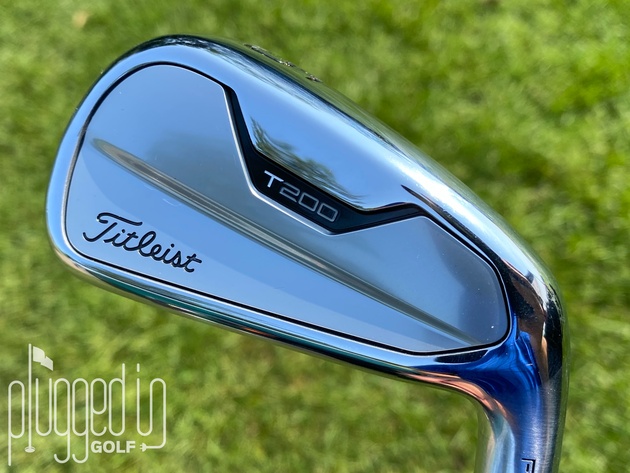 Whether you’re putting an entire set in the bag or dropping in some long irons for added forgiveness and length, the 2021 Titleist T200 irons are outstanding.  Titleist delivered on every front: better looks, sound, distance, and forgiveness. 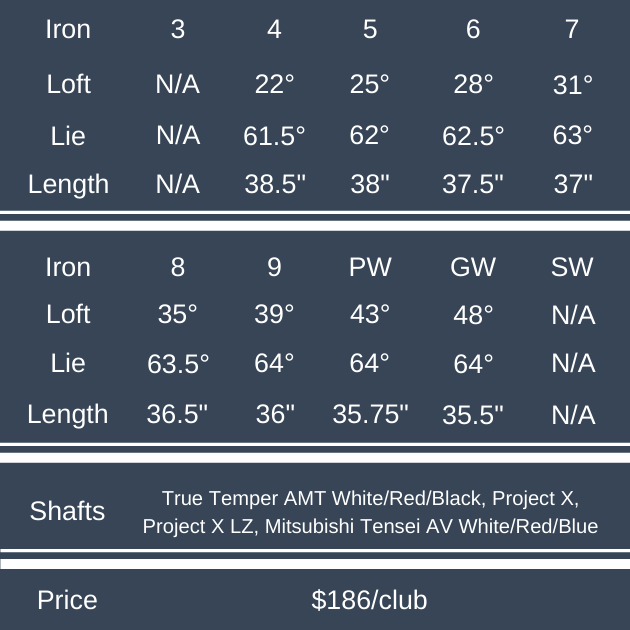