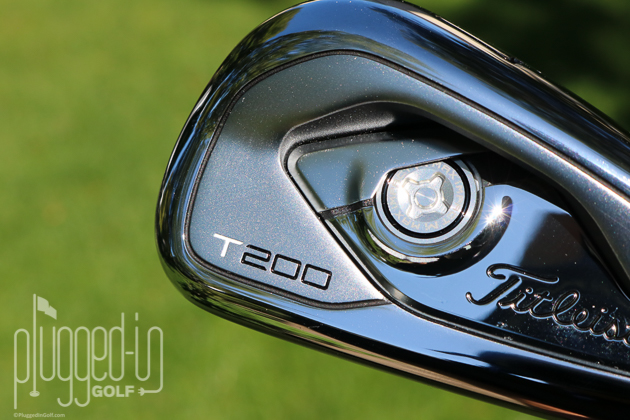 The Titleist T200 irons are the successor to the AP3.  Game improvement performance with a more traditional look at address.  Serious distance. 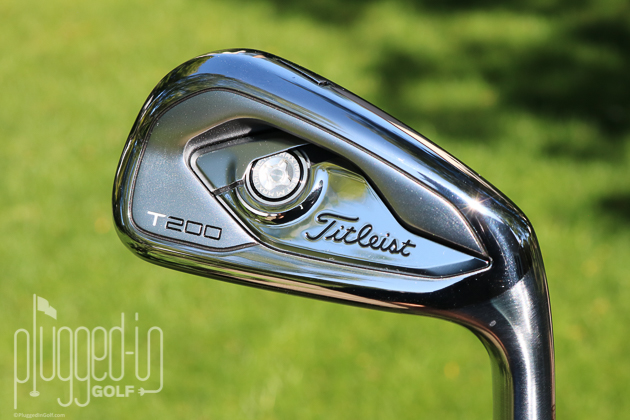 After only one cycle in the Titleist line up, the AP3 iron has been replaced by the T200.  For many golfers, the AP3 hit the sweet spot between the AP2 and AP1 – it had some forgiveness but still retained that “better player” look.  Can the T200 strike that same balance?  We tested it to find out. 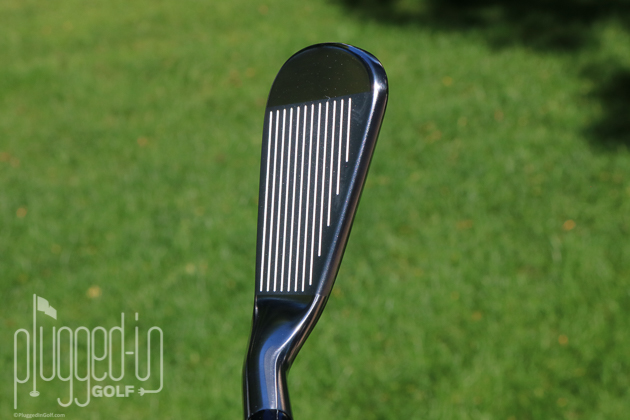 There’s been a lot of internet hand-wringing over the cavity of the T200 irons, so I’ll start there.  Yes, the presence of what appears to be a weight screw (it’s not) is out of character for a Titleist iron.  However, for me, the total absence of bright colors balances that out to create a look that has some high-tech appeal without going overboard.  Also, I think it looks much better in person than it does in pictures. 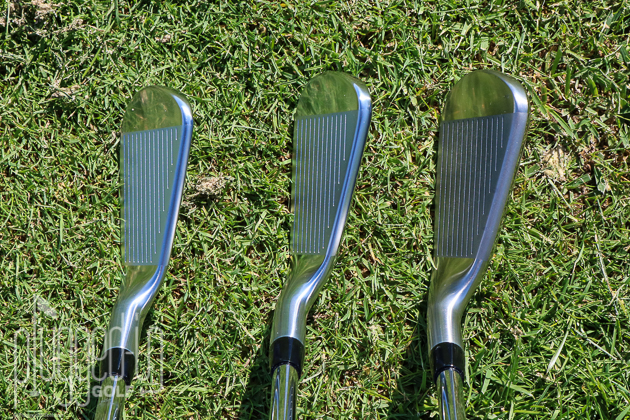 What matters more to me is the look at address.  Above, you can see the entire T Series, T100, T200, and T300 from left to right.  The T200 has noticeably more offset than the T100 (full review HERE), but stays within the bounds of a game improvement iron.  Offset is far and away the biggest difference between the T100 and T200.  Yes, the top line is also slightly thicker and the blade is slightly longer, but those differences are very small.  Overall, the T200 is a very good looking GI iron at address. 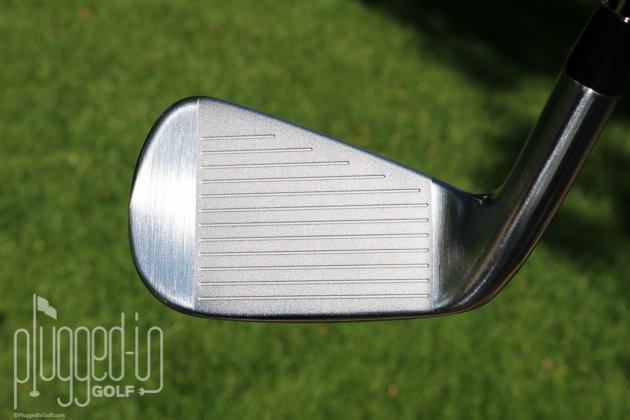 When it comes to sound and feel, the T200 is noticeably different than the T100.  The impact sound is markedly louder, more of a crack than a click.  This louder sound pairs with a feel that is firm.

Feedback on strike quality is good through the hands.  I could clearly feel where the ball met the face.  Audio feedback is less clear: pure strikes and mishits sound quite similar. 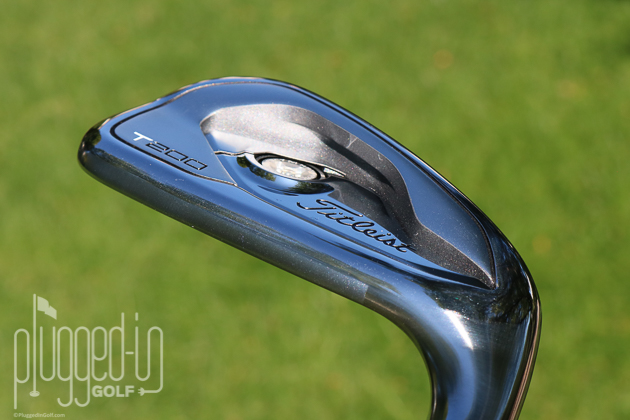 One thing that’s worth noting at the beginning is the difference in lofts between the T100 and T200.  Despite being only one step apart in the Titleist line-up, there is a full club’s worth of difference in the lofts.  For example, the T200 5 iron is 24 degrees, the same loft as the 4 iron in the T100 set.  I’m agnostic about the merits of this, but it’s something you need to be aware of if you’re going to test both irons.

The benefit of stronger lofts is more distance.  I found the T200 to be 1.5 to 2 clubs longer than the T100.  This was due to a combination of more ball speed, lower launch, and significantly lower spin.  This puts the T200 on par with many of the distance irons on the market today.

In addition to being longer, the T200 is more forgiving than the T100.  I would not rate the T200 as a very forgiving game improvement iron, but it’s easier to hit than the T100.  With an average of 90 grams of tungsten in the heel and toe, the head is stable on mishits, and it’s very good at retaining ball speed on thin shots. 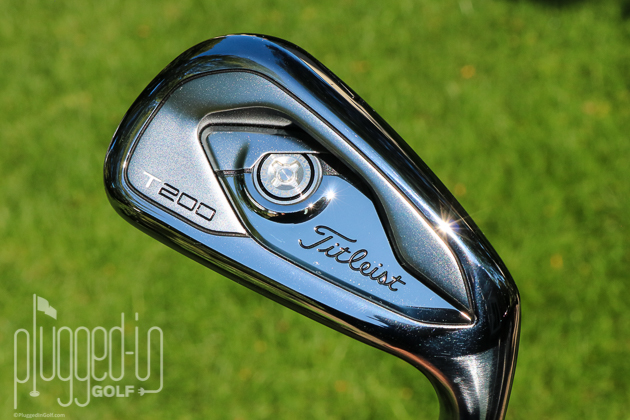 The Titleist T200 irons fit a clear niche in the new Titleist line up.  Paired with the right shaft, these irons can be as long as almost anything on the market, but they still have a traditional look.  They won’t have enough forgiveness for the higher handicap player, but the mid-handicap player will get everything they need from the T200. 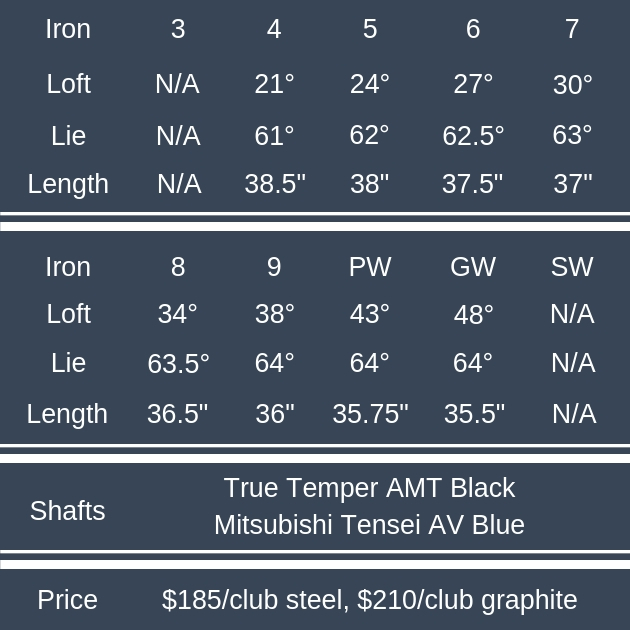