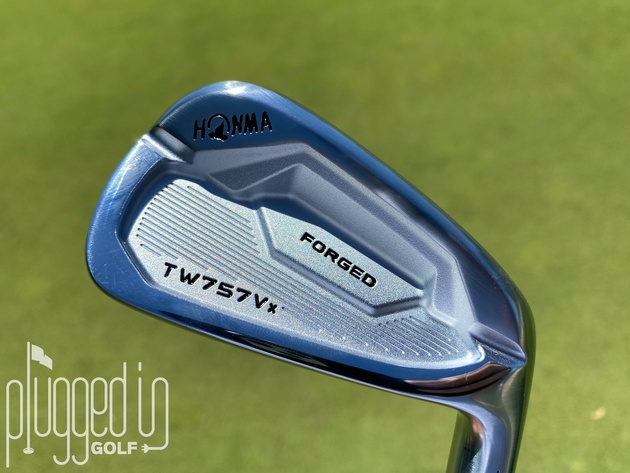 The Honma TW757 VX irons feel sensational.  Great players look.  More forgiveness than you would expect from an iron that looks and feels like this.  Ample spin to shape shots and hold greens. 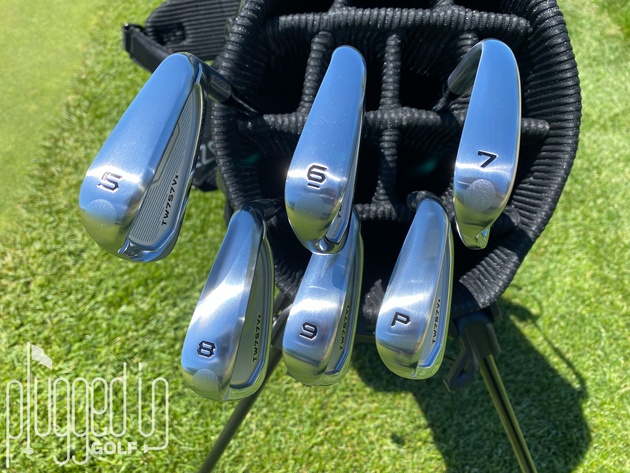 The term “multi-material construction” calls to mind golf clubs that look like they came out of Tony Stark’s lab.  Honma doesn’t believe that needs to be the case, using advanced construction methods in an iron that is absolutely beautiful.  Is the Honma TW757 VX a beauty and a beast all in one?  I tested a set to find out. 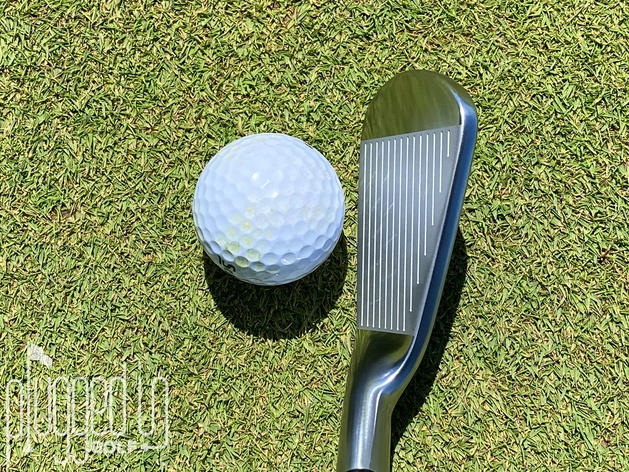 To my eye, the address look of the Honma TW757 VX irons is perfect.  Every element hits the sweet spot – the top line, the offset, and the blade length.  There are certainly smaller irons for the butter knife crew, but these are perfect to me. 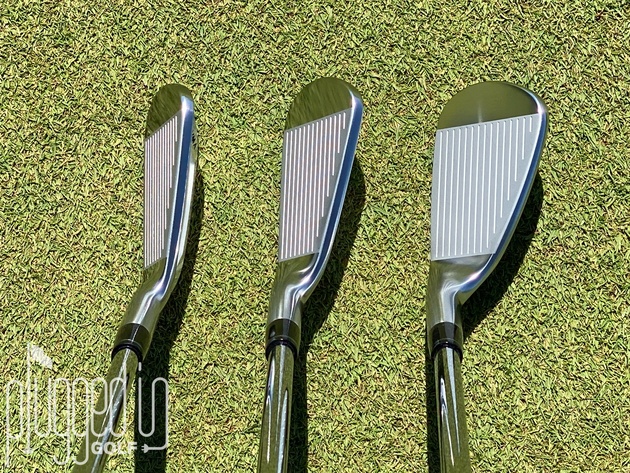 In the bag, the TW757 VX irons have a classy, traditional appearance.  There’s minimal engraving – just a Honma logo on the toe, “Forged” in the middle of the cavity, and “TW757 VX” near the bottom, all with black paint fill.  The shape of the cavity is modern without being futuristic.

One detail that the eagle-eyed will catch is that the 4-8 irons are distinct from the 9, PW, and GW.  The longer irons have a tungsten weight in the toe that’s indicated by a circle below the number on the sole.  It’s a subtle difference that many won’t even notice in the bag. 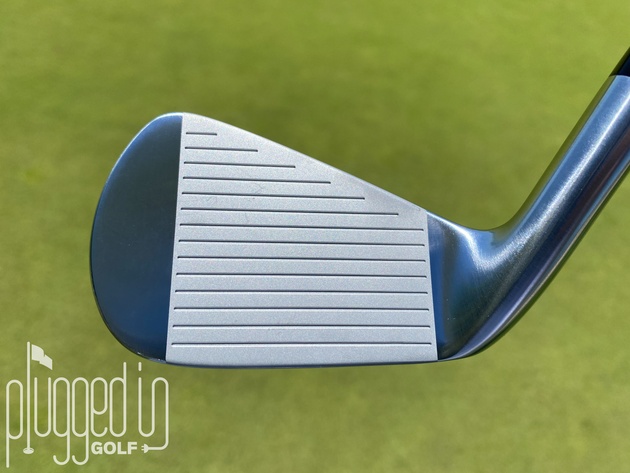 The Honma TW757 VX irons are forged from S20S carbon steel.  Combine that with the Nippon Modus shafts – one of the best feeling steel shafts, in my opinion – and you have the recipe for feel that is sensational.  To me, this is the best impact feel of any irons I’ve tested this year.  On center, it’s soft without being mushy, solid without being crisp or clicky.  What makes it interesting is that as soft as it is, impact feels very quick.  It doesn’t have that “heavy on the face” or “ball melts into the face” sensation, but it’s still immensely satisfying.

Feedback is also excellent.  Mishits are firmer than pure strikes, but they never get harsh.  Impact is quiet regardless of location, so the audio feedback is minimal.  After spending a little time with these irons, you’ll develop a keen sense of exactly where the ball met the face.

Finally, there is no noticeable change in feel between the irons with and without tungsten.  The long and mid irons are every bit as satisfying to hit as the short irons. 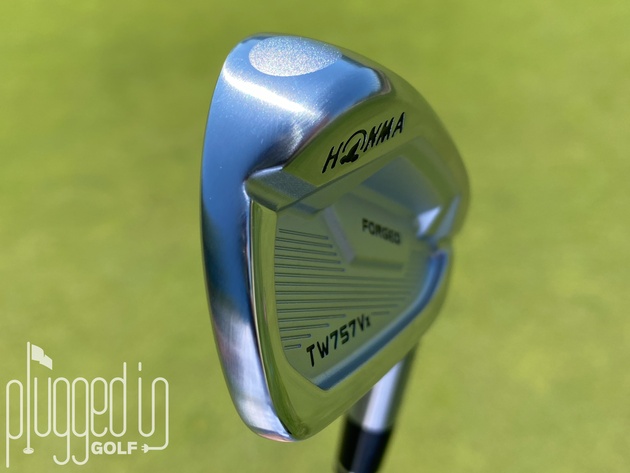 The purpose behind the Honma TW757 VX’s multi-material construction is to bring more forgiveness to a players iron.  With a seven gram tungsten weight in the toe of the 4-8 irons, they do just that.  While this is still unmistakably a player’s set, it’s not going to punish small misses.  Hitting the ball slightly toward the heel or toe should still result in a green in regulation.

Interestingly, despite the lofts being stronger than the TR20 V irons [review HERE], the TW757 VX irons produce plenty of spin.  In fact, they’re above average in spin, making them a great choice for those that want to shape their shots.  I also found that these irons gave me a great deal of control over trajectory.  The stronger lofts do bias them toward a lower flight, but it was easy to launch them higher when desired. 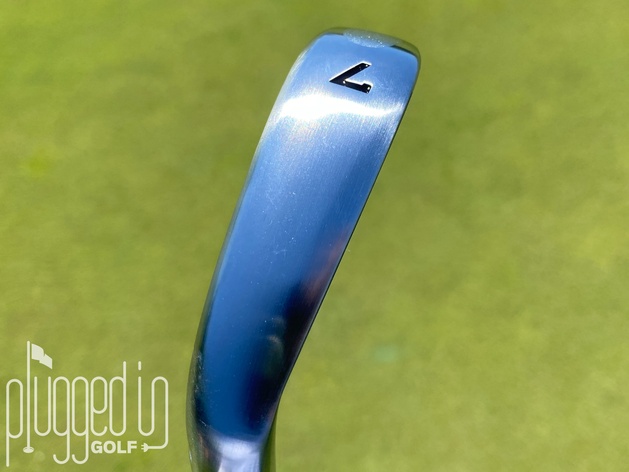 Finally, Honma did a great job with the sole of the TW757 VX irons.  They refer to it as a “Tour-approved” sole profile.  I found that it balanced protection against digging with the ability to pinch the ball off tight lies.  Second to the impact feel, the turf interaction was my favorite thing about these clubs and another reason why I found them addictive to hit. 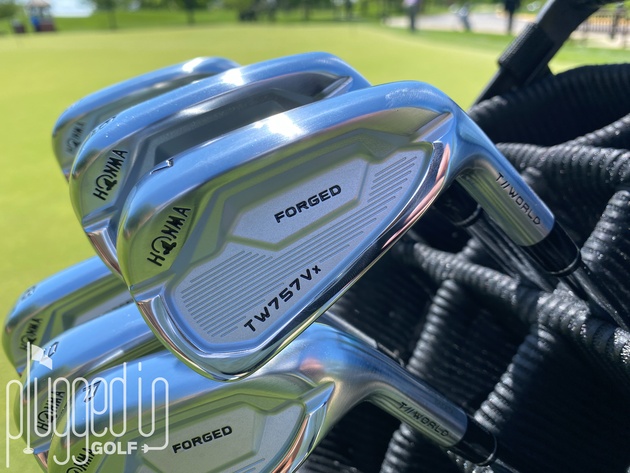 Through the first half of 2022, the Honma TW757 VX irons are at the top of my list for players irons.  They pack in more forgiveness than you can reasonably demand from an iron this compact, and the distance and spin are excellent.  Moreover, they’re incredibly fun to hit.  They have world-class feel, and they make me want to stay on the range shaping shots until the sun sets. 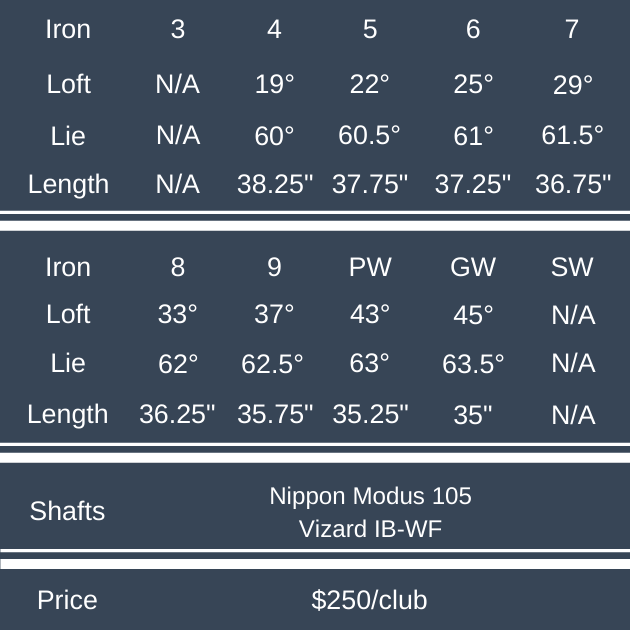