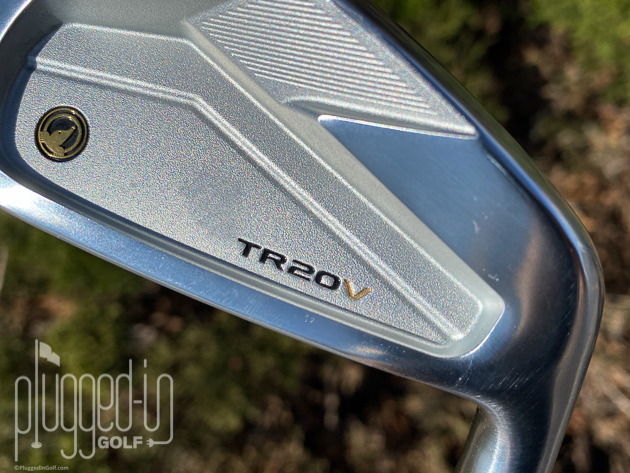 The Honma TR20 V irons are very strong performers.  For the golfer that wants a “players look” with distance and forgiveness, this is an excellent choice. 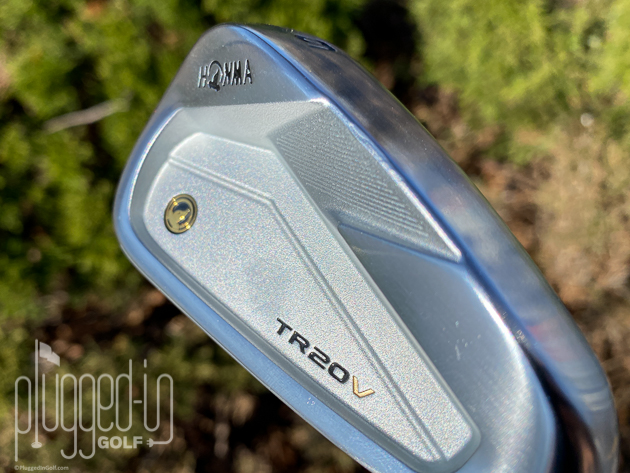 I recently checked out the Honma TR20 P irons (review HERE), and found that, despite having the look of a players iron, they perform more like a game improvement iron.  The Honma TR20 V irons have an even slimmer profile, but I was curious to see if they carried the same unusual contrast between looks and performance.  I tested a set to find out. 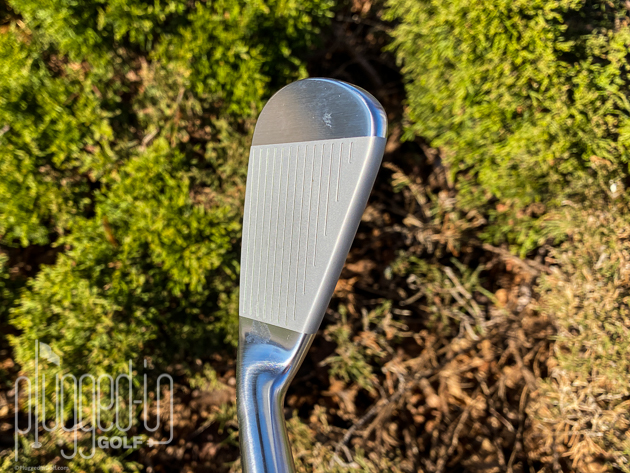 The Honma TR20 V irons have it all in terms of aesthetics.  In the bag, they have a profile that’s classic with a dash of modernity.  The shape of the cavity and “notch” near the sole look highly engineered, but the simplicity of the overall look gives it a timeless appeal.  A minimalist approach to branding matches the tone of the head shape.

At address, the TR20 V has more player appeal than the TR20 P.  Though the heel to toe length is about the same, there’s less offset and a thinner top line.  Additionally, the sole is much slimmer. 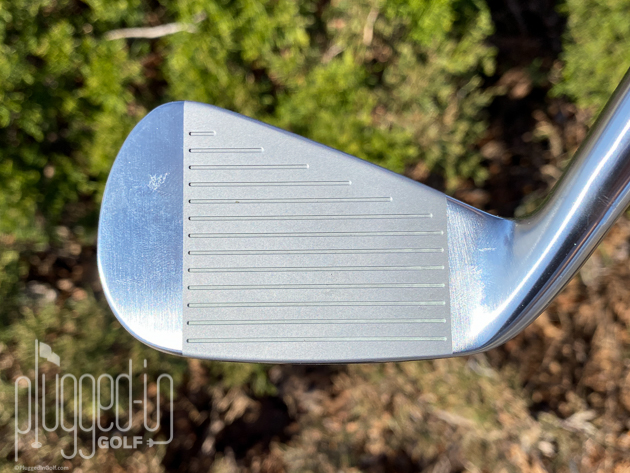 One hallmark of forged players irons is feedback, and the Honma TR20 P irons have that in spades.  Even small misses were immediately felt and heard.  Pleasantly, the feel of mishits was not harsh but still clearly distinct from the feel of pure strikes.

On those perfect swings, the TR20 P irons reward the player with excellent feel.  These irons feel soft and solid like a forged iron should which is in stark contrast to many of the thin, “fast” feeling faces in other irons. 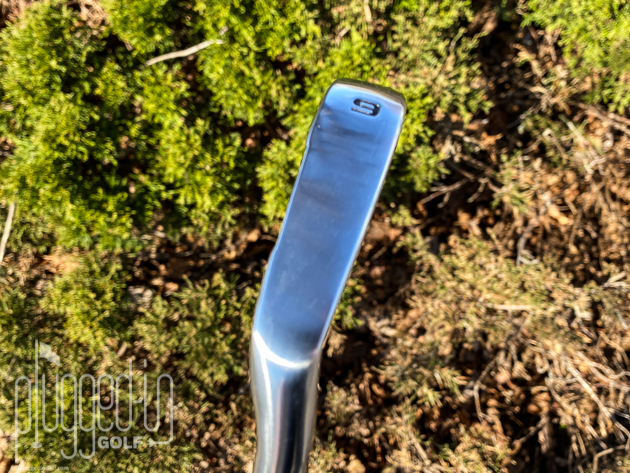 As with the TR20 P, Honma puts the truth about the TR20 V right on the front page.  “Strong lofts for distance” is the second bullet point in their description.  The TR20 V irons are 1 degree weaker throughout the set compared to the TR20 P.  This puts them both in the “strong lofted but not offensively so” category.

Seeing similar lofts, you would be correct to predict that both iron sets produce plenty of distance.  The TR20 V irons are heavy on the ball speed, light on the spin.  That’s a great recipe for distance but, unless you’re a high spin or high launch player, you need to be sure you can hold greens with these clubs.

One aspect of the TR20 V that impressed me was the forgiveness.  For a small iron with no visible technology, it did a great job of maintaining ball speed on mishits.  This is critical for such a long iron, because huge distance on center and massive punishment on misses is a formula for a giant shot pattern and lots of missed greens. 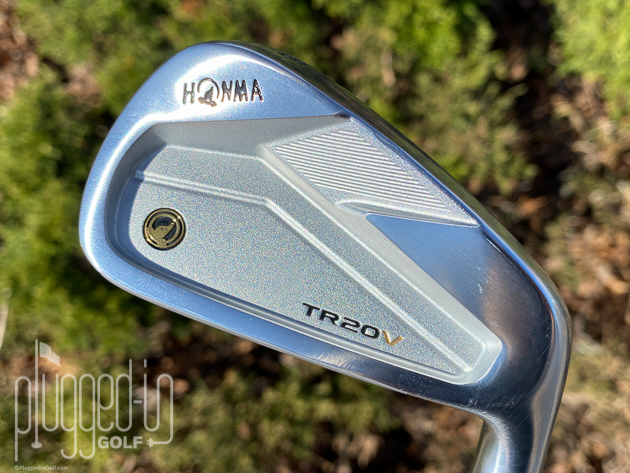 For me, the Honma TR20 V irons are a much better fit than the TR20 P.  While they are low spin – a characteristic that isn’t great for me – I was impressed with the forgiveness that the TR20 V packs into a small head.  Additionally, I got the shot control that I would expect from a players iron.  If you’re in the market for players irons and want to maintain or add distance, these are worthy of consideration. 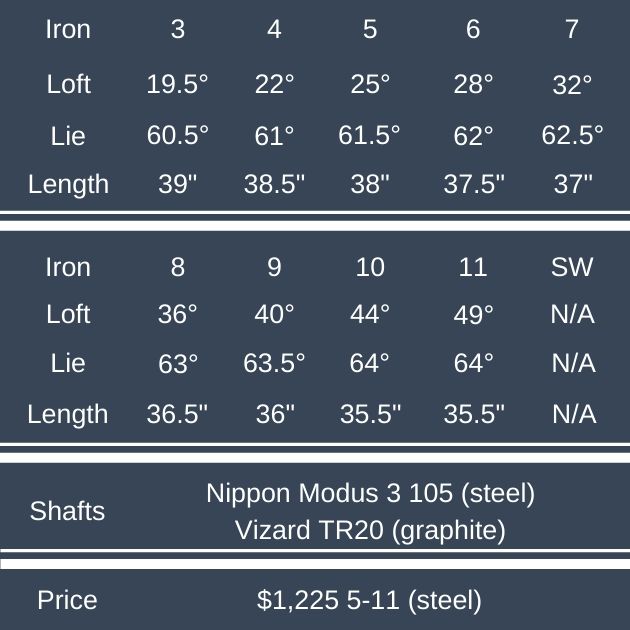