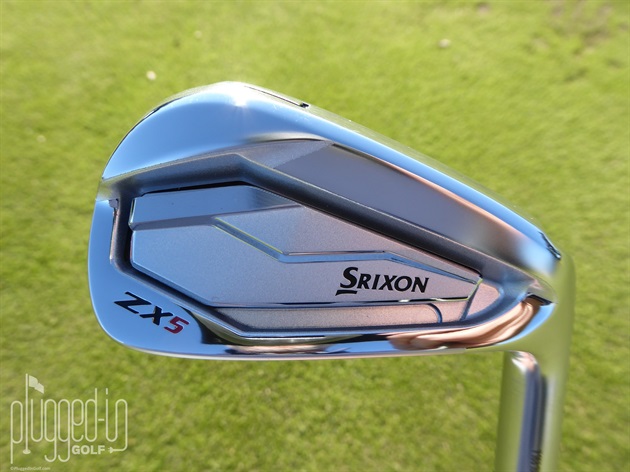 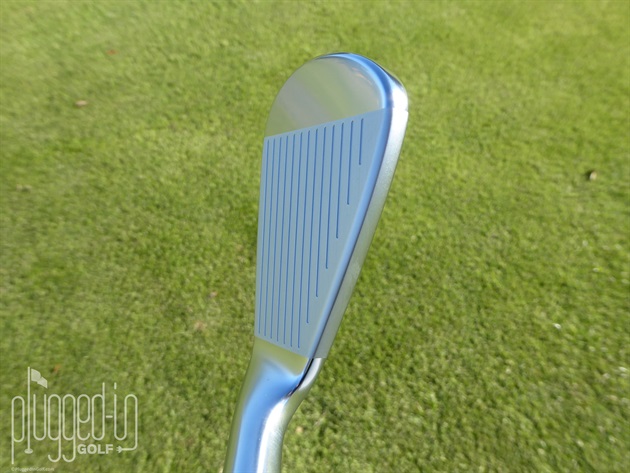 With all the golf-related social media feeds on my phone, it takes something special to truly grab my attention, but that’s exactly what happened when I first saw images of the new Srixon ZX irons.  Not only did all the irons look stunning, the associated descriptions of the ZX5 irons seemed to be written for me – a golfer with a moderate swing speed and a handicap that consistently hovers around 10.  Could the Srixon ZX5 really give me the look of a players iron and the performance features of a game improvement club?  I had to find out. 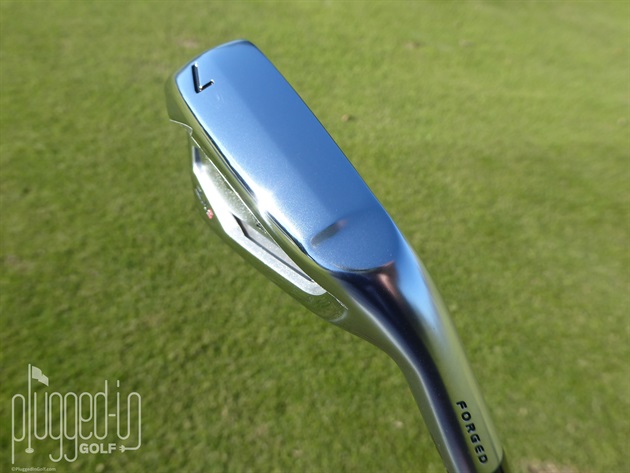 One of the first things I noticed about the ZX5 irons was how similar they looked to the ZX7s [full review HERE].  Whereas the previous generation Z585 had a distinctive black elastomer around the perimeter of the cavity that distinguished them from the Z785, the ZX irons have a more unified look.

The cavity of the ZX5 has a clean, high end look with intriguing angles and minimal branding.  The distinctive angles of the Tour V.T. Sole make the irons stand out in a sea of golf bags.  At address, the slim topline and modest offset are what really make the irons so attractive.  As Saternus put it in his ZX7 review, the top line is “thin-but-not-scary” and I repeat that here since the width is the same in the two models. 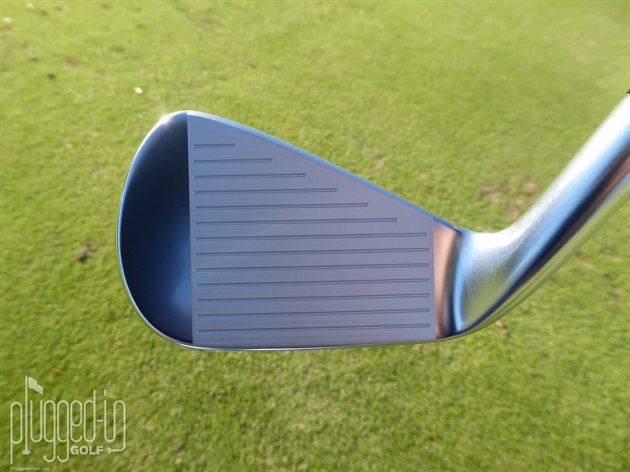 The Srixon ZX5 irons produce a crisp ‘snap’ with any decent contact.  The sound is medium in pitch and low on volume.  Wander towards the perimeter of the face and the sound deadens.  The feel follows a similar script in terms of feedback.

What really jumped out at me was how wonderfully soft the ZX5 irons felt.  Not buttery, but a notable difference from cast game improvement irons.  If you’re looking to groove a swing for dime precision contact based on feedback, check out the Srixon ZX7 irons.  If you want to enjoy an amazing feel – and I don’t say that lightly – on every reasonable strike, the ZX5 irons will be tough to beat. 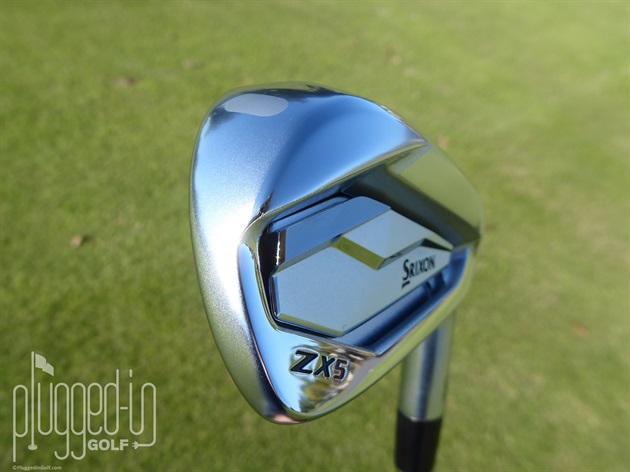 That same generous area of crisp and responsive contact correlated exactly to the consistent performance observed across the face of the Srizon ZX5 irons.  Launch monitor testing at Club Champion showed strong ball speeds, solid spin numbers and desirable launch angles that were markedly consistent.  Catching a few balls thin, it was enjoyable to see high trajectories with landings that only fell a few yards short of target.

To achieve both a high level of performance and wonderful feel, Srixon relied on advanced levels of design, materials, and fabrication.  On the backside of the forged face, Srixon utilized machine learning to generate what they call MainFrame – a precisely milled pattern that optimizes flex for “more ball speed on every shot.” 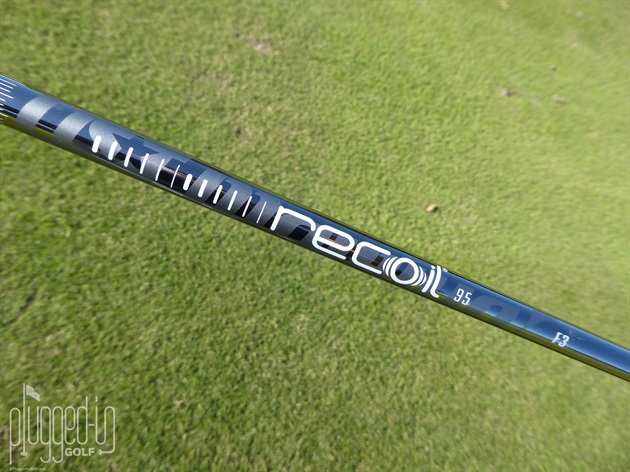 To absorb vibration and add to the soft feel of the ZX5 irons, Srixon employed a forged 1020 carbon steel body.  In the 3 thru 7 irons, a tungsten insert was placed in the toe to boost MOI, adding stability and maintaining performance on off-center strikes.  For the 8 thru AW, Srixon made the face grooves deeper and narrower to increase spin for more stopping power on the green.

I mentioned the Tour V.T. Sole in the Looks section, but it serves a purpose beyond aesthetics.  Designed to promote “smoother turf interaction and improved impact feel,” what I was pleasantly surprised with was how less penal my occasional heavy strikes were not only in depth of incursion, but also in distance and ball flight. 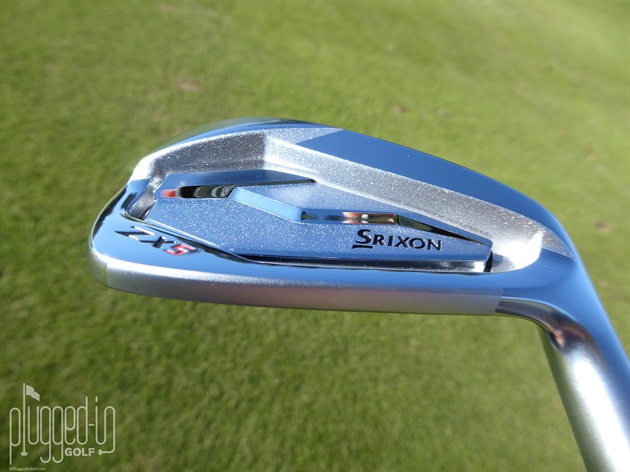 It wasn’t obvious when I first looked over the Srixon ZX5 irons, but the sunlight highlighted the unpolished edges around the cavity, adding visual interest in a textural way.  From every angle, the ZX5 irons are attractive and intriguing – true standouts in the game improvement category.  I was impressed with the overall playability of these irons – strong distances, nice trajectories and plenty of forgiveness.  The consistency of the ZX5 irons inspired confidence, plus were responsive when I wanted to work the ball.  Add in their amazing feel, and the Srixon ZX5 irons set the bar high for 2021. 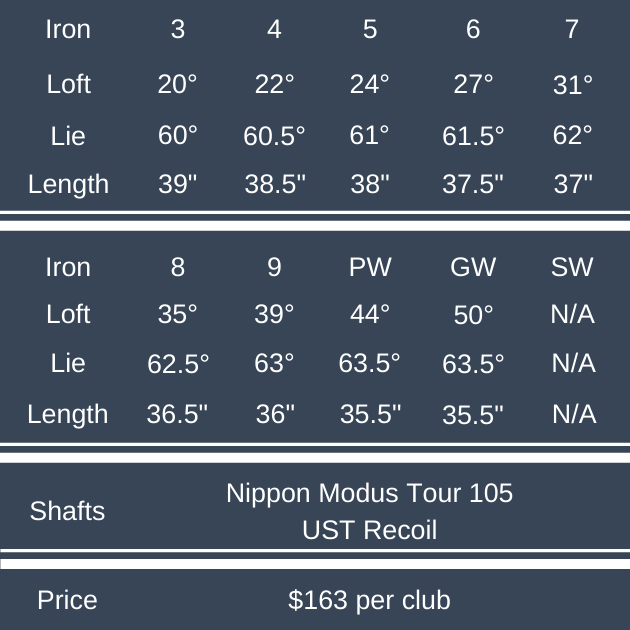