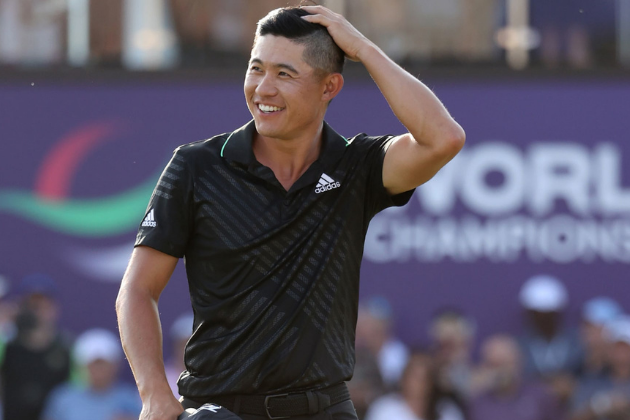 Dubai, UAE — Collin Morikawa has won the 2021 DP World Tour Championship.  Despite trailing Rory McIlroy coming into the final round today, down by three strokes, Morikawa charged ahead to claim the title.  He ended up shooting six-under in his final round to win the tournament at 17-under par.

This was a historic win for Morikawa, the “Dubai Double” as it were.  Winning the DP World Tour Championship makes him the first American to win the Race to Dubai, and be rated as the number one player on the European Tour.  It caps a banner year for the 24-year-old that also saw him take home the Claret Jug at The Open.

Other top players who had a shot at the title were Matt Fitzpatrick and Alexander Björk who both finished tied for second at 14-under for the tournament.  Ryder Cup-phenom and veteran player Ian Poulter also played well over the course of the week.  Finishing T6, he scored five-under on the final day of the tournament to shoot 12-under overall.

McIlroy had been leading by a stroke coming into the final round but finished with back-to-back bogeys that let the tournament slip through his fingers.  He was very bothered by it all too, as he was photographed after the tournament, appearing to have torn the shirt he was wearing in frustration.  He shot two-over on Sunday and wound up at 12-under, tied for sixth place.

Collin Morikawa What’s In The Bag: