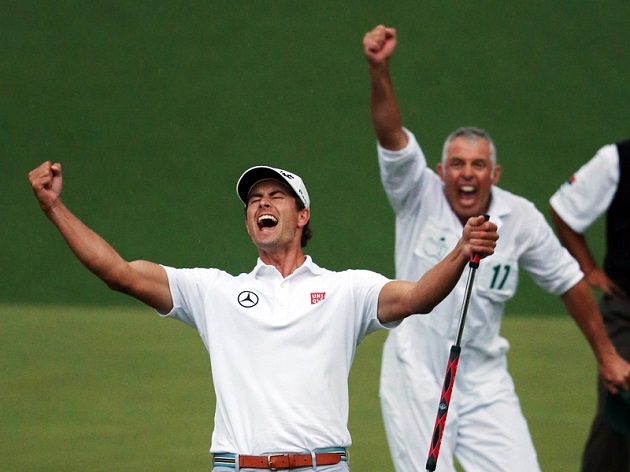 GOLF IS BACK!!! Weekly Tour Recap: The 2017 SBS Tournament of Champions

Happy New Year everyone, and welcome to the first Tour Recap of 2017!  Winter is still in full effect here in Chicago, but the PGA Tour 2017 season is off and running after a few week hiatus.  While Bill and I were teeing it up at the local Eskimo Open at Cog Hill in six-degree-below-zero weather (which Bill is now the reigning champion I might add), the big boys mostly turned down their Eskimo Open invitations and flocked to the much warmer climate of Hawaii.

No player in the world has been hotter than Hideki Matsuyama.  Coming into this week, he had won four of his previous five tournaments, with his other finish being a runner up.  Coming off of a club change to the new Srixon Z 965 irons, Matsuyama looked to continue his hot streak.  Needless to say, he was the heavy favorite coming into the week.  Enter Justin Thomas.  Thomas already notched a win on his belt this season at the CIMB Classic, and had three top-10s in five events leading into the week.  With two of the hottest players in the world going head-to-head on Sunday, it was sure to bring some fireworks.  Check out what happened this weekend in our first Weekly Tour Recap of 2017! 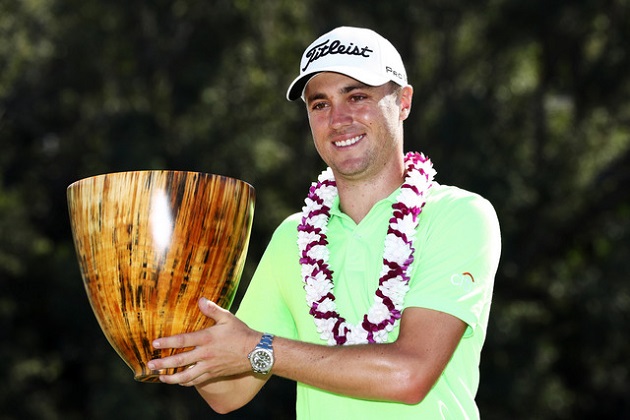 Thomas carded a final round 69 on Sunday at Kapalua in beautiful Maui, Hawaii.  The Tournament of Champions has a unique format where only players who won an event the previous Tour season are eligible to play.  Thomas’s first win at the CIMB Classic back in 2015 gained him entry into the 32 man field.

Thomas opened play at the SBS with an opening round 67, good for second place behind reigning PGA Champion, Jimmy Walker.  After another 67 Friday, Thomas took the lead.  Take a stab at what you think Thomas shot on Saturday?  You’re right, another 67, for a two shot lead on Matsuyama.

On Sunday, things got interesting.  Thomas made three birdies on the front to Matsuyama’s even par first nine.  Thomas then bogeyed the 10th, and made birdies on two of the next three holes.  Walking to the 14th tee, Thomas held a five shot lead over Matsuyama.  Matsuyama holed out for eagle at the par 4 14th hole, which Thomas made par.  On the 15th, Thomas made a disastrous double bogey.  By the end of the 15th hole, Thomas’s lead had shrunk to just one.  Thomas then bounced back on the 17th sticking his approach to three feet for the tap-in birdie.  The icing on the cake was his birdie on the par-5 18th, and Thomas finished with a 69 for the day.  He moved to 22-under for the week, and three shots clear of Matsuyama for the win.

The win is Thomas’s second of the season and his third on Tour.  Matsuyama now has four wins and two runner ups in his last six starts, so he remains hot.  Keep this in mind, however: Thomas is the one who has beaten him for BOTH of those runner up finishes. 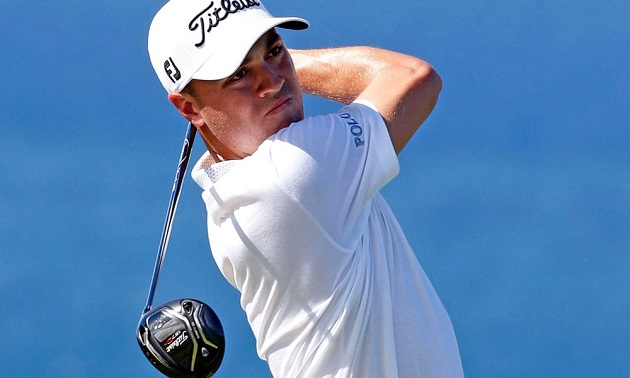