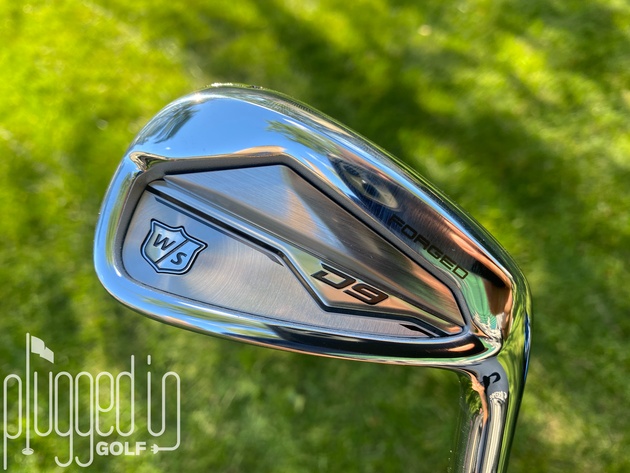 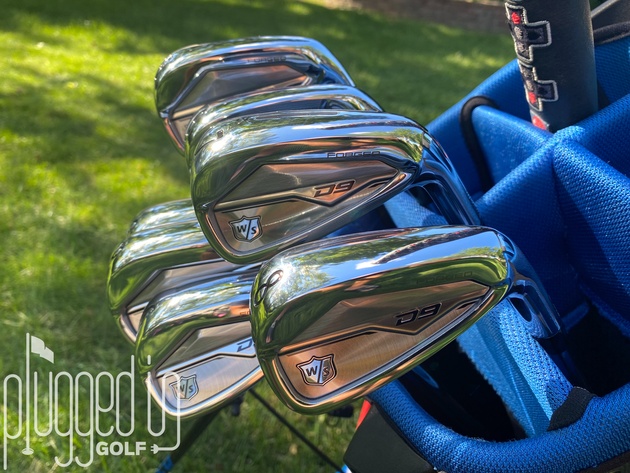 Wilson’s popular D9 irons finally got the partner they deserve.  The D9 Forged irons use the same Power Holes technology as the standard D9, but in a package geared toward the lower handicap player.  In this review, I’ll answer the question, “Which players should be putting the D9 Forged in the bag?” 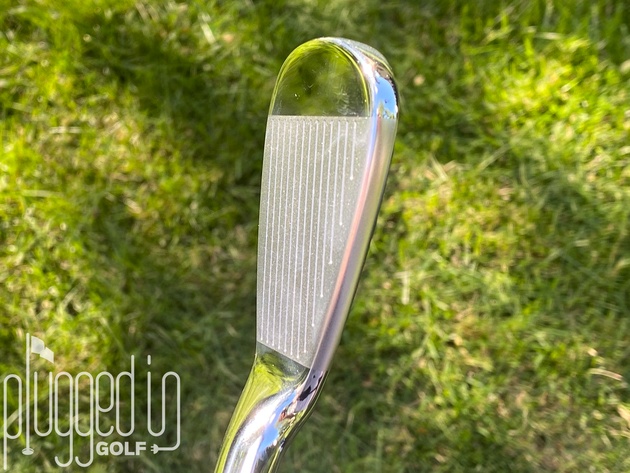 The address look of the Wilson D9 Forged irons is clearly more player-ish than the standard D9.  This set has a thinner top line, less offset, and a more compact blade length.  Overall, I would rate the top line as a touch thinner than average but boxy.  Most OEMs are beveling the top line to hide its size, but Wilson opted to let it be what it is.  In terms of offset, there’s very little in the 8-GW, but it becomes more apparent in the 5-7. 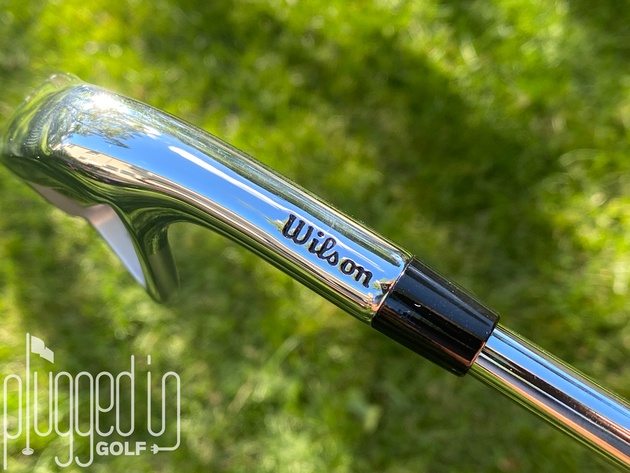 In the bag, the D9 Forged irons look very sharp.  I love that Wilson sticks with their traditional shiny chrome.  Some might complain about glare, but I like that Wilson is keeping to their own aesthetic rather than trying to look like everyone else.  The cavity is well balanced with a lot of interesting geometry but no colored paintfill.  My eye gravitates to the Wilson Staff shield, the rightful focal point. 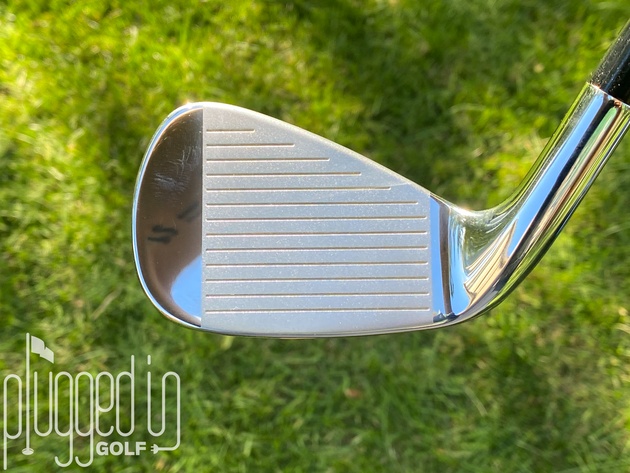 I started my testing with a few wedge shots and found the D9 Forged irons to be extremely soft.  On gentler shots, they have that “ball melting into club face” feel that is most often associated with boutique forgings.  This feel is paired with a quiet “thud” on pure strikes.

What shocked me about this set is how stark the feedback is.  Even with the wedges and short irons, small misses are very apparent.  Mishits are louder and harsher sounding, and the feel gets quite firm.  When it comes to feedback, these irons earn the “Forged” in their name. 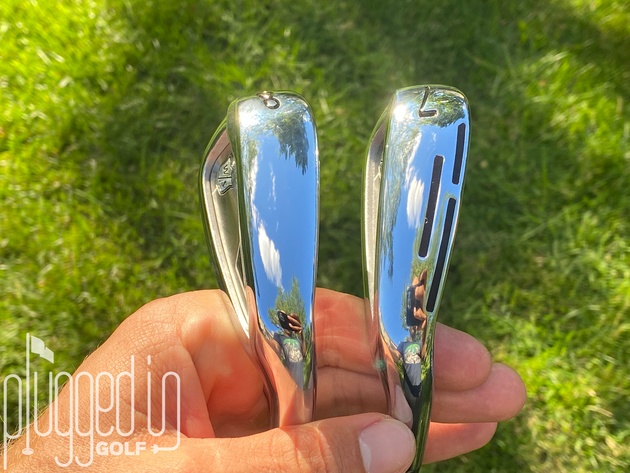 The other focus of my feel testing was looking for differences within the set.  As you can see above, the Power Holes stop at the 7I.  I was pleased to find that, despite the difference in construction, there was not a huge difference in sound or feel.  The long irons are a bit louder, but that can be attributed to the greater speed as much as the Power Holes.  Also, I’d emphasize that the difference is not one you’re going to notice unless you’re looking for it.  All the irons have the same satisfying soft feel on well-struck shots and clear feedback. 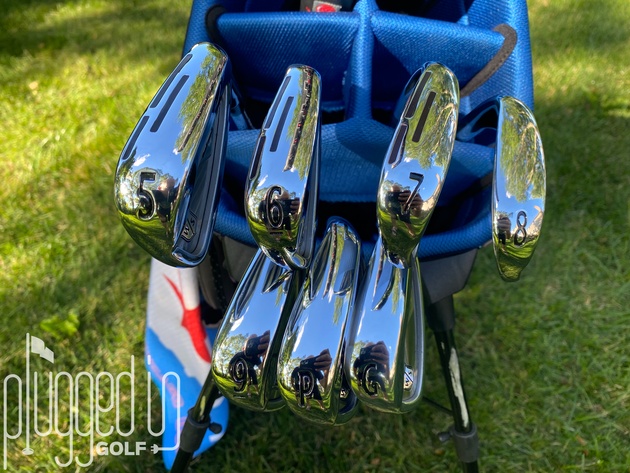 The Wilson D9 Forged irons have the looks, sound, and feel of a players iron, but I couldn’t help but think that the Power Holes would push their performance into the game improvement category.  I was eager to get them on the launch monitor to get some answers.

Overall, my findings are that the D9 Forged irons provide a level of consistency and forgiveness that merits the “game improvement” label.  To be clear, that’s a compliment.  When I hit numerous good shots in the row, the launch monitor numbers barely moved.  If a shot got away from me, the penalty was quite moderate.  I hit a 7I shot off the toe (nearly off the grooves) that lost just 4 MPH and 10 yards of carry. 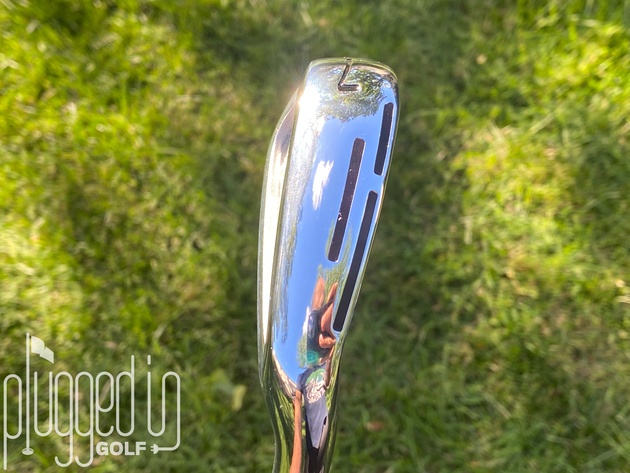 Additionally, the benefit of the Power Holes is apparent on thin strikes.  Hitting the 8I thin was surprisingly penal.  Those shots would still be on the green, but they lost quite a bit of launch and speed.  However, thin shots with the 5, 6, and 7 irons were much less affected.  If you want that forgiveness throughout the set, check out the standard Wilson D9 irons HERE. 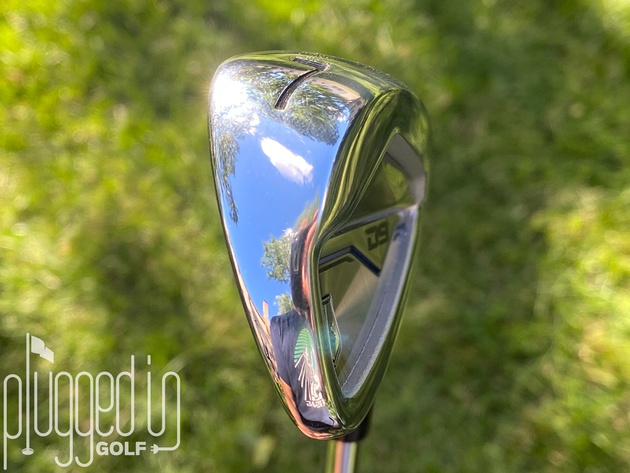 While the forgiveness of the D9 Forged irons pushes them toward game improvement, their ball speed and distance lean toward the players category.  The lofts are moderately strong, but the ball doesn’t explode off the face.  This may sound like a negative, but I don’t believe that it has to be.  For players more interested in consistency and predictability than simply having the longest 7I, the D9 Forged is great.

Finally, Wilsons states that these irons are built with a low center of gravity.  This produces higher launch angles and steeper descent angles.  I found that the low CG was an asset in the numbered irons but may be too low in the wedges.  From the 5I-9I, these irons launched and spun in what I consider a normal range for players irons.  However, the PW and GW launched higher with less spin.  This may be desirable for high spin players, but those seeking lower launching, higher spinning wedge shots may want to replace those clubs with higher CG specialty wedges.  Learn more about the importance of wedge CG HERE. 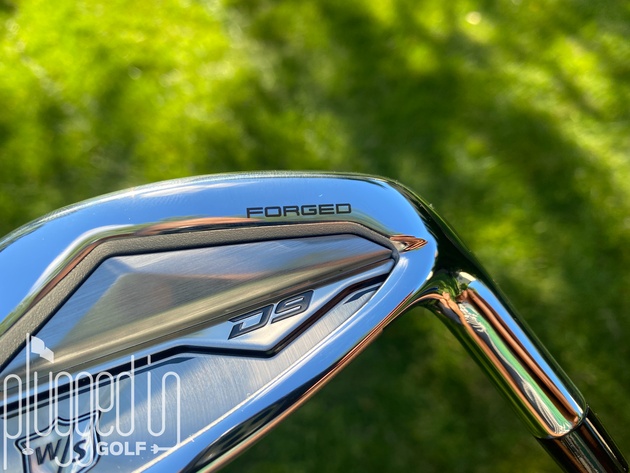 While Wilson may not have the expansive Tour staff that they had in their heyday, they continue to produce excellent irons.  The D9 Forged irons are an interesting blend of elements from the players and game improvement categories that should please the skilled golfer looking for additional consistency. 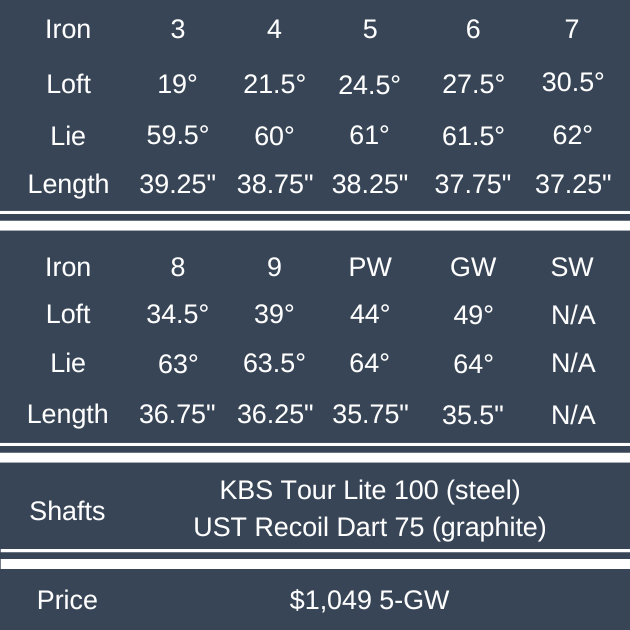