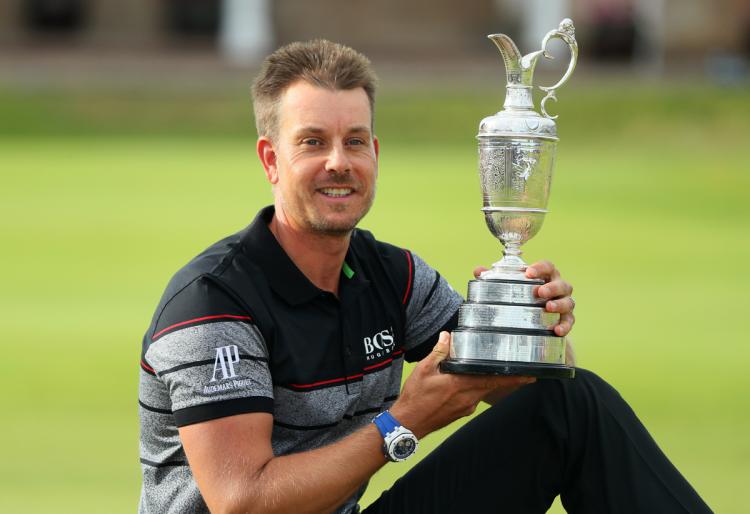 Henrik Stenson was crowned the 2016 Champion Golfer of the Year this weekend, after winning his first Major Championship of his career at the 2016 Open Championship.  The event, held at Royal Troon Golf Club in Ayrshire, Scotland, brought a weekend of brutal weather, exciting golf, and a final round match up that those who watched will not soon forget.

Stenson entered the final round on Sunday with a one stroke lead after firing rounds in the 60s the first three days of the tournament.  Following closely behind him was 46 year-old veteran, and five time Major Championship winner, Phil Mickelson.  The next closest golfers behind the final pairing?  Fan favorite Andrew “Beef” Johnston, who trailed Stenson by eight strokes going in to Sunday’s round.  It became very apparent, very quickly, that this was going to be a two-horse race.

Stenson stepped up to the first tee on Sunday with a one stroke lead, and finished the first hole one stroke back.  An opening bogey, combined with a lead off birdie from Mickelson (or as most of the golf world refers to him as, “Lefty”), quickly turned the tables.  Stenson didn’t stay down for long, and back-to-back birdies regained him a one shot lead on Lefty.  On the par-5 4th, Mickelson hit a beautiful three wood for his second shot, followed by a routine putt to make eagle.  Stenson converted for birdie to tie things up at the top, and from then on, Stenson put on a clinic that those of us watching would not soon forget.

Stenson and Mickelson continued to throw darts at the flags on the front, both making birdies at the 6th.  At the famous “Postage Stamp” par-3 8th, Stenson stuck his tee ball a few feet inside of Phil’s, and only Stenson converted his birdie try.  Stenson took back his one shot lead after both players rounded out the front nine with impressive 4-under 32’s.

The ball striking clinic continued on the back, where both players made impressive birdies on the 10th.  Stenson’s second and final bogey of the round came on the par 4 11th bringing Phil back to a tie for the lead.  After pars all around on the 12th (due to Lefty’s impressive fescue-to-fescue par save) and 13th, it became the Henrik Stenson show for the rest of the day.  Stenson dropped a 15-footer on the par-3 14th for birdie, and made it look impressively easy.  On the par-4 15th, his approach missed to the right of the green and left him a 50-foot putt from the fringe with no chance of birdie in sight.  Henrik thought otherwise.  He read the break, stepped up to his putt, and rolled it toward the target.  The ball seemed to not even be halfway home when the Swede began to walk the ball in.  Boom.  The ball dropped and Stenson let out an energetic fist pump.  The putt began a huge swing of momentum and a train of birdies for Stenson, who birdied three of his next four holes.  While Phil was able to respond with a birdie of his own on the par-5 16th, Stenson walked to the 18th tee with a two stroke lead.

As he had done all day long, Stenson stepped up to his final tee shot of the day with his legendary three wood in tow.  Yet again, he hit an absolute bomb down the fairway over 300 yards, coming up about a foot shy of the right side fairway bunkers that the commentators claimed was “well out of play with a fairway wood”.  Mickelson’s drive barely reached the same distance as Stenson’s three wood.  After a solid approach shot with a 2-stroke lead, it was smooth sailing for Stenson.  Lefty cleaned up his par, and cleared the floor for the first time Major winner.  Phil finished with a final round, bogey-free 65.  Stenson put an exclamation point on his round, dropping his birdie putt from about twenty feet out to finish with a final round 63, and most importantly, his first ever Major Championship.  Stenson’s final round included two bogeys and an impressive ten birdies.

It was probably the best final round of golf that I have ever seen, and will not be soon forgetten.  The way Stenson and Phil duked it out was flat out impressive, especially for two pros that are over 40.  It was so impressive that the TV cameras would rather go to commercial breaks between their shots, rather than show the other golfers on the course.  Mickelson looked like the Phil from his days competing with Tiger, and Stenson had the precision of a surgeon with his irons that we have known to see from him over the last few years.  Stenson got his revenge from the 2013 Open Championship at Muirfield, where he finished runner-up to Phil, Lefty’s last win worldwide.

Phil had commented after the round that it was definitely the best he has played in the final round of a Major and not walked away with the trophy.  Instead, he was outplayed by the new King Henrik (hockey reference for those who aren’t familiar), 2016 Champion Golfer Of The Year, and now a Major Champion.

Along the action and pure excitement from the final round, came the breaking of a few records.  For one, and maybe most importantly for Stenson, he became the first Swedish male to win a Major Championship (although Swede Annika Sorenstam has plenty to her name).  Mickelson’s final score of 267, one shy of his career best 266 at the 2001 PGA Championship, was still not quite good enough to best Stenson.  Stenson’s final score of 20-under 264 was the best all time in a Major Championship, claiming the record previously held by David Toms’s 265 at the 2001 PGA Championship at the Atlanta Athletic Club.  The 20-under finish is tied for the record for lowest score to par in a major, set by Jason Day in the 2015 PGA Championship.

Stenson’s final round 63 is the lowest round ever in a Major, tied with the record originally set by Johnny Miller at the US Open at Oakmont in 1973, making him the 27th player in history to do so.  Phil also had a round of 63 during the opening round at Royal Troon.

Stenson’s four rounds in the 60’s en route to winning a major has only been accomplished by three other players; Tiger Woods, Nick Price, and Greg Norman.  Ever heard of them? 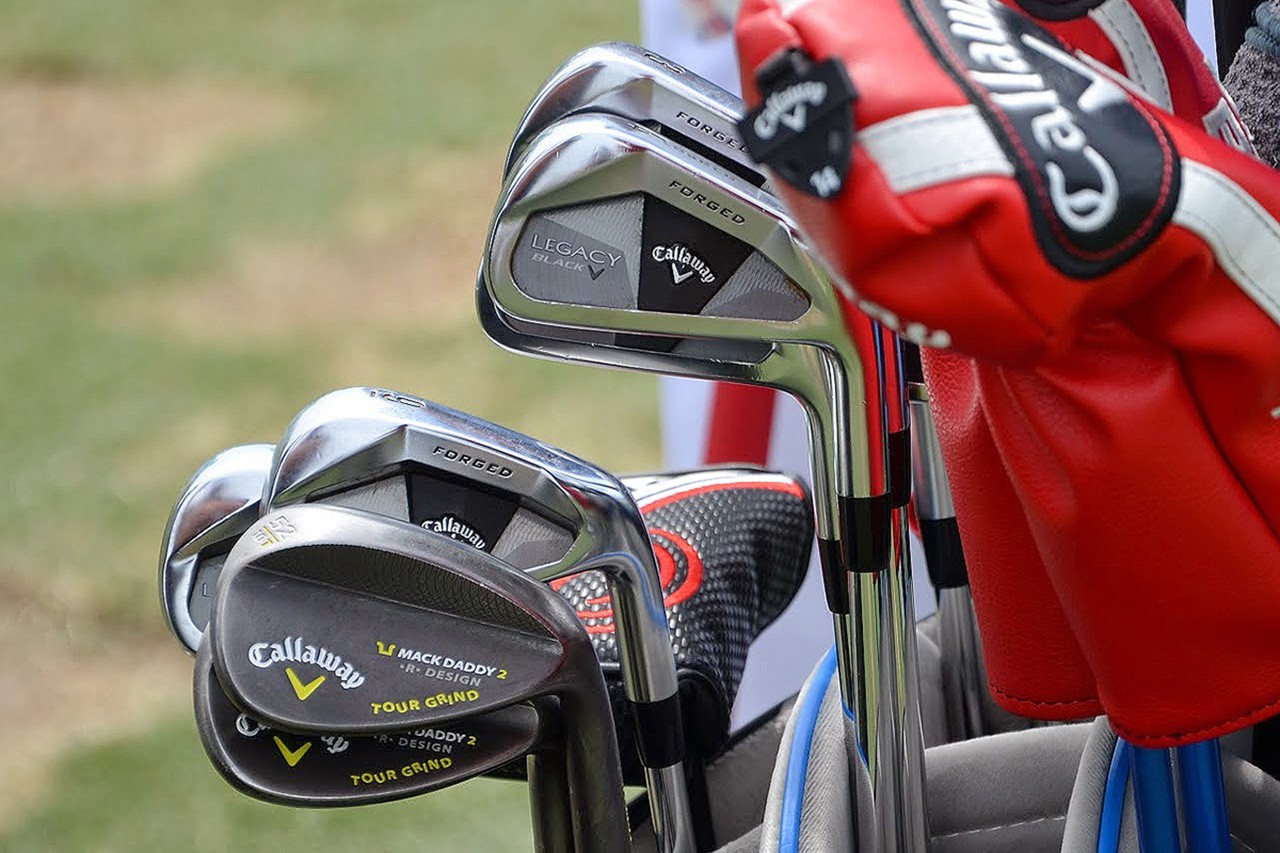 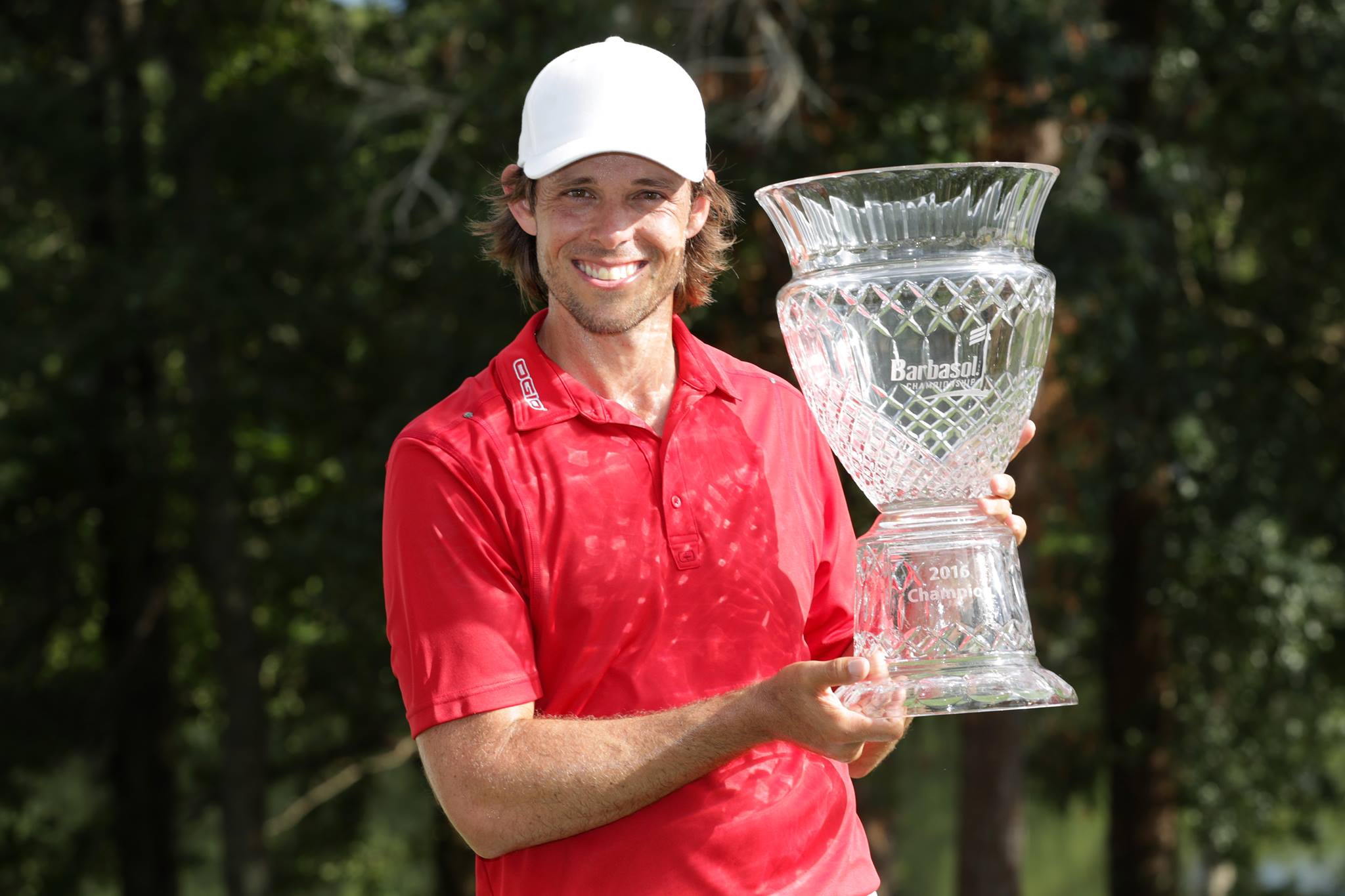 Nike staffer Jhonattan Vegas seemed to be cruising to a victory after a first round 65, followed up by an outstanding 60 on Friday’s second round that was nearly a 59.  Vegas fell off with two consecutive rounds of 72, opening the door for Baddeley and a host of others to creep to the top of the leaderboard.

Baddeley sat one shot back of Vegas heading for Sunday’s final round.  He made his first birdie of the day at the par-4 4th, followed by an impressive eagle at the par-5 5th after sticking his 255 yard approach shot to six feet.  He rounded out the front nine with a final birdie on the 7th, finishing the front with an impressive 31.  Si Woo Kim was also putting together an impressive round in front of Baddeley, making three birdies on the front for a 32.

On the back nine, Kim made a string of three birdies on the 11th, 12th, and 13th, followed by an eagle at the 16th and birdie at the 17th.  His lone bogey of the day on the par-4 18th proved to be the difference maker in the end, but he finished with an impressive 63.

Baddeley had a much steadier back nine, making par on the first five holes.  His first and only dropped shot of the day came via his bogey at the par-4 15th.  Baddeley was able to rebound with birdies at the 16th and 17th, and made a clutch par on the 18th to force a playoff with Kim.

In the two-man playoff, Baddeley and Kim made pars at the first three playoff holes, which were played at the 18th, 18th, and 17th holes.  The fourth playoff hole went back to the 18th tee.  After both finding the green in two, Kim was unable to convert for birdie.  Baddeley was left with a 24-foot putt for birdie.  As soon as the ball left the face of the Australian’s putter, it was tracking for the hole.  The ball approached the hole and Baddeley began to quickly walk sideways, watching the ball in anticipation.  It fell in the side of the cup, and Baddeley dropped his putter, jumped into the air, and threw his hat in celebration.

The celebration was much deserved, as this is Baddeley’s first win on tour in over five years, his last victory coming at the Northern Trust Open in 2011.  This is Baddeley’s fourth ever win on tour, and probably most importantly, grants him a two year full exemption on the PGA Tour, which he did not have for this season. 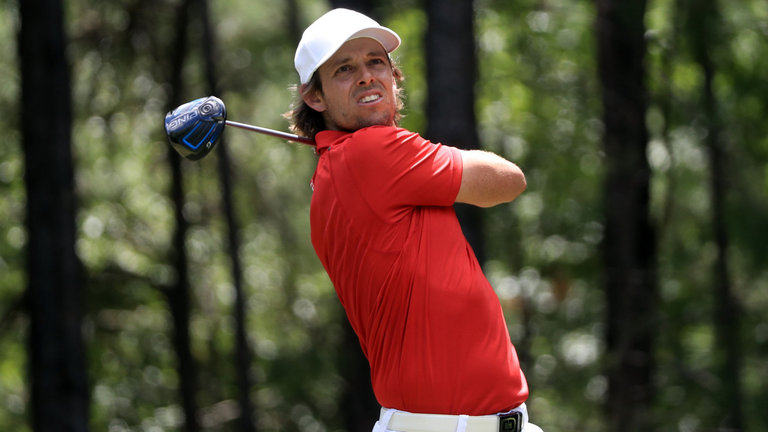