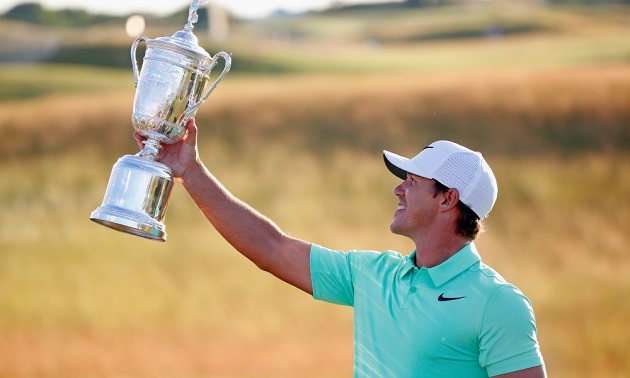 Brooks Koepka dominated the field and the course at Erin Hills to capture his first ever Major Championship at the 2017 US Open.  Koepka’s final round 67 propelled him to a four-shot victory in Erin, Wisconsin for the course’s inaugural Major Championship.

Koepka started his week with an opening round 67, two back of early leader Rickie Fowler.  During Friday’s second round, Koepka carded a 2-under 70 to sit at 7-under for the week, holding a tie for the lead with Paul Casey, Brian Harman, and Tommy Fleetwood.  Most notable were some of the big names missing the 1-over par cut, including the top three players in the world in Dustin Johnson, Rory McIlroy, and Jason Day.

On Saturday, Koepka posted another round under par with a 68.  Justin Thomas, however, stole the show with his 63, the lowest single-round score in a US Open.  Thomas and Koepka were T-2 at 11-under.  Brian Harman and Tommy Fleetwood held the lead at 12-under for the week.

On Sunday, Koepka seemed to be a man on a mission, and was firing on all cylinders.  Brooks came out of the gates hot with two opening birdies.  After consistent pars on the next five holes, he made another birdie on the 8th.  He finished his front nine at 3-under.  His only stumble of the day came after a three putt at the 10th, his only bogey of the day.  Starting on the 14th, Koepka rattled off three straight birdies to grab a four-shot lead that was never relinquished.  His final-round 67 was good for a four-shot victory and the US Open Championship, his second ever win on Tour. 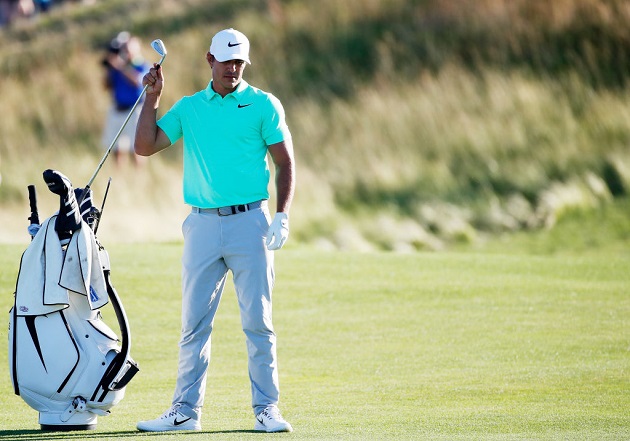 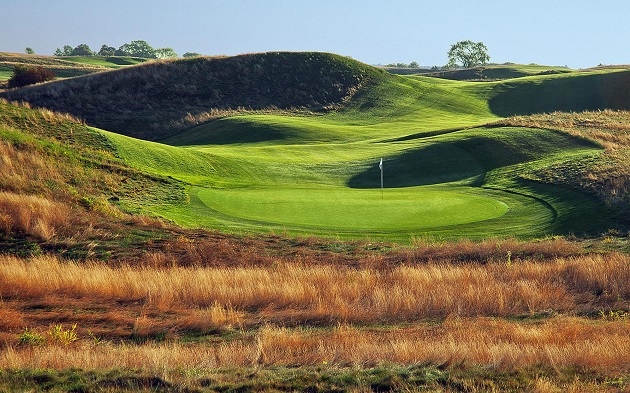 The US Open By The Numbers