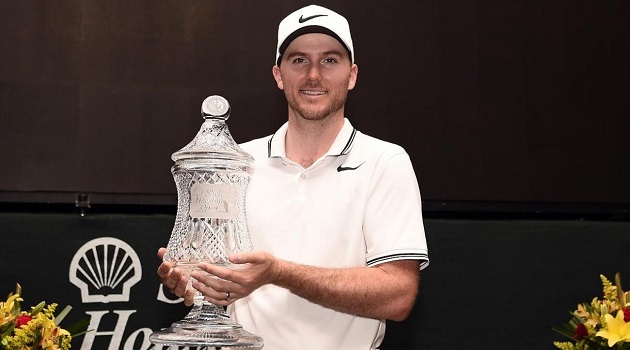 Russell Henley shot a final round 65 en route to victory at the 2017 Shell Houston Open.  The event, held annually at the Golf Club of Houston in Humble, Texas, is the last Tour event leading up to the Masters.  While many pros see this as a final tune up before Augusta, they all still would love to add another notch in the win column.  This week, Henley came out on top.

After solid opening rounds of 67, 67, and 69, Henley found himself four shots back heading to the final round.  54 hole leader Sung Kang held a three shot lead over the field, seeking his first ever Tour victory.  PIG favorite Rickie Fowler also found himself in the hunt, but fell off after a very slow start, and was unable to rally all of the way back.  He finished T-3.

In the final round, Henley came out swinging,  He poured in birdies at the 2nd and the 4th, and didn’t stop there.  He had three straight birdies starting at the 6th.  On the par-3 9th he gave back two strokes with a double bogey, and made the turn at 3-under.  Kang, meanwhile, was unable to get anything going.  For every birdie, came a following bogey, and he turned at even par.

On the back, Henley continued the birdie onslaught.  He birdied the 10th, then had another string of three at the 13th, 14th, and 15th.  He made his final birdie at the 17th, stretching his lead to four strokes.  Kang, on the other hand, could only make pars on the back 9.  Henley finished his round with a bogey on 18, but it was no matter.  He closed out the win with a three stroke victory over Kang, who finished with an even par 72.

This is the third win on Tour for the young Henley.  He also punches his ticket to the Masters next week with the win.  We will see if he can carry his stellar play into Augusta National for the first Major Championship of the year. 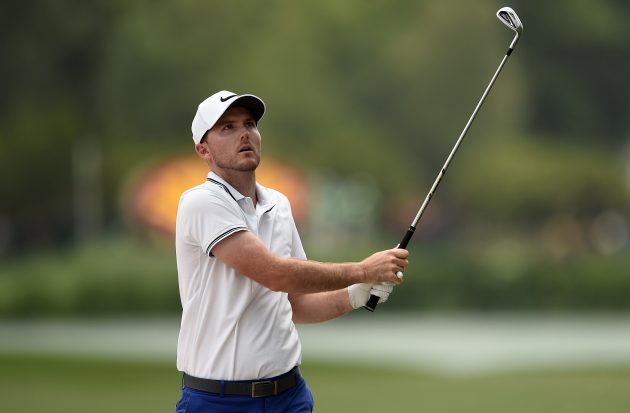 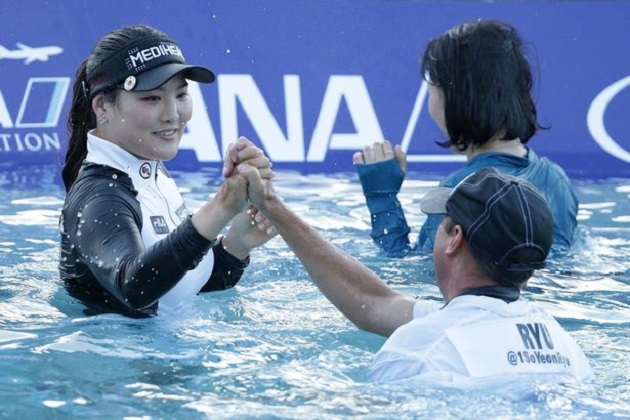 South Korea’s So Yeon Ryu won her second Major title at the ANA Inspiration in Rancho Mirage, California this week.  Ryu shot four consecutive rounds in the 60’s (68-69-69-68) to win at Mission Hills Country Club.  Ryu defeated Lexi Thompson in the first playoff hole after making a smooth birdie on the par 5 18th in the playoff.  This is Ryu’s second Major Championship and fourth win on the LPGA Tour. 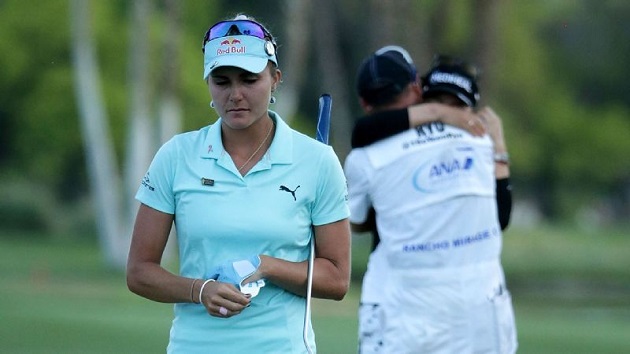 The real headlines pouring from the event, unfortunately, is what unraveled with Lexi Thompson.  Thompson held a two shot lead coming off of the 12th green on Sunday, when she was approached by two rules officials.  The officials then informed her she was incurring a four (yes FOUR) shot penalty for an infraction that happened in the THIRD round the day before.  Yes, Lexi was being penalized for something that happened the day prior.

Here’s the real kicker: the LPGA announced that an email from a viewer at home had reported the incident.  On the 17th green during the third round, Thompson’s first putt left her a one foot tap in.  Lexi marked her ball from the side quickly, lifted the ball, and quickly replaced it.  The viewer (and the LPGA) noticed Lexi slightly misplaced her ball in the wrong spot, thus incurring the two-stroke penalty.  Then, since she was deemed to be committing a penalty, that made her scorecard incorrect.  With a rule change in January 2016, she incurred another two stroke penalty (before the rule, she would have been disqualified).  Thus, she incurred a four stroke penalty a whole day later, and went from being two shots up, to two down.

Lexi responded like a champion.  Amidst tears, she poured in an incredible birdie at the very next hole.  Lexi fought her way back into the tournament.  She left her eagle putt short after an incredible second shot at the par 5 18th that would’ve sealed the tournament.  She made her tap in birdie to force the playoff with Ryu, where she unfortunately lost.  After the round, Lexi showed her true character, thanking the fans, providing an interview, and signing autographs for thirty minutes.  Lexi, you’re a true champion, and you handled the situation with grace.

Between this and what happened to DJ at the US Open last year, it’s clear the USGA and LPGA have some cleaning up to do.  These old school rules of golf need to change.  While they’ve already begun the process, the sooner they implement those changes, the better.