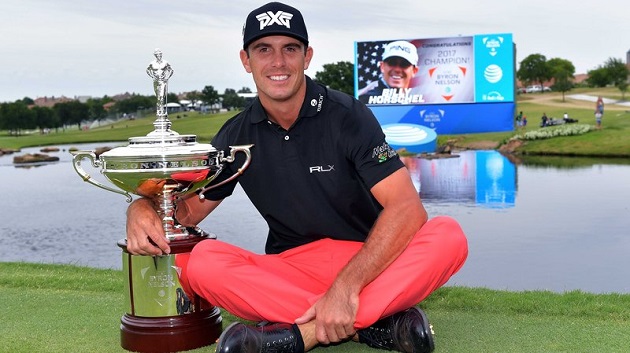 Horschel Wins The Day in Dallas

Billy Horschel defeated Jason Day on the first playoff hole at the AT&T Byron Nelson this weekend to capture his fourth career PGA Tour victory.  Horschel overcame a one shot deceit on Sunday at the the Four Seasons Resort and Club in Dallas, Texas to grab the victory.

Horschel opened his week with a 2-under 68, followed by an impressive 5-under 65.  Even with two solid rounds, he still trailed early leader Jason Kokrak by five strokes heading to the weekend.  After another solid 66 on Sunday, mixed with Kokraks sub-par 72 left Horschel one shot back of 54-hole leader James Hahn.

Sunday’s round was a roller coaster for Horschel, but was also playing tough for the rest of the field as well.  Horschel finished his final round front nine at even par, making two birdies to go with two bogies.  He made birdie at the 11th, but followed that with bogies at the 12th and 13th.  A 60-foot bomb (the longest of his career) for birdie at the 14th got him back to even for the day, and a birdie at the 16th put him in position for a win.

Meanwhile, Jason Day also made a late birdie at the 15th, and tied him for the lead with Horschel.  54-hole leader James Hahn struggled with a round of 2-over until he almost made a clutch eagle on the 18th to join Horschel and Day in the playoff.  He narrowly missed, and had to settle for a birdie, good for a final round 71.

On the first playoff hole, the par 4 18th, Horschel made a conventional par, and with Day having a four-footer left for his par, it appeared we would be headed to a second playoff hole.  Unfortunately for Day, he missed the four footer and sealed the win for Horschel.  Before that putt, Day had made 96% of all putts inside of five feet this year.

The win is Billy’s fourth on Tour. Coming in to the week, Horschel had missed three straight cuts.  Horschel’s putter really got the job done for him this week, as he drained 453 feet worth of putts at the AT&T Byron Nelson.  It’s good to see the fiery Horschel back in the winner’s circle, and hopefully, he can get him game back on track for good. 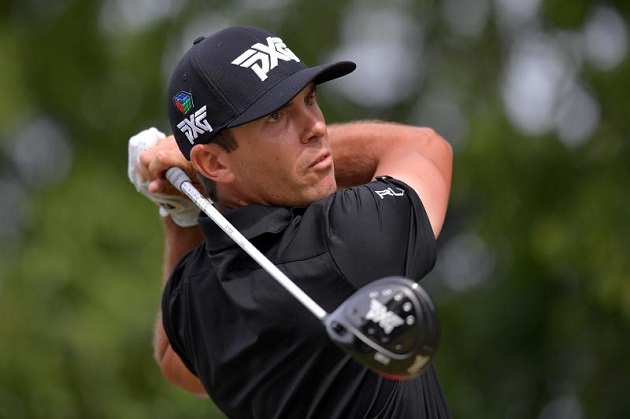