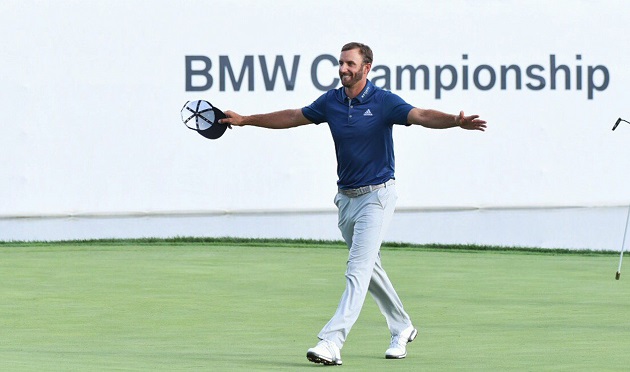 Current World Number 2, Dustin Johnson, captured his third win of the season at the third event of the FedEx Cup Playoffs, the BMW Championship.  Johnson shot four consecutive rounds in the 60’s at Crooked Stick Golf Club (Carmel, Indiana) en route to the victory, including an impressive 9-under 63, the lowest score of the week.

After impressive rounds of 67-63-68 to open the week, DJ headed into the final round on Sunday with a three-shot lead on last week’s runner-up, Paul Casey.  With his first Major Championship under his belt from earlier this year, Johnson showed the poise and composure one would expect from a Major Champion.  DJ’s final round was a bit of a roller coaster ride on the front nine, not making a par until the 6th hole.  Luckily for him, those first five holes consisted of three birdies and two bogeys.  He finished his front nine with two more birdies on the 7th and 8th holes to finish the front at 3-under.  The back nine brought a much smoother finish to the day.  After a birdie at the 11th, and a bogey at the 13th, Johnson still maintained a lead on the rest of the field.  At the par-5 15th, Johnson made a beautiful second shot that left him an 18-foot putt for eagle, which found the bottom of the cup.  DJ made pars at the final three holes cruising to a three shot victory to close out the week.

The win is the third of the season for the number 2 golfer in the World, adding to his back-to-back victories earlier this year at the US Open and the WGC Bridgestone Invitational.  The victory also jumps Johnson three spots in the Fedex Cup rankings, moving him into the first position, and setting him up to control his fate heading into the Tour Championship.  The top-30 in the rankings will head to East Lake Golf Club in Atlanta, Georgia, vying for the coveted FedEx Cup Championship which includes a $10 million prize for the season points winner.  The Top 5 in the current standings (DJ, Patrick Reed, Adam Scott, Jason Day, and Paul Casey) control their own destinies at the Tour Championship, able to capture the title with a victory at the final event.  The Tour Championship has provided numerous highlight-reel moments, and I don’t expect this year to be any different. 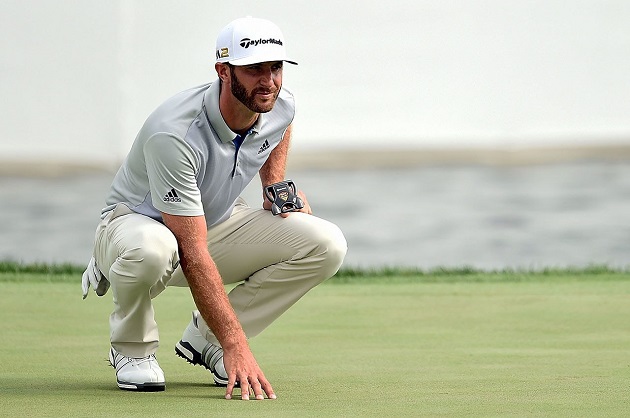 *DJ Added the Spider Limited to his bag during Wednesday’s Practice round.  He went from a 150+ ranking in strokes gained putting last week, to the #1 spot this week at Crooked Stick. 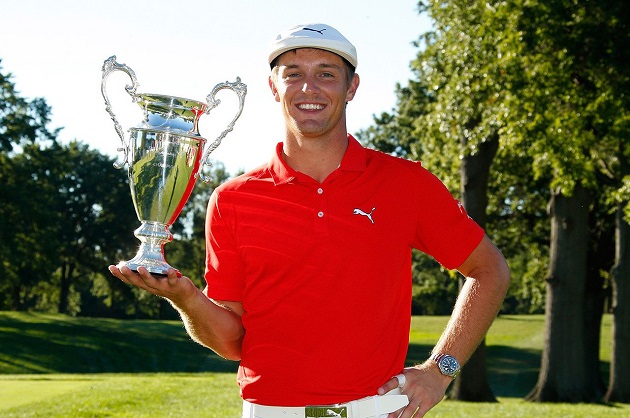 The 2015 NCAA Champion and US Amateur Champion (the 5th ever to do so in the same year) Bryson DeChambeau captured his first ever professional win at the DAP Championship, the first event of the Web.com Tour Finals over the weekend.  DeChambeau won the event, held at Canterbury Golf Club in Beachwood, Ohio, in a four man-playoff after relinquishing a 54-hole lead by shooting a 71 on Sunday.  DeChambeau’s mediocre scoring put him in a four-way tie for the lead with Andres Gonzales, Nicholas Lindheim, and Julian Etulain.

The foursome headed back to the 18th tee box, a par-4, for the first playoff hole.  Both DeChambeau and Gonzales made clutch birdies to continue the playoff, while Lindheim and Etulain were both eliminated with pars.  DeChambeau and Gonzales headed back to the 18th tee for the second playoff hole.  DeChambeau made a clutch par on his third go-around at 18, while Gonzales made bogey, sealing the deal for DeChambeau, and locking up his first professional win.

After turning pro immediately following the Masters and foregoing his Senior year amid postseason bans  incurred by his alma mater, Southern Methodist University, DeChambeau hoped to earn his Tour Card via his play in sponsor exemptions.  DeChambeau was unable to earn enough money during sponsor exemption events to secure a Tour Card, but earned himself a spot in the Web.com Tour Finals.  With his win on Sunday, DeChambeau locked up his Tour status for next year, and will look to start making big moves up the World Golf Rankings.  Look for Bryson and his new (and most definitely unique) single length Cobra irons to be on the course with the big boys next year. 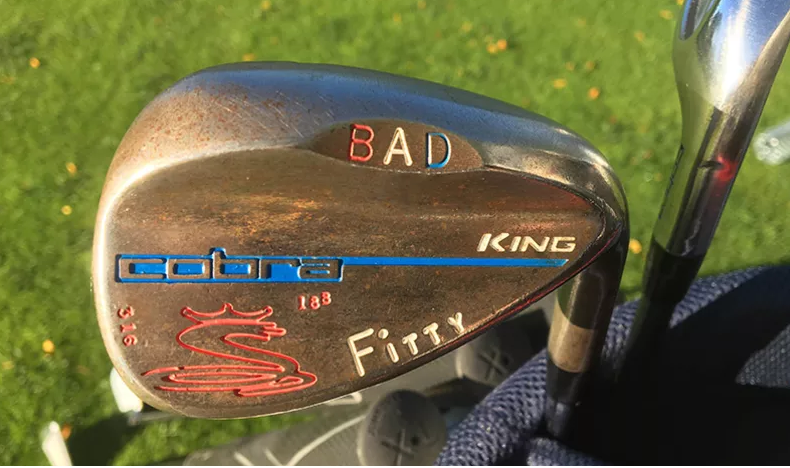 *All of Bryson’s ONE Length irons and Wedges play at 37.5” 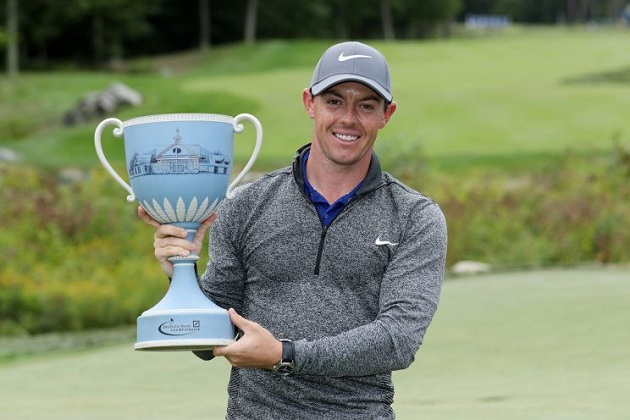 Due to a variety of issues, I apologize for the lack of a recap last week.  Just to fill in those who missed it, Rory McIlroy captured the second leg of the FedEx Cup playoffs at the Deutsche Bank Championship at TPC Boston.  McIlroy shot a final round 65, and finished three two shots clear of runner-up Paul Casey.  With the win, McIlroy moved up into the top-5 of the FedEx Cup Ranking, and moved in to the Number 3 spot in the World Golf Rankings.