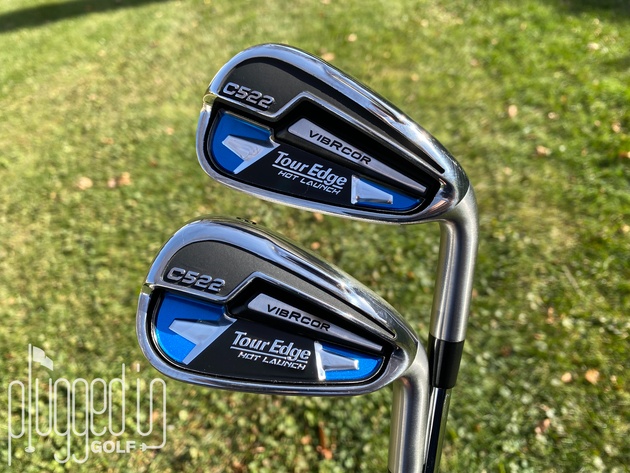 The Tour Edge Hot Launch C522 irons are long and consistent.  A great game improvement iron at an affordable price. 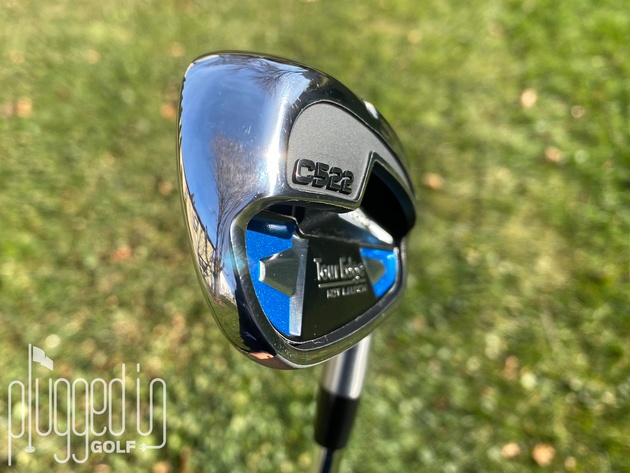 As we enter a new year, golf welcomes in a fresh crop of beginners.  At the same time, legions of longtime players are looking to remake their bags.  Almost everyone in both groups is searching for the same thing: more distance.  For all those golfers, Tour Edge offers the Hot Launch C522 irons. 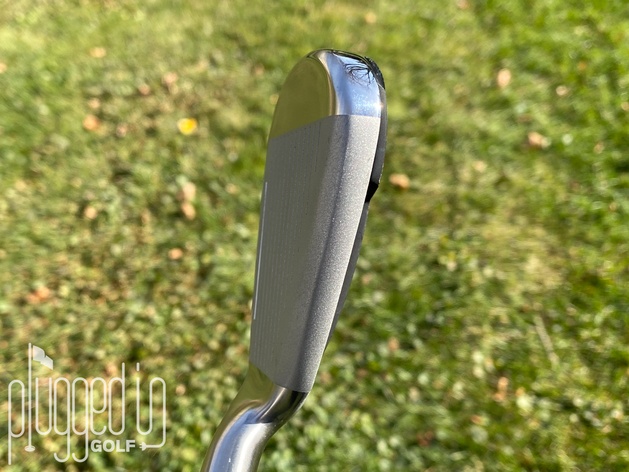 The stout top line is the dominant visual trait of the Hot Launch C522 irons.  There’s also a healthy dose of offset and a heightened heel, but everything is colored by the beefy top line.  Looking down at this iron makes me feel like I’m swinging a sledge hammer – in a good way.  I know that even an imperfect strike is going to do some damage.

In the bag, the Hot Launch C522 irons have a standard game improvement look.  There’s quite a bit of branding – Tour Edge Hot Launch across the middle, C522 on the toe, and Vibrcor closer to the sole.  A deep cavity is somewhat hidden among the numerous levels and finishes.  Two splashes of bright blue round out a fairly busy visual package. 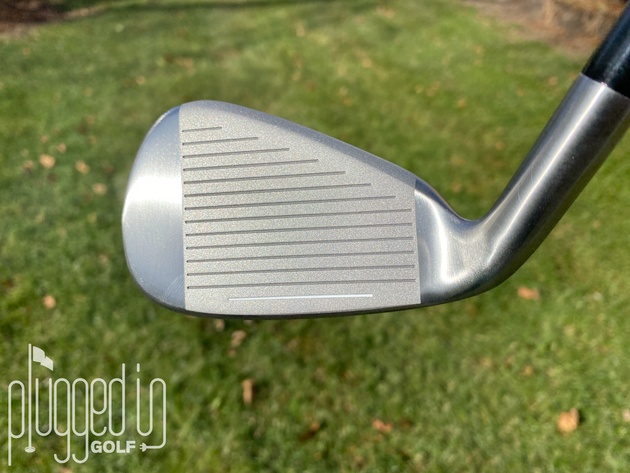 Feedback is clear but not painful in both the hands and ears.  The sound of mishits is thinner than pure strikes, but it’s not discordant.  Similarly, off-center shots aren’t as solid, but they don’t sting. 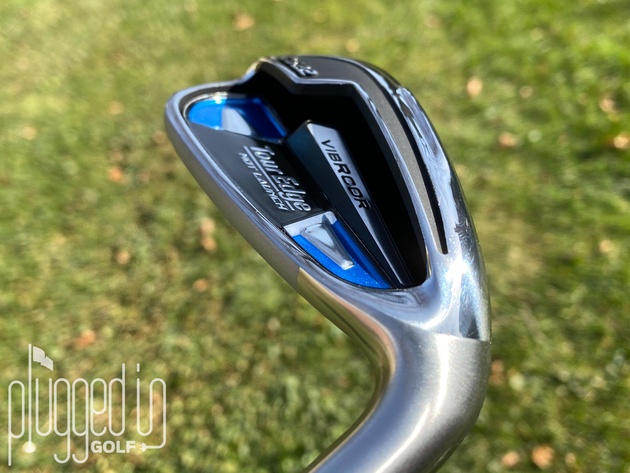 Tour Edge touts the Hot Launch C522 irons as “high-tech distance iron[s] with enhanced forgiveness for competitive golfers.”  This description is spot on.

The specs on the Hot Launch C522 irons are “Power Lofted” per Tour Edge.  You should understand this to mean that the lofts are very strong.  When you combine these strong lofts with a very low center of gravity, the result is extreme ball speed and distance.  I was hitting the C522 8-iron past my gamer 7I with playable spin.  That second part needs to be repeated: with playable spin.  That extends to the long irons which, when struck well, fly for days but don’t roll forever.

Of course, long is only good if it’s consistent, and the Hot Launch C522 irons are that.  Thanks to the 360 Degree Undercut Cavity and Toe Weighted Design, you can hit the ball thin or off-center and still get a great result.  Ball speed, launch angle, and spin rates were all very robust in my testing. 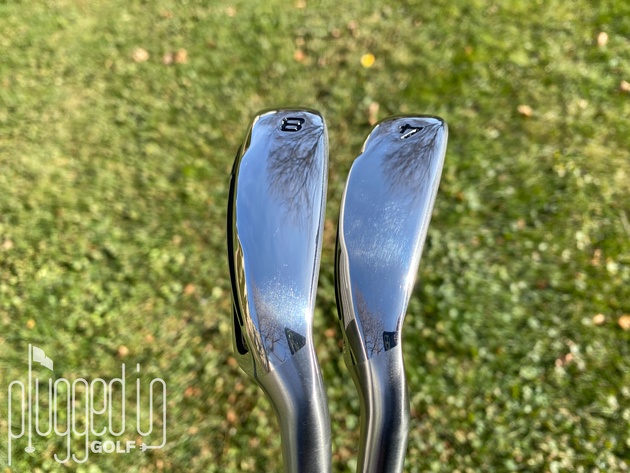 Tour Edge also notes the “Wide Sole Design” of the C522 irons.  I noticed the effects of this on both mats and grass.  This iron simply does not want to dig.  If you hit a lot of fat shots, these are definitely worthy of consideration.  The flipside is that the wider sole makes them slightly harder to flight down.

Similarly, the Hot Launch C522 irons want to go straight or draw slightly.  If you like point-and-shoot irons, these are going to hit the mark for you.  I was able to hit cuts and lower the trajectory, but it took some effort as that’s not what these are built for.

Tour Edge offers the Hot Launch C522 with two stock shaft options.  If you want steel, there’s the KBS Max 80, a fairly lightweight option.  For players seeking to cut even more weight, the graphite shaft is the Mitsubishi Fubuki HL.  Depending on the flex, this shaft weighs between 50 and 60 grams. 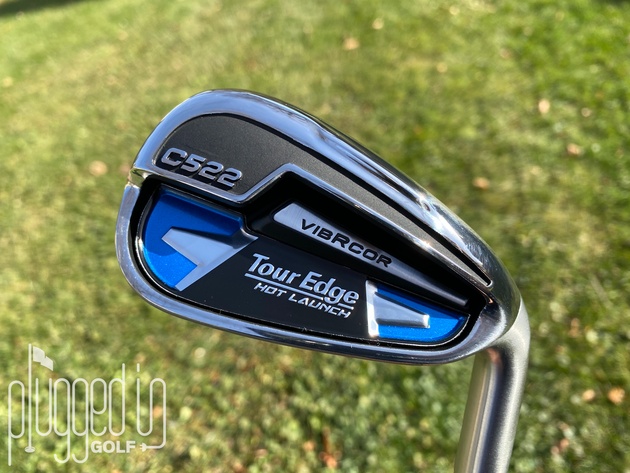 In the past, Tour Edge has bragged that “Pound for pound, nothing else comes close.”  I humbly submit a slightly modified version for the Hot Launch C522 irons: “The dollar-for-dollar distance champ.”  If you’re looking for a long, forgiving iron that isn’t going to break the bank, you are not going to find anything better. 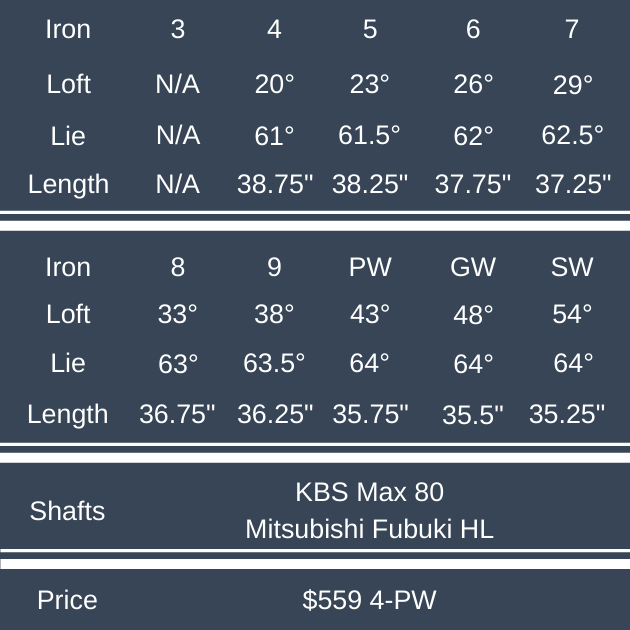