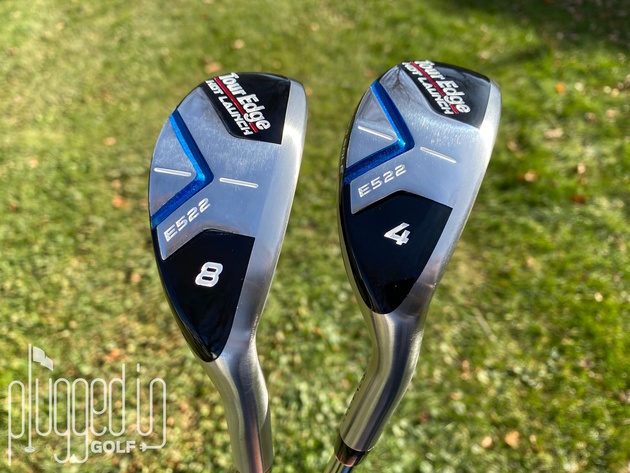 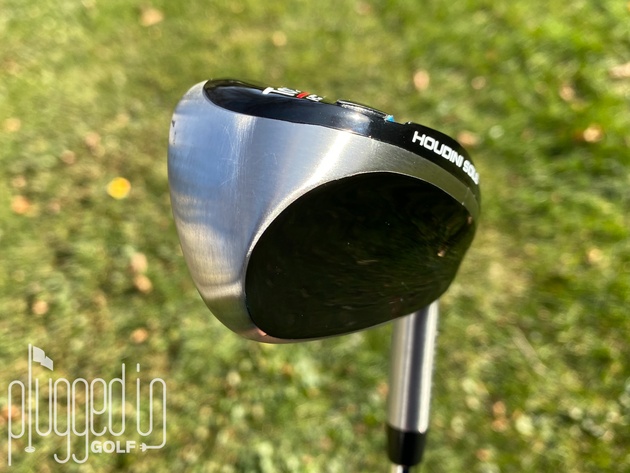 Some golfers believe that the joy of the game is in the struggle.  If that describes you, you’re probably going to want to stop reading.  However, if you’re the kind of golfer who wants to hit more high, pretty shots, read on to learn how the Tour Edge Hot Launch E522 irons can help. 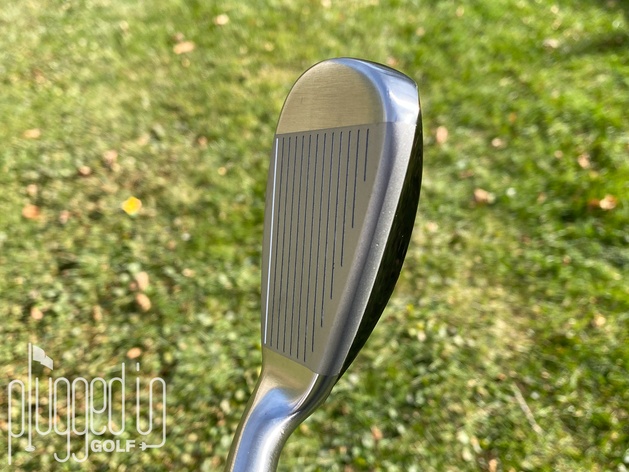 I tested the Hot Launch E522 irons alongside the C522 irons [full review HERE], and the first thing I noticed was that the top line of the E522 is actually a bit thinner than that of the C522 in the short irons.  However, as you move into the long irons, the topline gets wider.  Overall I would regard the top line as medium-thick.  Both irons have a substantial amount of offset. 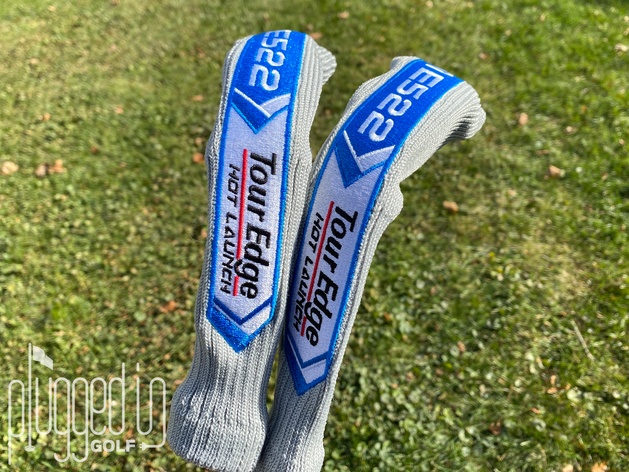 The big difference between the two set is that the E522 is a larger, hollow body hybrid-iron.  In the higher lofted clubs, the black part that sticks out beyond the top line is very well hidden.  In the long irons, that “extra” really stands out.  Obviously traditionalists are not going to vibe with this design, but players that find confidence in a larger profile will love it.

Finally, each iron in the Hot Launch E522 set comes with a sock-style headcover, as shown above.  While they are technically iron covers, I think they’re a lot better looking than the black neoprene thing that most of us think of when we hear that term. 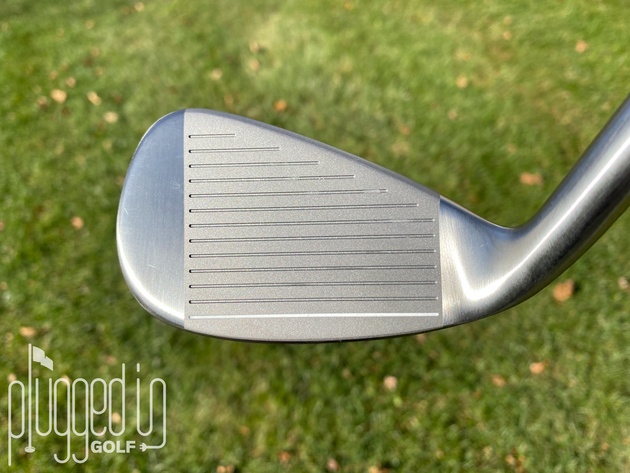 The large, hollow body of the Hot Launch E522 irons produces an impact sound that’s fairly loud and medium-high pitched.  Impact gets a little louder in the long irons with good strikes sounding like gunshots.  That sound is accompanied by a feel that is fairly fast but not springy.

For a head this large, I was surprised by how precisely I was able to feel the impact location.  The sound didn’t change dramatically from pure shots to mishits, but my hands told the truth about strike quality. 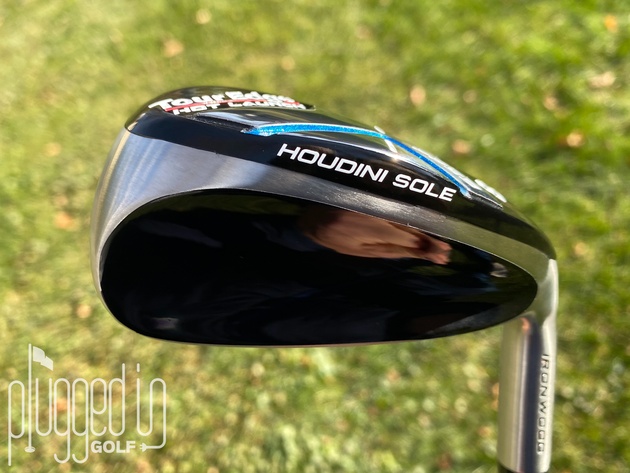 Tour Edge designed the Hot Launch E522 irons with ease of play as the number one goal.  To that end, they used a shallow face design and their Houdini Sole to create a super low center of gravity so that every shot gets airborne.  If you struggle to elevate the ball, these irons are going to be a godsend.

The other thing that makes these irons so much fun to play is the forgiveness.  The large, hollow body allows for extreme perimeter weighting and tremendous stability.  That means that the ball speed, launch angle, and spin rates barely change from shot to shot.  These are some of the most consistent irons I’ve ever tested.

One thing that should be noted is that the lofts of the E522 irons are much weaker than those of the C522.  This helps with getting the ball airborne and may create longer carry distances for some players in the long irons.  However, if you’re testing the two irons side by side, don’t be surprised if the C522 is longer, particularly in the short and mid irons.

Finally, Tour Edge offers the Hot Launch E522 with two stock shaft options.  If you want steel, there’s the KBS Max 80, a fairly light weight option.  For players seeking to cut even more weight, the graphite option is the Mitsubishi Fubuki HL.  Depending on the flex, this shaft weighs between 50 and 60 grams. 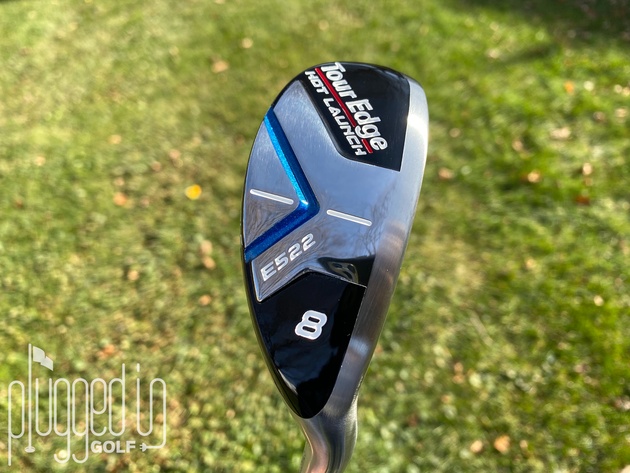 For the new golfer or those who simply want to get on the course and hit some high, straight shots, I can’t recommend the Tour Edge Hot Launch E522 irons enough.  These irons are fun and easy to hit and extremely consistent.  Add in the fantastic value, and you have an all-around winner. 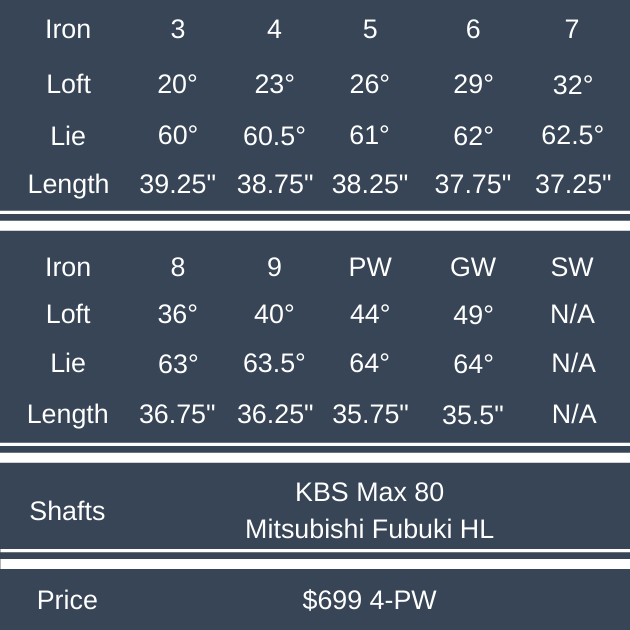