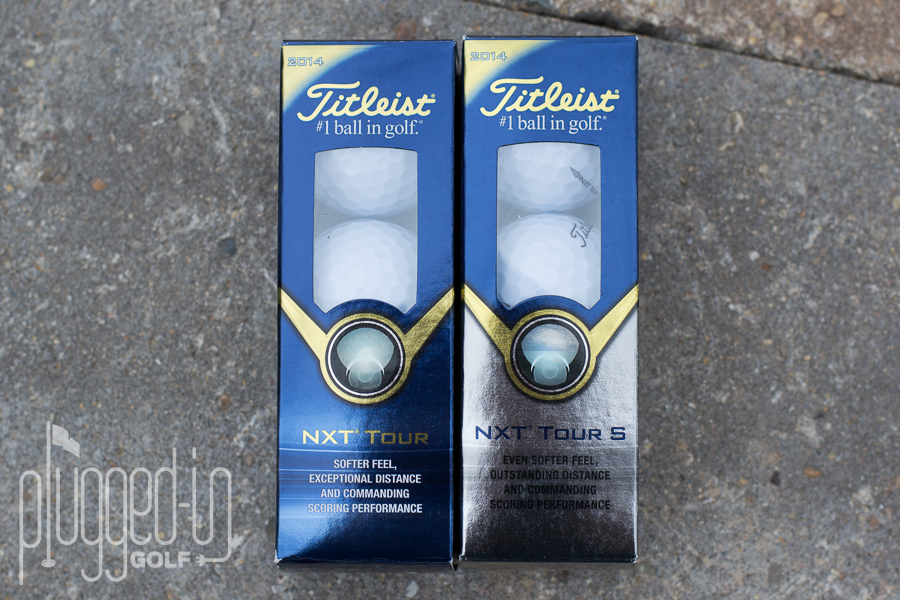 The Titleist NXT Tour and Tour S are two mainstay golf balls at an affordable price with premium performance.

I LOVE playing golf with Titleist Pro V1x golf balls.  I absolutely love it.  Unfortunately, I am not an elite level player with an unlimited free supply of them.  When I have to buy golf balls on a budget, it’s always been a no-brainer for me to pick up a box of NXT Tour balls, and there’s now a new option in the NXT Tour S.  This review will tell you why you should strongly consider a dozen NXT Tour golf balls next time you head to the store to pick up a box. 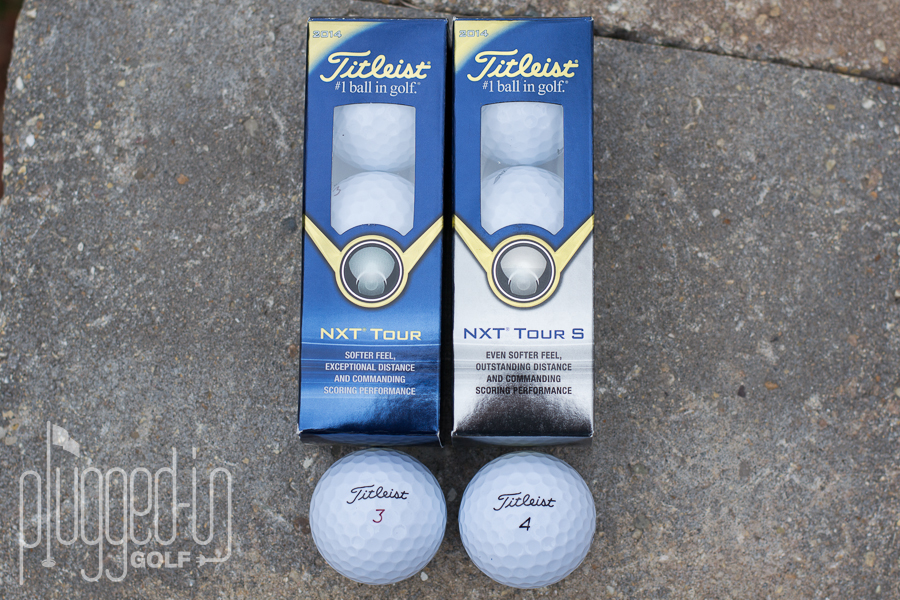 The two biggest contributors to the feel of the golf ball are the core and the cover.  The hardest part to get right seems to be the cover.  If companies make it too soft, the ball feels mushy and it gets torn up too fast from the grooves of the clubs.  If the cover gets too hard, the ball starts to feel like a rock and you lose a lot of the sweet feel you’re looking for.  Yes, the core of the ball is very important, but the big difference maker in feel seems to be the quality of the cover.  Titleist used their Fusablend cover on the NXT Tour and NXT Tour S golf balls which I feel will hold up against the feel of many other brand’s premium golf ball ranges.  Frankly, I don’t think the difference between the Pro V line and the NXT Tour line is as great as others may think, and that’s truly a testament to the NXT Tour balls.  It felt to me that I was lacking some of the response in the NXT balls, but I firmly believe that to be related to the “Titleist placebo effect.”  Because I knew the ball wasn’t my Pro V1x, I “felt” a difference off the driver and longer clubs.  If these balls were marked Pro V1x and Pro V1, I most likely would not have noticed a major difference in feel.

The difference in the NXT Tour and NXT Tour S balls is at the core itself.  The NXT Tour is a dual-core ball with the softer core at the middle of the ball whereas the NXT Tour S is a single-core ball that has a softer compression to give you an even softer feel and response than the NXT Tour.  I firmly believe that, again, if these were two unmarked balls put into play, people would be surprised to learn that they aren’t the flagship premium golf ball of one of the major brands based on feel alone.

Hitting the NXT Tour and Tour S on long shots is fairly boring…in a good way.  I got almost identical ball flights to the Pro V1 and Pro V1x, about the same speeds, and a little less spin with the NXT Tour.  The predictability and quality of this ball made it easy to control and create the shots I was looking for.  All in all, the NXT Tour and NXT Tour S golf balls both held their own in the long game.  My preference leans a little toward the NXT Tour because it felt a little firmer and I seemed to get a little more length with it.

When it comes to defining a golf ball, the short game is always the make or break portion of the experience and will be a major influence on how someone feels about moving forward with a golf ball.  As with any golf ball test, the first thing I did with the NXT Tour and Tour S was take them out on the practice green to see how they felt with the putter.  I preferred the feel of the NXT Tour, but the NXT Tour S also had a nice feel to it.  For me, it purely came down to preference.  From there, I hit wedge shots with both balls and found the NXT Tour S to perform a little better, but I liked how the NXT Tour responded.  Both balls were easy to control and play different short shots with.  From there, I tested them both out in the 100 to 125 yard range.  Again, I seemed to play softer shots with the NXT Tour S, but I liked the way the NXT Tour felt off of my clubs.

Both the NXT Tour and Tour S will more than hold their own as a good short game golf ball, especially at a price of $33 for a dozen.  If you are Pro V1 loyalist looking to save a few dollars, I would strongly encourage you try both of these balls out and see how they perform for you. 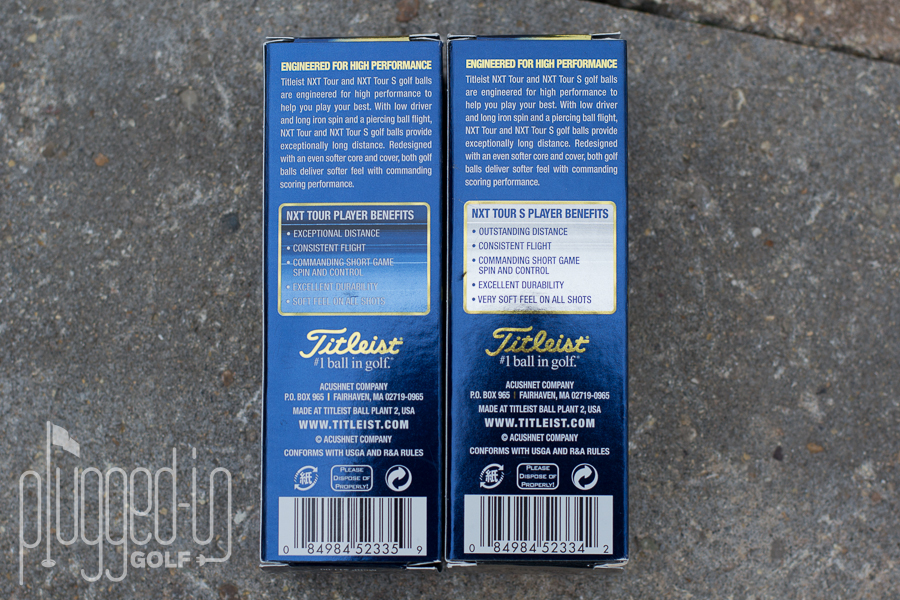 Titleist made a pair of arguably some of the most wide-reaching golf balls on the market in the NXT Tour and Tour S.  The price is affordable which makes it an option for more people but the high performance of the ball makes it more appealing to someone that maybe be currently paying more for a high end golf ball.  You don’t have to be an elite golf player to realize the benefits of the NXT Tour and Tour S, but an elite golfer could potentially find these balls to be good enough for their game.

It should come as a shock to no one that Titleist makes a good golf ball.  This is a process they have mastered over the years and they are able to implement high standards and processes to develop their entire range of golf balls.  The NXT Tour and NXT Tour S are far and away my preferred mid-level golf ball, and the lower price tag makes them more appealing to me when it’s time to restock.  Price aside, the NXT Tour and Tour S had the on-course performance which is what counts the most and I would feel totally confident playing an important match with a box of these balls in bag.