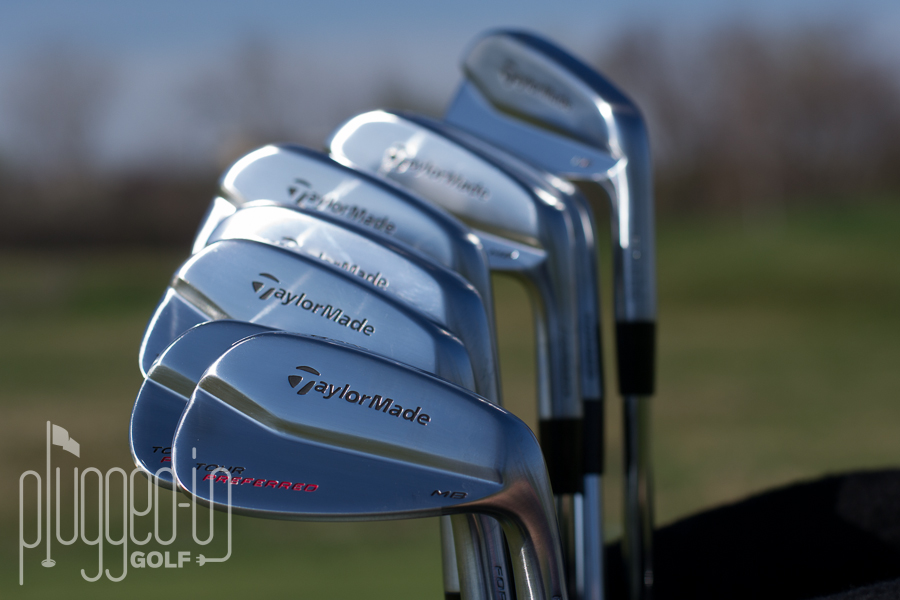 The TaylorMade Tour Preferred MB is the best looking TaylorMade iron in quite some time.  True blade.  Players only. 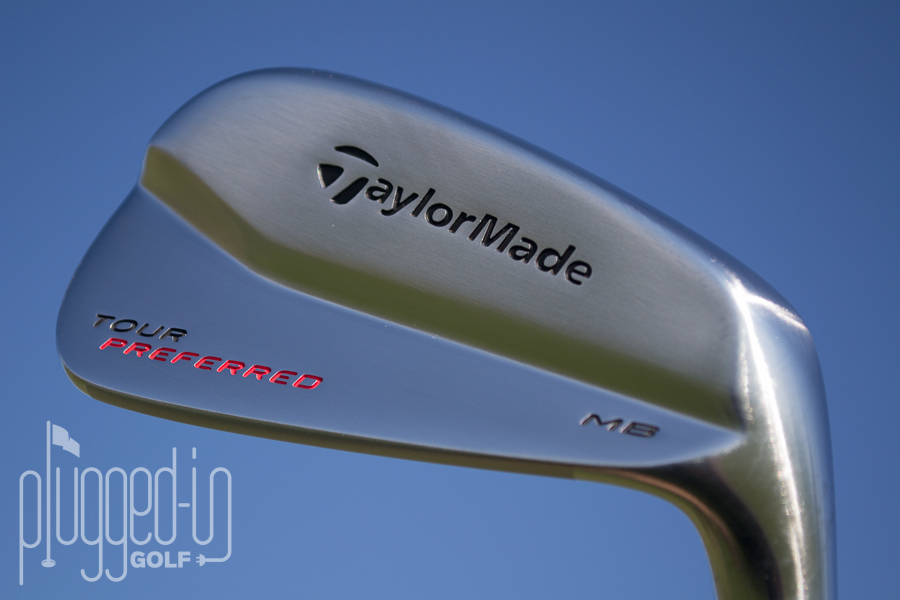 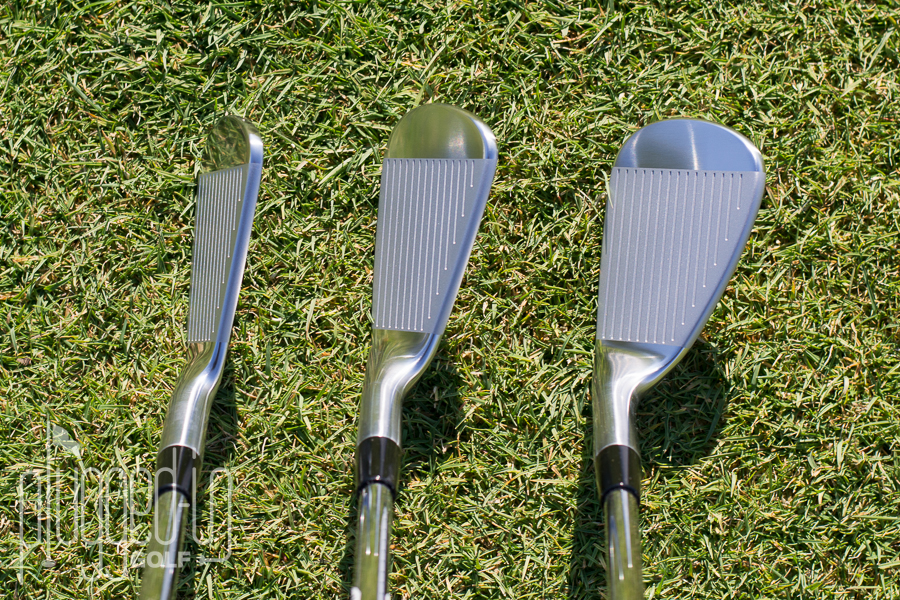 The new TaylorMade TP MB’s are a pure blade and look every bit of it.  They have brushed chrome finish with  nice thin topline and sole.  If you’re looking for that player’s club appearance, this is club is every bit of that.  It has a very minimal basic look and is certainly a sharp looking golf club. 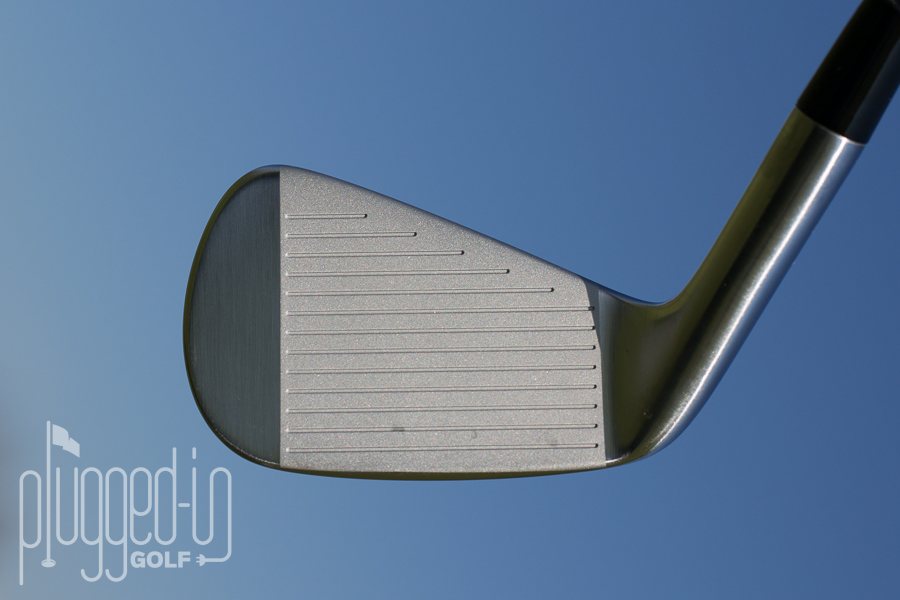 At first strike of a golf ball, I immediately noticed the TaylorMade Tour Preferred MB’s had a very signature “old school” whack that some of us may remember from blades made pre-1996.  The sound of these irons helps the TP MB’s maintain that classic traditional theme consistent with their looks.

The feel on the Tour Preferred MB is a little bit firmer than I would expect from a modern day forged carbon blades.  This leads to a fairly responsive club, but a bit more sting on mishits.  That said, the sweet spot is not pea sized – there’s a good hitting area on the face of the club.  Still, you better be precise with the TaylorMade Tour Preferred MB’s because heel and toe shots are going to haunt you. 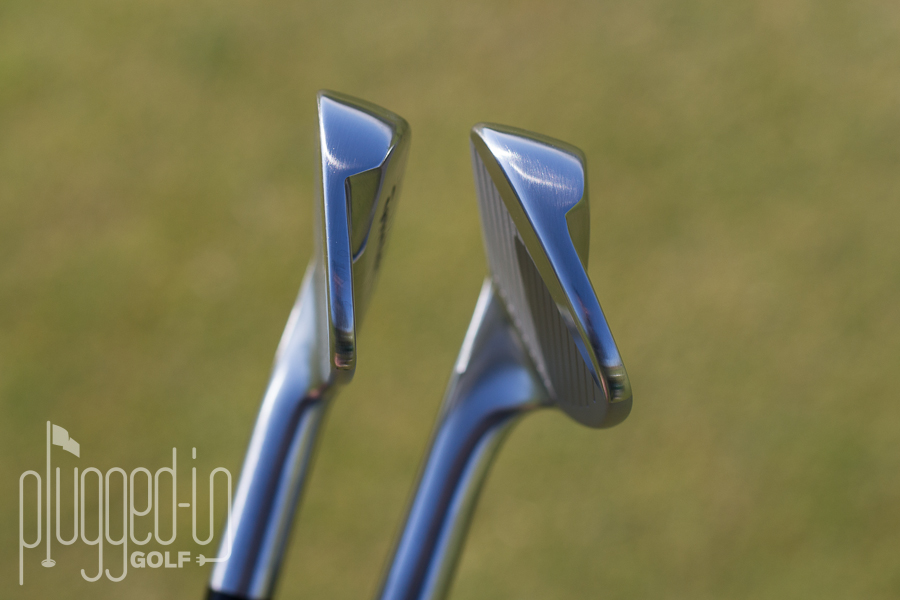 Compared to my current set of irons, I actually lost a little bit of distance with the TaylorMade Tour Preferred MB’s and had a little bit of a higher launch as well.  This may be from the stock KBS Tour shafts that I am generally not too comfortable with.  The KBS shafts and I have just never gotten along well.  The TP MB’s are still very easy to manipulate your shot shapes with and perform the way you’d expect a true classic blade to perform. 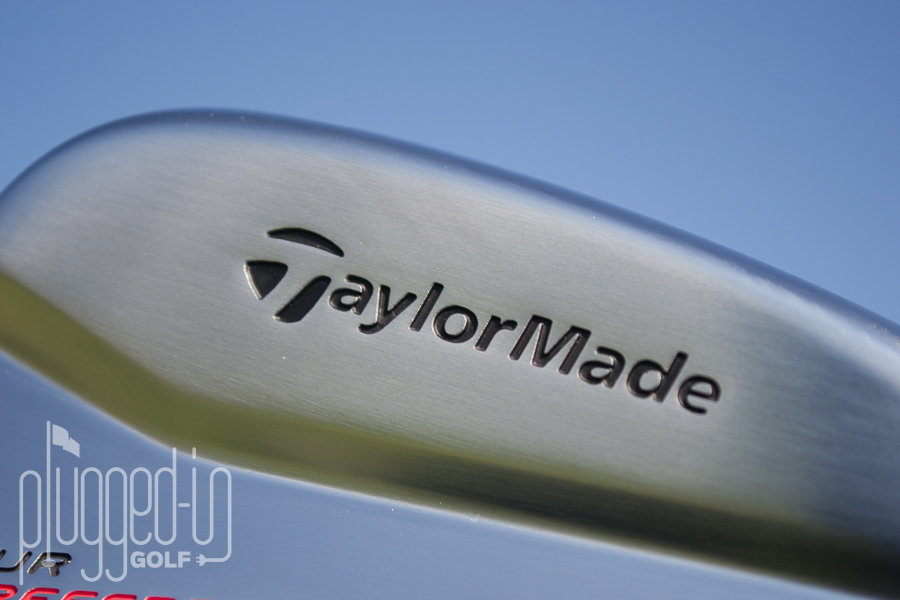 Classic blade irons are not for the golfer that is faint of heart.  These TaylorMade Tour Preferred MB’s are arguably my favorite TaylorMade irons since 2009 and are a nice throwback to a traditional blade that has been rare from the major manufacturers in recent years.  The TP MB’s are a tough, unforgiving animal, but if you are a big TaylorMade fan and have the cash and game to contain the beast, these clubs are going to be something that you will want to check out this season.