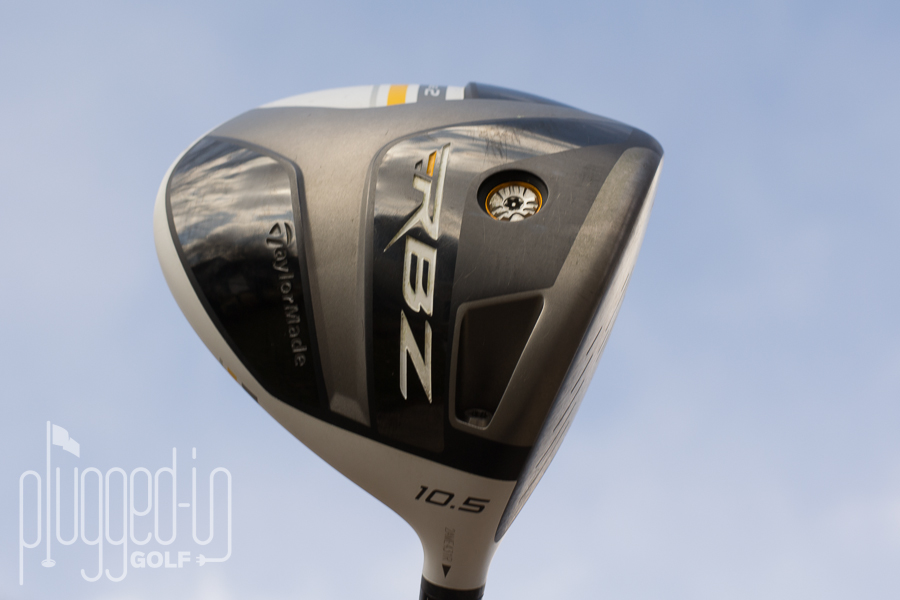 Solid and bold.  A true statement on the course or range. 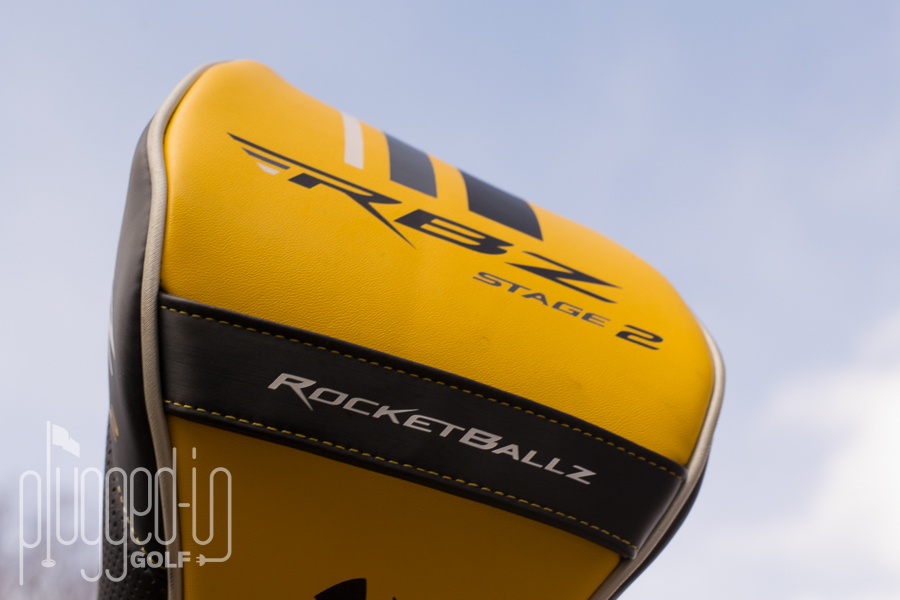 The story of 2012 was the Taylormade Rocketballz line.  Wow, you couldn’t go anywhere in the golf world without hearing people asking or talking about the Rocketballz woods.  The biggest problem when you deliver a product line like that is that you have to follow it up with something better.  Well Taylormade tried to do just that with the new Rocketballz Stage 2 line which is billed as “Rocketballz-ier.” 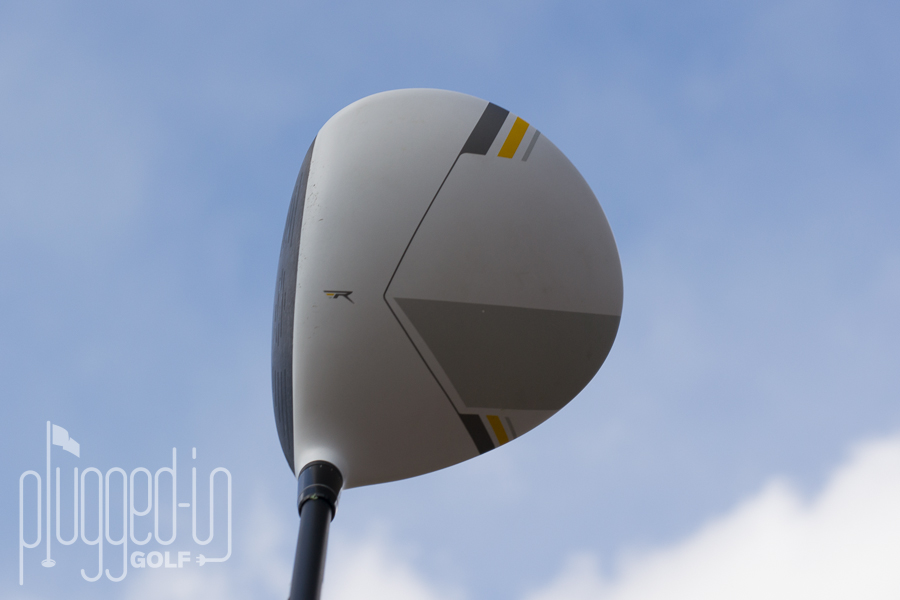 Sticking with Taylormade’s new theme of matte white woods, the most noticeable update in the Rocketballz Stage 2 driver is the loud graphics on the crown which may be difficult for some to get used to.  The head shape is generally the same as the original Rocketballz, but there is an updated color scheme to accompany the new design on the crown which is supposed to make it easier for the golfer to get the club lined up on every shot.  The new color scheme substituted the neon green for a racing yellow which gives the always-cool color combo of yellow and black. 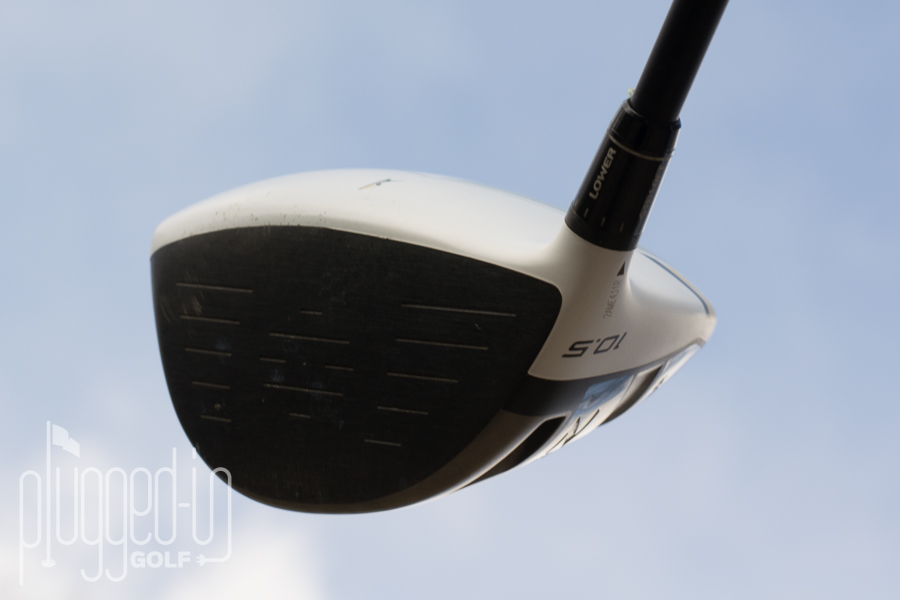 Not only is the appearance of the Rocketballz Stage 2 a statement, but the sound is as well.  When you really rip into a shot, there’s no mistaking it.  The sound is a very thunderous smack and really lets you know that may have just cracked at least one of the layers of the ball.

With that explosive sound, you’re going to find a matching explosive feel.  The club face feels very solid and it feels like the ball just rockets off the face at impact.  (That pun even hurt me).  It’s almost disappointing to hit this club because every shot feels like it’s going 345 yards and piercing through the air, but then you realize your swing still wasn’t good enough to produce that kind of shot regardless of how it felt. 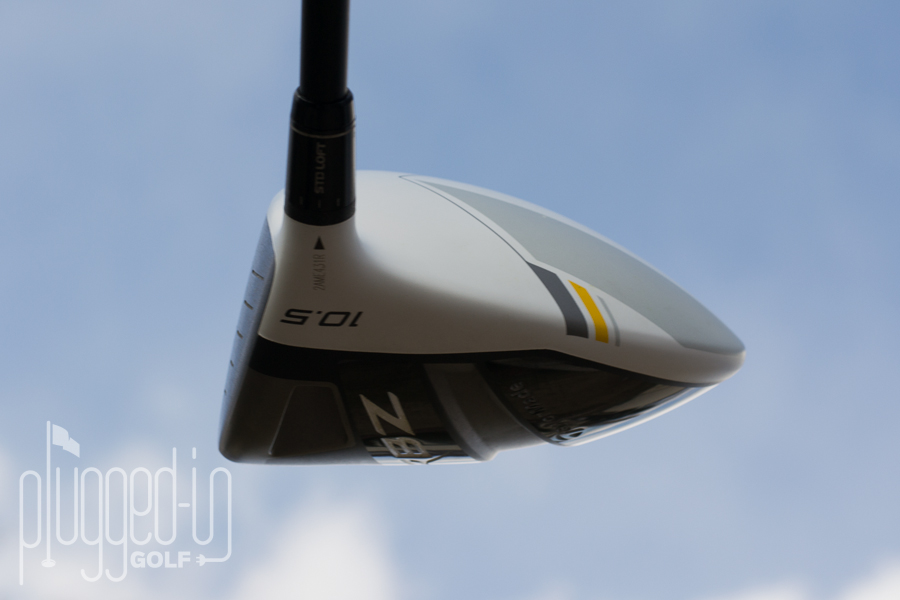 It took me a little bit to get used to the Fujikura RocketFuel shaft in the Rocketballz Stage 2 which felt pretty stout compared to my real-deal Fuel.  Once I got through the adjustment period, I was able to hit some pretty booming shots.  I wouldn’t feel comfortable telling you that the ball was ballooning whatsoever, but I wasn’t getting piercing trajectories either.  I was seeing pretty good carry (about 275 yards on average) and had a nice roll out of about 25 to 30 yards.  I wasn’t quite find all the extra length promised in the Taylormade marketing, which was expected, but I was still hitting this club plenty long.

The biggest difference between the Stage 2 and the original RBZ seems to be the improved aerodynamics which reduced drag to increase club speed, resulting in more distance.

The Stage 2 also has an updated adjustability component.  Previously, the shaft sleeve only allowed you an upright and standard lie setting, and then club face positions.  In the new sleeve, you get 7 different standard and 5 different upright loft options.  Taylormade explains this on their site: 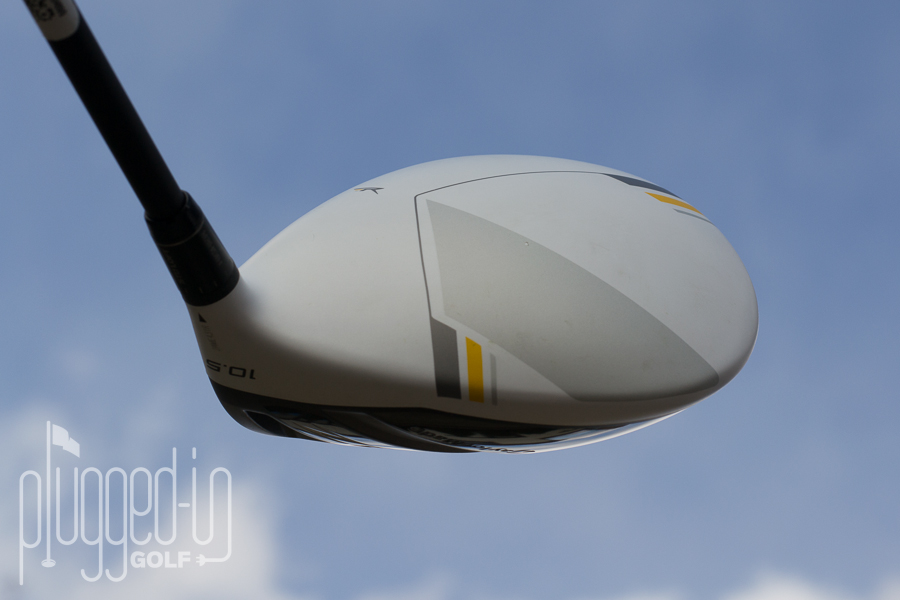 If you’re ready to really go out and make a statement on the golf course, the Rocketballz Stage 2 driver is exactly what you’re looking for.  This club has the long drives in it that everyone is looking for and updated adjustability making it more user friendly than previous Taylormade drivers.  For the Taylormade lifers, the Rocketballz Stage 2 will not be a great departure from the all characteristics you’ve loved in your old Taylormade drivers so consider this as a great upgrade option when you’re ready to pick up your next driver. 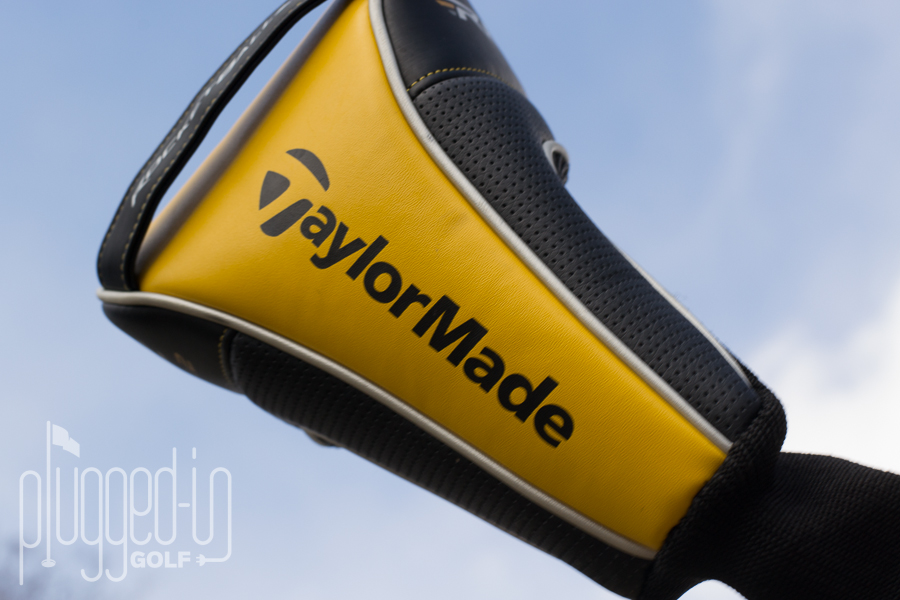 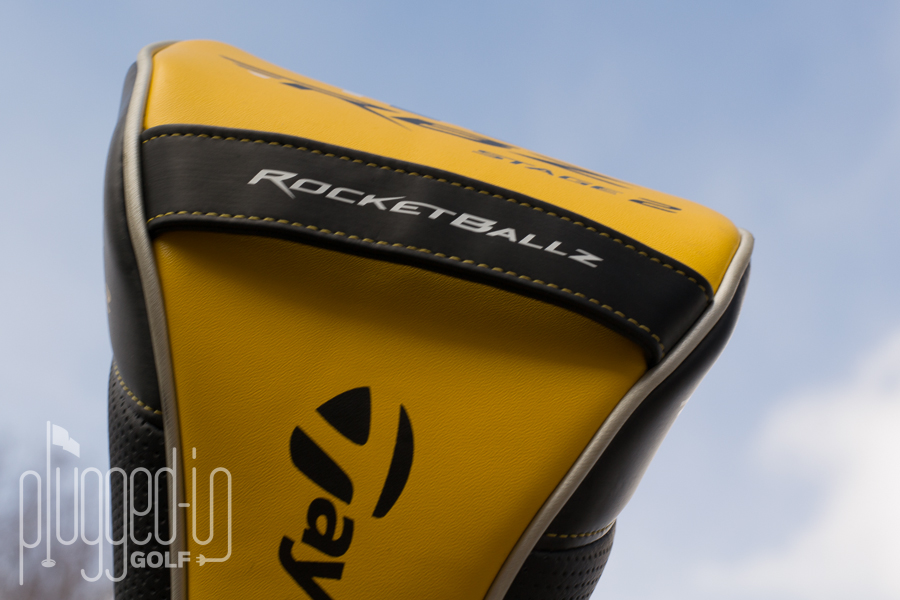 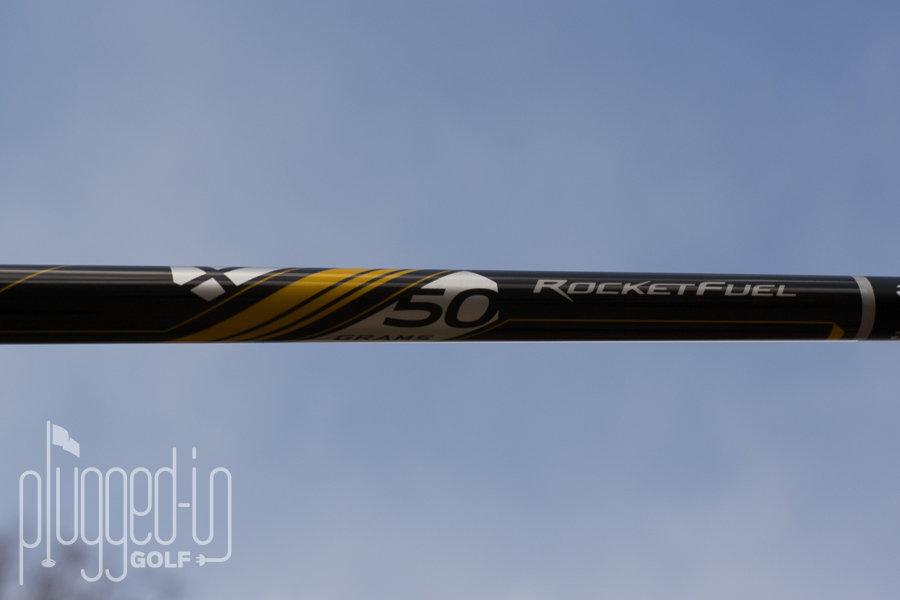 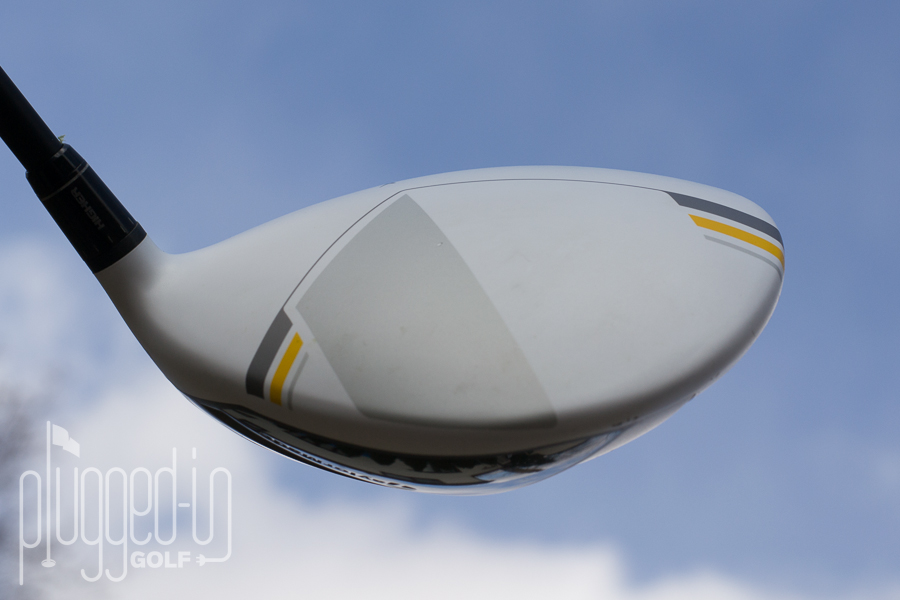