The TaylorMade M CGB irons are engineered for maximum distance, high trajectory, and extreme forgiveness for the higher handicap players. 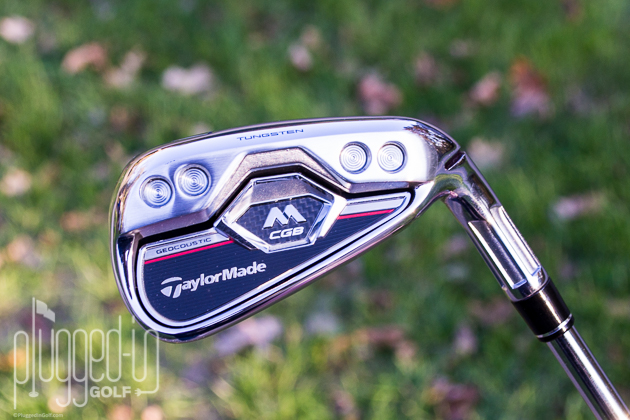 Let’s not pull any punches here.  The TaylorMade M CGB is tank of an iron, but that’s true in every sense of the word.  TaylorMade set out to combine all of their latest technologies to create their longest and most forgiving irons to date.  Geared toward higher handicap players, I worked with additional testers to put the M CGB through its paces to see how well it gets the job done. 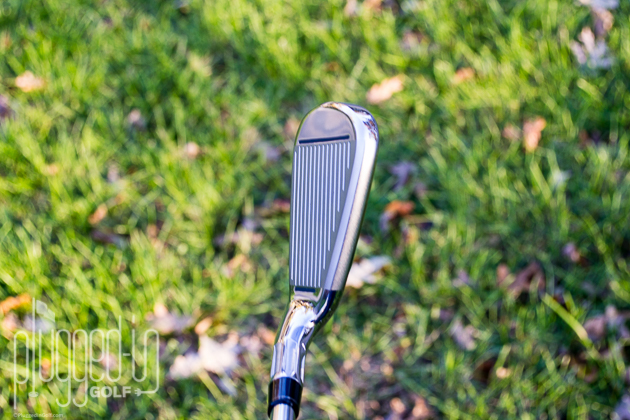 At address, the toplines are thick, and there’s plenty of offset.  Looking down at the face you’ll notice the TaylorMade face slots.  The cavity shows a meaty sole with tungsten weighting used to control the CG. 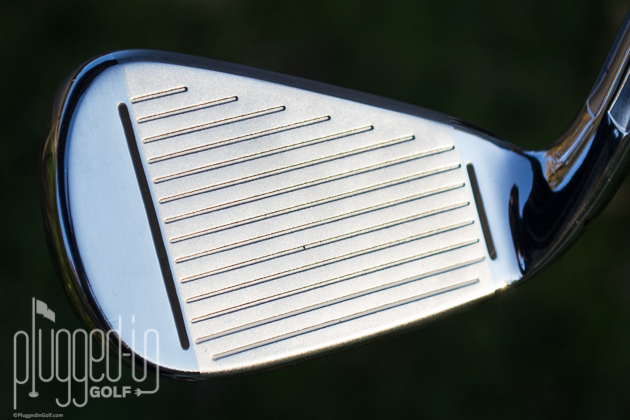 There’s quite a bit going on with the TaylorMade M CGB irons.  Typically when that’s the case, companies need to put a heavy focus on tuning the sound and feel to make it acceptable.  TaylorMade accomplished this through Geocoustic engineering.  What does that mean?  TaylorMade featured an “advanced Hybrar damper and 3D sound-managing badge” which dampens the sound and softens the feel for better playability.

Without a doubt, the M CGB irons are in the top five of most forgiving irons I’ve ever encountered.  The overwhelming consensus was that it felt like every shot jumped off the face, and you had to work really hard to have a bad feeling shot.  I would say the M CGB does lack in face response, but given the speed across the face that’s far from a deal breaker.  The sound has a combination of “slap” and “pop” to it which is not uncommon for irons in this category.  The important part is that the sound reassures you that you just made good contact.  A well struck shot makes a nice “thump” through the turf.  A thinner shot will have more of “whip-crack” as it interacts with the turf.

A large element of the TalyorMade M CGB’s performance comes from its feel.  The forgiving, active face made the players confident they could beat the living daylights out of the ball.  Mix that confidence with technology like the Speed Pocket and Face Slots to raise the MOI and you’ll see results.  The M CGB has an ultra thin face on top of all those features to elevate the ball speed, which equals more distance.

Forgiveness is the key performance factor with the TaylorMade M CGB irons.  None of the players that tested the M CGB are going to have Tiger Woods dime sized wear spots on their iron faces.  For these players, an iron that maintains speed across the face is crucial.  With the M CGB, each player noticed consistency regardless of where they hit the ball.  The M CGB enabled players to hit good shots with plenty of distance without being dead on the screws every time. 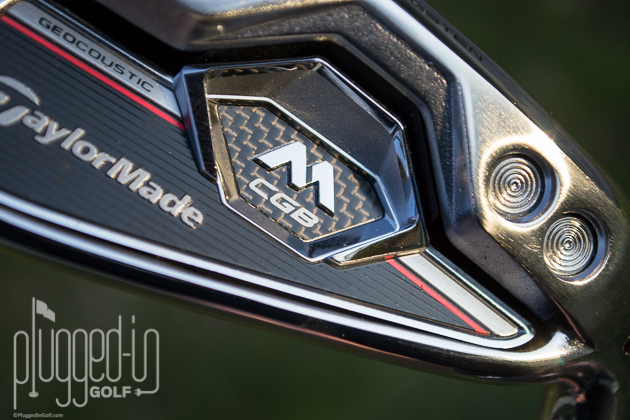 I’ve been told “don’t judge a book by its cover” thousands of times in my life.  I’m willing to admit that I’m terrible about doing it.  Doing so with the TaylorMade M CGB irons was a big mistake.  The M CGB irons are some of the most forgiving and easy to hit irons I’ve ever experienced in golf, and that’s not hyperbole.  TaylorMade threw the kitchen sink at the M CGB irons to create one of the best high-handicap irons ever. 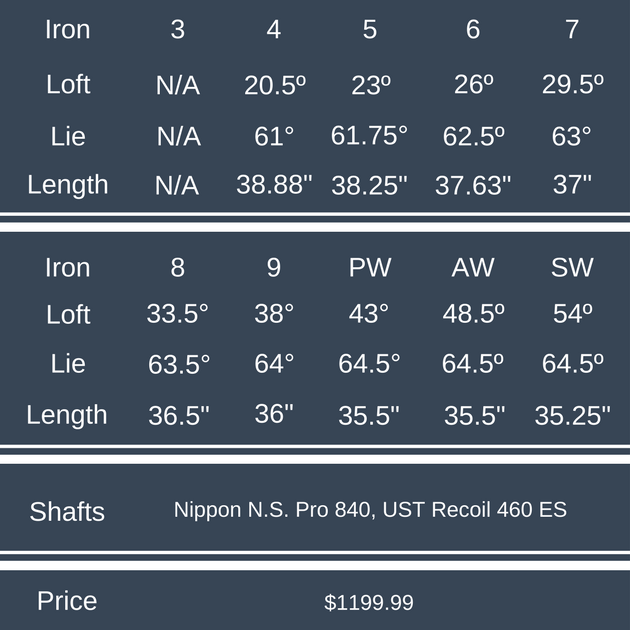