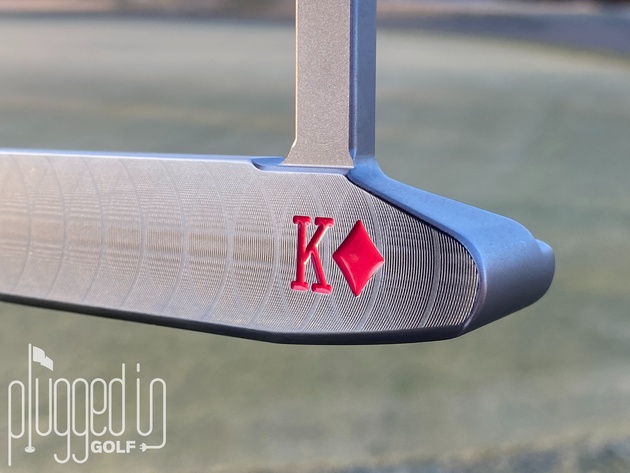 The SWAG Golf King of Diamonds putter is a limited edition piece in honor of their 3rd anniversary.  Available in Handsome One and Handsome Too head shapes.  The most stunning sole I’ve ever seen on a putter. 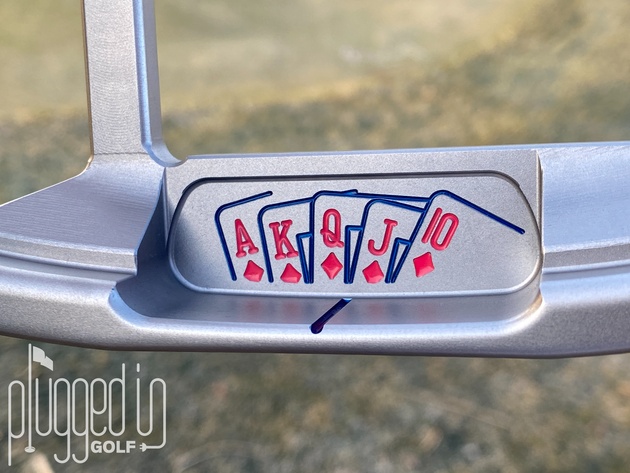 Regular readers know that I’m a huge fan of SWAG Golf because they push everything they do to the very highest level.  That can sound like empty, cliched praise, but the new King of Diamonds putter allows me to put some numbers to it.  Most milled putters are made in about 40 minutes.  The King of Diamonds takes 83 minutes…just to engrave the sole!  Let’s take a closer look at this beautiful limited release. 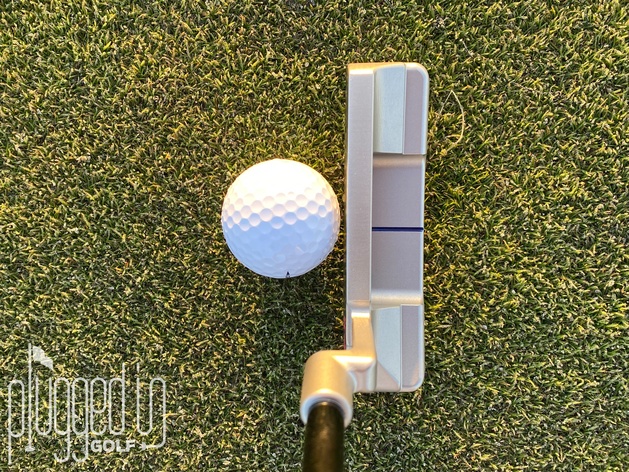 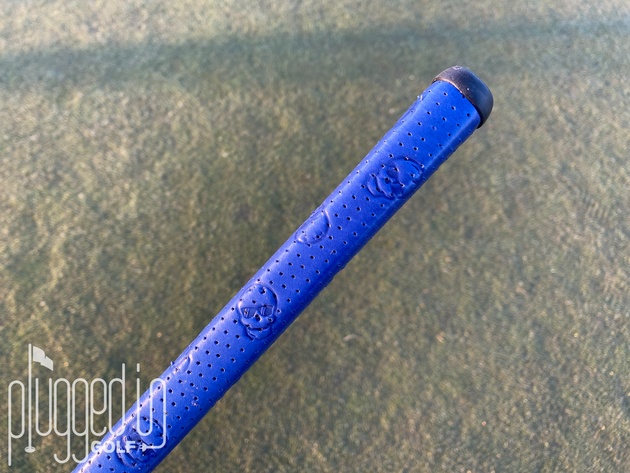 Let’s get into what makes the King of Diamonds putter special, working from “That’s cool” to (speechless).  This starts with the grip.  Each putter gets a blue cabretta leather grip with a dozen SWAG skulls.  This Gripmaster grip feels like a midsize and is definitely larger than the grips they employed for earlier releases. 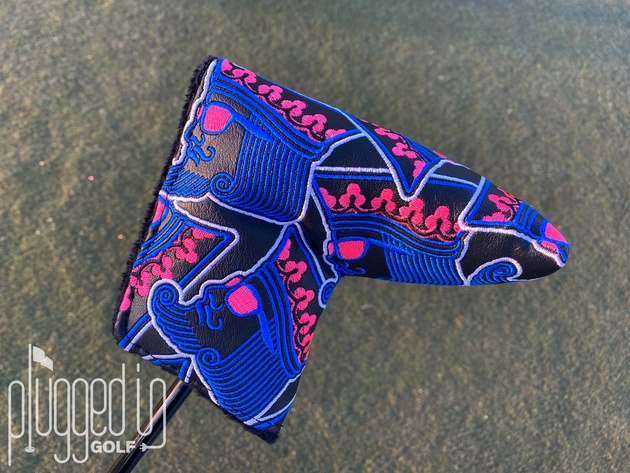 Next is SWAG’s calling card – the headcover.  The Stacked King of Diamonds cover is sure to become a must have among collectors.  It’s also the first SWAG cover (at least to my knowledge) without any SWAG branding on the outside.  As usual, the design and stitch count are leaps and bounds beyond what any other manufacturer is doing.  And if you keep up with the industry news, that gap is only going to get wider [learn more HERE]. 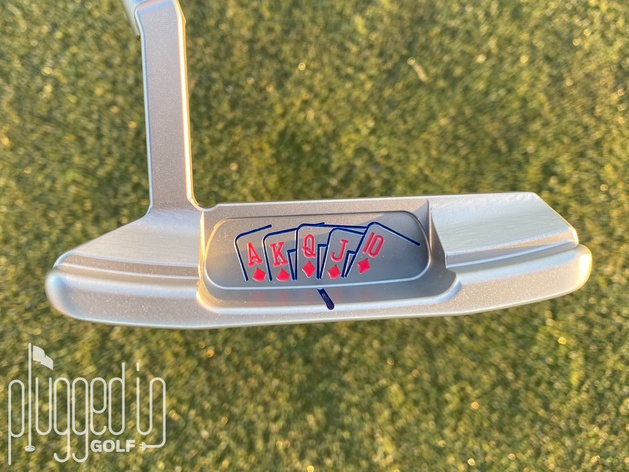 Now to the putter head.  The face is adorned with a simple, clean King of Diamonds emblem.  You don’t need much more on the face when it already has a beautiful milling pattern.  The cavity has a bit more flash, displaying a royal flush in diamonds. 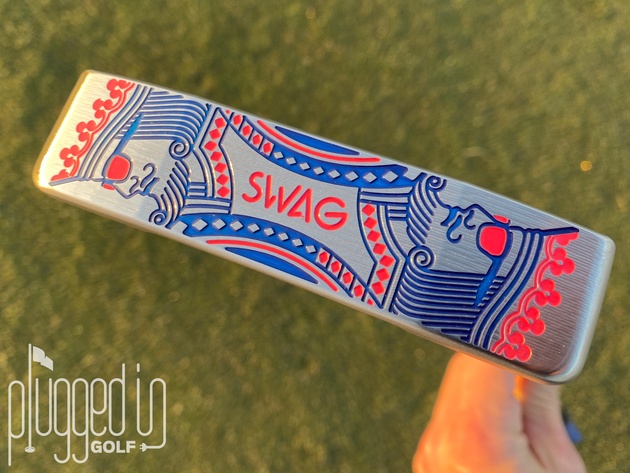 Now the showstopper: the sole.  This is, without question, the most beautiful sole I’ve ever seen on a putter.  The intricacy of the engraving has to be seen in person to be fully appreciated.  Not only is the engraving beautiful, the paint fill is flawless.  As I mentioned earlier, engraving the sole alone takes 83 minutes, and I’m certain the paint fill requires a substantial investment of time, too.  If you are lucky enough to score the King of Diamonds, it will immediately become the centerpiece of your putter collection. 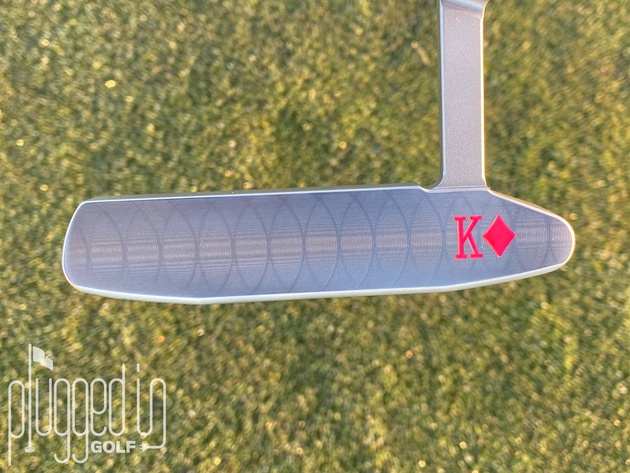 The King of Diamonds Handsome Too feels every bit as good as my Handsome Too gamer.  With a premium golf ball, impact feels crisp but soft.  I’ve noticed that my SWAG putters are some of the most sensitive to difference in golf balls, so you can choose a softer or firmer feeling based on the ball you play.

Feedback through the hands is exceptionally precise.  I’ve yet to hit a putt that felt bad, but I could always tell exactly where the ball met the face.  The impact sound only changes on substantial mishits. 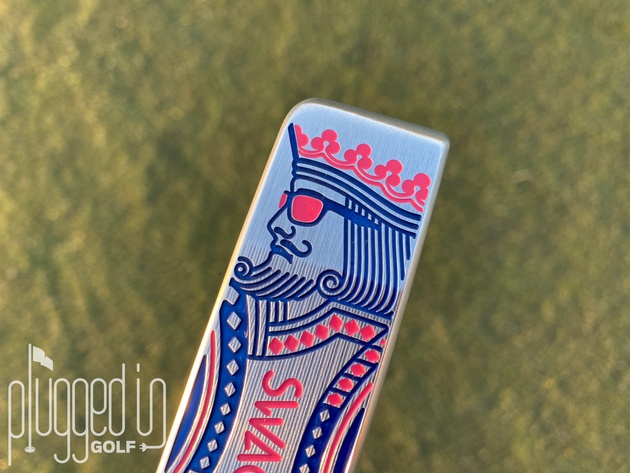 Let’s get this out of the way now and preempt a lot of “clever” comments: the King of Diamonds is not functionally different than the standard Handsome One or Handsome Too.  Which is to say, it’s only the best version of the Anser One or Anser Two that I’ve ever used.  If you want the most performance per dollar, grab one of SWAG’s standard retail putters HERE. 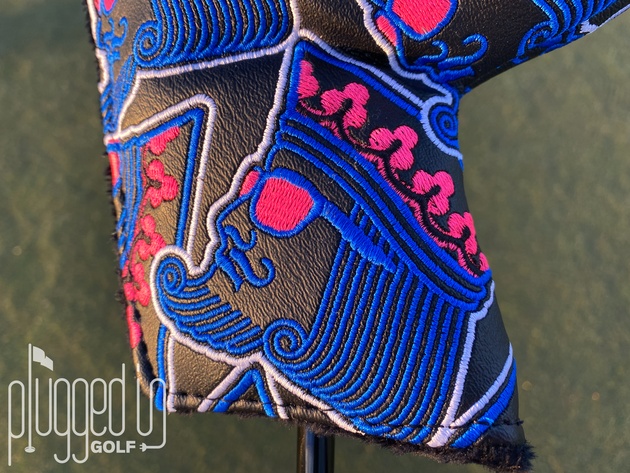 Back to the King.  Both versions of the King of Diamonds feature a plumbers neck and approximately 45 degree/4:30 toe hang.  This makes the putter ideal for the player with a moderate arc in their stroke.  By virtue of being the middle of the spectrum, it can work for players with strong or slight arcs, too.  All King of Diamonds putters have a sight line.

Is the King of Diamonds going to make you a better putter?  Insofar as putting is largely mental, maybe.  Speaking only for myself, I like having an awesome putter.  It makes me feel more confident, and it puts a little…there’s just no other word for it…swagger in my step.  I can’t help smiling every time I take the King out of his headcover, and a happy golfer is a better golfer. 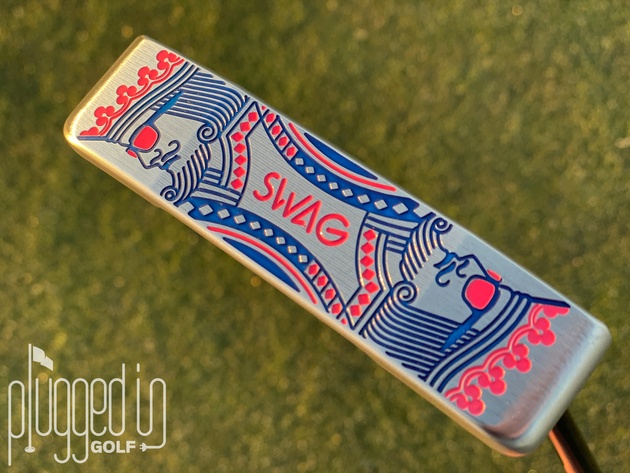 So, how can you get your hands on the SWAG King of Diamonds?  This putter will be released during their April 1 Anniversary Release which happens at midnight (to be clear, that refers to the very first moment of April 1, not the end of the day on April 1).  Quantities are very limited, so you’ll need to be quick, but I promise it will be worth the effort.

If you can’t stay up that late or you’re not quick enough on the keyboard, be sure to keep an eye on our Instagram account (HERE) this week.  We have something very special planned.