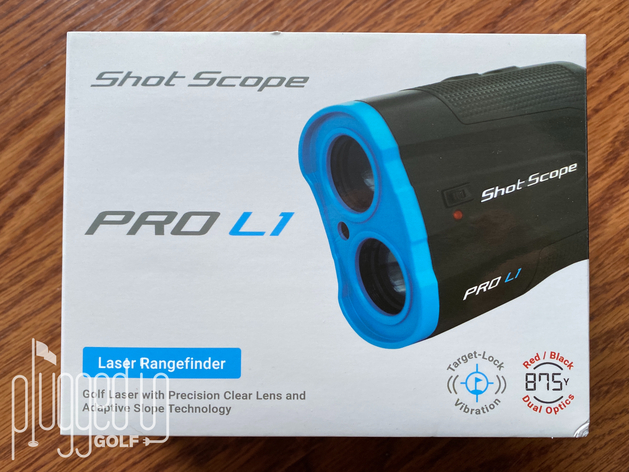 The Shot Scope PRO L1 laser rangefinder enters the market as the best value there is.  For $200, it has every major feature you’d want plus outstanding accuracy. 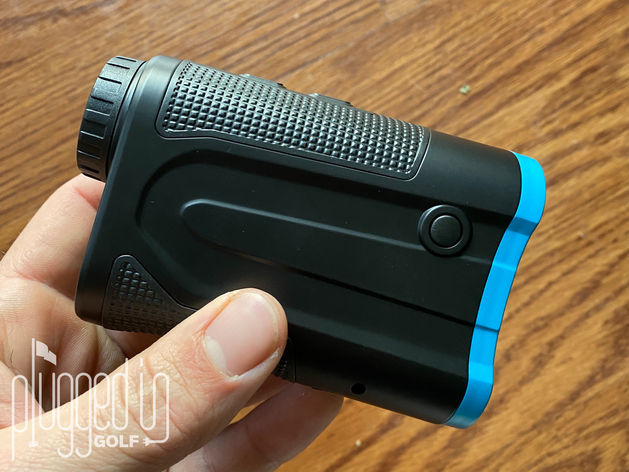 What do you do when you’ve become the leader in your chosen category?  If you’re Shot Scope, you seek out a new category to lead.

While the Shot Scope V3 [review HERE], remains the company’s flagship product, they’ve expanded their line in 2021 to include the PRO L1 laser rangefinder.  I tested one to see if it could meet the lofty standards set by their shot tracking devices. 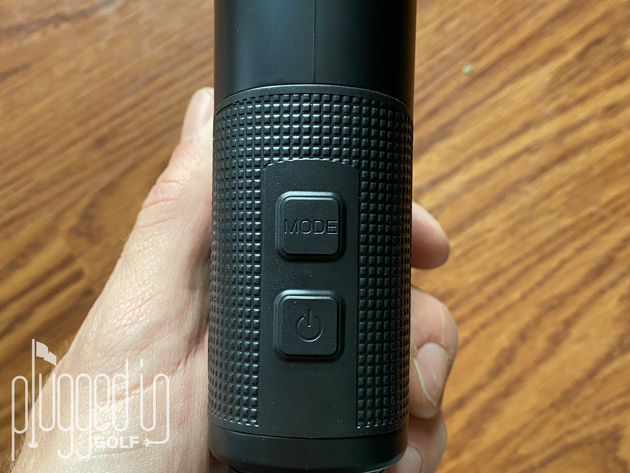 Like most modern rangefinders, the Shot Scope PRO L1 starts working the moment you install the (included) battery.  One press of the power button brings up the aiming crosshairs, another press gives you the distance.

In addition to the power button, the PRO L1 has a switch that activates the slope feature, a Mode button, and a separate button to change the optics from red to black.  Having designated buttons for each features makes using the PRO L1 much easier to use.  Trying to navigate menus on the viewfinder with only one or two buttons can be a nightmare. 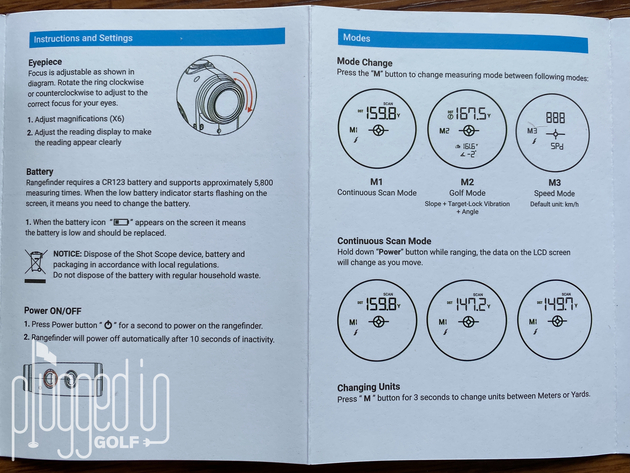 I also want to give credit to Shot Scope for the excellent instruction manual that’s included with the PRO L1.  Many companies are going toward online manuals which are a hassle.  This simple foldout explains every mode and button on the PRO L1 so that you can get the most out of it even if this is your first experience with a rangefinder. 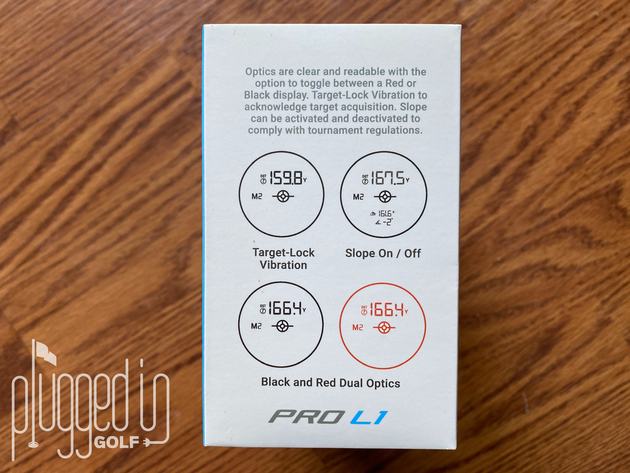 With a $200 price tag, you might think that the Shot Scope PRO L1 is light on features.  You’d be wrong.  The PRO L1 has literally every important feature that a rangefinder can have.  For $200.

Let’s start with slope.  With the flip of a switch, the PRO L1 can change from a tournament-legal rangefinder to one that adjust your yardage for the change in elevation.  The display is well organized and shows both the adjusted and raw yardages.

Next, the PRO L1 has both red and black optics.  If you’ve never used a rangefinder with both, trust me when I say that it’s a gamechanger.  In bright situations, black is absolutely the way to go.  At dawn or dusk, it’s much easier to see the red.  You can switch from one to the other with the push of a button. 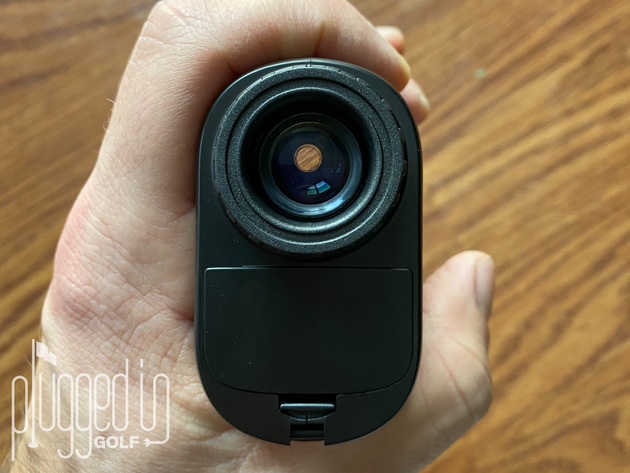 Shot Scope has loaded the PRO L1 with three modes.  M1 is Continuous Scan Mode, which is great if you’re surveying a lay up area.  M2, Golf Mode, is the one you’ll be in most of the time.  This mode locks onto the flag and vibrates when it does so.  M3 is Speed Mode, which doesn’t have any practical golf applications.  Changing modes requires only a push of the Mode button.

You may wonder if the PRO L1 sacrifices accuracy.  It does not.  I tested it against rangefinders that are twice the price, and it was consistently within half of a yard.  The only negative is that it’s a bit slower than some more expensive models, but we’re talking about the difference between one full second and a half second.

Finally, it’s worth noting that the PRO L1 is about 20% lighter than other rangefinders, but is comparable in size.  In my hand, it actually feels a little larger, though it has the same silhouette as my previous rangefinder.  I prefer this profile to the super compact lasers because my fingers aren’t cramped trying to access the buttons. 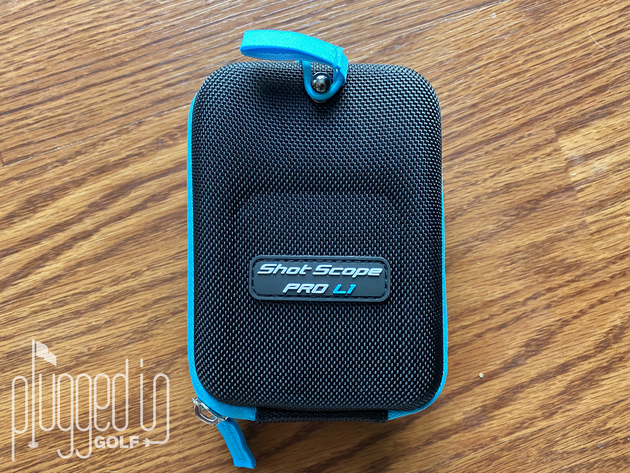 Hopefully it’s clear by now that I think the Shot Scope PRO L1 is a fantastic value.  At $199, it costs half (or less) than comparable Bushnell models, and it has features that some of them don’t.

In addition to the rangefinder, you also get an excellent carrying case that you can attach to the outside of your golf bag for easier access. 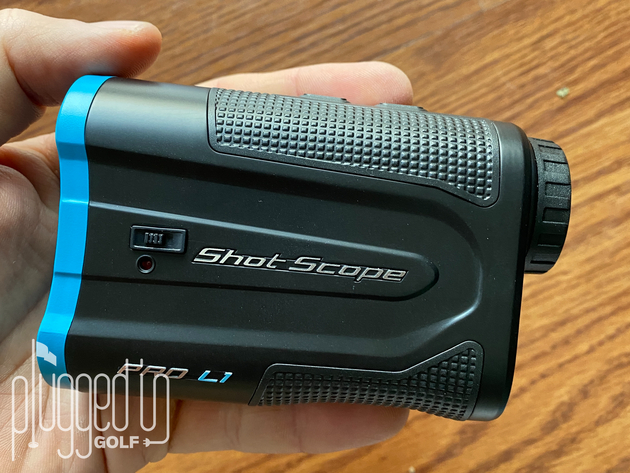 The Shot Scope PRO L1 rangefinder has every feature that I would want in a rangefinder at a price which is half that of the top selling laser.  If you want to add a rangefinder to your kit for 2021, this is the one I would recommend that you pick up.