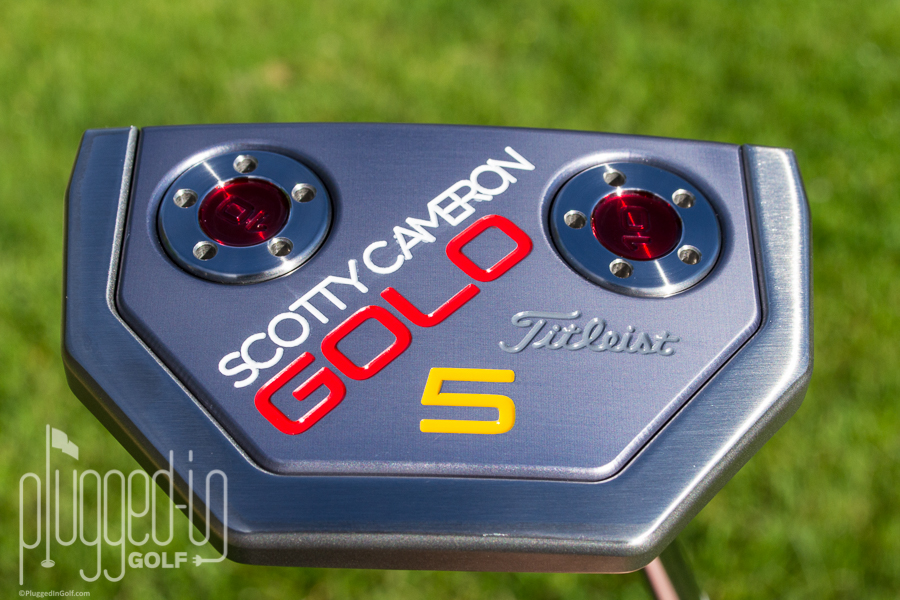 The Scotty Cameron GOLO 5 has a well executed modern look and the performance to match.  Consistent with what you’d expect from the Cameron brand. 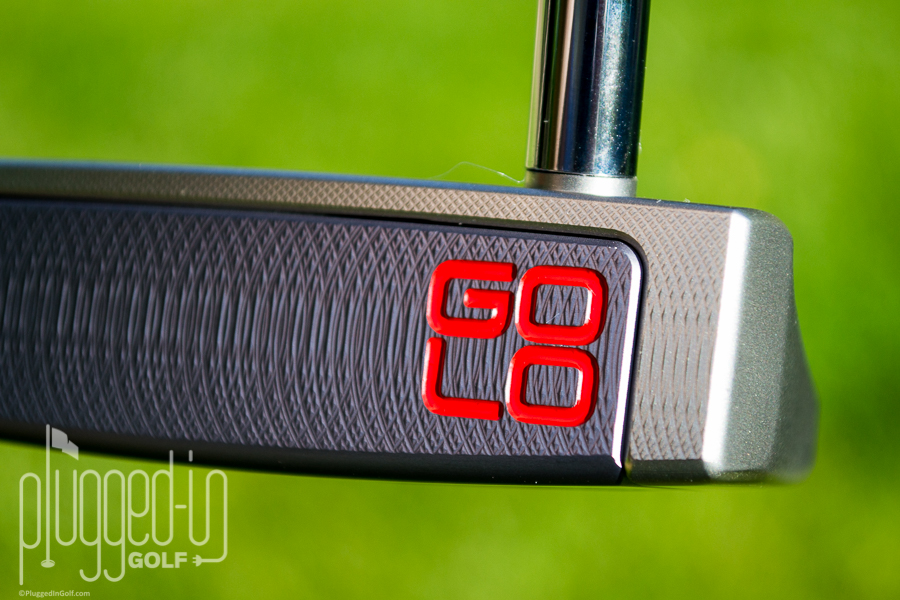 One of the major criticisms of Scotty Cameron over the years has been that he lacks original designs.  While it’s true that Scotty has experienced success with classic designs that he openly admits are inspired by Karsten Solheim, Cameron deserves credit for making great looking putters that are well made and high performing.  In 2012, Cameron introduced the GOLO putter line and has rolled out new models regularly.  2015 introduced a new approach in construction – a two-piece putter with a chassis and second a piece that makes up the face, sole plate, and alignment aid on the flange.  Previously, Cameron had used large sole plates for weight or ones that served as the flange like in the Futura X5, but this is the first time all of this would be rolled into a streamlined package.  We put the GOLO 5 to the test to see how this new concept would perform. 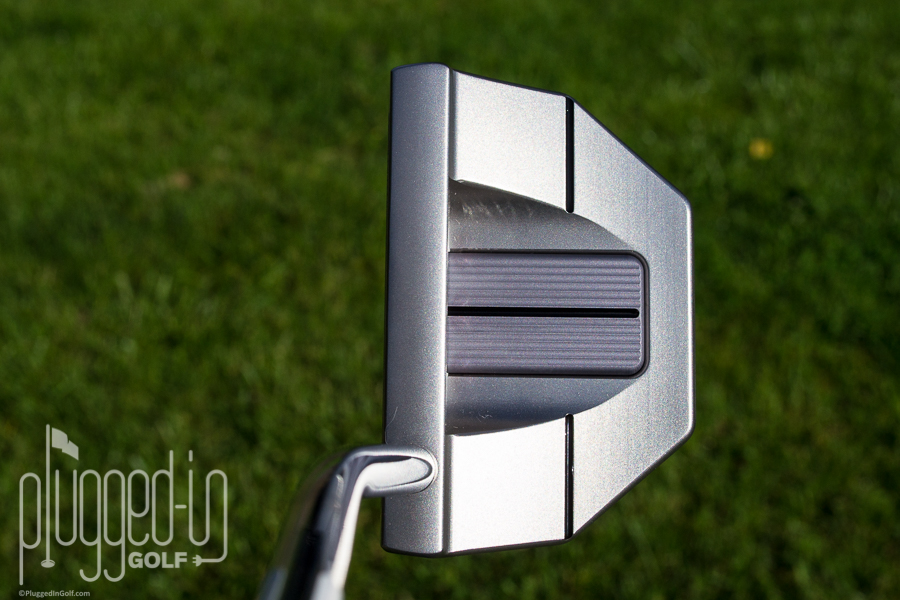 Long story short, I really like the look of Scotty Cameron GOLO 5 as far as mallet putters are concerned.  At address, the putter has enough size to give you confidence and frame the ball up nicely which is also helped by the various alignment lines.  The additional lines running parallel to the topline and the pop-through site line on the flange create enough symmetrical visuals to put the putter square to your target without being distracting.  The more linear shape of the putter also helps square up your shot more as well as keep your stroke controlled if you’re someone like me that tends to accidentally watch the putter on the back swing.

The 303 stainless frame has an anti-glare finish and the anodized grey body creates a nice visual contrast without being distracting or looking gaudy.  The branding and weights on the sole completes the mechanical look of the putter to put together an aesthetically pleasing package. 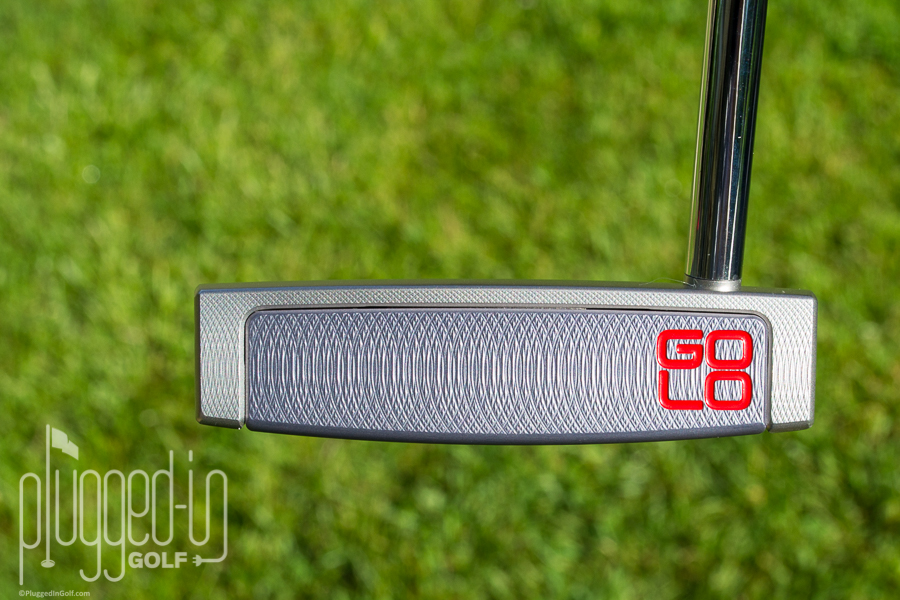 The 2015 Scotty Cameron GOLO 5 doesn’t have a deep mill, but it certainly has a well-defined face milling.  The deeper mill Cameron used to use gave a softer, almost dead, sound and feel whereas the lighter milling is more responsive in terms of feel and has a more definitive click.  Personally, I would say the face milling paired with the two-piece aluminum construction makes for a sensation right between the two extremes.  The sound is a quiet but distinct thud and the feel is a little dead.  I don’t lose the feel of the ball as much as I do with most deeper milled putters, but it certainly doesn’t have that “click” feedback to its feel.  Fortunately, the GOLO 5 is forgiving so you don’t get punished for those shots where you aren’t sure if they hit the sweet spot or not. 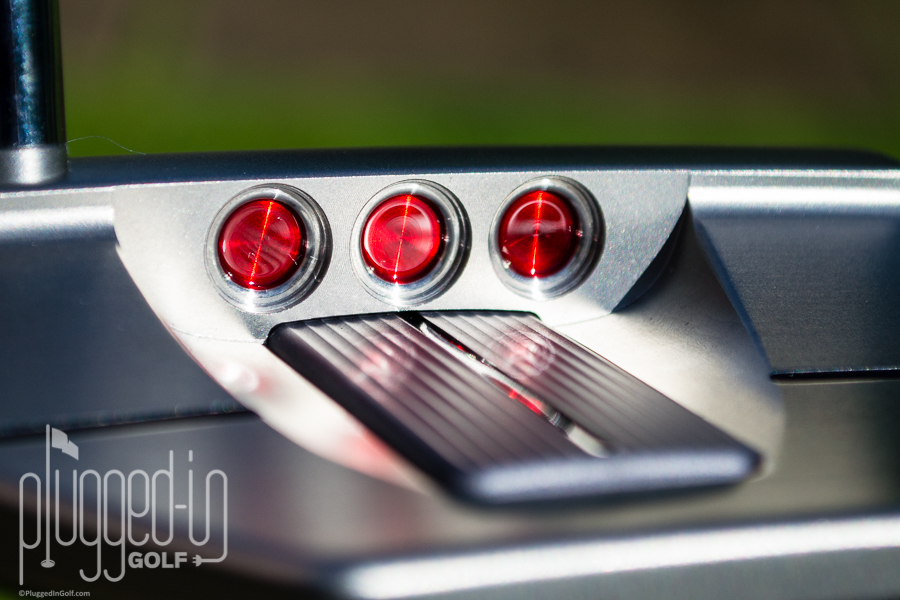 I really like how the Scotty Cameron GOLO 5 looks, I’m good with how it sounds, and am slightly indifferent with how it feels, but at the end of the day it’s all in how a putter performs.  I tried every single one of the new 2015 GOLO’s on the practice green with varying degrees of success, and the GOLO 5 was the last one I picked up.  There was an immediate chemistry for me, and I was rolling the ball great.

I don’t know if it was the size of the putter, the somewhat larger Matador grip, or the “advanced perimeter weighting” that Cameron claims raises the MOI, but the putter is extremely well balanced and has great stability throughout the stroke.  Controlling the back swing and follow through was extremely easy which gave me better distance control from all ranges.  The ball came off the aluminum face nicely with minimal skid and a good roll.  A nice added bonus was that there was very little performance degradation across the face except for extreme toe and heel mishits. 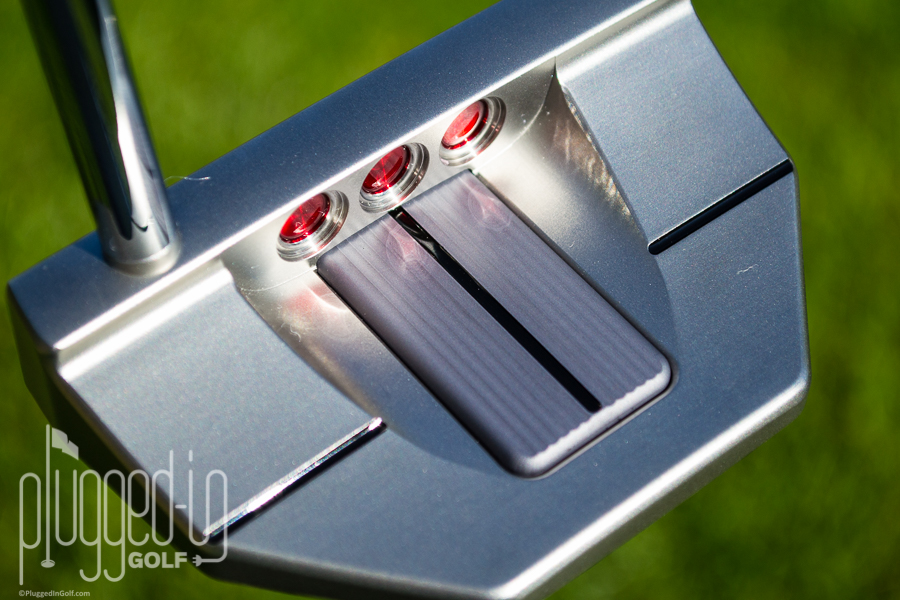 Coming in to the 2015 season, I thought the Futura X5R had the best chance of any Scotty Cameron putter finding its way into my bag.  After spending time with the 2015 GOLO 5, I would have to tell you that I think I’m just a flat out better putter with this club, and it’s making a strong case for seeing some game time.  As an amateur golfer, distance control is often one of the biggest struggles with putting, and I felt the GOLO 5 really served me well in this area.  At the end of the day, aside from the GOLO 5 being a tool of the trade, it’s a flat out cool putter that’s worth checking out if you’re considering a mallet for you next flat stick.