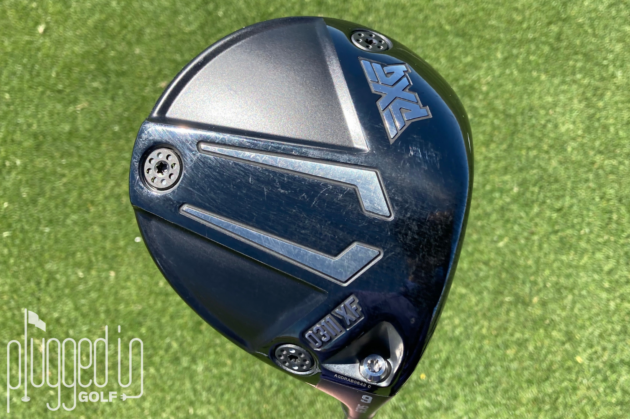 The PXG 0311 XF GEN5 is significantly better than the driver that came before.  The most forgiving of the two new offerings.  Will it help PXG finally earn some respect in the category? 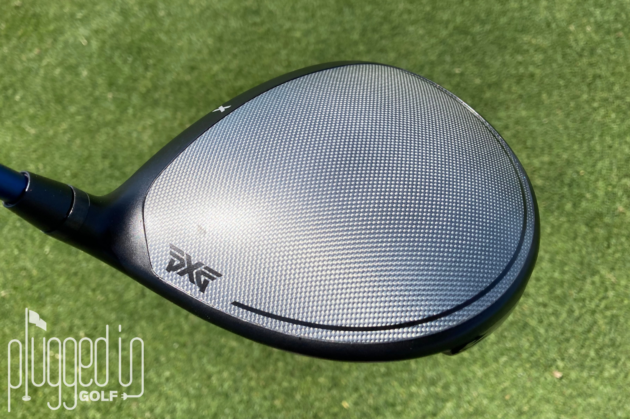 PXG has always been known for its irons.  Its woods…not so much.  The people there aren’t content with that, though.  They’re on a mission to finally produce a driver that competes and even exceeds the performance of the top sellers.  The 0311 XF Driver is one of two drivers in the GEN5 product line.  It is the more forgiving of the two.  It features a larger shape designed to provide maximum forgiveness. The other driver is the 0311 which is the all-around performer (review HERE). 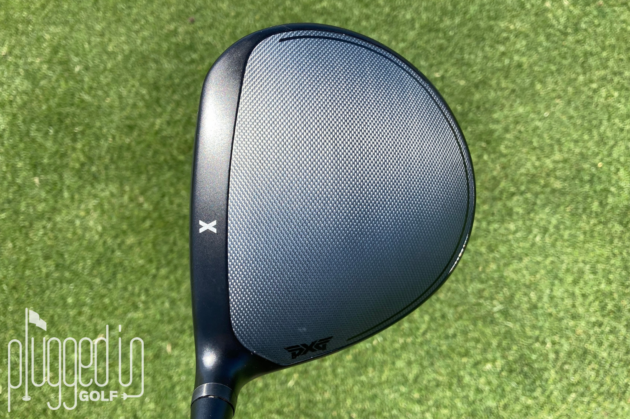 The looks of the new PXG drivers are much improved in a number of ways.  First, the AV carbon fiber on the crown – introduced in GEN4 – remains but it now takes up the whole crown and has been toned down significantly.  I thought the previous iteration was too shiny, and the rounded trapezoid shape was distracting to my eye.  With both of these issues fixed, it’s an attractive and clean look at address. 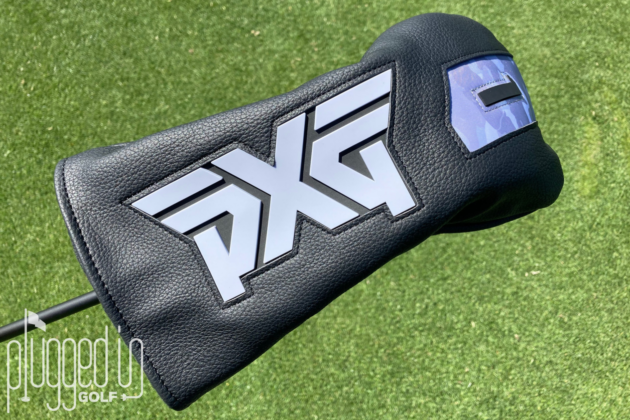 Compared to the 0311 GEN5, the XF looks very similar.  The footprint is larger but not dramatically so.  It’s longer from heel to toe, and the face is not quite as tall.  While the AV carbon fiber on the crown has been toned down, it’s still a bold look that instantly differentiates it from other drivers on the market.

Looking at the sole, the overall impression is sleek, minimal, and aerodynamic.  You’ll also notice three weight ports.  The locations of these have been shifted to the extreme perimeter in order to boost MOI and improve sound and feel.  This is a theme across the GEN5 range. 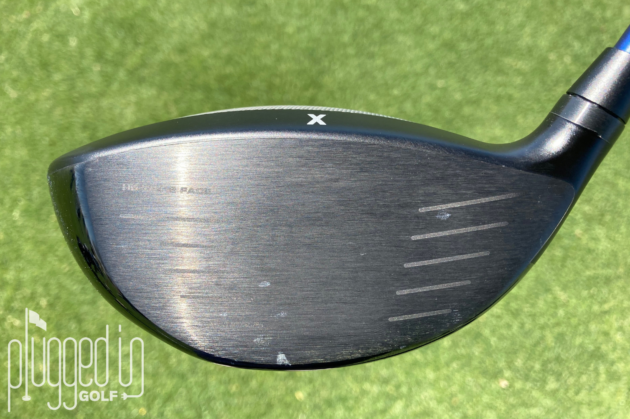 The sound of the 0311 XF GEN5 Driver is excellent and notably improved from prior versions.  It treads a nice middle ground between a higher pitched metallic sound and a dull lower pitched sound.  Explosive, full, and resounding are words that come to mind.  The ball feels like it jumps off the face.  There’s some feedback through the hands, but notably less than with the other model, the 0311.

It turns out there’s some science behind the improved sound I experienced.  It’s unusual to see something as subjective as sound in golf clubs quantified, but that’s exactly what PXG did during the R&D process for its GEN5 woods.  In an effort to understand what sounds golfers prefer and how to replicate that in its products, PXG used a process called Modal Analysis.

To greatly simplify it, it identifies various frequencies vibrating throughout an object.  This process is frequently used in industries where noise plays a vital role, such as automobiles and musical instruments.  By using this process and coupling it with player testing, it became clear that most players preferred sounds created by higher modal frequencies.

Creating a driver that produced these higher frequency sounds became a guiding principle for the design of the GEN5 drivers.  Looking at the material provided by PXG, GEN5 drivers have significantly higher resonating frequencies than those in GEN4 drivers.  They were also able to achieve these desirable sounds without the aid of TPE pads, which saved 4-6 grams of weight relative to GEN4. 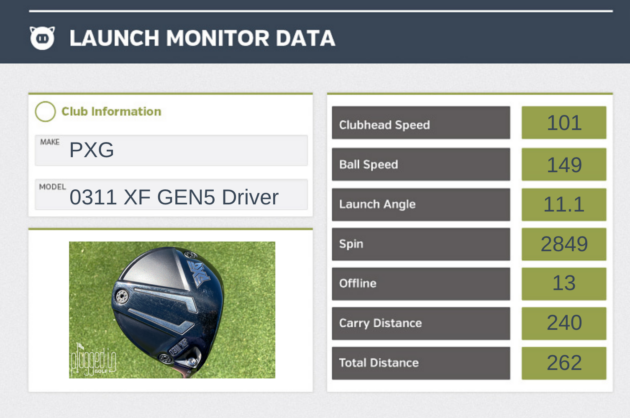 I’ve discussed the gains PXG has made with its drivers in terms of looks, sound, and feel.  Wouldn’t it be disappointing if the performance didn’t live up?  Thankfully, we don’t have to live in that world.  The 0311 XF GEN5 is an improvement in every way over the GEN4 equivalent.

Compared to the 0811 XF GEN4, the 0311 XF GEN5 has about 1 mph more ball speed, carries about 4 yards further, and spins about 300 revs less, according to OEM testing.  While not massive gains in terms of numbers, they are significant.  Coupled with the improved looks, sound, and feel, the overall impression is one that is much better overall. 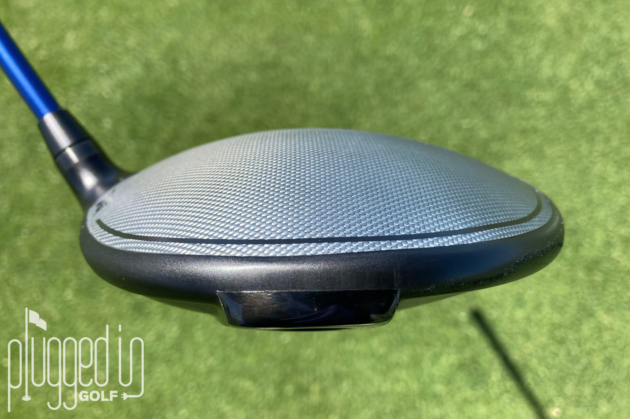 Performance-wise, there isn’t a huge gulf between the 0311 XF GEN5 and the 0311.  The 0311 XF is billed as providing max forgiveness and the 0311 is billed as providing max distance.  I squeezed a couple of extra yards out of the 0311, but the difference wasn’t dramatic, by any means.  The XF also seemed to be slightly more forgiving, but again, not dramatically so.  Thankfully, those looking for max forgiveness won’t have to feel like they are sacrificing loads of distance to get it.

I am not the fastest or most accurate with my swing.  Not every strike is going to be pure, but I felt like this driver was helping me get the most out of whatever swing I had on the day.  While PXG advertises its stock driver length to be 45.5″, they stock all available shafts in 45″ as well.  For many players (me included) taking a half inch off the driver can help create tighter dispersion. 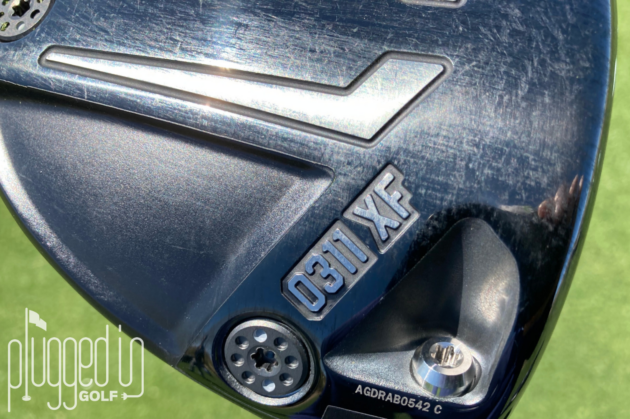 The PXG 0311 XF GEN5 driver offers a lot of forgiveness but doesn’t give up much distance in order to do so.  In my opinion, the drivers are the most pleasant surprise of the GEN5 lineup.  While PXG’s haters are likely to continue doing their thing, I think this driver is capable of converting those with open minds.  It’s also worth noting that the price is right in line with most of the top drivers on the market today. 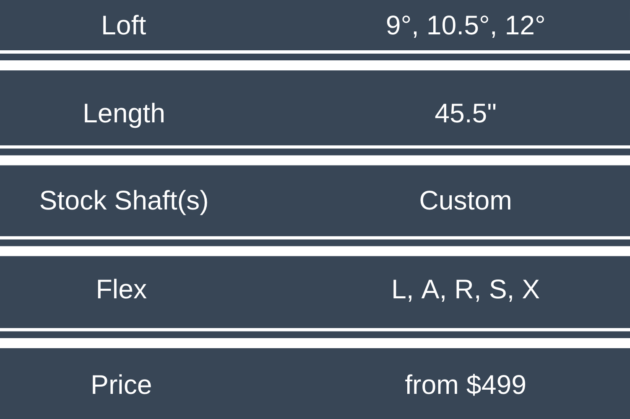