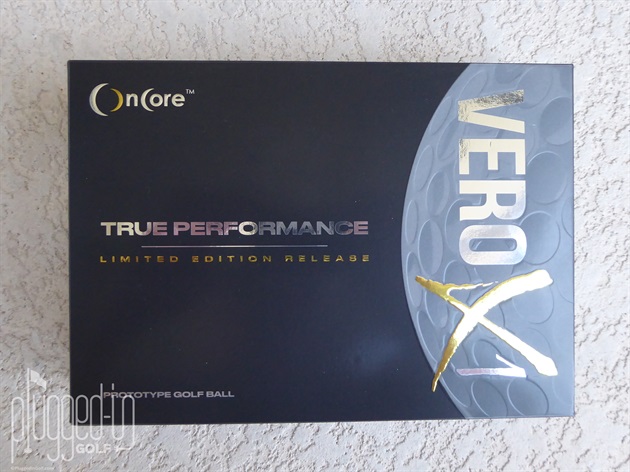 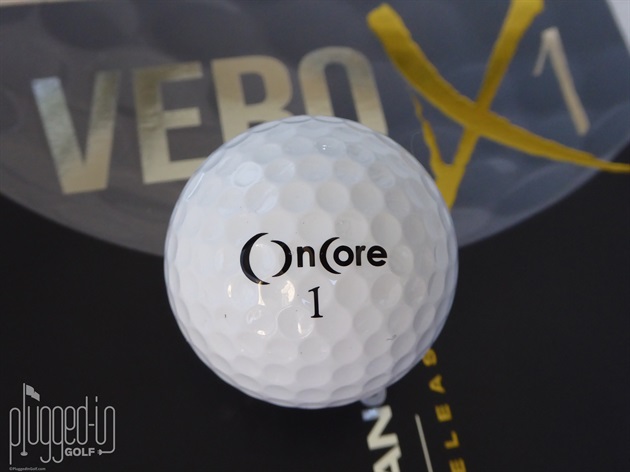 Back in 2017 when I was testing the ELIXR golf ball [full review HERE], it was challenging to find golfers who were familiar with OnCore Golf.  Today, it’s not uncommon to discover that someone in my foursome is gaming one.  Building on that success, the folks at OnCore have been busy innovating a second tour ball – the VERO X1.  Three years in the making, is OnCore’s new 4-piece ball a worthy addition to the lineup?  This statement on the VERO X1 box certainly makes a case: “the most forgiving tour ball in golf.” 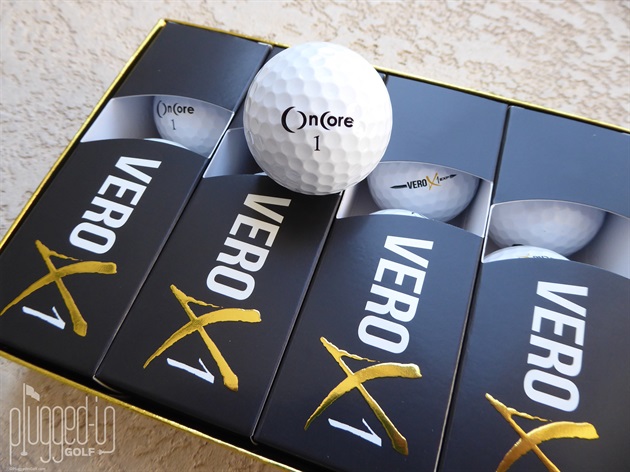 The OnCore VERO X1 has a soft, premium feel typical of tour caliber urethane golf balls.  Overall, I found it slightly firmer than the ELIXR.  Interestingly, I found the VERO X1 felt softer than the ELIXR on mid-range pitch shots.

The 85 compression, 4-piece construction of the VERO X1 is comprised of an oversized core of “proprietary formulation,” a metal infused mantle and a nano-engineered transition layer under the cast cover.  All that science works together to produce a ball with a feel that should be pleasing to most golfers. 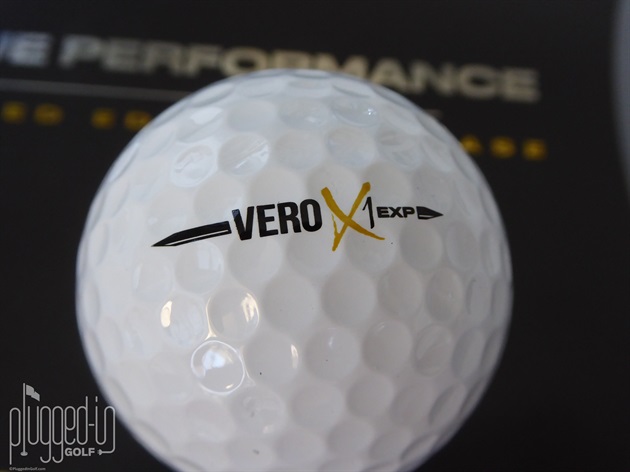 Around the green, the VERO X1 was responsive off the wedge.  Whether a delicate chip from a tight lie or higher impact chopper down in the Bermuda grass, the ball reacted just as the shot was drawn up in my mind.  Moving to full wedge shots, spin was excellent with the ball stopping right where it landed.

With my 7 iron, VERO X1 ball speed was solid with spin on the low side and a bit inconsistent (5500 rpm average).  A good launch angle kept the roll out minimal, but dispersion was concerning.  Wondering if it was more of a swing issue, I hit some ELIXRs and had a tight cluster.  On to the driver. 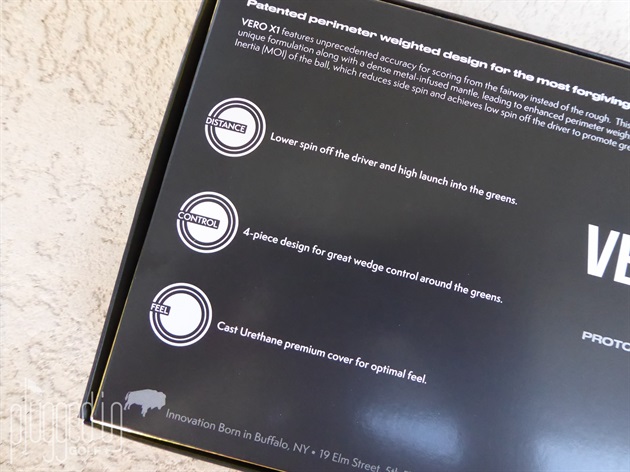 My results with driver were also inconsistent and head scratching.  At 85+ mph swing speed, I was hitting a strange mix of wonderful penetrating mid trajectory drives and undesirable low runners.  Ball speed was consistently solid (1.50 smash factor) and spin was low, averaging just over 1900, but it just seemed like the ball and I weren’t on the same page.  I engaged Matt Saternus and his 105+ driver swing speed for some additional testing.

For Matt, performance was very consistent with both his 7 iron and driver.  He reported average driver spin – in the good range, but not low as advertised by OnCore.  Asked if the VERO X1 was forgiving he said “Yes.  I think the spin is more consistent than most balls.”  OnCore attributes the forgiveness to the high MOI created by the patented perimeter weighted 4-piece design of the VERO X1. 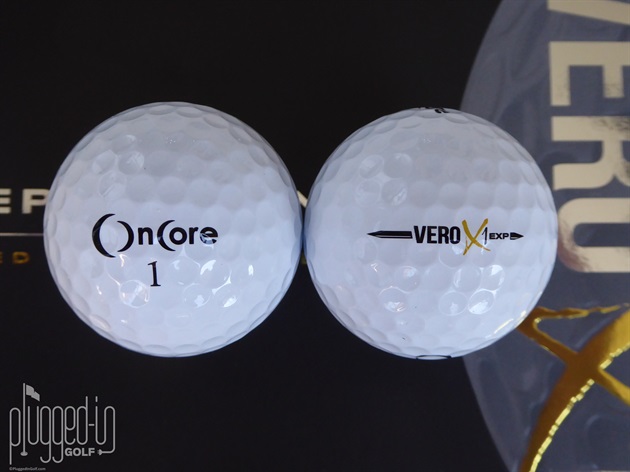 Although not identified on the website or box, our results indicated the VERO X1 is designed for faster swing speeds.  With some sleuthing I found this statement on the OnCore Instagram page: “The VERO X1 is going to be best for players with higher swing speeds above 95mph.”  We can’t confirm the VERO X1 is “the most forgiving tour ball in golf,” but it did have noteworthy consistency for Matt.  Add in great feel and control with wedges and the OnCore VERO X1 is worth a try if you have the swing speed.