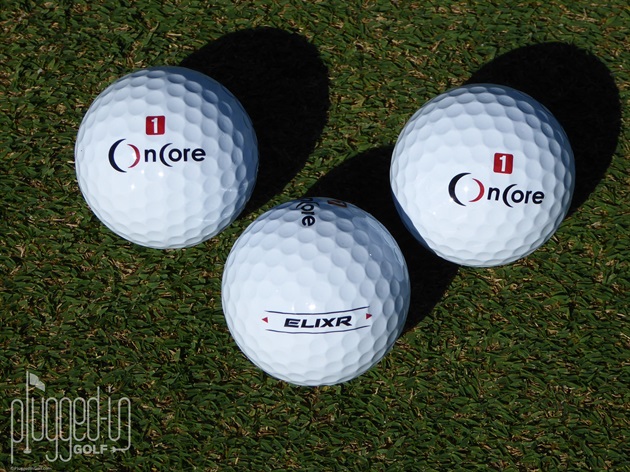 Built to be different, the OnCore ELIXR golf ball is a strong, all-round performer with a wonderful feel from tee to green.

Save 10% on OnCore Golf Balls with code PLUGIN10 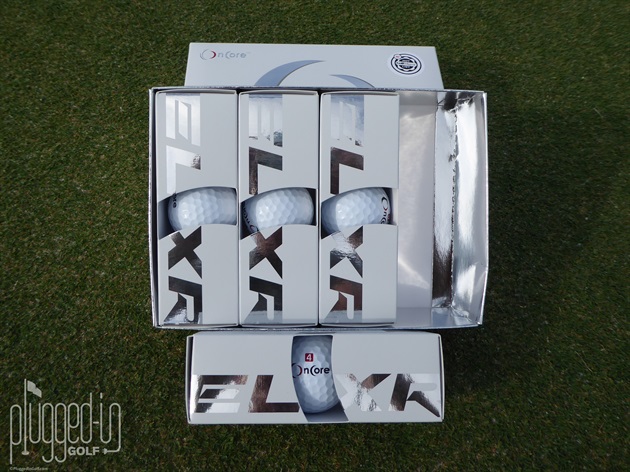 The folks at OnCore like to think differently than other ball manufactures.  My first introduction to them came a few years back when they introduced a hollow metal core ball – Caliber – which claims to have rifle type spin.  That hollow core technology is now being utilized in in the development of a ‘smart’ ball called GENiUS.  Think launch monitor data on your phone, plus findability in the woods.  Hopefully we’ll have a chance to look at that next year when it’s released.  For this review I’m focused entirely on the OnCore tour level ball – ELIXR. 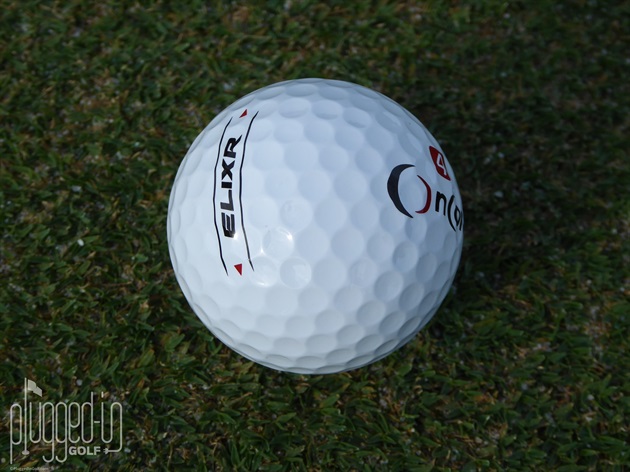 The OnCore ELIXR has a softness that is right between what most brands bill as regular and X.  The urethane cover gives the ball the expected premium level feel that separates it instantly from distance balls.  On the putter, the ELIXR feels like it’s grabbing the face for a moment, working together to get a roll engaged.  For my very common, average golfer swing speed (90 mph driver), I can feel the ball compress throughout the woods and irons.  For faster swing speeds, I consulted with a couple tour-level players who reported similar feel characteristics. 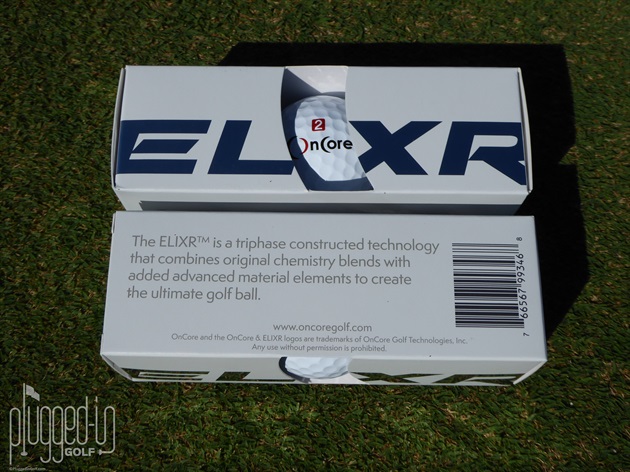 On the launch monitor at Club Champion in Orlando, the OnCore ELIXR consistently produced about 200 rpm more spin than a ProV1.  That sounds significant, but in the realm of wedge spin rates, that’s virtually identical.  Out on the golf course, I really liked the action throughout the range of wedge swings.   I believe that’s a testament to the engineering involved on the complete ball -core, mantle and cover – that it performs well across the spectrum of impact forces. 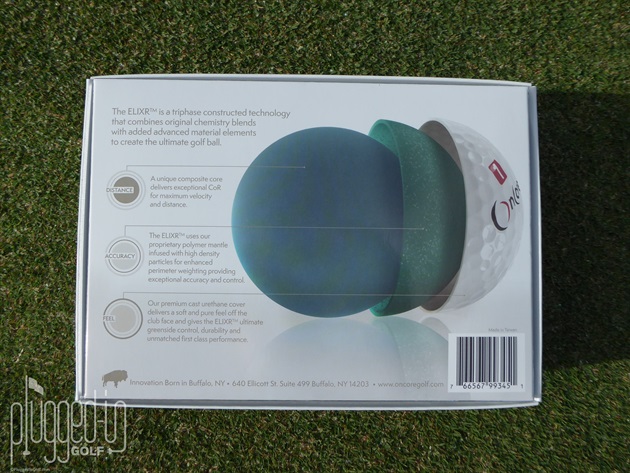 With both my 6 iron and my driver, the OnCore ELIXR produced 10% more spin than a ProV1 in the test bay.  Launch angle was also consistently a couple tenths of a degree lower than the ProV1.  Interestingly, peak ball height averaged about 4 feet higher with the ELIXR.  Total distance with my 6 iron was the same with both balls.  My average with the driver was about 10 yards less with the ELIXR, but I noticed that the quality of my strikes was better with the ProV1.  Evan, a talented player who was capturing the data at Club Champion, grabbed his gamer 6 iron and had a similar results: lower ball flight; spin up about 5%, and the same 4 foot peak increase.

Much like in the short game arena, the ELIXR performed very well for me during several rounds.  On approach shots I was finding my ball marks very close to the ball, which corroborates the trajectory stats from indoors.  I didn’t notice any appreciable distance gains or losses with my driver compared to other premium brands.  Playing in windy conditions, the ELIXR really shined.  I was a little worried about the increased spin numbers exacerbating the winds effects, but found the opposite – and I’m not sure I can explain it.  The OnCore website talks about perimeter weighting and coefficient of restitution, but I’m too long out of engineering school to tax my brain for a deeper understanding.  And remember those tour players I mentioned?  The moment I said ‘wind’ to them, they just smiled like I discovered their secret. 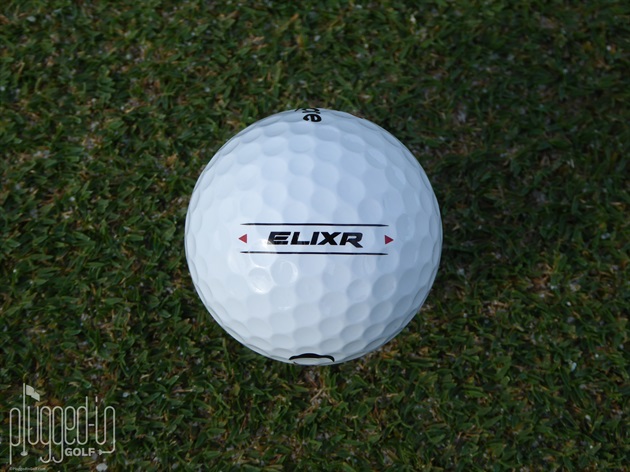 If you enjoy the feel and performance of a tour caliber ball, the OnCore ELIXR is definitely worth a try.  OnCore keeps it simple with one offering in the premium category, and from my testing and observations, it’s a ball for everyone.  At $40 per dozen, you’ll save a few dollars over the big name brands.  Durability is excellent – I haven’t retired one yet due to wear.  I don’t know about you, but it sure is nice being able to identify your ball quickly when it’s different from the ones everyone else in your foursome are using.

Save 10% on OnCore Golf Balls with code PLUGIN10